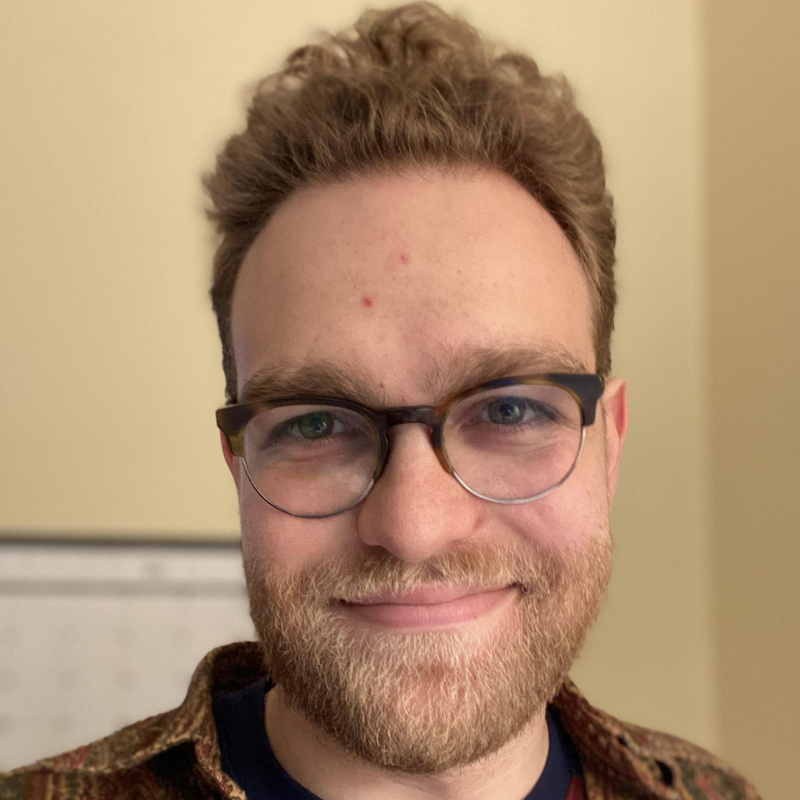 SHAKESPEARE CHARACTER THAT BEST DESCRIBES ME:

FAVORITE PLAY THAT ISN’T BY SHAKESPEARE:

Ari has been with ASC since November 2019. Before coming to Staunton, he worked as a substitute teacher, pizza delivery driver, synagogue office manager, and Assistant Company Manager at American Players Theatre in Wisconsin, as well as completing an apprenticeship and an internship at the Shakespeare Theatre of New Jersey. While earning his BFA in Drama from NYU’s Tisch School of the Arts, Ari was the Artistic Director of Shakespeare in the Square NYU, an outdoor Shakespeare company founded by ASC’s own Dan Hasse. Directing credits include Henry V, Much Ado about Nothing, and King Lear (SITS NYU), and Equivocation at the University of Wisconsin-Madison.