The Winter-Spring 2014 issue of the Playhouse Insider, celebrating the shows in the Actors’ Renaissance Season and the World’s Mine Oyster Tour, is on-sale now in the Box Office and will soon be available for purchase through our online shop. 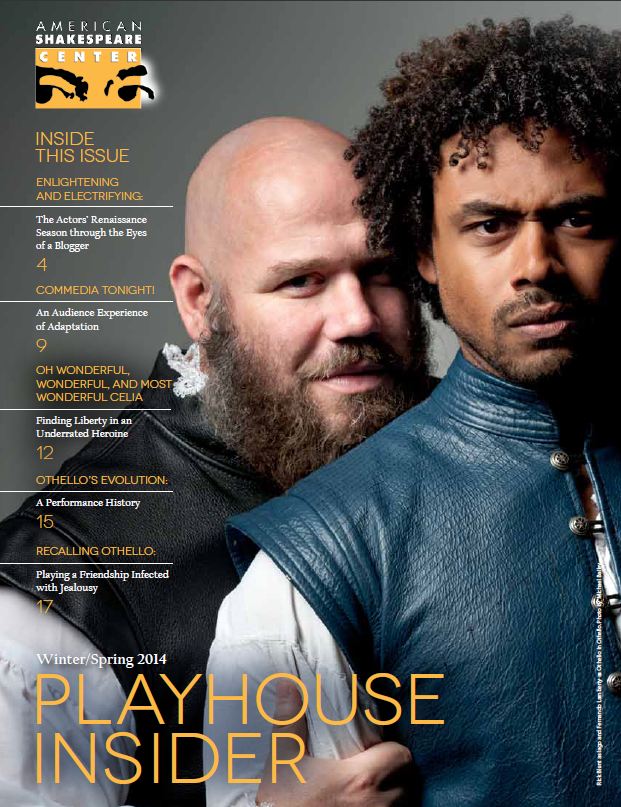 With this magazine, we hope not only to introduce readers to the fascinating shows in these seasons, but also to provide a spectrum of viewpoints from the wonderful scholars, artists, and audience members who love these plays as much as we do.

Would you like to write for an upcoming issue of the Playhouse Insider? Email Cass Morris to find out more.