Every Thursday at around 10 AM, sleepy little Staunton is happily bombarded by school buses as hundreds of students unload and make their way to the Blackfriars Playhouse. Our weekly “School Matinees” are a different breed of show; not only do the booking processes differ from our other shows, but the audiences (who are such an integral part of every performance here) have a notable effect on the tenor of the shows. Having a younger demographic in the playhouse can highlight different moments in the play and provide a unique experience for everyone, including the actors.

Some students arrive at the playhouse having read and analyzed every line of that day’s play; others come in cold, having read other Early Modern plays, but not the one they are seeing. Pre-show classroom methodologies abound, but there is something to be said for any pedagogical style that brings students face to face with Early Modern plays here at the American Shakespeare Center. The fact remains that, whether or not they have been prepped for each line, students genuinely like this stuff. It is rewarding to hear their laughter at clownish antics or see their shock as plots thicken. They have incredibly honest reactions to the language, none of which the actors simplify for the student audience. 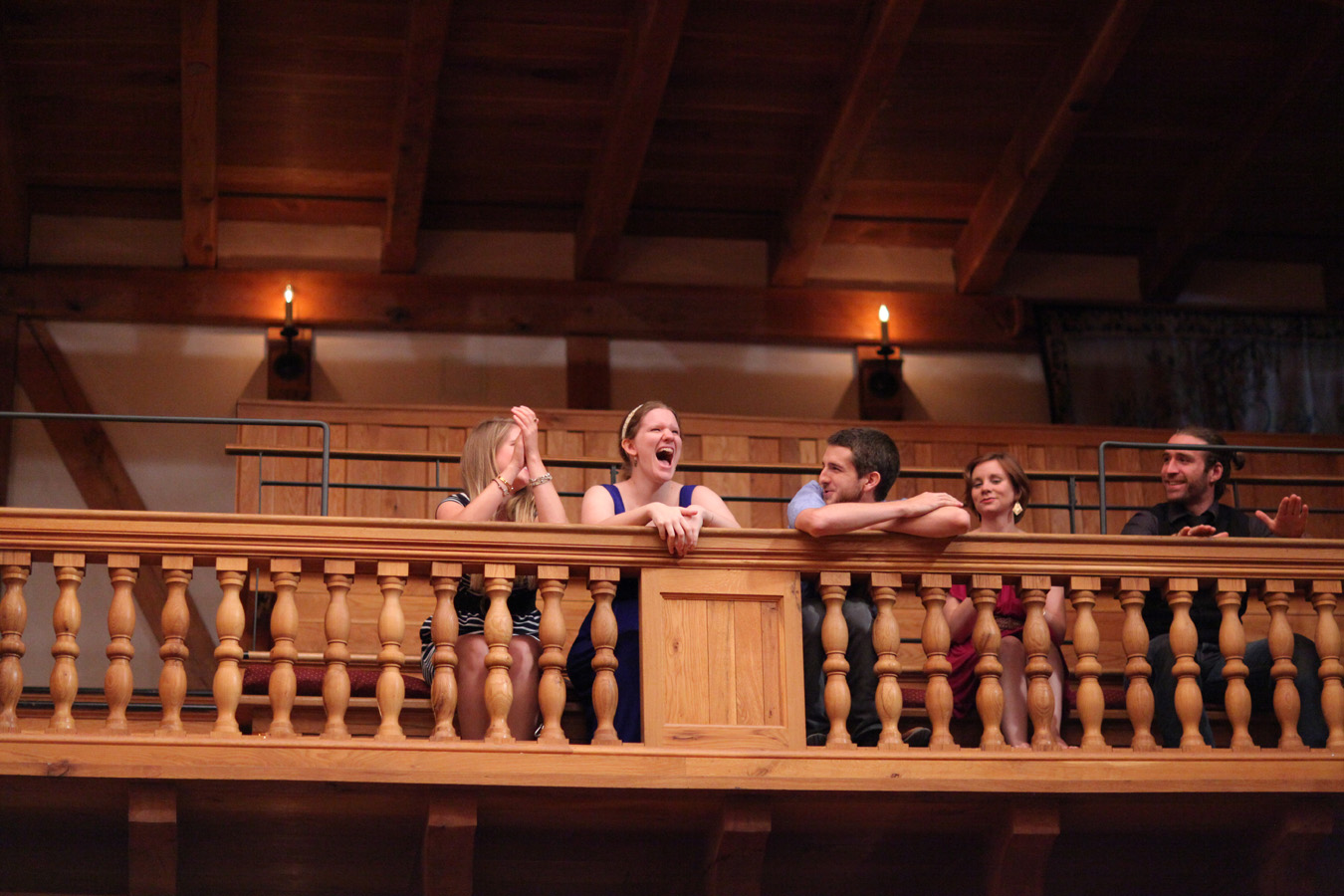 After each student matinee, some of the actors come back out onstage for about 15 minutes of audience questions, called a talkback. I sat in on a recent talkback for Othello, where actors Rick Blunt, Emily Joshi-Powell, Joey Ibanez, and Patrick Midgley fielded audience questions. During the talkbacks, it’s easy to tell that the students are approaching the plays from a variety of backgrounds, as the questions run the gamut between theatrically-inclined and scholarly-minded. My favorite question and answer of the day went something like this…

Student: “What are the qualifications to be an actor at the American Shakespeare Center?”
Rick Blunt: “Well, it’s a lot like the NFL. If you can play, they will hire you. None of us here have had the same track. We do this because we love it, and that’s the main qualification.”

Each of the actors went on to talk about their various paths; what kind of education they have had and how much professional acting experience they have acquired. Joey Ibanez then added that knowledge of music helps, which will come as no surprise to those who have been to a show and witnessed firsthand the breadth of musical talent these actors offer. 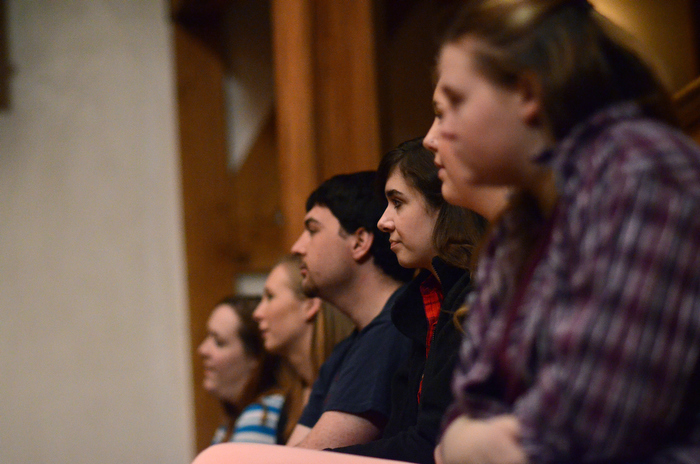 A few weeks ago, during a talkback after a matinee of As You Like It, a student asked about the character Phoebe and her starry-eyed shepherd, Silvius. The question was something to the effect of, “Was Phoebe actually happy when she married Silvius at the end of the show?” The actor who played Silvius, Andrew Goldwasser, spoke about the challenges of making those kinds of decisions as an actor and said that one of the reasons he loves Shakespeare is because his plays tend to spark these kinds of questions, even when they are over. He encouraged the students to pursue those questions further with their friends and teachers.

When I watch the smiling, chatting students walk out of the theater after each talkback, I can tell that the end of the session isn’t the end of the conversation. It’s just the beginning.

The Gameflow Interactive Developer builds strategic and creative websites, applications, and brands that are designed to activate your audience.