Greetings from London! As I sit in the world’s nicest airport coffee shop, where tomorrow we will be greeting our NKSC 2016 travelers, I can share with you the final entry in our preview series: Stratford-upon-Avon, home to William Shakespeare himself.

Stratford is a town in Warwickshire roughly the same size as Staunton, Virginia, with about 25,000 residents. It, however, sees nearly 5 million visitors in a year (would that we were so fortunate!), and most of those do come to see the home of Shakespeare and productions by the Royal Shakespeare Company. It began life in the 12th century as a market town, but soon made its fortune off of Cotswold wool and tanning. Actor David Garrick was responsible for starting up the town’s tourism industry when he held the first Shakespeare Jubilee in 1769. Garrick built the first known theatre in the town for the occasion, nearly in the same riverside location as the modern Royal Shakespeare Theatre, but it was subsequently washed away when the Avon flooded.

Stratford-upon-Avon is also the home of the Shakespeare Birthplace Trust, an organization caretaking those properties relevant to Shakespeare’s life: 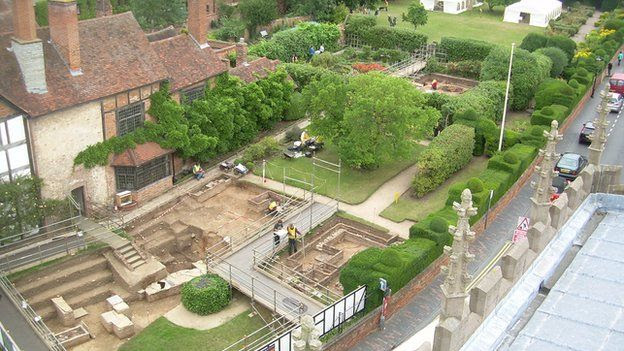 The current buzz in Stratford-upon-Avon is about Shakespeare’s New Place, his family home from 1597 until his death in 1616. The house passed through various owners until the 1750s, when Reverend Francis Gastrell, annoyed with curious onlookers, first destroyed the gardens, then demolished the entire house. The Birthplace Trust, however, has excavated the site and has been able to reconstruct a floorplan of what the house was probably like during Shakespeare’s lifetime as well as before or after. Evidence suggests that not only did he buy the second-biggest house in Stratford — suggesting that his wealth was already considerable by 1597, even before he had written some of his most famous plays — he also made additions and improvements to it. These revelations give a fascinating look at the home lives of middle class English families during the Tudor and Stuart eras, including information on what remodeling and gardening projects would have been considered status symbols at the time. During our trip, we’ll find out what the neighbors would have had to do to “keep up with the Shakespeares.” 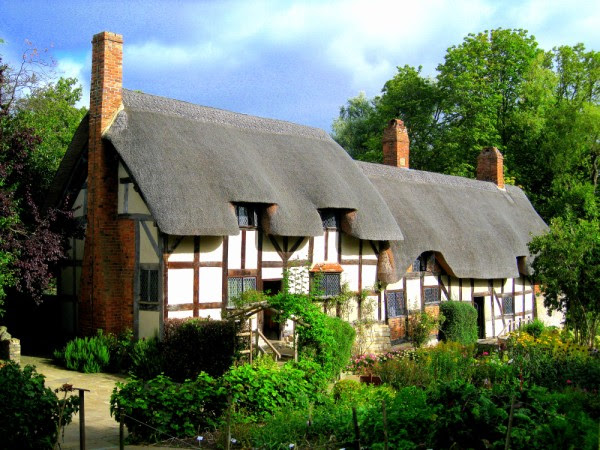 Originally a farmhouse, the building known as Anne Hathaway’s Cottage was in fact home to the Hathaway family for generations. It was constructed in 1463, and someone of the Hathaway line lived there until 1911. Fittingly, the Birthplace Trust uses this location to educate visitors about Tudor-era courtship, so our travelers will be able to learn about them and envision how William and Anne got their start in life.

Since we are, ourselves, educators, we’re excited to visit King Edward’s School. Though the school’s early records were lost in a fire, scholars believe that, as the son of an alderman, William Shakespeare would have attended King Edward’s as a boy. Originally a religious school from the 13th century, it passed into civic hands during the reign and Protestant reformations of King Edward VI. Along with it came lands, whose proceeds were intended to support the school and the education of Stratford-upon-Avon’s youngsters in the future. 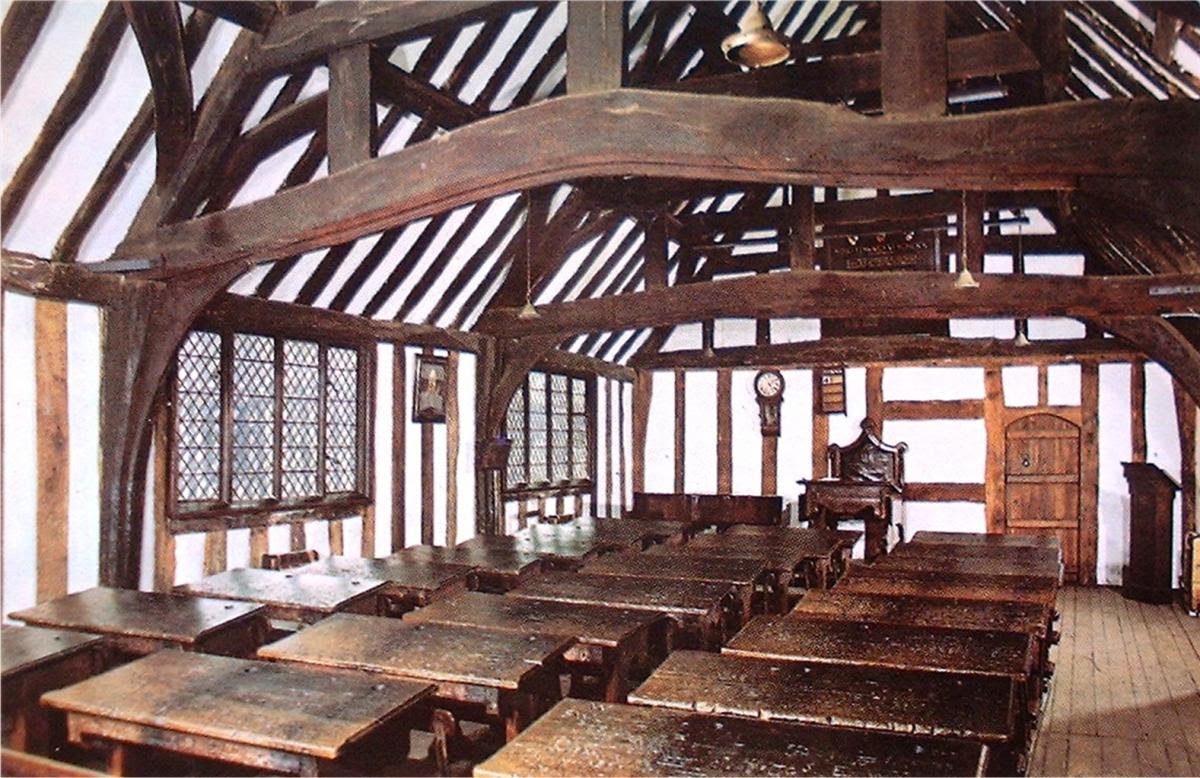 When Shakespeare has Jacques in As You Like It speak of the schoolboy “creeping like snail, unwillingly”, we can imagine young William doing so in the Upper Guildhall, pictured above. During the summer, school began at 6am and would continue until dark; winter brought a bit of a reprieve, with class starting later and ending earlier, though students were still expected to supply their own candles for the dimmer hours. From the age of six or seven, young Elizabethans would learn the trivium of education: grammar, logic, and rhetoric. If a boy stayed in school long enough, he might move on to the quadrivium, considered essential for philosophy: arithmetic, geometry, music, and astronomy. King Edward’s is also likely where Shakespeare picked up the “little Latin and less Greek” Ben Jonson accused him of having, as well as where we can imagine him getting the taste for the stories of Roman authors Ovid, Seneca, and Plutarch.

We’ll also visit Hall’s Croft, the home of Shakespeare’s daughter Susanna and her husband, Dr. John Hall. Described as “a compassionate and diligent physician” by the Birthplace Trust, Dr. Hall preferred the use of herbs and animal extracts in his treatments, as opposed to relying on astronomy or bloodletting. The Birthplace Trust has re-created gardens much like what he may have kept in order to source his own supplies.

Though Shakespeare never wrote of Stratford-upon-Avon in his plays, Ben Jonson made reference to William’s origins in the introductory poem to the 1623 First Folio:

Sweet Swan of Avon! what a sight it were
To see thee in our water yet appear,
And make those flights upon the banks of Thames
That so did take Eliza, and our James!
But stay, I see thee in the hemisphere
Advanc’d, and made a constellation there!
Shine forth, thou star of poets, and with rage
Or influence, chide, or cheer the drooping stage;
Which since thy flight from hence hath mourn’d like night,
And despairs day, but for thy volume’s light.

Hopefully through these locations, we’ll be able to envision the life Shakespeare would have led at home, from boy to man. We’ll also be seeing two Royal Shakespeare Company productions: on July 15th, we travel over from Broadway for The Alchemist, and on July 16th, following our day in Stratford, we’ll enjoy A Midsummer Night’s Dream.

So that, dear readers, is the end of this preview series — but only the beginning of the adventure! If you’d like to follow along as we travel, check out the tag #NKSC16 on Twitter, Facebook, and Instagram. I’ll be posting photos throughout the trip.