After last Saturday’s performance of Peter and the Starcatcher, the campers got a special treat – their very own meet ‘n greet with the very people they’ve been watching perform on the Blackfriars Playhouse stage, learning from in Workshops and Master Classes, and generally idolizing since camp began: the actors! 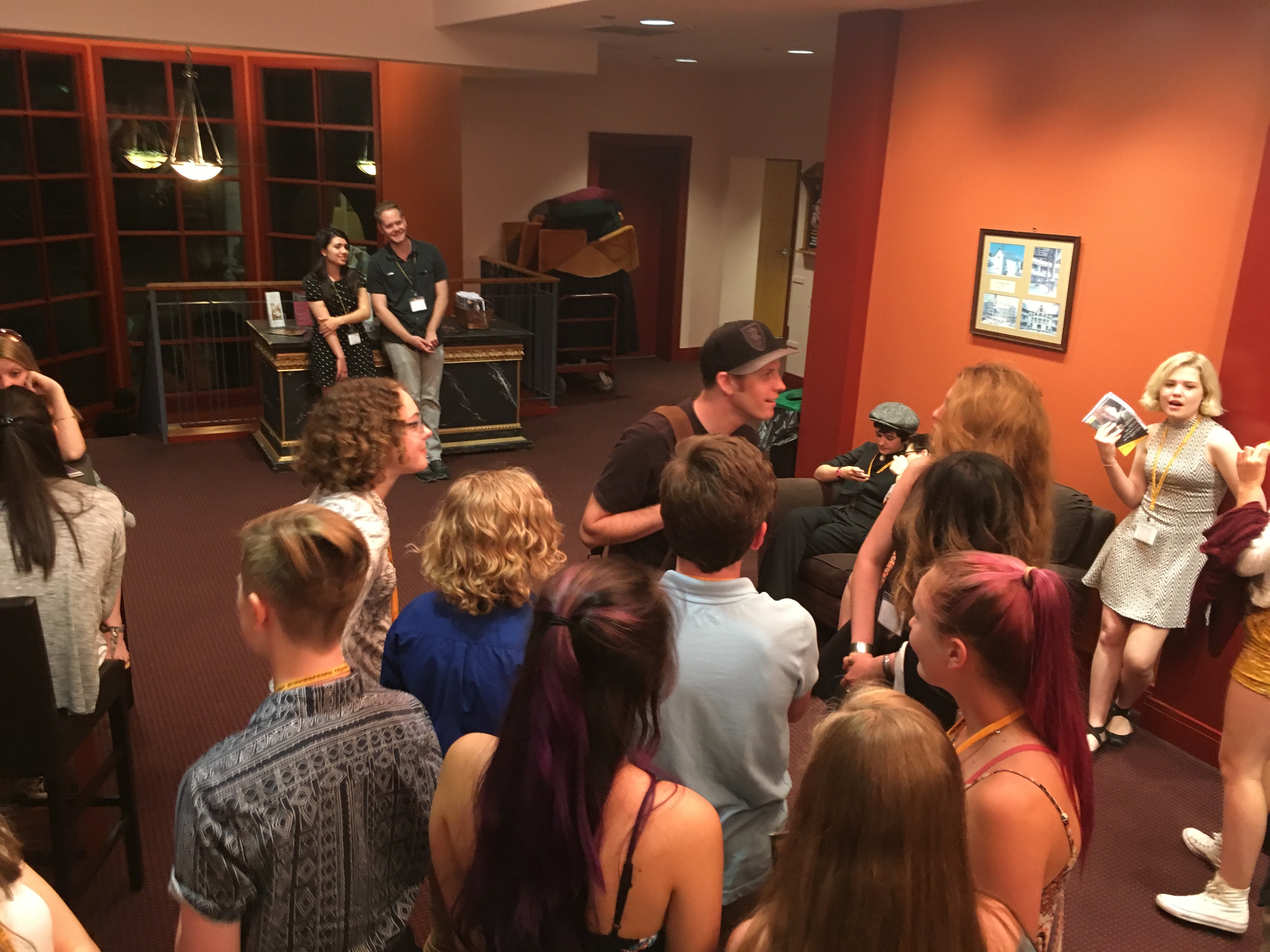 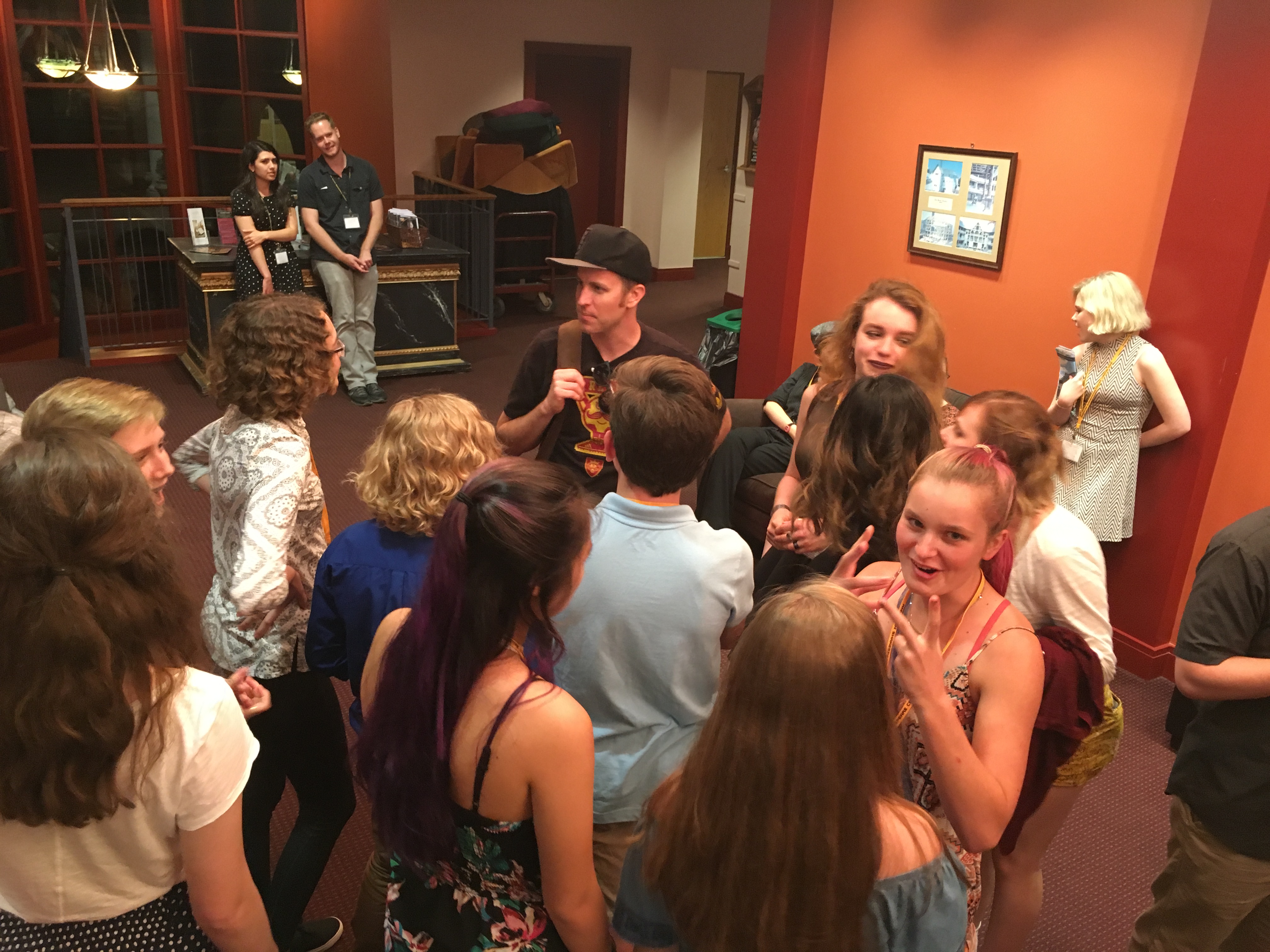 Chris also teaches the campers’ music workshop, which takes place at the beginning of the second week. 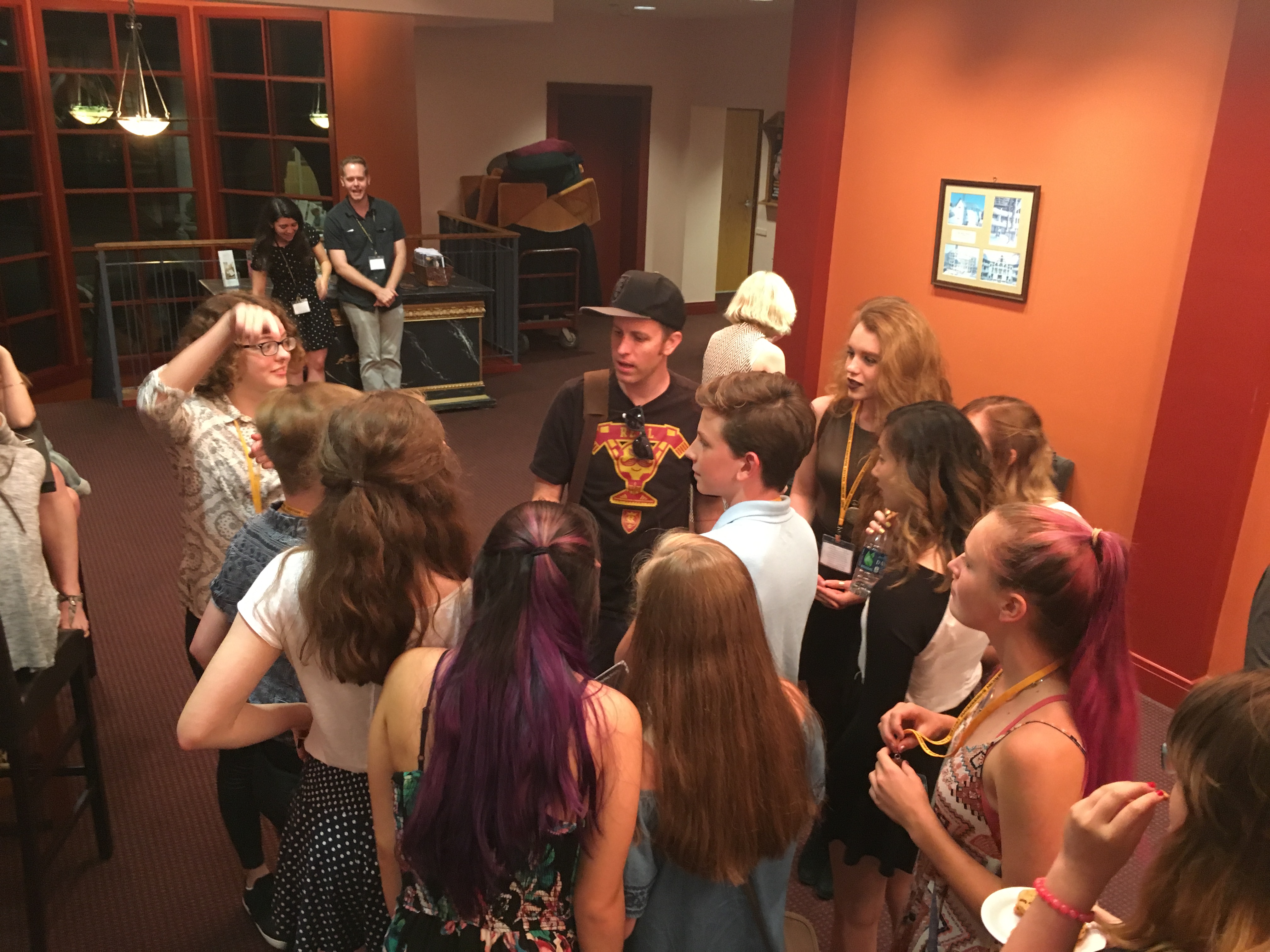 Chris has been with the ASC since 2006, and is currently playing Dogberry in MUCH ADO ABOUT NOTHING and Don Armado in LOVE’S LABOUR’S LOST.

It’s both endearing and entertaining to watch these young thespians interact with their professional counterparts. I hope you enjoy these photos as much as I enjoyed taking them. 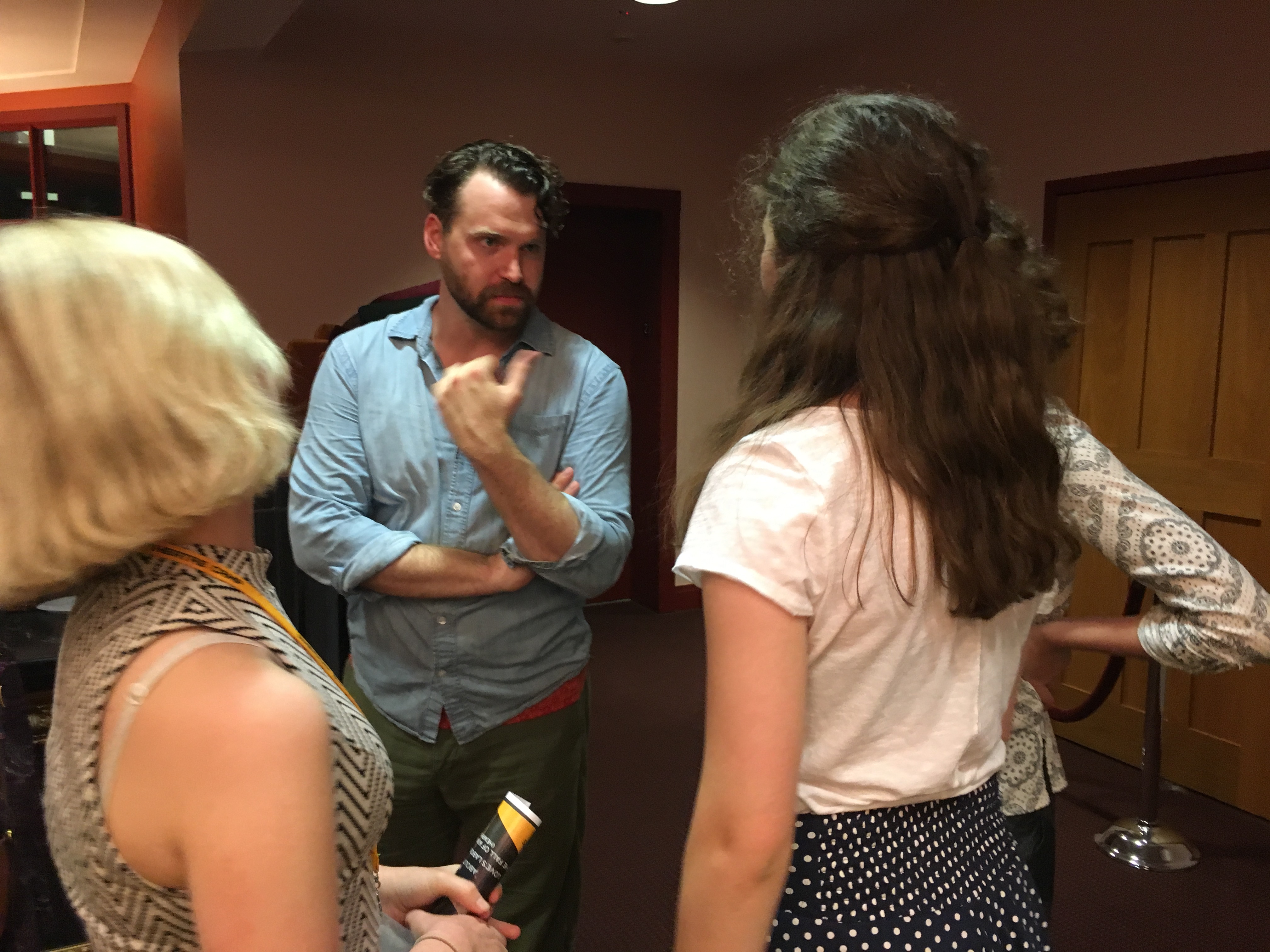 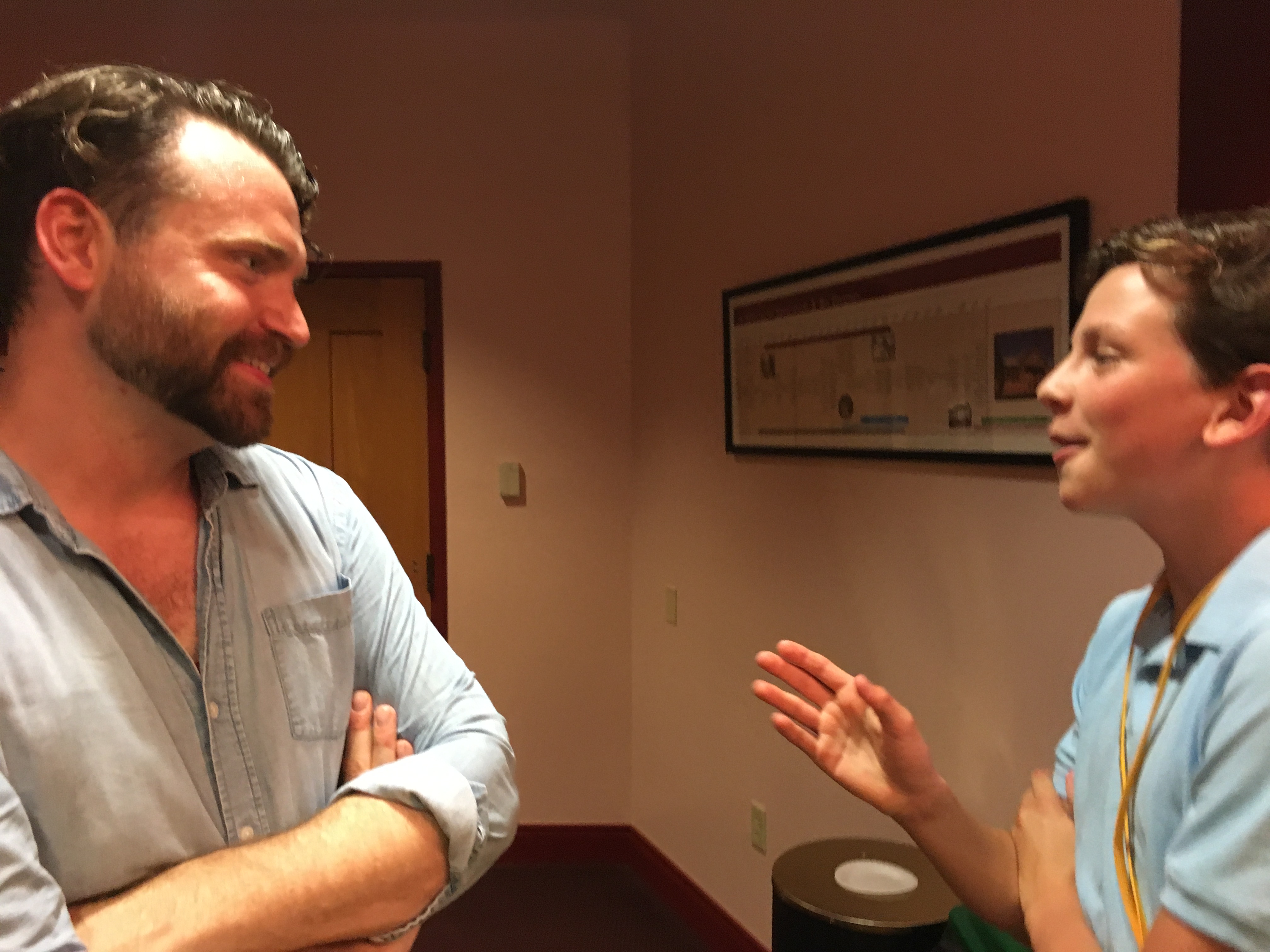 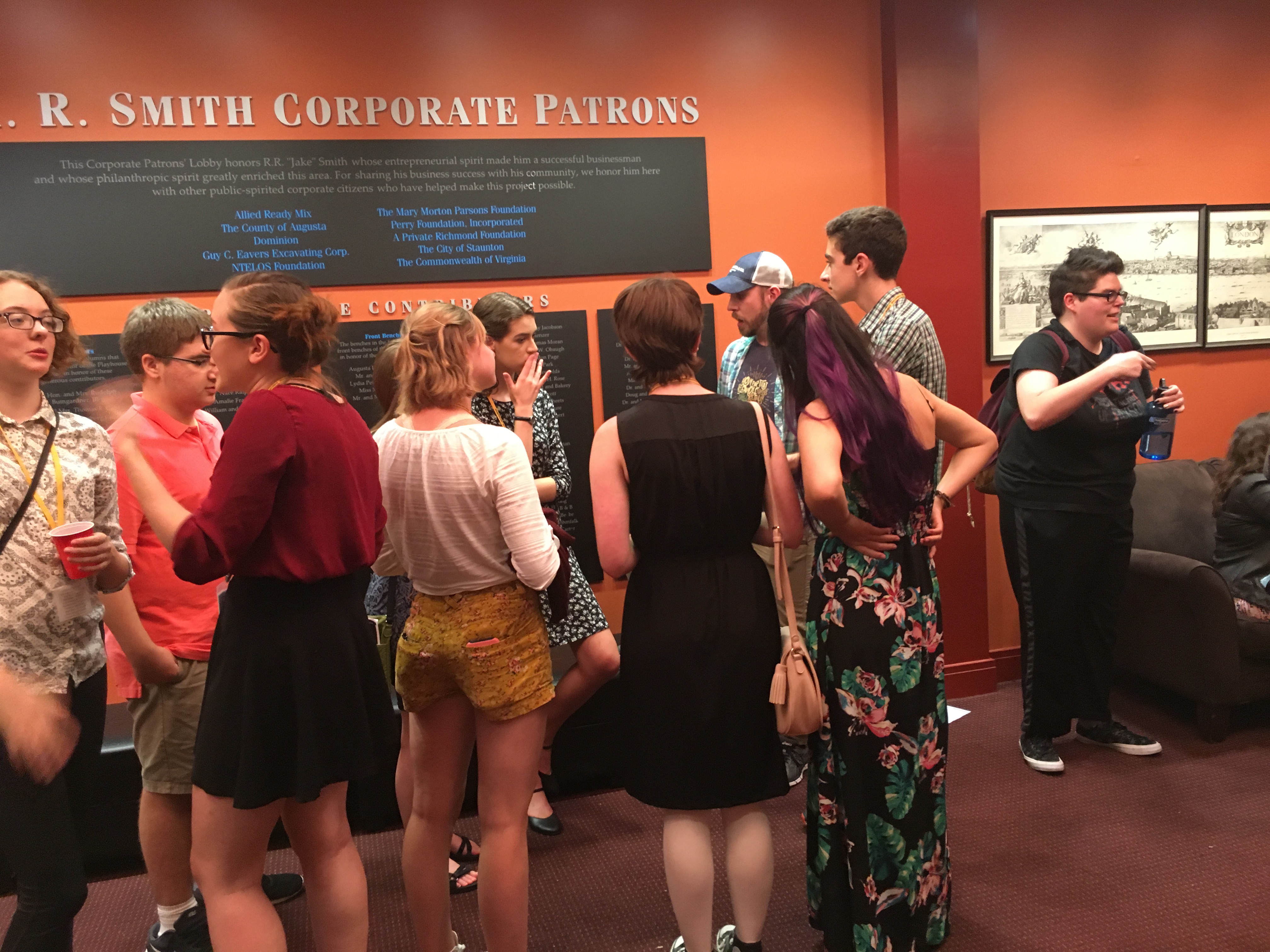 Tim Sailer (back, right, in the baseball cap) has been with the ASC for several years, and has actually performed in every single kind of season we currently offer: he’s been on tour, in residence, performed in our Holiday season, and been part of the Actors’ Renaissance Season. 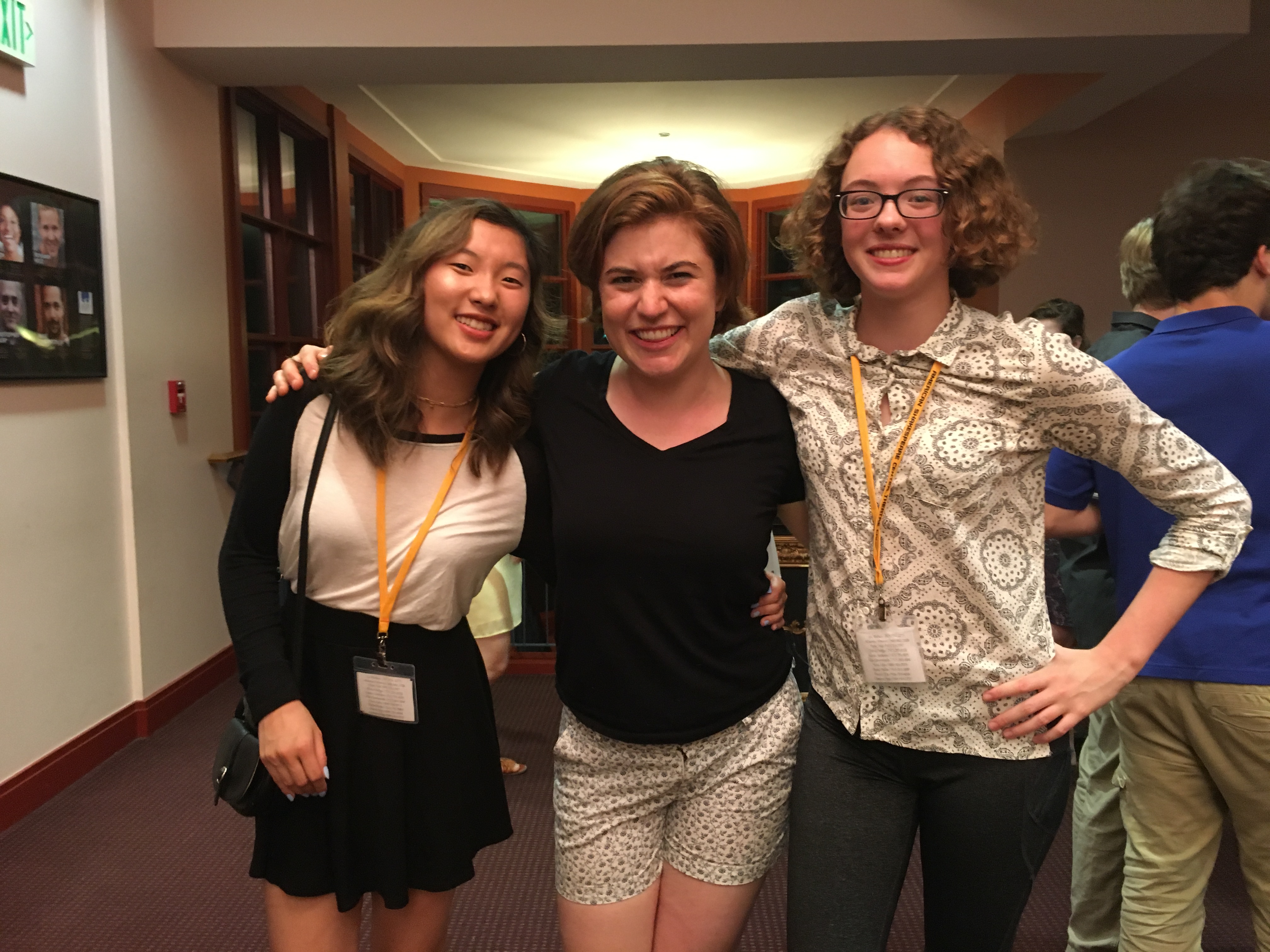 This summer marks the first season we’ve had Allie Babich (center) — and her unbelievable, operatic VOICE — in the troupe.

On the other side of the spectrum, this summer marks Greg Brostrom’s (center, left, identifiably male) first season with the ASC.

All in all, it was a pretty great night. Wasn’t it, Shawn? 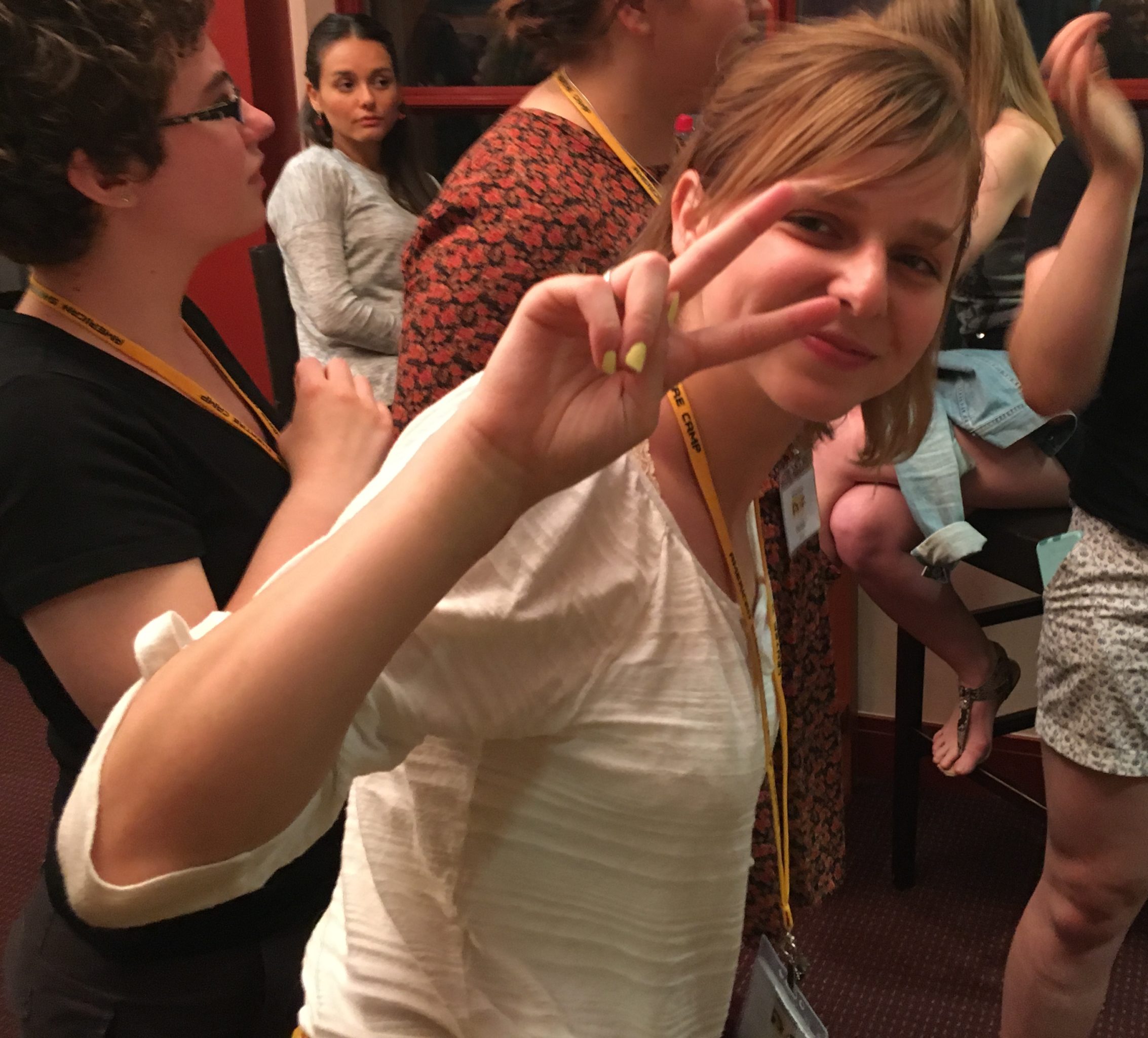