Now that our play is all blocked, we’re taking the next bigs steps: text work and music! As the campers analyze more deeply why the characters are choosing those particular words at those particular moments, new motivations and emotions are coming to light. Who knew that the way you stress the words in your dialogue could affect the entire meaning of a line? Well, most people at the ASC, probably, but not a lot of the campers. Each day we make new discoveries about why scansion and rhetoric are so important (and SO COOL). A closer look at the text also reveals some seriousness in the play that is not initially apparent. The scene in which the King refuses to grant the Princess of France Aquitaine, for instance, is so much more dramatic now that the campers have a better understanding of the text and what is at stake for these characters. It turns out there is much more seriousness to this seemingly lighthearted play than meets the eye. This play is not just about love and courtship. It is about war and death. A closer look at the historical context of the play, as well as some obscure references in the text, makes that evident.

Among the merriment, death has a constant presence in this play. First, the princess kills a deer when hunting. The deer seems trivial, but anyone who has read As You Like It knows that a dead deer can be a PRETTY BIG DEAL to some people (*cough* Jaques *cough*). Not only this, but the princess has a whole monologue about how she has no regret for killing the deer. Oddly…morbid. Holofernes even writes an epitaph for the dead deer. A comedic epitaph. Again, sad in strangely silly way. Moreover, there is a really random reference to the fact that Katherine’s sister died because her love was unrequited. WHY IS THIS NOT A BIGGER DEAL. It’s like death is there but no one is really talking about it or coming to terms with it– until the King of France dies.

In a surprisingly somber moment, Mercade “came into an artificial world to announce a piece of news that was real” (Brook). All of the references to death and grieving that were simply jokes suddenly seem real. Bobbyann Roenen notes that “there is perhaps nothing like that moment in the whole range of Elizabethan drama.” Some believe that sobering ending is possibly based on the end of a French novel, L’Academie Francaise, which had just been translated to English at the time, and Shakespeare likely read (Caroll). This inspiration may explain why this ending is so different from the endings of all Shakespeare’s other comedies. The moment serves a crucial purpose: leading the plot to the much darker place that the dialogue has been hinting at.

Not only is the idea of death ever present, but also the idea of war. Characters are constantly using language of battle. Boyet introduces the concept, complaining that the Princess is to be housed in the field like “one who has come to besiege his castle” (2.1.231) The relationship between Rosaline and Biron, too, is often referred to as a “civil war of wits” (2.1.222) Even the courtship aspect involves some martial language. When Boyet comes in to tell the women that the men are disguised as Russians, he makes comments like “I am stabb’d with laughter” (5.2.715) and “Arm, wenches, arm!” (5.2.718) So unnecessarily violent? The Princess buys into it, referring to Boyet as “scout” (5.2.721). Even the comedic show Holofernes and Nathaniel device about the Nine Worthies make many references to violence as it is about warriors. It also ends in a real fight between Armado and Costard. Most notably, play includes a very literal threat of war. The King of France and King of Navarre are having a dispute over Aquitaine, a region much larger than Navarre itself. The conflict that brings the Princess to Navarre in the first place could easily cause violence to break out.

The most interesting interpretation of the play, though, comes in when you look at the historical context of the character’s names. Though Ferdinand was never a king of Navarre, the character is still likely a reference to a living person. Navarre was, in actuality, a small Protestant region that contained modern day northern Spain and southern France. The most famous king of the region was Henry, who married the Catholic princess of France (Hm? Kinda like how the King of Navarre in this play marries the Princess of France?). When the Navarre Protestants came to France for the wedding, though, the Catholics were not so happy about that. Thus began the St. Bartholomew’s Day massacre. Protestants were slaughtered in the streets. Somehow, though, Henry still ends up becoming King of France. But he recognized the religious turmoil and decided that the best political move was to convert to Catholicism. As he famously said, “Paris is worth a mass” (one of the lines that bring back all those distressing memories of AP Euro). Even though there’s no way to know for sure, it’s pretty evident that this is the event the play is referencing (Cole). In fact, Biron and Longaville were the names of two loyal followers of Henry of Navarre (Carroll).

At the time this was a BIG DEAL, and Shakespeare’s making reference to it would have been no small matter. Naturally this move was widely controversial, especially in England. Back when Protestant England was competing with Catholic Spain, they were trying pretty hard to ally with France, considering the number of Protestants there (despite the fact that the monarchy was still Catholic). So the English were not to happy about this whole conversion thing. Richard Wilson argues that, “So outrageous was Henri’s abjuration to English Protestants […] that Love’s Labour’s Lost may be the only Elizabethan literary text,” Richard Wilson has argued, “that dares, even elliptically, refer to it” (Carroll). Oddly enough, this seemingly light-hearted play would have been incredibly politically controversial. 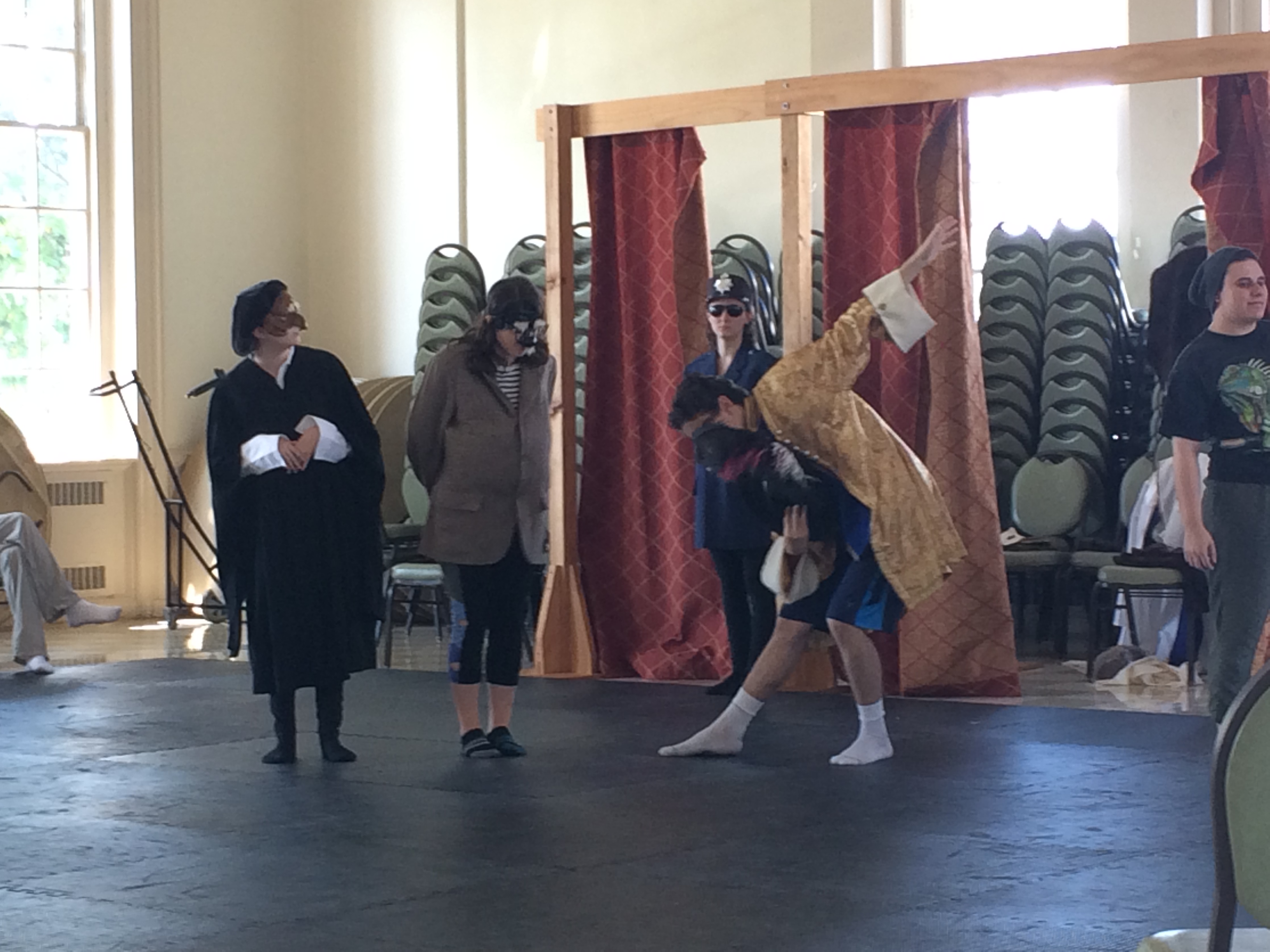 Though the Navarre thing is the most political reference, the other names in the play are also references to military figures. For  instance, the name of the schoolmaster, Holofernes is a biblical reference.

In the Bible, Holofernes is an invading general of Nebuchadnezzar, or as I like to think of him, the guy in that disturbing Romantic era painting (if you want to see a disturbing Romantic era painting, just look up “Judith Beheading Holofernes.”) And then there’s Don Armado, who, though comedic, is in many ways a military character. For one thing, he makes many references to being a soldier (e.g. “As it is base for a soldier to love…” (1.2.144)) Plus, “the Spanish Armado” sounds an awful lot like the Spanish Armada. You know, that time Spain tried to attack England with its navy and failed miserably? And that would have happened not long before Love’s Labour’s Lost was written. Armado is all big talk and appearances, until he actually gets challenged to a fight, at which point he reveals he can’t fight because he doesn’t have a shirt. Moth also references the fact that though Armado is all about his boastful presentation, he is actually very poor. Sound like it could be a reference to anything? Shakespeare satirizes France and he satirizes Spain. Shakespeare is just roasting everyone in this play.

If there is such a feeling of dread and war hanging in the play, though, why does nobody take it seriously? Well, no real war has happened. It’s just threat no one feels they actually have to worry about. A much different atmosphere is different in a play like, say, Much Ado About Nothing.

In Much Ado About Nothing, the war has just ended.

The soldiers are returning home.

Instead of throwing their faith at their beloved, the lovers in this play are careful.

Beatrice and Benedick are guarded with their affections. Claudio suspects he has lost Hero twice. And Beatrice wants Claudio dead. 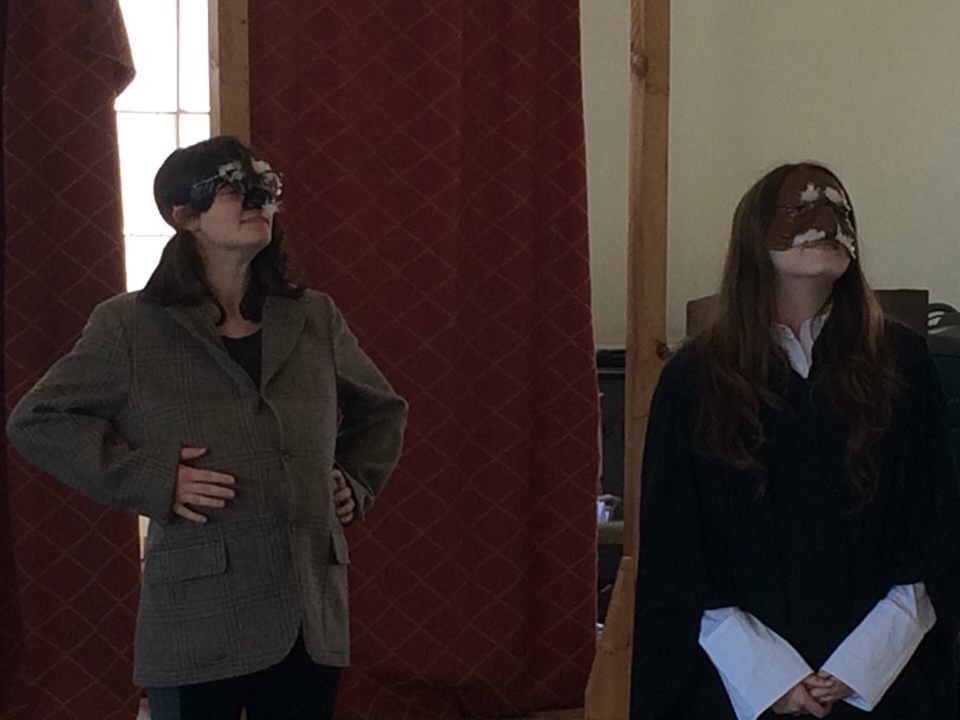 Eventually, everything turns out okay, but it took a while to adjust to normal life after the war.

Why is this important? Well! I’ll tell you.

Some people think that Much Ado About Nothing is Love’s Labour’s Won.

But yeah, because think about it. It is the exact opposite of Love’s Labour’s Lost. As in a Greek tragedy, the violence happens offstage. We see prewar and postwar, but nothing in between. In fact, the Royal Shakespeare Company one performed the two shows to express this,  on “either side of the First World War [… Love’s Labour’s Lost] conjuring up the carefree elegance of a pre-war Edwardian summer; the other [Much Ado], in a post-war England when the world has changed forever” (“Love’s Labour’s Lost”) In a 1988 American production, the show is set on the brink of World War II, and it implies that Biron is killed in the war before he is able to return and marry Rosaline.

So that’s my theory. Or, rather, the theory of some scholars I researched and, based on all I read, I am inclined to agree with. In its references to the possibility of war, Love’s Labour’s  “suddenly introduced an enigmatic coexistence of light and dark” (Carroll).