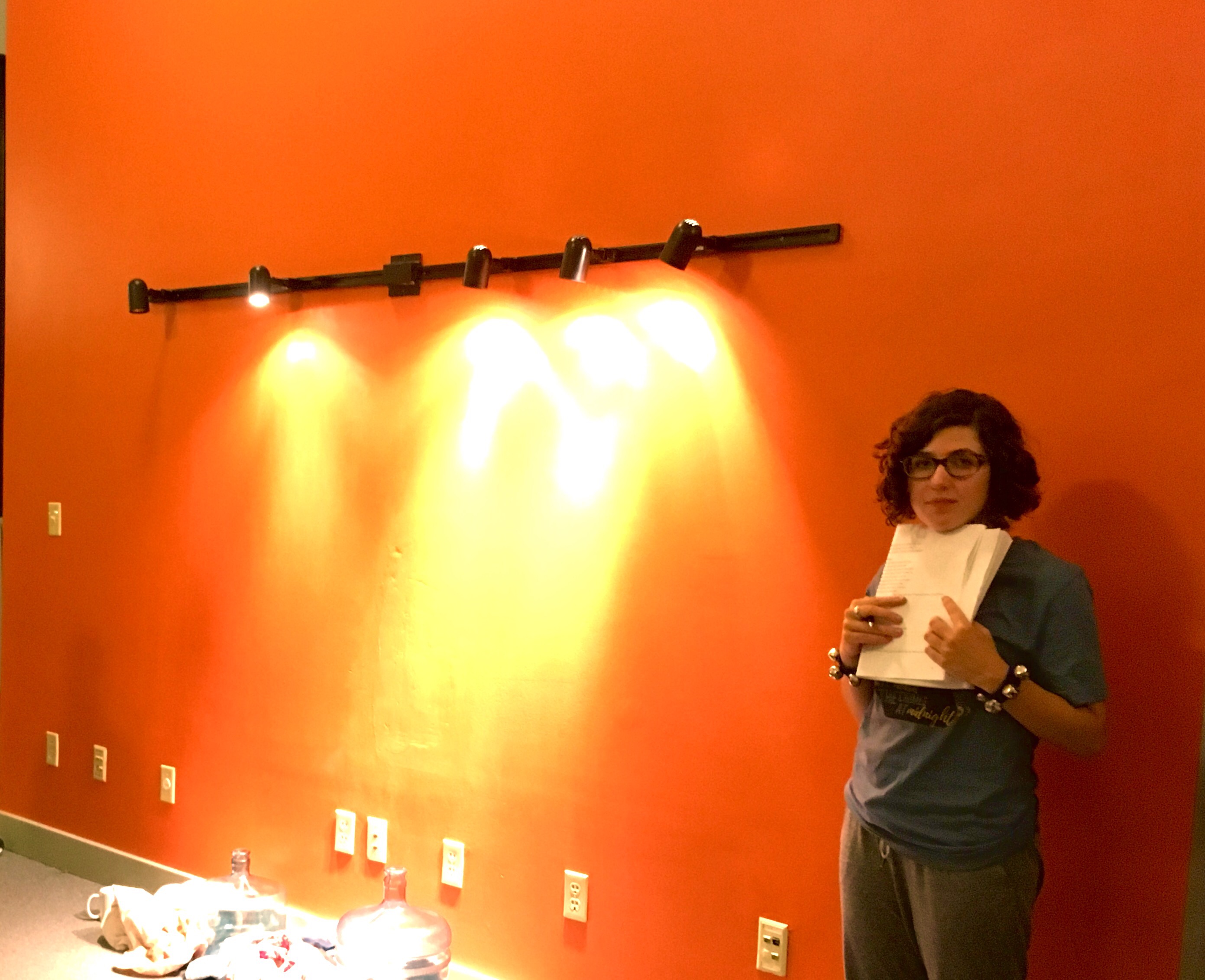 After getting Ralph’d, the ASCOTS sat in on an hour of rehearsal for The Fall of King Henry (aka Henry VI, part III), the fourth and final show of the 2017 Summer & Fall season (which opens on September 9th). Not only is this my favorite play in general, I’m particularly fond of he fighty bits — so it was extra delightful for me that we got to observe the actors working on their fight choreography!


Then, after a quick lunch break, we got down to business. To defeat. The puns. 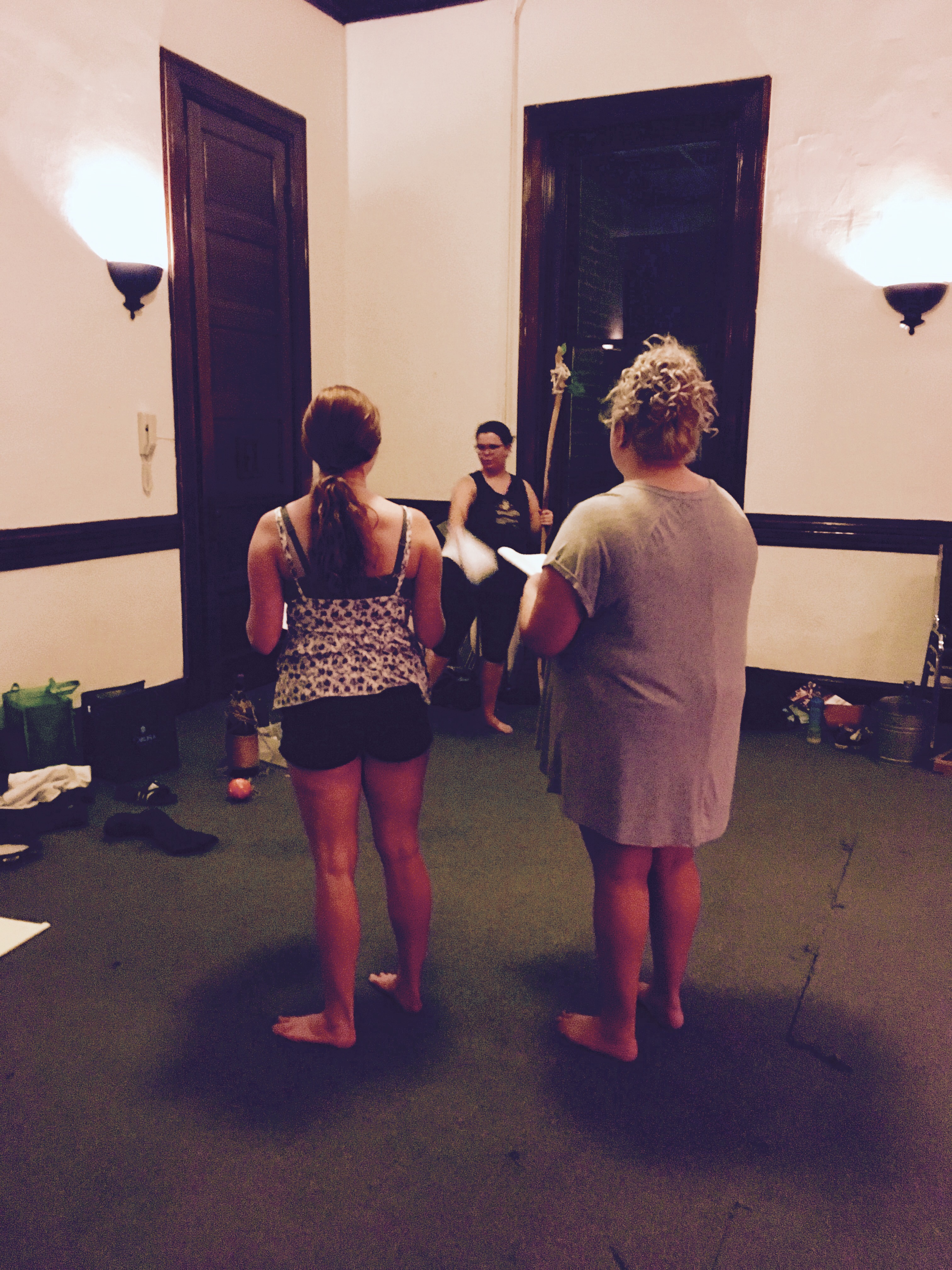 We are pulling off some serious King’s Men level stuff right now. Today, we tackled the big scenes and addressed all choreographical buck baskety moments. We created a general soundscape for our show, and have begun incorporating music into the play (for both the preshow and songs/sound cues within the play). Oh, and we started figuring out what this world looks like — you know, the one we have two days to put together and nowhere to pull from but our own closets (or in some cases, backpacks). 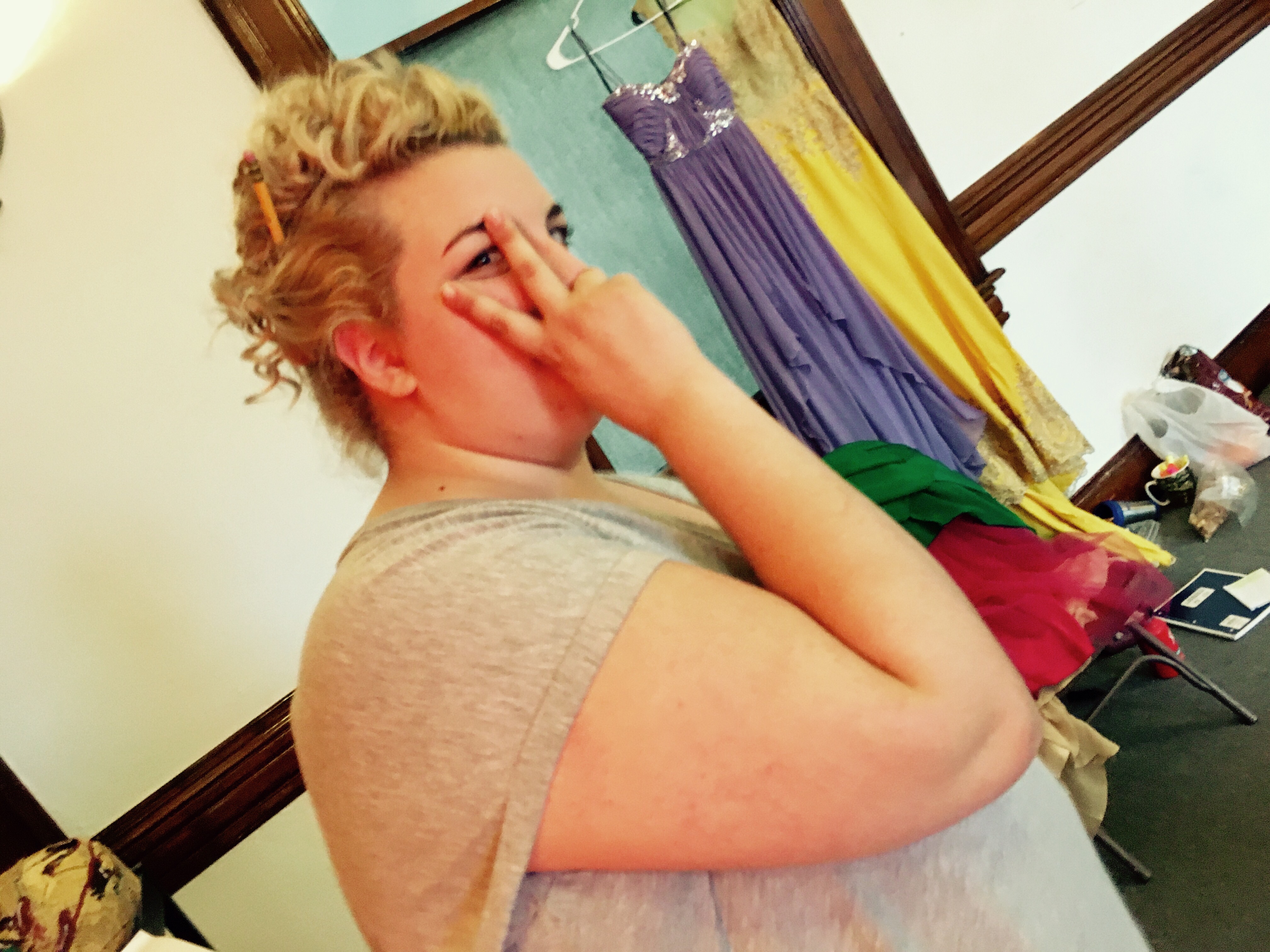 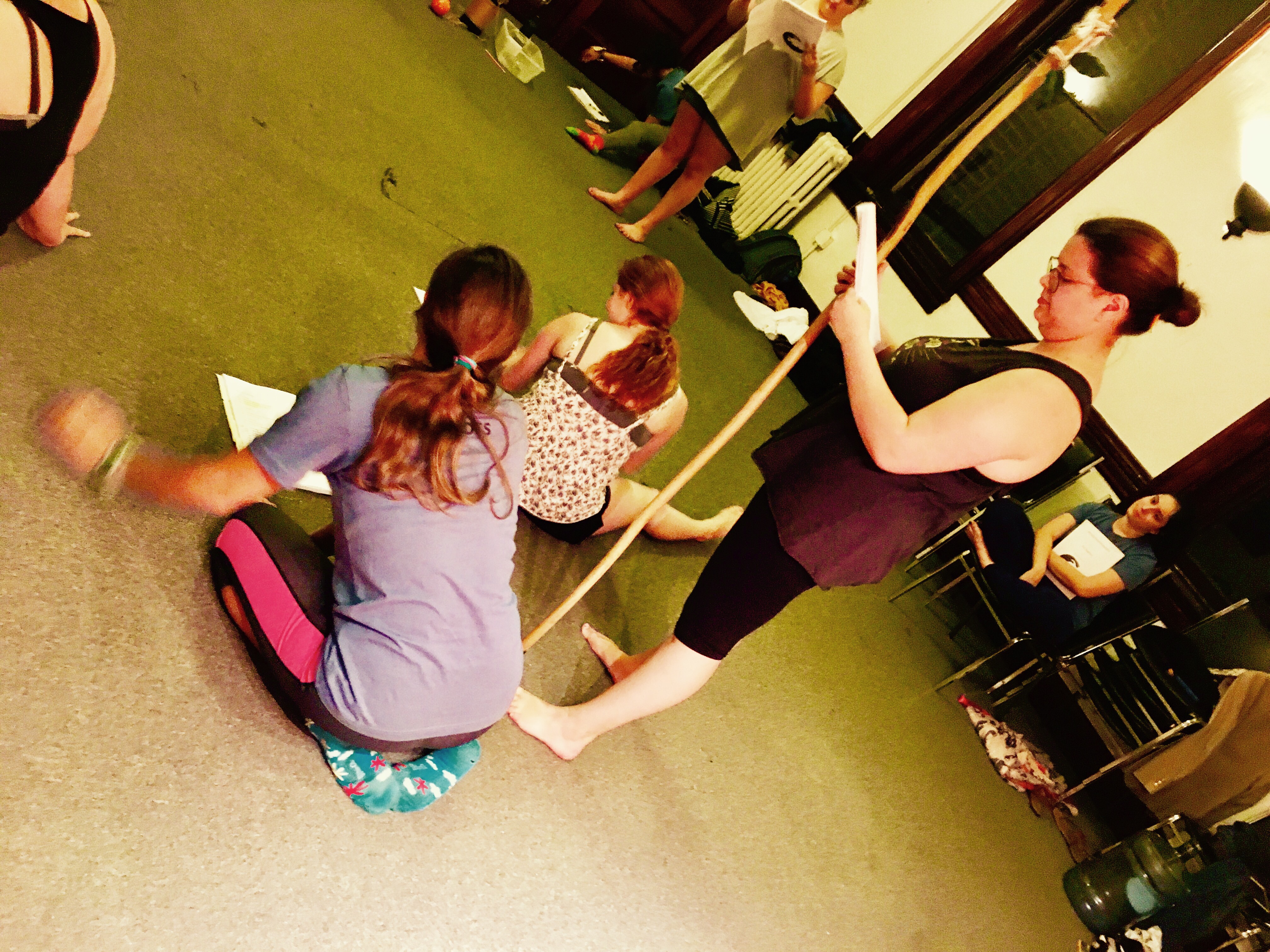 Tomorrow, we do the rest! And then we perform!

Before we perform, of course, we’ll be having a formal pizza party in the education offices and heading to the Playhouse to see Much Ado about Nothing in the evening. (And Love’s Labour’s Lost in the afternoon). Hence all the fancy dresses in the pictures you see here – I promise it’s not prom on the island. 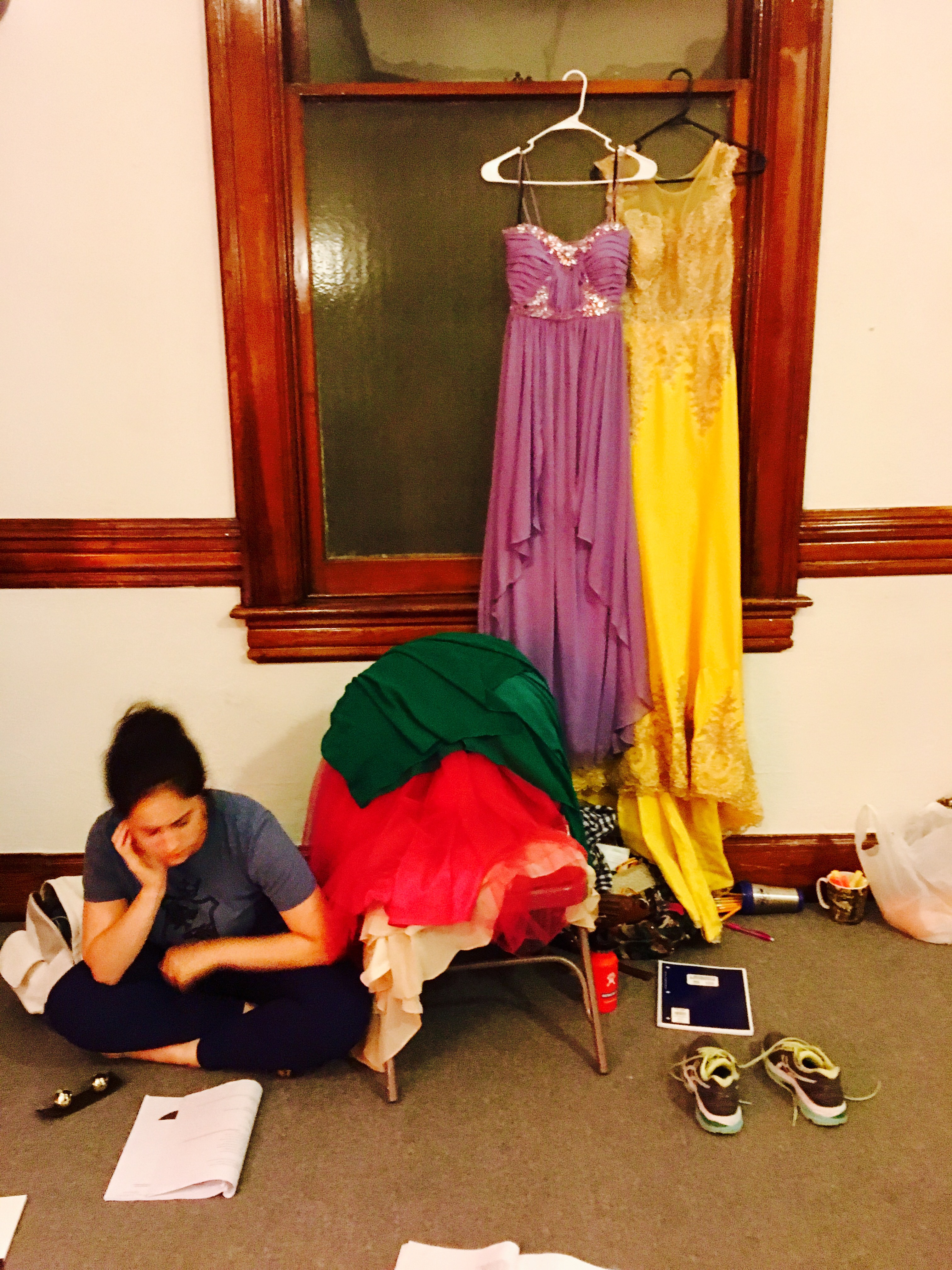