The campers had a real treat this week: ASC actor-director-fight choreographer Benjamin Curns took a break from directing the 2017/18 Wicked Folly Touring Troupe production of Macbeth to give ASCTC a stage combat master class. 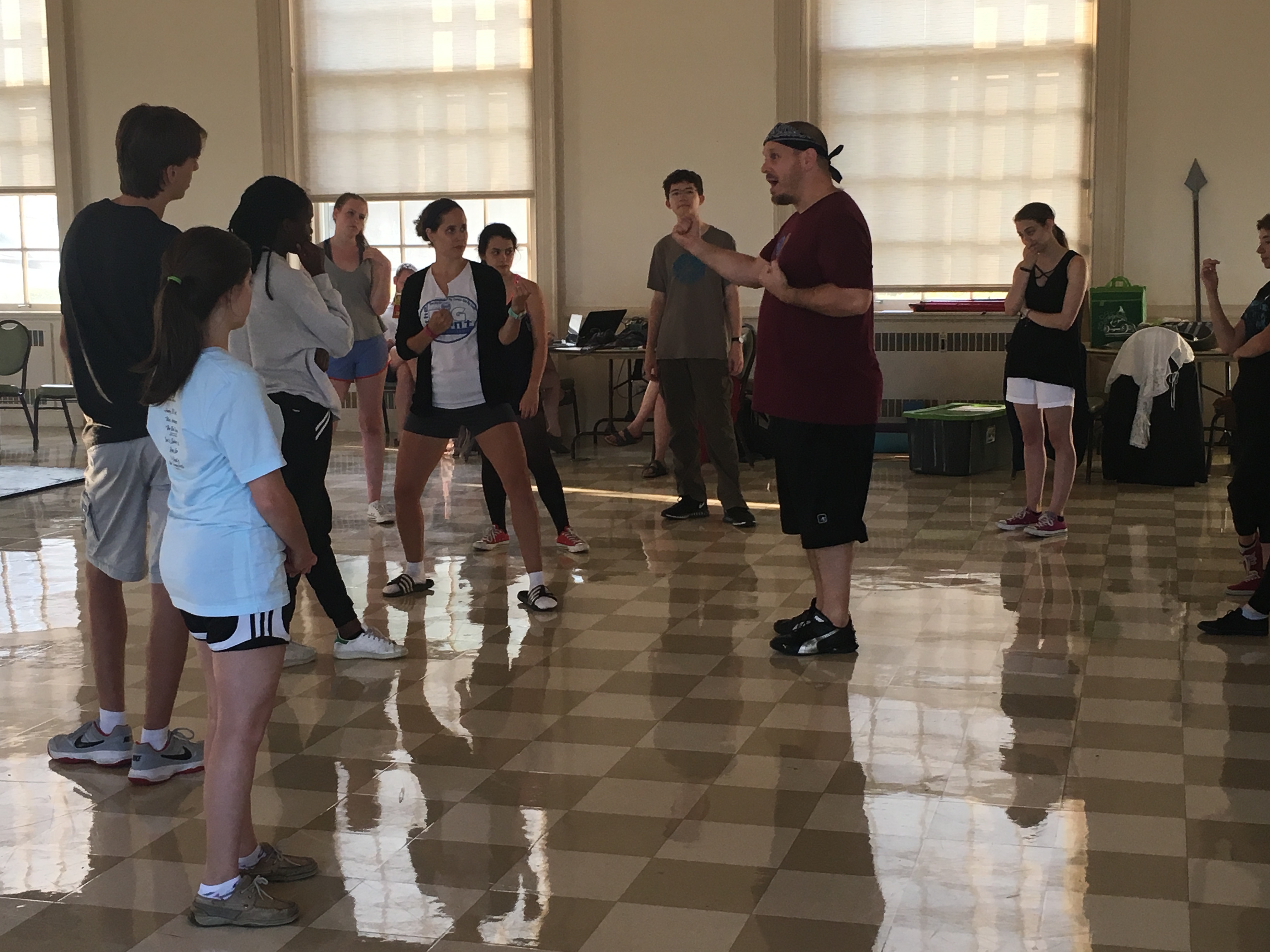 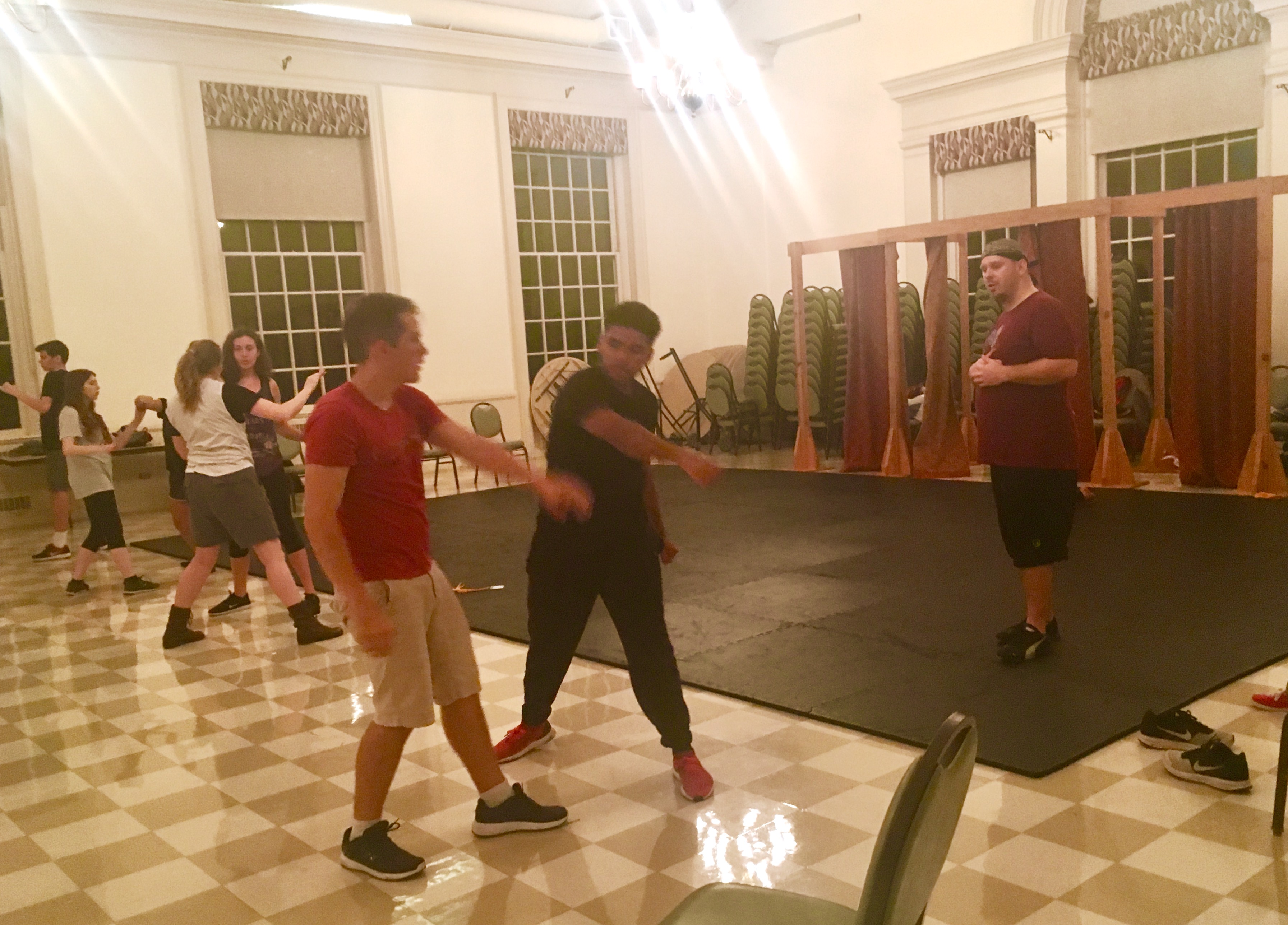 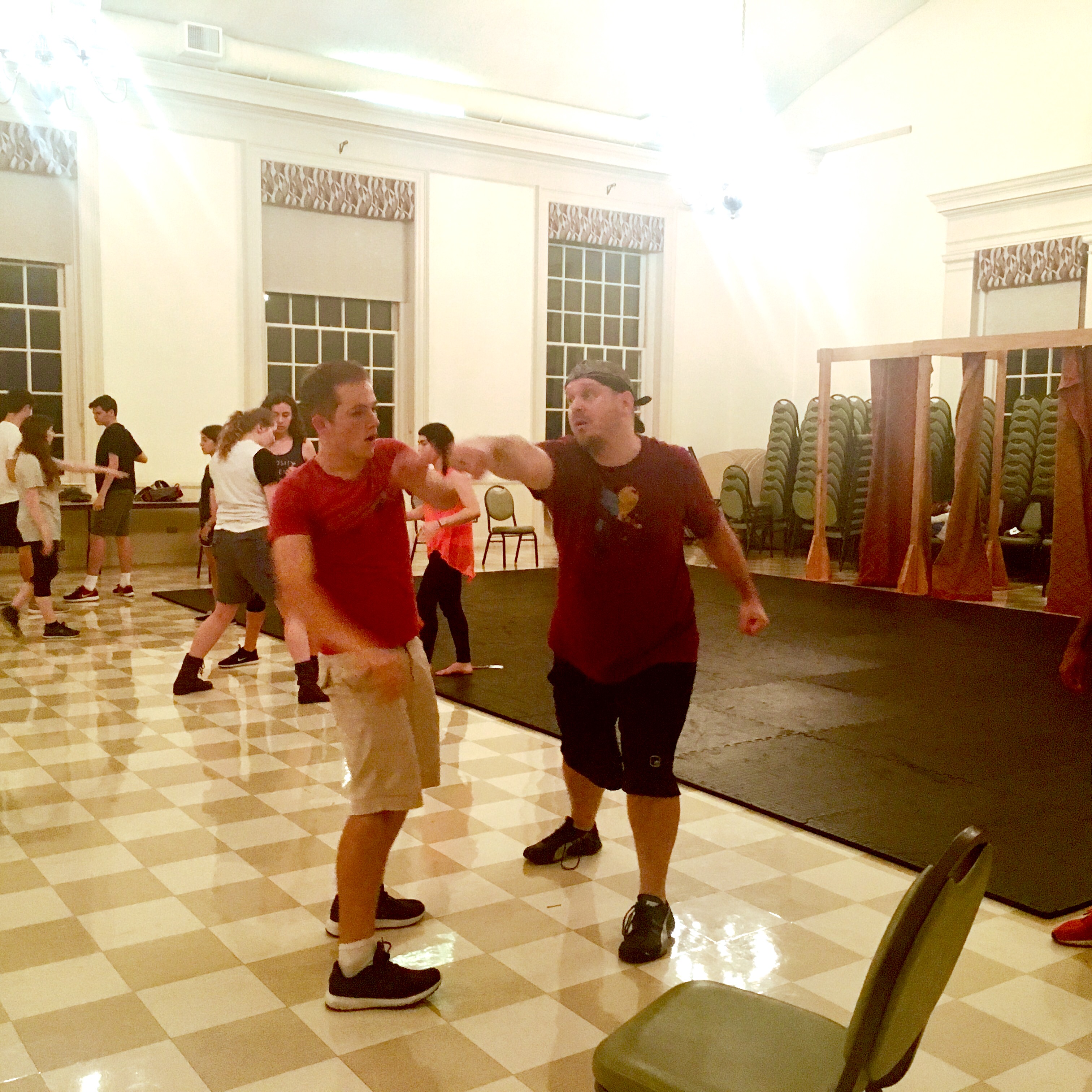 How much fun is this?! I gotta tell you, it took a lot of self restraint not to jump in the middle of everything and start punching campers left and right… but of course, that would be a fight against an unprepared opponent, which is the exact opposite of stage combat. Stage combat is telling a story with a thoroughly prepared partner.