As we get closer and closer to the performance date (and with it, the end of camp) the schedule gets increasingly intense. This week, we’ll all be up late into the night getting first looks at all three plays. Starting tonight (Wednesday) each cast will take a turn taking over the Playhouse for their “midnight” dress rehearsals: after the ASC resident troupe finishes their performance for the night (usually somewhere between 9:30-10:00 PM — or, on Thursday, when the post-show talkback takes us closer to 10:30 PM) campers load in, the night’s cast gets set while the rest of the campers wait with breathless anticipation, and then it’s GO TIME! We usually manage to get out of the Playhouse (and into bed!) by 1 AM, but sometimes we cut it a bit close.

And now, a photographic representation of “ASCTC, Week 3”: 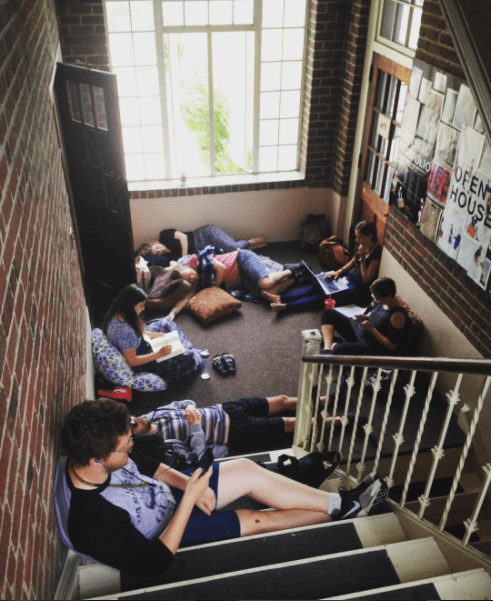 Photo by RDA Jessica, titled, “Six RDAs in search of a nap.” I actually count 5 RDAs and 2 admin staff, but nobody asked me. 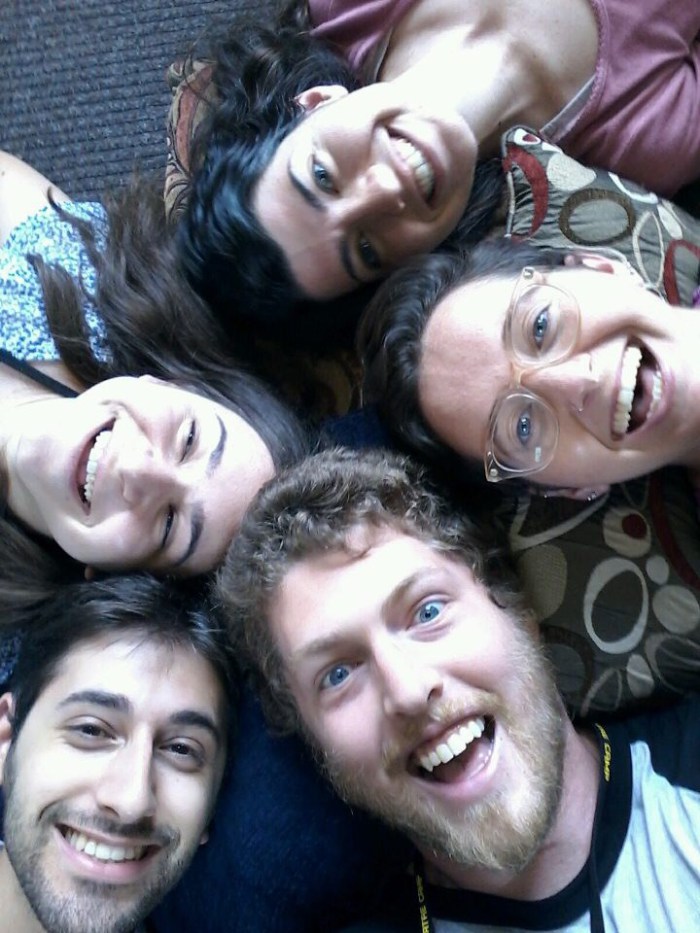 The RDAs are not immune. 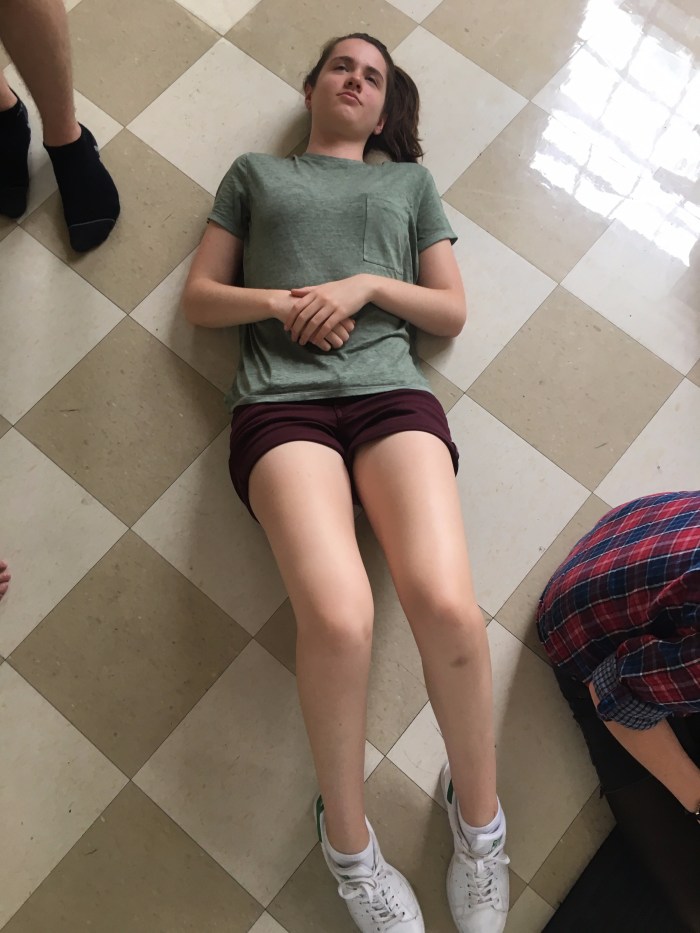 Claire has fallen and she shan't get up. 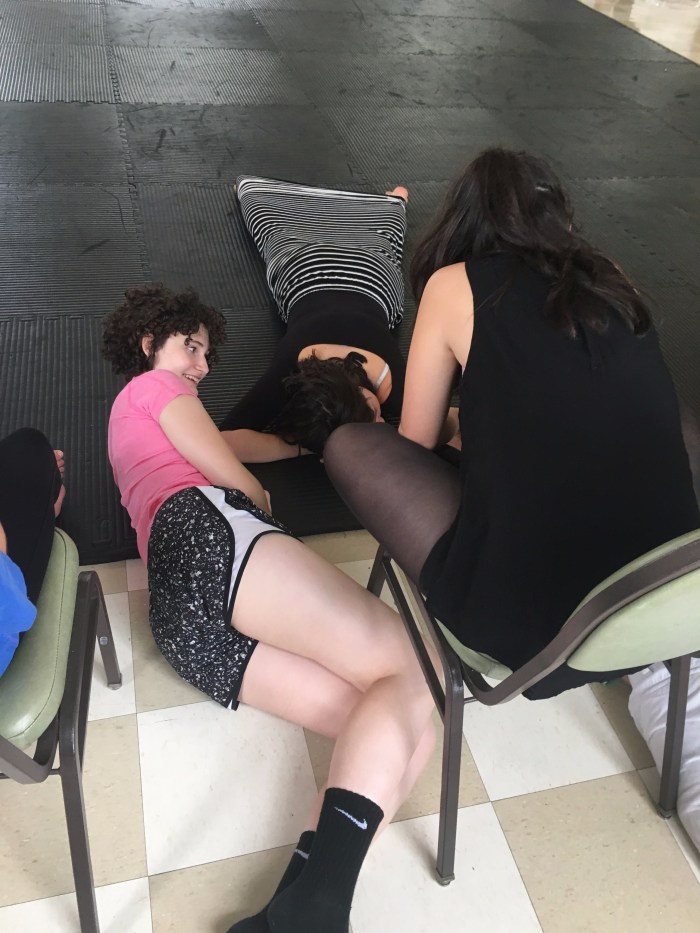 Olivia and Schuyler (especially Schuyler) have made peace with the floor. 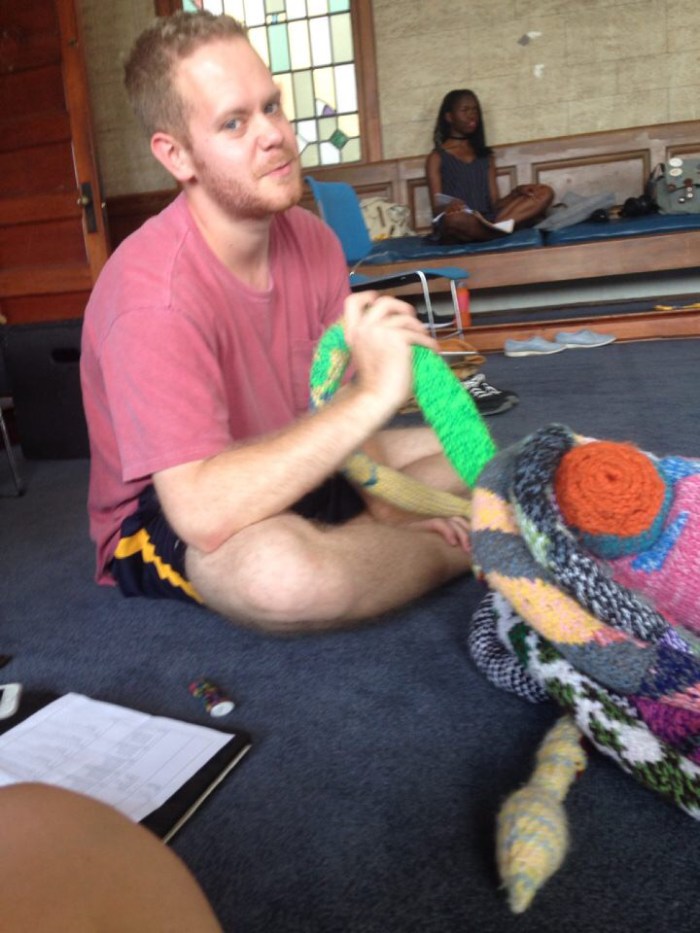 Other Daniel gets in some Squompass time. 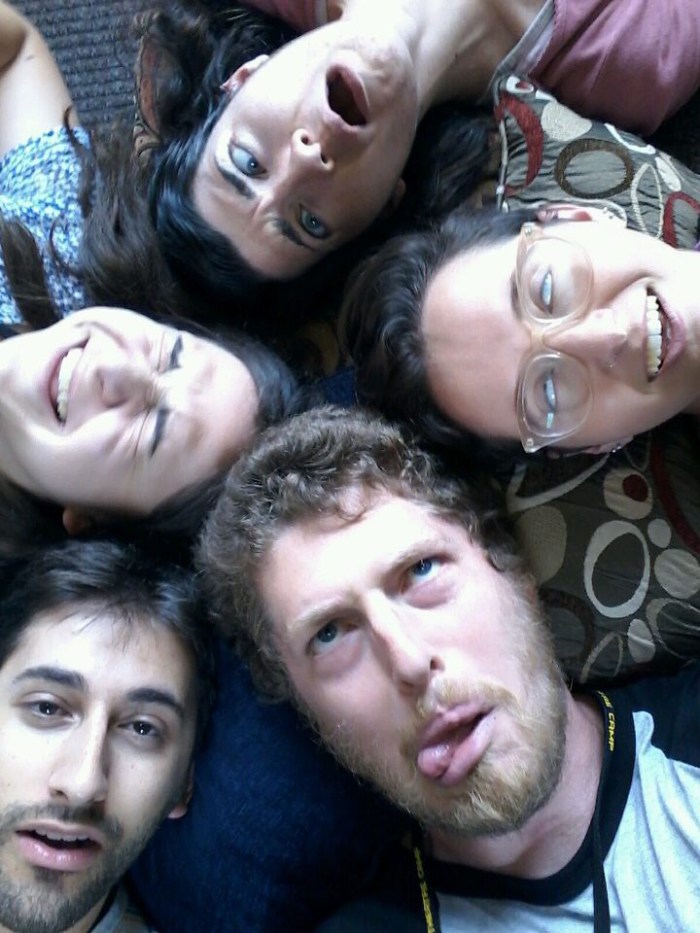 The RDAs lose it completely.