Whenever I mention I’m playing him in Love’s Labour’s Lost, I’m met with impish grins and arch eyebrows. An aura of mystery and mischief swirls around Boyet. Before I started preparing for the role, I had an inkling of this and was excited to explore it.

I found him to be exceptionally wry and dignified, so I focused my portrayal of Boyet as a sardonic courtier. But I soon realized this wasn’t going to be sufficient.

We had been rehearsing for a couple of days. Allison Glenzer (who plays Katherine) asked: “Who is Boyet? Is he our chaperone or our confidante? Is he like Touchstone?”

Those are the questions.

Touchstone from As You Like It is a good model—up to a point. Shakespeare wasn’t writing professionalfools this early in his career. And Boyet’s job isn’t solely to entertain or having license to say what others can’t. His official duty is to attend the Princess on a diplomatic journey to Navarre. But that single role is slippery. Notice how saucy the language is once the Princess leaves the scene in Act 4 (the footnotes in the Arden edition are hilariously clinical). Clutching onto the image of dignified courtier belies the whimsey that occurs in other parts of the play.

Boyet is a chaperone, confidante, entertainer, and more. Normally, I’d be bothered with that open-ended ambiguity. That can make for some muddled storytelling. But, in this case, I began to embrace the fun of leaping from role to role, depending on the situation. It started to feel like this was the key to playing Boyet.

Language gave me this permission.

Boyet often speaks in iambic pentameter. But frequently, when feeling particularly giddy, he’ll shift to anapestic tetrameter. This is what our director, Matt Davies, calls “the anapestic gallop.”

Boyet: If my observation (which very seldom lies)
By the heart’s still rhetoric disclosed with eyes,
Deceive me not now, Navarre is infected.

Boyet: With that which we lovers entitle affected.

Boyet further describes the King’s infatuation with the Princess with the following:

Why all his behaviors did make their retire
To the court of his eye, peeping thorough desire.
Methough all his senses were locked in his eye
As jewels in crystal for some prince to buy….

For this speech, Matt encouraged me to take the stage and slow down. I imagine a literal spotlight shining on Boyet at this point. That’s when I realized that this is when Boyet is the star of his own comedy special.

And that’s just one of the many roles he plays in his first scene. Others include an advisor, a courtier, a sass, a diplomat, a jester, a pander. In other scenes, he’s a gossip, a cupid, a libertine, a know-it-all, an audience member, a spy, an interpreter. To reduce Boyet to any one of these roles eliminates the joy and depth of which he’s capable.

Now, these leaps from role to role aren’t random. I’m focused on the ultimate goal of the marriage of the Princess and Prince Ferdinand. And I think I’m keeping it within the parameters of his class and status. Or maybe I flirt with those boundaries. This involves a tricky combination of poise and play—a challenge Boyet is thrilled to take. The union would likely give him a prized position in the French court (ever the opportunist).

He plants the matchmaking seeds from the beginning. When charged with providing the king “such acquitances” (receipts), Boyet admits that the “packet is not come.” The Princess is miffed. But then, quick on his feet (or is this on purpose?) he says to Prince Ferdinand: “Tomorrow you shall have a sight of them.” Boyet knows that if he can stall at least one day, the possibility of marriage is stronger.

And it is. The antics continue with hunting excursions, misdelivered love letters, love tokens, disguises, dancing, a play-within-the-play. It seems like this marriage is well on its way. Too bad Marcadé’s news of the dead King of France obliterates the fun. Boyet is gutted and leaves to prepare for the journey back to France. Love’s labors are lost indeed.

But until the end, I have a blast. It’s not often that my job demands for me to be delighted for two and half hours. And a delight it is to leap from role to role. The language is champagne and amuse-bouche.

And I will continue to resist pigeonholing other characters in the future. This kind of exercise may not be useful for a role like Fortinbras, but it sure would for someone like Polonius (yes, I’m playing both Fortinbras and Polonius in the Ren Season. And yes, I’m in my early thirties; that’s another blog post). Polonius plays a similar variety of roles in Hamlet. The exploration of that variety makes for dynamic and compelling storytelling. 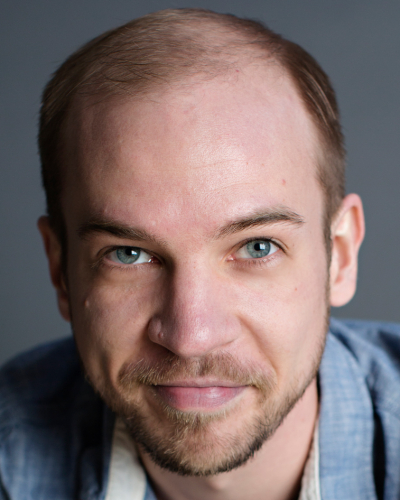 THIS SEASON:
Alf in PETER AND THE STARCATCHER; Balthazar, Antonio, George Seacoal in MUCH ADO ABOUT NOTHING; Dull, Boyet in LOVE'S LABOUR'S LOST; and George in THE FALL OF KING HENRY (HENRY VI, PART 3).