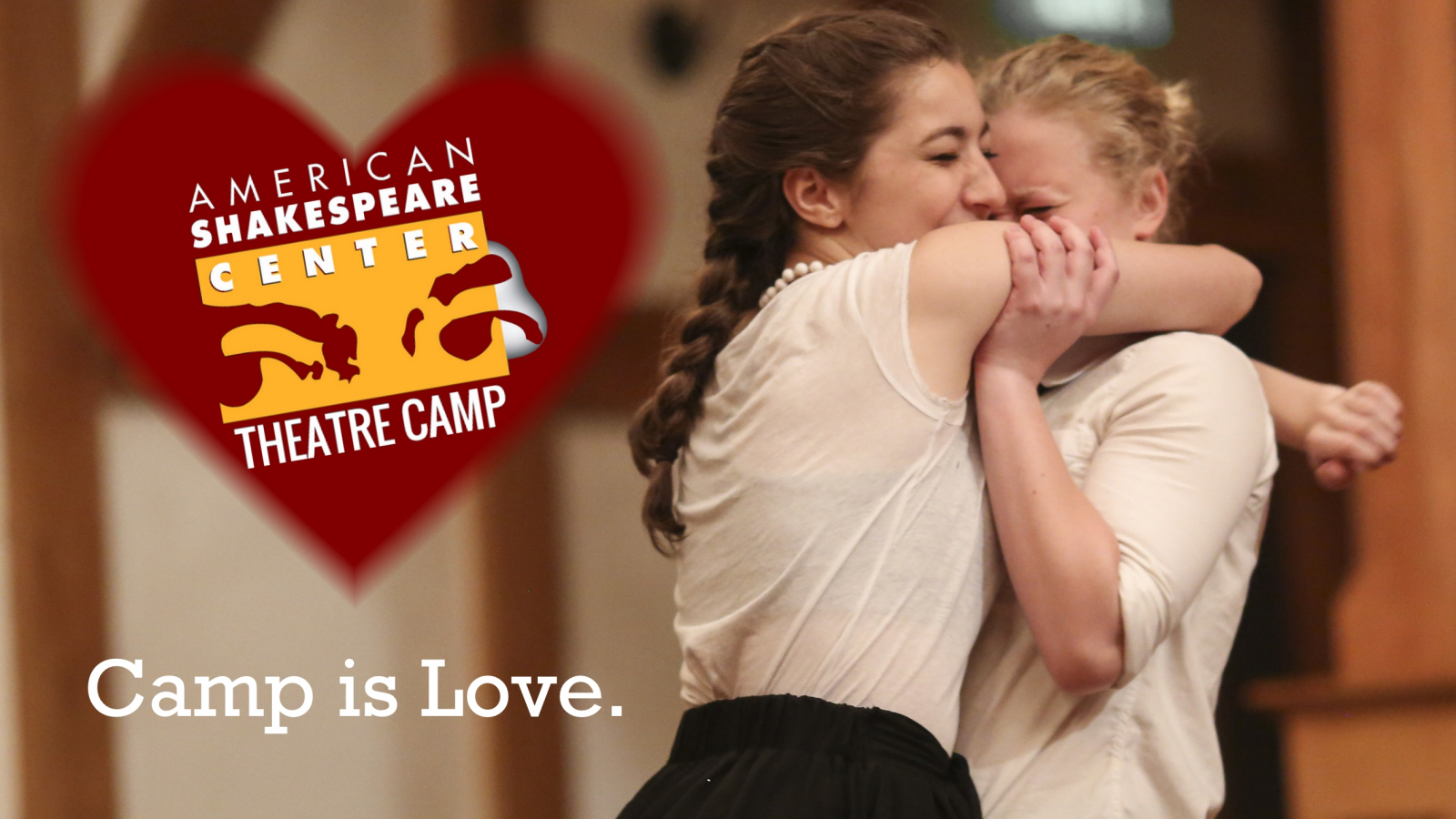 Oh ASCTC, how do we love thee? Let me count the ways. (Sorry, not Shakespeare, but Elizabeth Barnet Browning gets it right, cuz we love it a lot!)

My daughter first discovered the ASC on a trip with her theatre competition troupe and came home so excited about her experience there. Fast forward, and she finds there is a CAMP(!!!) where she, too, can embrace her love of the stage and become immersed in ole Willie’s craft.  We began to research the opportunity, and I had the chance to attend a show with her on a future school trip, and — we were SOLD!  This was our chance to help her follow her passion.

Research began.  Multiple emails to [Camp Director] Lia Wallace ensued… forms were filled out, and we held our bated breath.  Shaylen had been previously attending another summer program — a wonderful one — but she felt so strongly that she could truly grow more at ASCTC that we could not contain our excitement once we found she had been accepted.

We received her inclusion in the program with great joy — and trepidation. Three weeks away… at a camp… where she knew nobody… and was going to be “on her own”… college style… (although they had safety measures in place, and promised to keep this mom connected, moms will worry).

But, we’d read so many shining examples of the powerful impact ASCTC had on others. We were sold.

We dropped Shay off (with more stuff than was needed for three weeks; you would have thought she was checking in for her freshman year at college, not three weeks away from home) met her roomie (they had been in contact over the last week or so), attended orientation, toured the MBU campus, and said our goodbyes.

I admit… I was scared.  What if she didn’t like it?  What if she felt like an outcast?  What if she NEEDED me? What if this broke her love of the stage, or — even worse — tore down her confidence in something she adored?  So yeah, I had the fears of every mom (and brought some of my own specialness to the party — trust me…I am pretty special, especially when it comes to my kid).

At first, I only got the occasional phone call. My thoughts spun: why is she not calling more?  Is she ok? Has she been eating?  Did I forget to pack her toothbrush?

But she was FINE — and already having the time of her life. ASCTC kept her busy, but with enough down time not only to soak it in, but also to enjoy the studies of her craft and invest in new friendships and experiences (outside of workshops and shows).

As the session progressed, phone calls started to happen more: brief ones, usually about some cool new thing she learned or did. I heard stories about slipping off to hear a Heifetz concert on a grassy knoll, and that the talent there was unmistakable. How amazing to be in the presence of SO many talented people. And yes, she ate. On the phone, I could almost ALWAYS hear laughter in the background. She was SO content, but in such a way that if her needy momma wanted to come have brunch on a Sunday morning, she would not mind it a bit.

Duh… I so went and had brunch with her.

In the small bit of time since I dropped her off, even then, I could already see she was growing into her own skin.  She was more self-assured and confident. She showed me the town of Staunton and her temporary new life.

I visited her again for the mid-session Showcase. I was so impressed that along with their studies and preparation for the session finale, they put on another performance showcasing not only the talents the campers already possessed, but also the new skills and loves they were developing at camp.  I met fellow campers and their families, I interacted with staff, and enjoyed the company of a my new, more confident daughter.

Finally, when I came to pick her up on the last day, my heart swelled.  I had left a fabulous young woman in Staunton just three weeks before, and in front of me now stood an even brighter example of all she is to become.  She was comfortable in her own skin: accepted for who she is, for her quirks and her strengths, embracing the new directions set in her path. She had freedom and also safety. She was more rounded, and further educated in this short time than I ever thought possible. She struck out on her own, and — with the support and encouragement of her peers and educators — she found her wings. Watching your baby fly out of the nest is scary for a momma bird; but it’s beautiful, too. I saw her and her “classmates” (because honestly, ASCTC is so much more than a camp: it nurtures, and educates) growing into their skins, becoming characters they never thought they could play before but were now delivering onstage like bosses. And they had done the things! grown-up things! laundry and time management and “doing lunch” and discovering they were capable of so much more than they knew.

The pros, the staff, the other campers, the experience in general… it all adds up to one of the greatest adventures Shay has gone on thus far.  Somehow, I feel the same for myself. And so, while we are in the midst of winter, camp lives vividly in the midst of memories. Remembering the good times from last summer, anticipating the thrill of what is to come this summer, discussing the continuing conversations she’s having with all the new friends in her life… we talk about ASCTC all the time. And I couldn’t be happier for it.  I cannot wait to see her journey ahead for Shay, and could not be happier that ASCTC is going to be a part of it.

I could ramble on for years and still not finish telling you the impact that ASCTC had on Shaylen in just three short weeks. So I will end by saying that ASCTC breathed new life into Shaylen… and into me.  She found herself and dares to follow her heart, and I am confident she is gaining the best skills, professionally and personally, to do just that. ASCTC does not just fortify the dreams of young thespians, it also nurtures and develops who they will become — on stage and off.

Lisa is the proud parent of an ASC Theatre Camper.