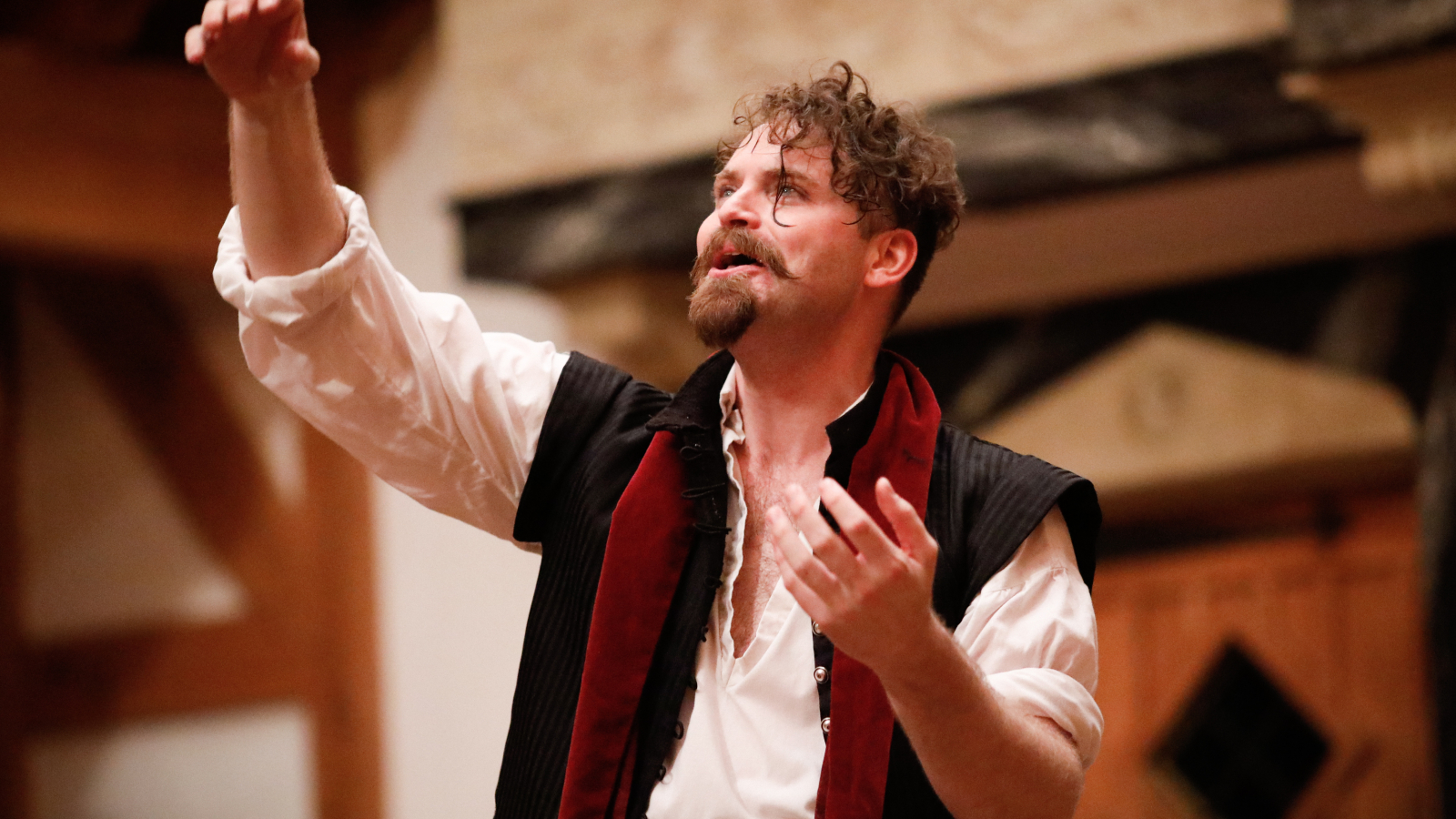 How does this play fit into Shakespeare’s career?

It comes roughly halfway through his career. Though many of Shakespeare’s finest plays come before Hamlet, the interiority of the central character and his grappling with the meaning of life distinguish Hamlet and make the play seem more personal (both for the author and the audience) than anything he wrote before. Though Hamlet initiates the period of Shakespeare’s great tragedies (Othello, Macbeth, and Lear), it ushers in a group of plays more concerned with exploration than with box-office success.

How is this play unlike other Shakespeare plays?

One way or another, Shakespeare’s plays look at the issues in our lives, or, as Hamlet would say, “hold[s], as ’twere, the mirror up to nature.” This play holds that mirror up to the Big Question of existence and — through Hamlet — continually ponders what it sees reflected. In that way, this play is more ponderous than his others. It also has more puns.

They universally admire it and have made it the major subsidiary industry of Shakespeare studies. The Folger Shakespeare Library devotes 37 of the shelves in its stacks to books about this single play.

Are there any controversies surrounding the work?

The scene that Hamlet looks for is Act III, scene 2, where he sets “The Mousetrap” to “catch the conscience of the King.” Here you will find the author’s fascination with his own profession as Hamlet plays author, producer, stage manager, audience, and critic.

Rosencrantz and Guildenstern — then come back to the Blackfriars this season and see them in their own play.

Familiar. Express and admirable. In my mind’s eye, there is method in ’t. This above all: the play ‘s the thing. What a piece of work! — the beauty of the world, the soul of wit.