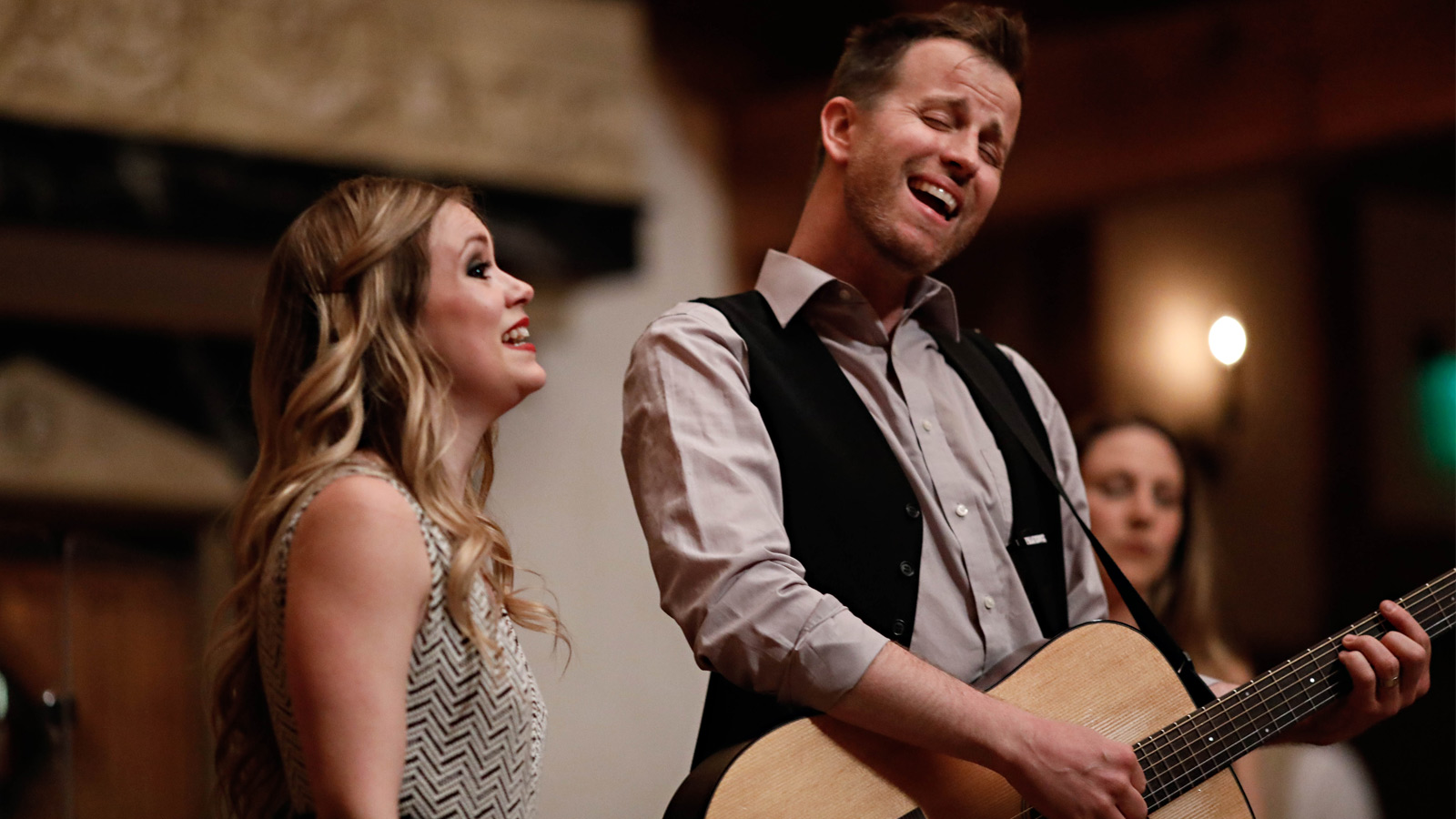 The concert will feature blues, folk, rock, and pop music

The American Shakespeare Center will end its Actors’ Renaissance Season and kick off the Spring Season with the annual Band Candy Benefit Concert on Sunday, April 8 at 7:30pm. The concert features both the Actors’ Renaissance and Spring Season troupes. Proceeds support the music at Blackfriars Playhouse performances and on tour by raising funds for instruments, music lessons, instrument upkeep, and more.

“A few years ago I realized that our actors had donated at least 90% of the instruments played on the Blackfriars stage and on tour. One of our actors was still rocking out on the instrument he had in middle school!” says Miriam Donald-Burrows, a former actor and current board member at the ASC. “So in 2014, I instigated the Band Candy campaign to make the actor/musicians’ worlds a little sweeter. Over $27,000 later, our music program is thriving.”

This year’s concert will feature a variety of music with songs by Michael Jackson, Leonard Cohen, Imagine Dragons, Adele, The Monkeys, and more.

In addition to the music, this year’s concert will also feature a live sponsorship auction. The ASC is looking for sponsors to cover the cost of individual chimes in two full orchestra bell sets which will be added to the instrument collection. Sponsors will have their name on the note of their choice.

The Band Candy Benefit Concert takes place April 8 at 7:30pm. Premium seats start at $35 and can be purchased online at www.AmericanShakespeareCenter.com or by calling the box office at 1.877.MUCH.ADO. Unsold seats will be released as Pay-What-You-Will on a first-come basis with a suggested minimum donation of $25 on the day of the performance.