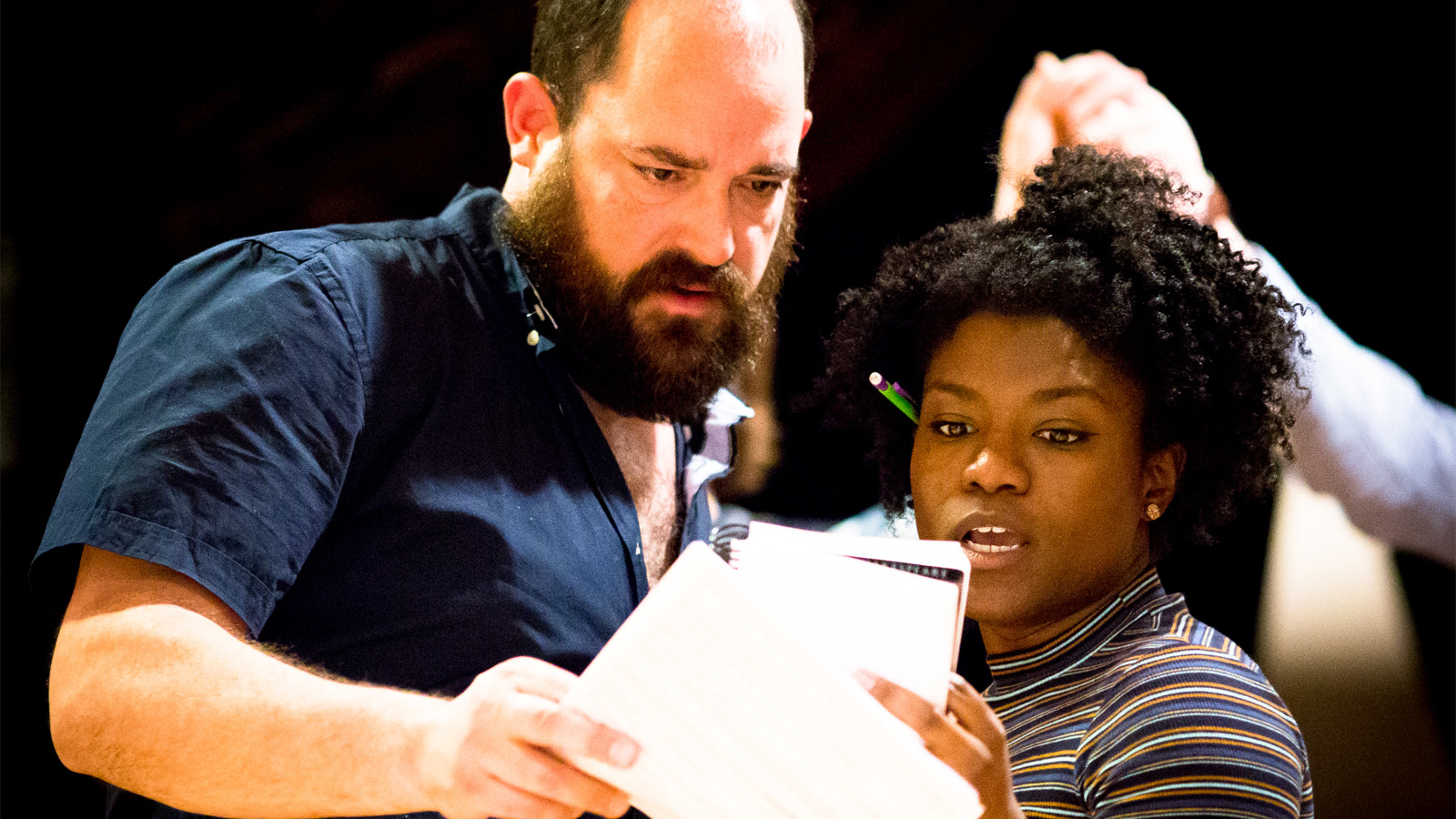 Even before the application window for the first round of Shakespeare’s New Contemporaries had closed, the reading and selection process was already underway, with scripts being sent to readers as soon as applications were marked complete and eligible. Now that the deadline has passed, our reading and evaluation has kicked into high gear, so we wanted to share a little bit about what that process looks like.

Our reading team is comprised of about 50 volunteer readers. The vast majority of our readers are members of the extended American Shakespeare Center community – current and former actors, directors, and staff – as well as alumni from the Mary Baldwin Shakespeare & Performance graduate program and friends and colleagues from the wider theatrical world.

The first round of applications for SNC sought plays inspired by or in conversation with The Merry Wives of Windsor; Henry IV, Part 1; The Winter’s Tale; and The Comedy of Errors. When readers sign up, they are asked to identify which of those titles they are familiar with; then they are only assigned plays that are engaging with the Shakespeare plays that they’ve identified.

The reading process is a blind one, meaning that the identity of the playwright is unknown to the reader. This encourages the reader to evaluate with a focus on the strengths and weaknesses of the text, rather than anything they may know about the writer. In addition to keeping the focus on the play itself, this also helps minimize any unconscious bias a reader might bring to the process.

Readers are asked to read the script in its entirety, rather than evaluating a sample. Each play is guaranteed one complete read during the initial phase of evaluation. (As reader capacity allows, some scripts will randomly get a second initial read.)

Once a reader has finished reading a script, they fill out a brief evaluation form. After a short summary of the play’s plot, the form asks the reader to evaluate the strengths and weaknesses of the play on its own terms – plot, character, dialogue, etc – and then they proceed to critique how the play engages with both the Shakespeare partner play and the ASC’s Shakespeare’s Staging Conditions. By slightly separating the play itself from the competition, we make room for conversations about plays that may be brilliantly written but not right for us, or plays written specifically for us that aren’t particularly well-crafted. After the written evaluation is complete, the reader then gives the play a numerical score on a scale of 1 to 5.

Our readers have given their time and their thoughtfulness to this project and, according to them, the project has given right back. Director (ASC’s Love’s Labour’s Lost, 2017) Matthew Davies says, “These scripts certainly give a fascinating insight into the kinds of scripts the ASC is receiving.” And College Prep Programs Manager Lia Wallace says, “Reading for SNC has definitely changed the way I approach and understand drama — as a theatre practitioner, as a Shakespearean, as a teacher, and most importantly as an audience member. It’s also made me incredibly excited about the opportunities on the horizon for the ASC specifically but also the theatrical world more generally. What better reminder could there possibly be of the continued relevance and relatability of Shakespeare’s examination of the human condition than pulling his words into a conversation with our own? None, methinks.”

As for what’s next, once the initial reader reports have all been received, semifinalists will be identified. We anticipate that approximately 20-30% of the initial pool of scripts will advance to that round. Semifinalists will be read and evaluated by a select group of scholars and practitioners whose reports will identify 12-20 finalist projects which will then be considered by the final selection committee – Co-founder and Director of Mission Ralph Alan Cohen, Managing Director Amy Wratchford, Associate Artistic Director Jay McClure, and me (Literary Manager Anne G. Morgan). In June 2018, we will announce which two plays have been chosen for the inaugural productions in 2019.

As the first round selection process exits (pursued by a bear), the process will begin anew – with applications for the second round of Shakespeare’s New Contemporaries opening June 1. That application window, which will close August 1, will seek plays inspired by or in conversation with Othello; Henry IV, Part 2; A Midsummer Night’s Dream; and Cymbeline. And then onward, for another 19 years and 36 plays.