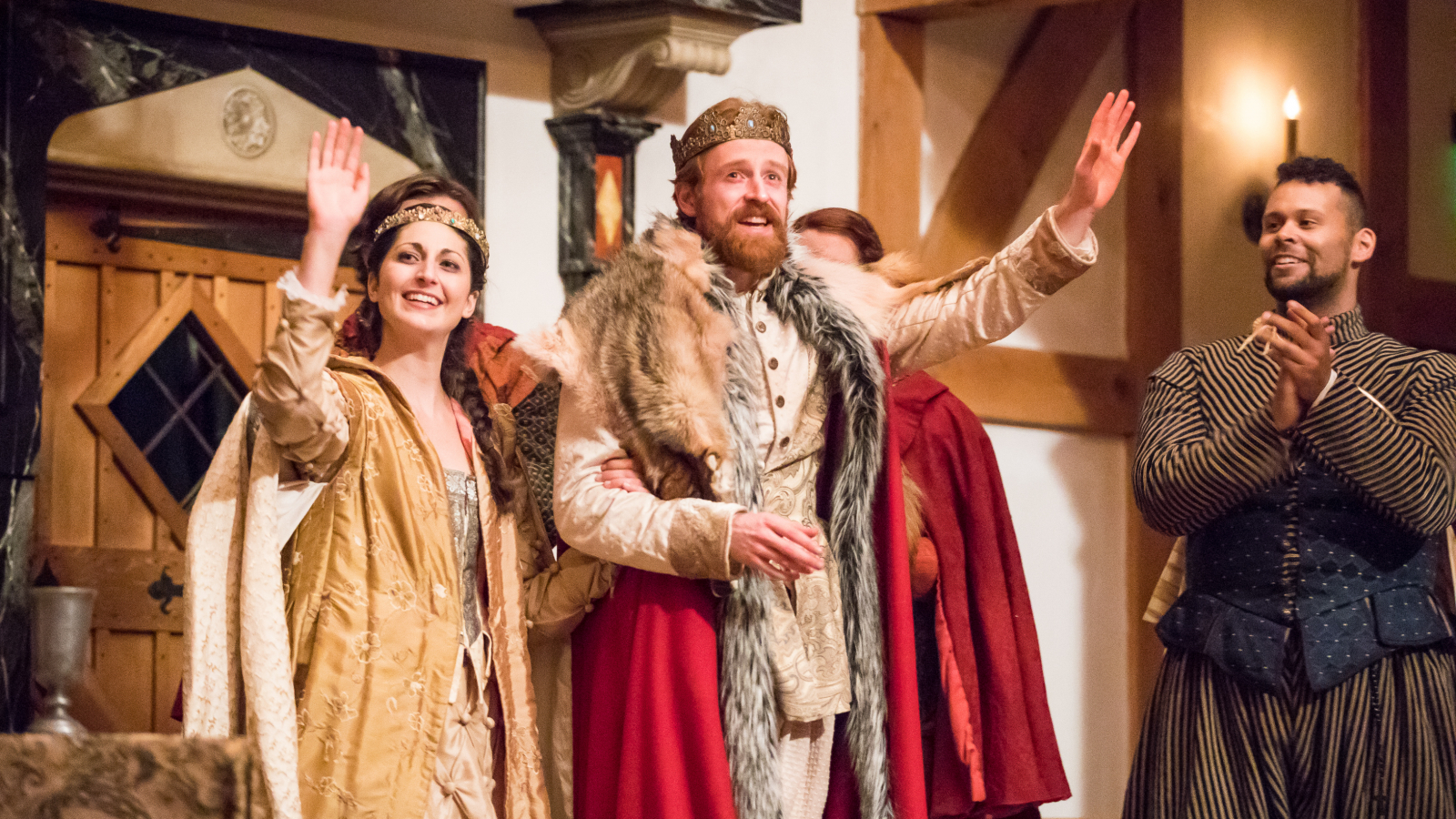 The Wicked Folly Tour has completed its tour, traveling across 17 states, producing over 50 performances at 33 venues, and reaching nearly 17,000 audience members. Now the troupe returns to Staunton to present the American Shakespeare Center’s Spring Season. Performances begin at the Blackfriars Playhouse April 11.

The season opens with a world-premiere adaptation of Jane Austen’s Sense and Sensibility by Emma Whipday. After their father dies, the Dashwood women must learn to embrace a new life, for better or for worse. Sisters Marianne (a hopeless romantic) and Elinor (a stoic realist) experience the pitfalls of society, the generosity of new friends, and the passion of unexpected love in this world-premiere adaptation of Jane Austen’s exquisite early work. Sense and Sensibility is directed by Stephanie Holladay Earl. A pay-what-you-will performance is on April 11. Free pre-show lectures are April 11 and 19.

Macbeth, Shakespeare’s shortest tragedy, opens April 12. From the first words of the play, until the title character loses his head, Macbeth is an unrelenting examination of the dark side of humanity. Driven to bloody deeds by their lust for power, Macbeth and his Lady fight to hold on to their ill-gotten throne, their sanity, and each other by any means necessary. Macbeth is directed by Benjamin Curns. A pay-what-you-will performance is on April 12. Free pre-show lectures are April 26 and May 9.

The Taming of the Shrew starts April 13. This hilarious comedy is much more than a “battle of the sexes”; it is also a profound look at the necessity of play in our lives. Blending romantic comedy and outlandish farce, Shakespeare gives us a love story of psychological liberation and the mysteries of being married. The Taming of the Shrew is directed by Jemma Alix Levy. A pay-what-you-will performance is on April 13. Free pre-show lectures are April 18 and May 2.

Bill Cain’s Equivocation joins the rotating repertory on April 25. Equivocation follows William Shagspeare as he’s commissioned to write a history of the Gunpowder Plot, the failed assassination of King James. Shag takes on this controversial play and uncovers a murderous conspiracy so scandalous even he couldn’t have written it. To save his own life, Shag must learn how to equivocate and in doing so pens one of his greatest works, Macbeth. Equivocation is directed by Vanessa Morosco. Pay-what-you-will performances are on April 25 and 27. Free pre-show lectures are April 25 and May 10.

Best seats start at $54 and can be purchased online or by calling the box office at 1.877.MUCH.ADO.

Residents of Staunton, Waynesboro, Augusta County, Harrisonburg, or Rockingham County can take advantage of $18 local rush tickets on Wednesdays, and Thursdays. College student rush tickets at $14 are available for all performances, 60 minutes before showtime with valid student ID. Student, Senior, Military, and AAA discounts are available. Groups of 15 or more who order together save 20%.