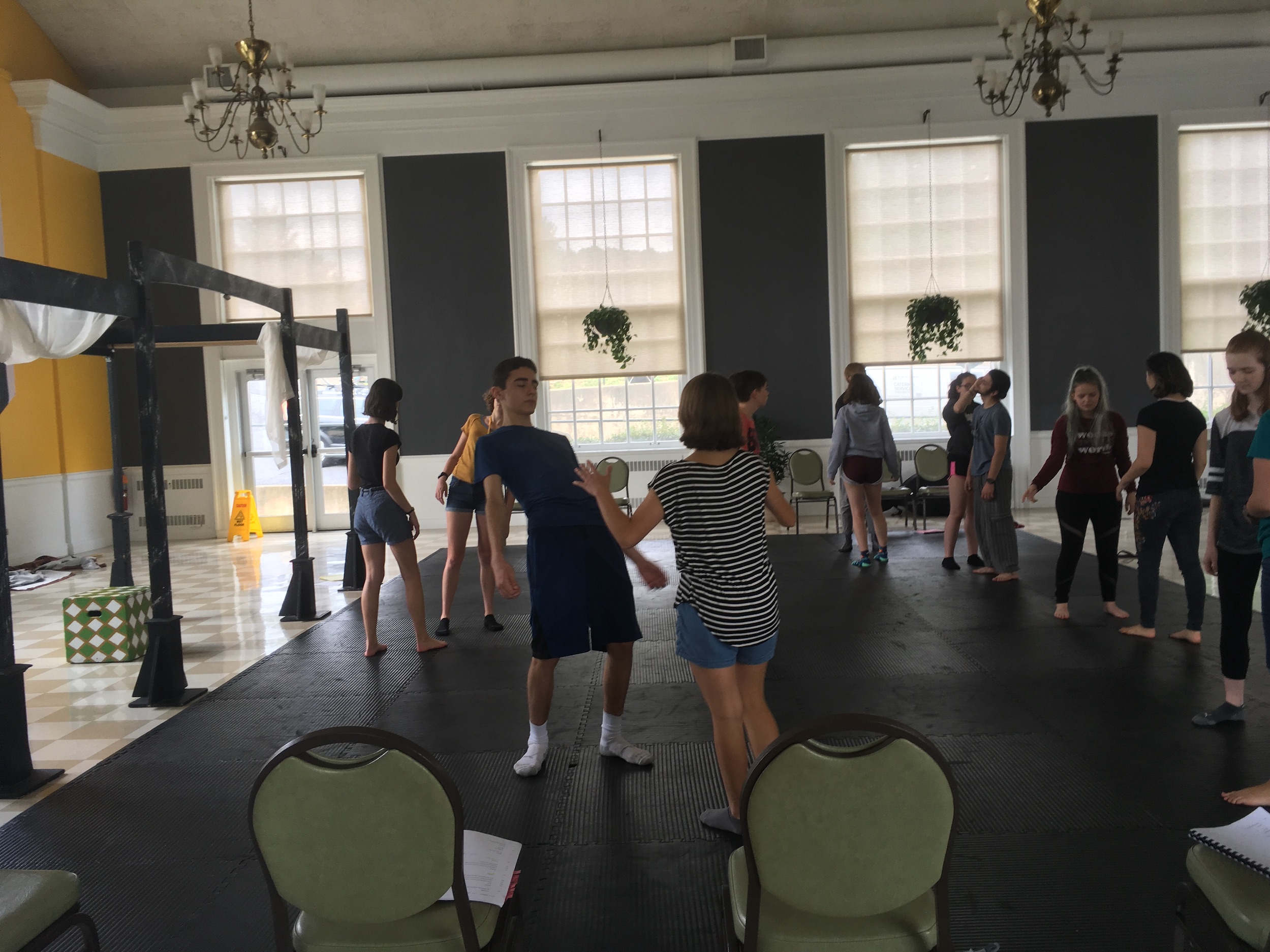 Before blocking act four, Finch led our cast through a series of movement exercises, including the “seaweed exercise” (where one participant reacts to the physical stimulus of another letting their natural motion take over). The cast has also begun a fight call to carefully practice all moments of physical contact between actors, even those that are not explicitly violent. At the end of this morning’s rehearsal, Finch proudly announced, “just act five left!” Tomorrow’s schedule includes blocking the final act, working on music (my favorite), and an evening rehearsal at the Blackfriars.

AVOCATORI 3: Preserve the honor of the court.

This line stood out to me today during the cast’s vocal workshop with ASC actor Brandon Carter. Caroline, who plays the 3rd Avocado, harnessed the power of her voice to fill the room with this line establishing the strength of the court.

FINCH: [turns on music] We’re going to do the seaweed exercise.

SCARLET: [responding] Is that the soundtrack to Finding Nemo?

It was indeed a Thomas Newman composition.

As the play continues to come together, it is exciting to see the pace and comedic timing.pick up. Actors are moving away from their scripts, and Jonson’s quick transitions are feeling more comfortable. Tomorrow we tackle a new challenge, a short small scene that divides the climactic courtroom reckoning. To quote our director Finch, it feels like “Jonson was writing for TV.” I think our cast is well up to the challenge. 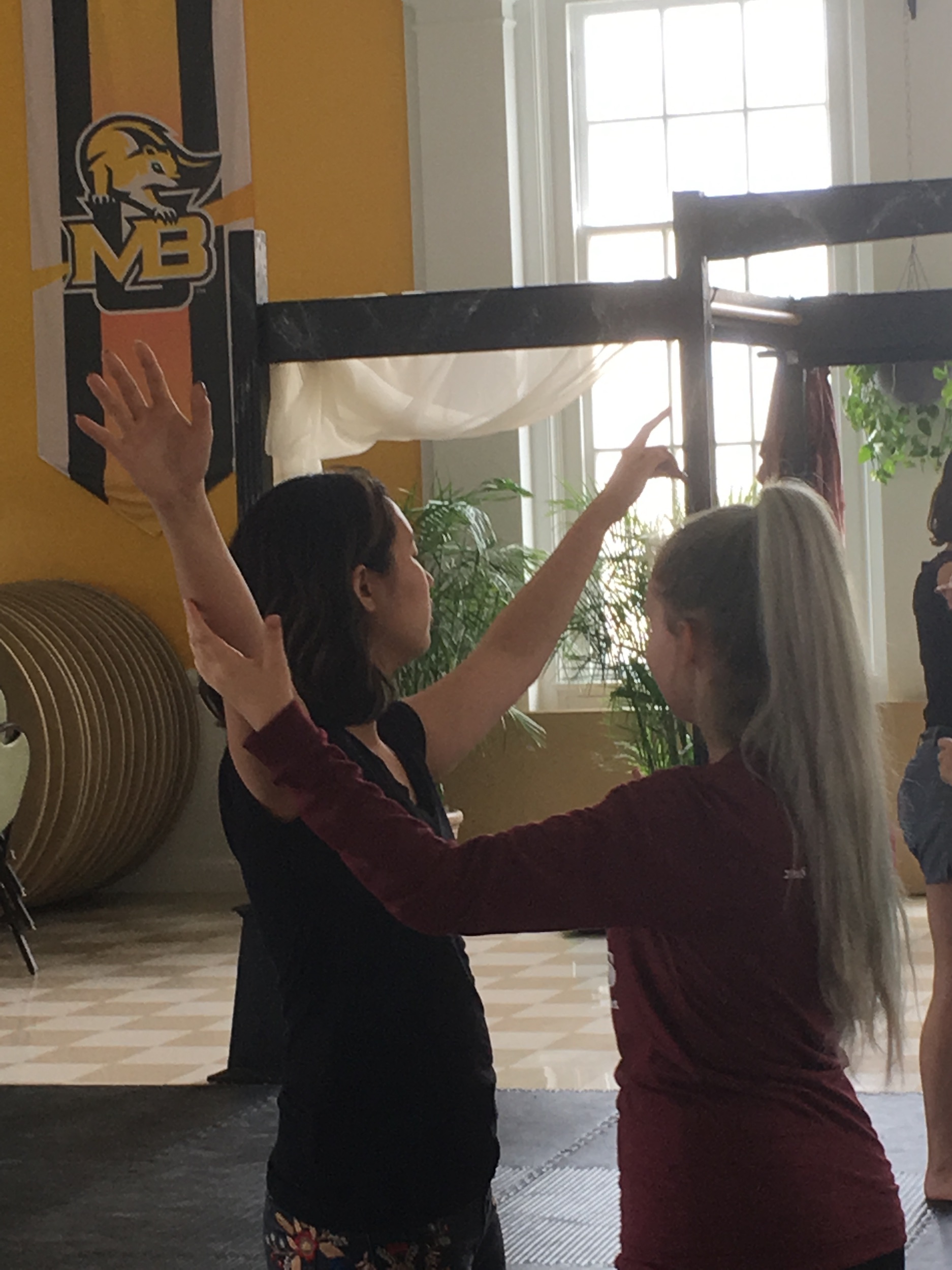 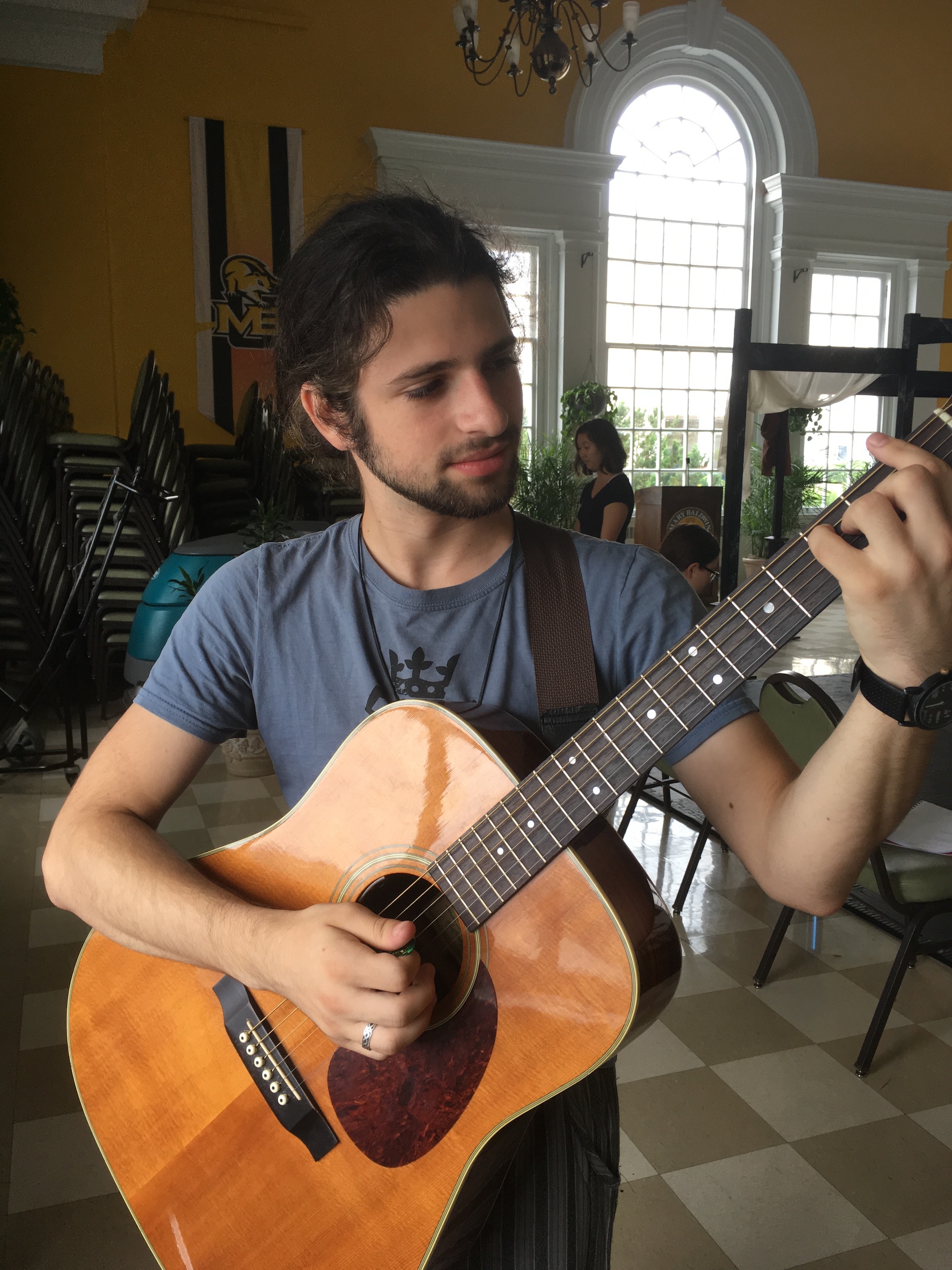 Spencer equipped with his trusty guitar.