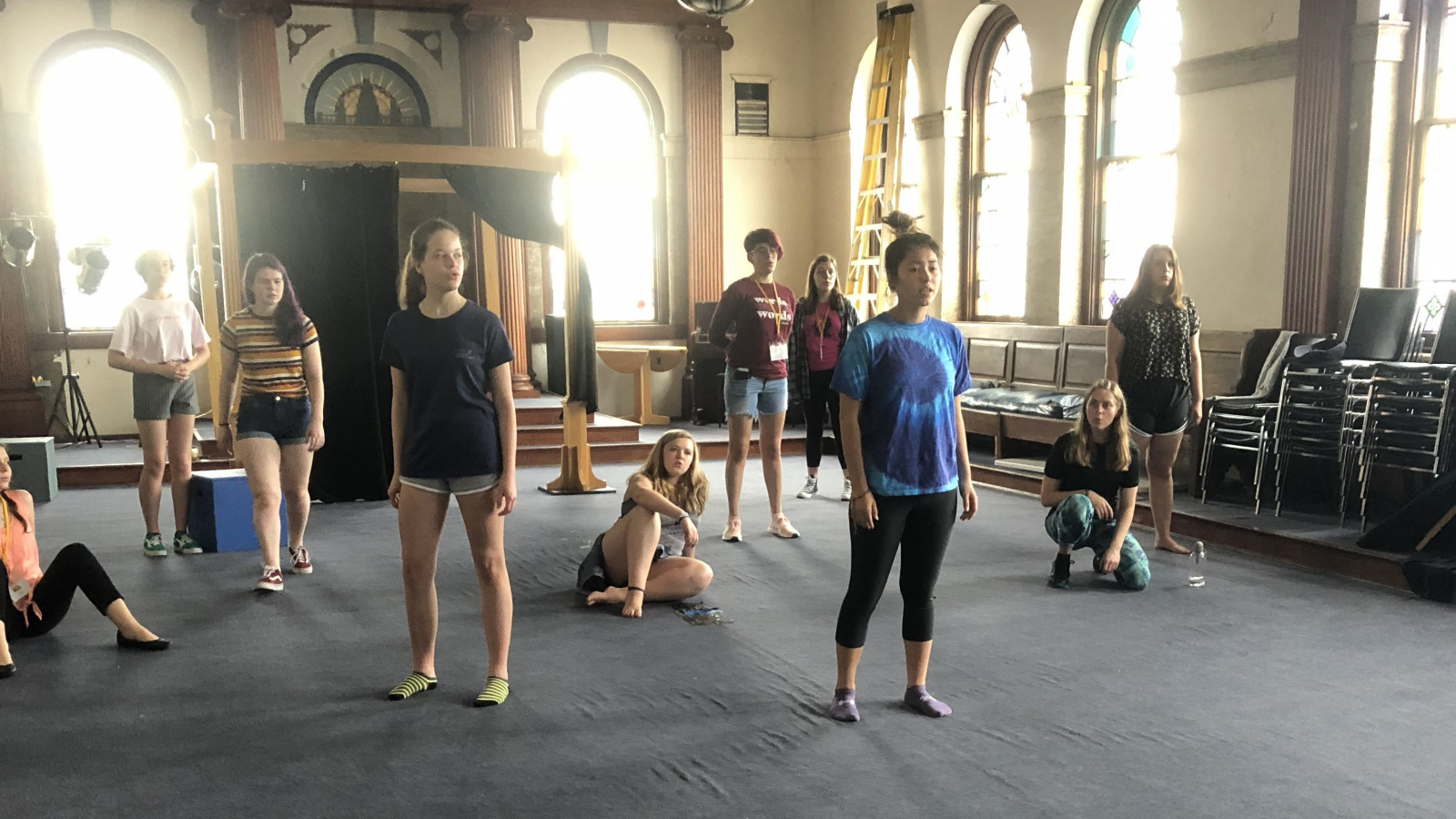 Today Olivia worked on staging the pre-show song with the cast. Emily and I then did some character and relationship work with Rossencraft, Gilderstone, Hamlet, and Horatio. Emily lead the cast in the huge player scene, working on specificity and intent. We then did a stop and go run of the first act.

From the Play: “The play’s the thing, Wherein I’ll catch the conscience of the king.”

From the Director and Special Guest:

“When you move, you start to lose power.”

Emily talked about how to show power through staging.

“As always, your meter will tell you. Those stresses matter and they tell you so much.”

This was said by (drum roll, please) Dr. Ralph Alan Cohen, himself. Ralph visited our rehearsal today, and imparted some timeless wisdom about the importance of scansion in finding how to say lines.

From the Cast: “Hamschool Musical!”

Having fun with the pre-show song.

Something I always love that is just so uniquely ASC is the pre-show song. The ASC actors perform a 15 minute pre-show and a 15 minute musical interlude during intermission. So, a fun camp tradition is that each cast performs one song at the start of their show. This part of the process is always so collaborative and inclusive of the entire cast.

What I also find great about the songs, is that it is the first moment to get into the world of their play. The tone of the song can set up the rest of the performance. So today, adding movements to the song layered on the full feeling of it. I was able to see all the hard work that the campers had been doing both on the song and on the play. I can’t wait to see how creating this mood through the song will inform the action afterwards. 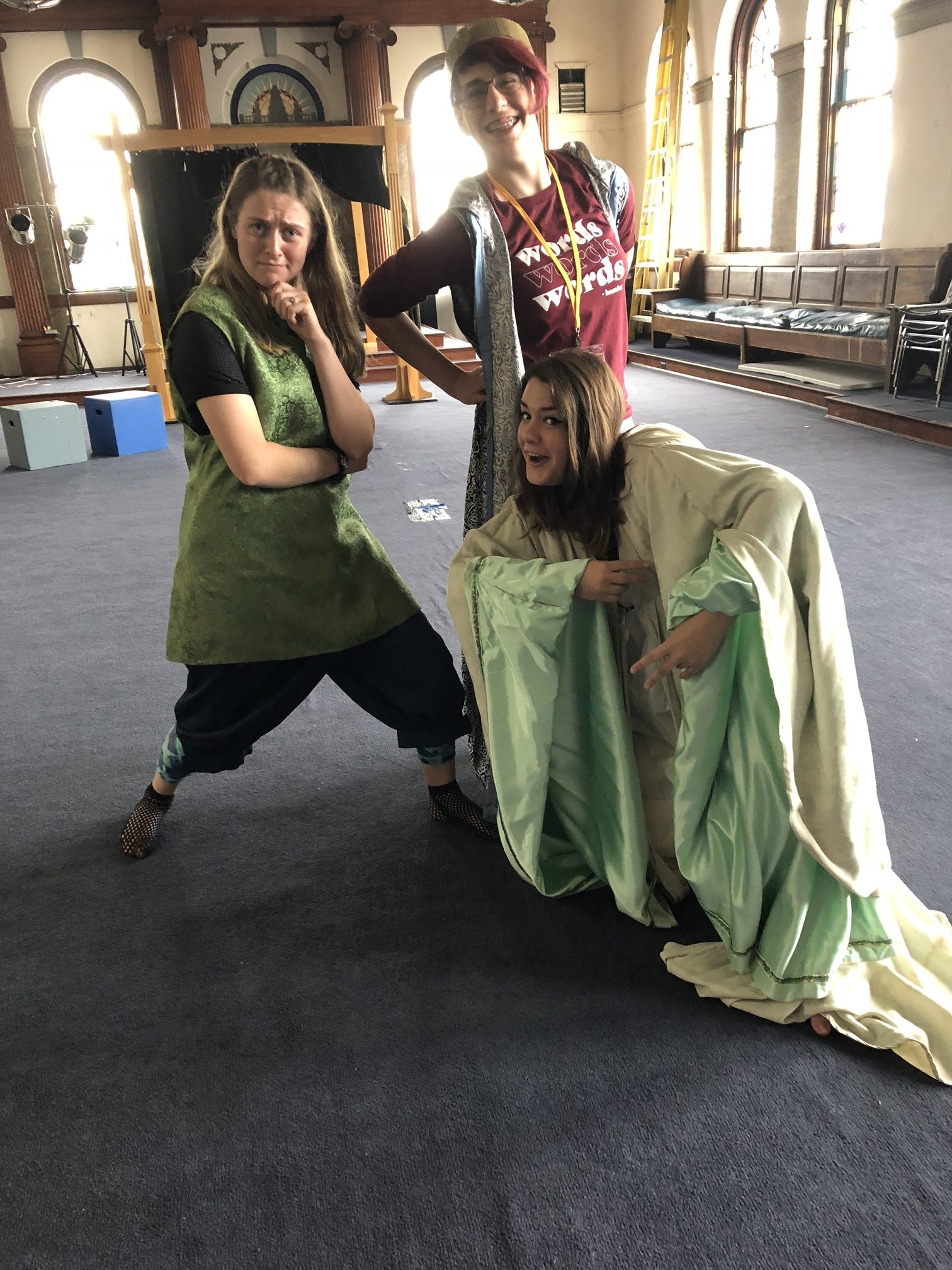 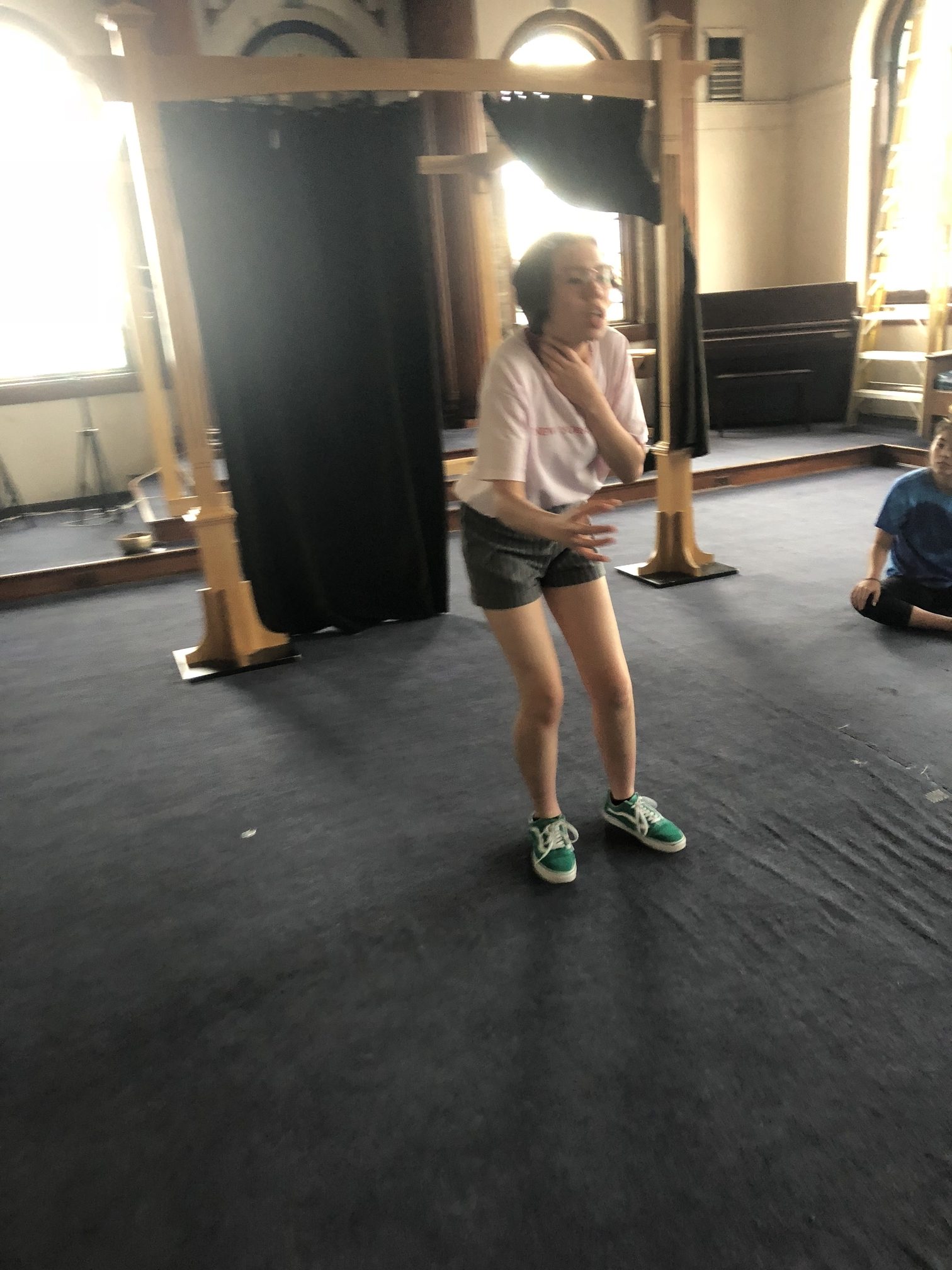 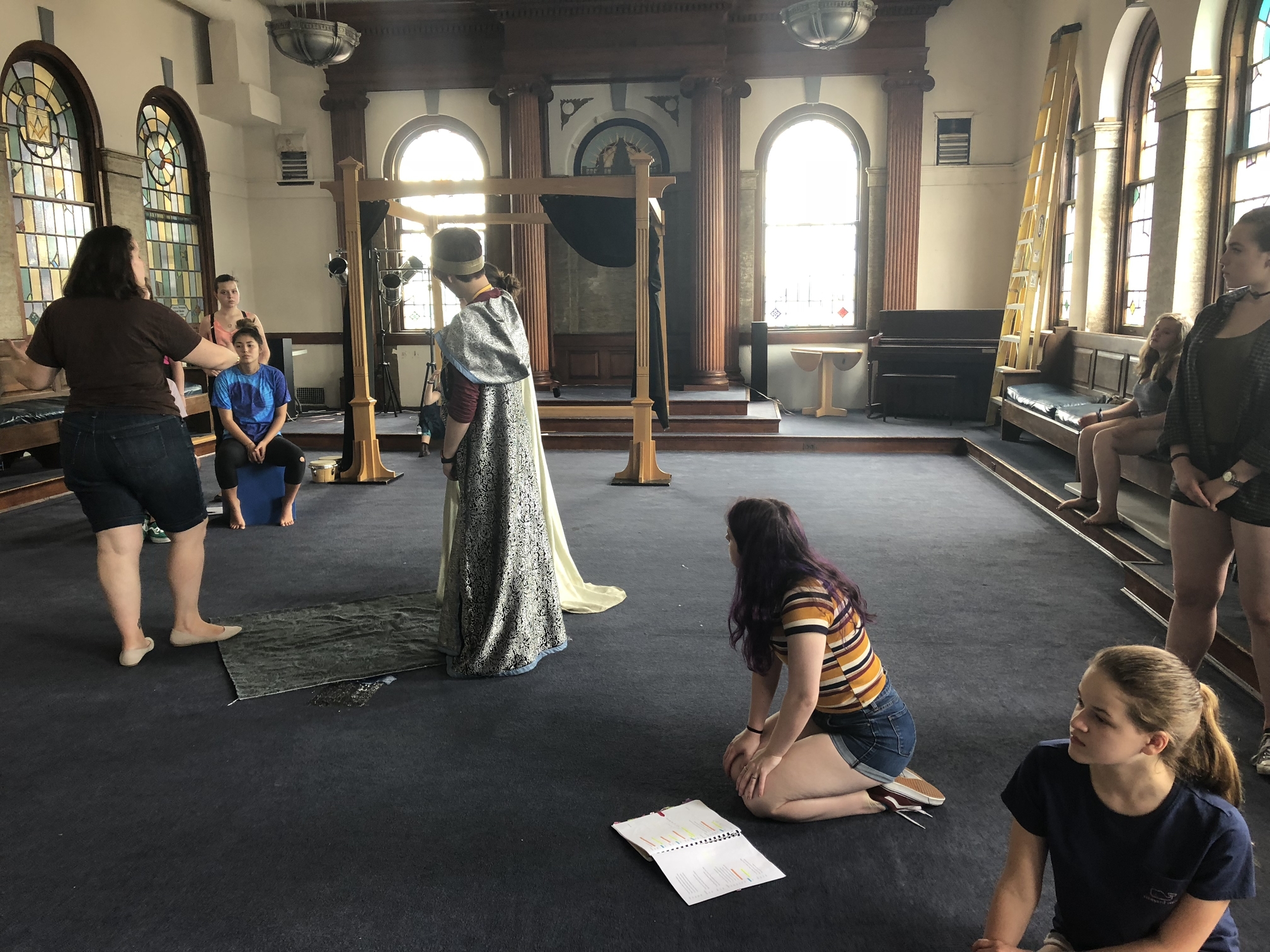