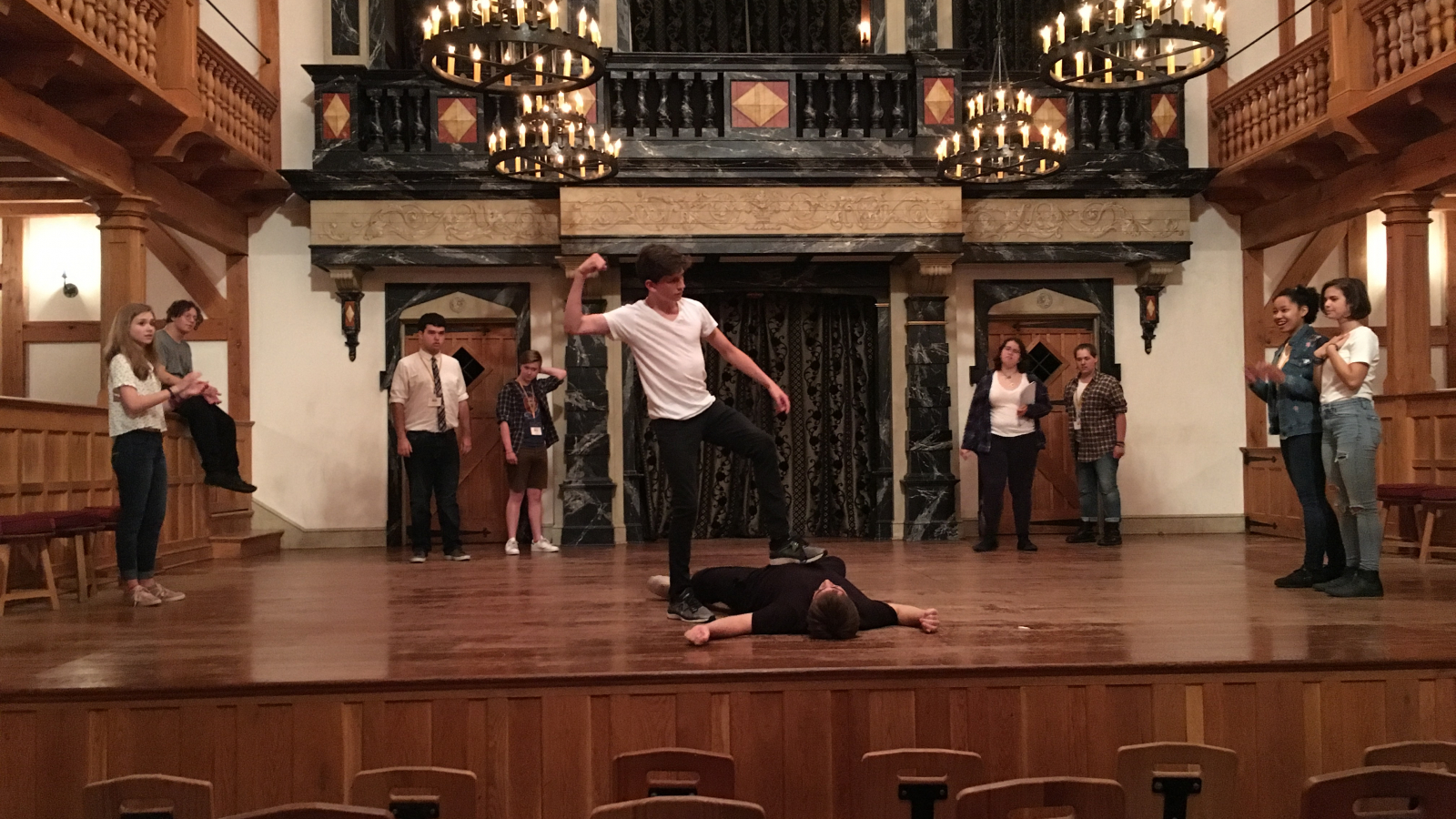 What we did: The actors were run through the different particulars of opening and closing the doors, paging of curtains, entering and exiting from the house, and how to properly close the house door to produce the desired ‘ka-thunk’. Then, the fight between Charles and Orlando was solidified, and then the cast continued blocking for the next few scenes of the show.

Production Insights: Finally getting the chance to work in the Blackfriars Playhouse was fan-frickin-tastic. The hype of working in Blackfriars was, luckily, enough to cover the slight drop in energy after dinner, as this was also the second rehearsal of the day. The cast arrived at the playhouse as energetic and ready-to-work as they are for their normal rehearsal. They took everything in stride, from learning curtain-paging techniques and door opening/closing rules, to working with running underneath the theatre to appear a few seconds after a stage exit, but now entering from the house.

The Blackfriars Playhouse has, for several years now, been one of my favorite places, and being able to share it with my cast is amazing. Hitting the milestone of the first rehearsal in the Blackfriars is also significant for many reasons. Not only does it give the actors the chance to work with an actual backstage, and the actual dimensions of the stage, but Blackfriars has a particular magic to it that has the ability to re-create a show entirely. The energy that seeps from the floorboards has the fantastical capability of spurring every actor onwards with a renewed sense of excitement and purpose. I am so thrilled to see the results of this evenings work tomorrow in rehearsal, and I cannot wait until the next evening adventure in the Blackfriars! 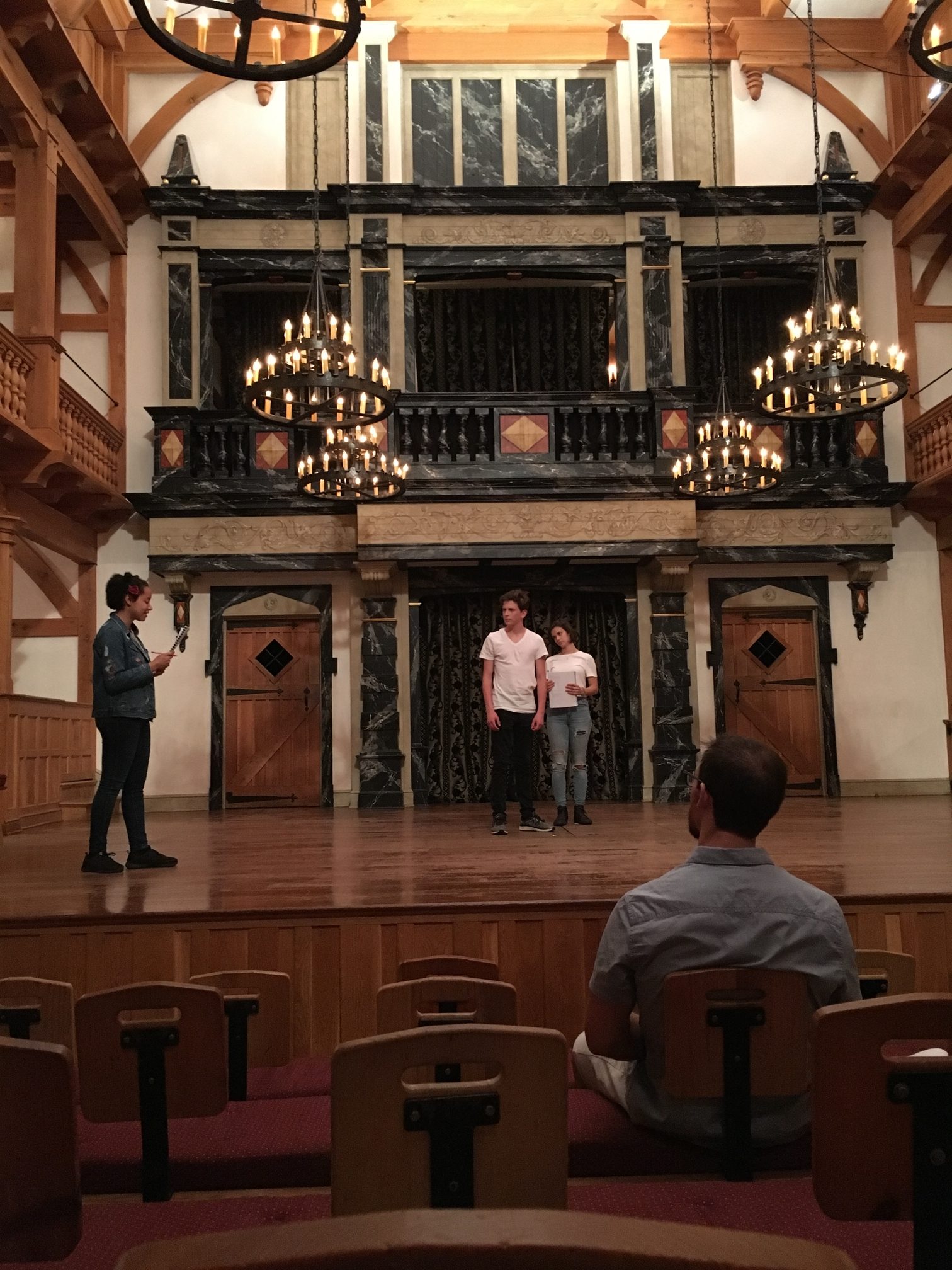 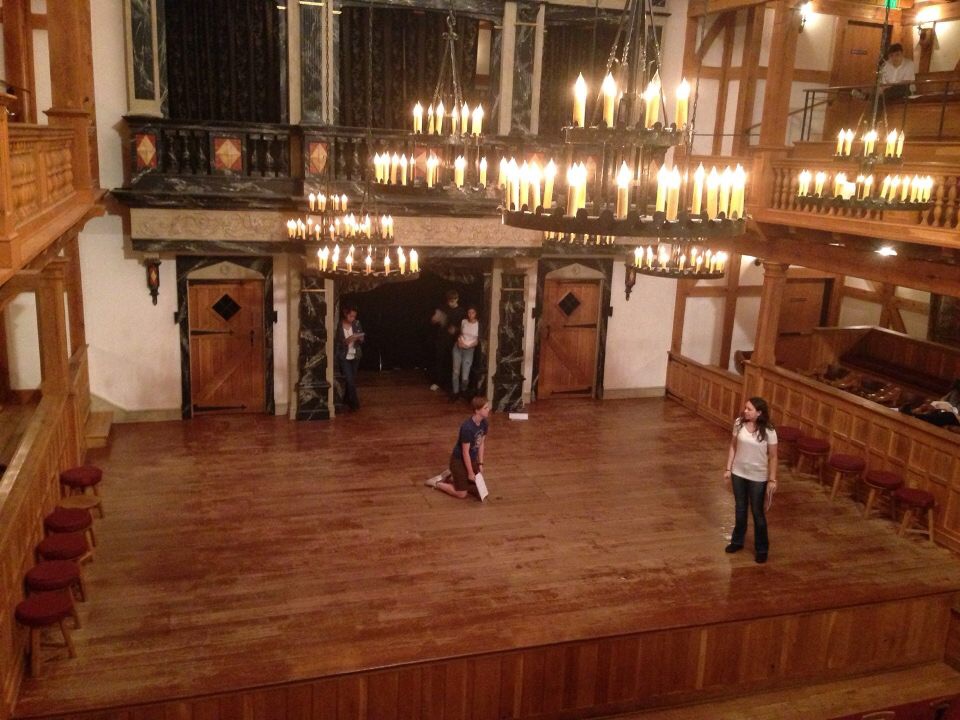 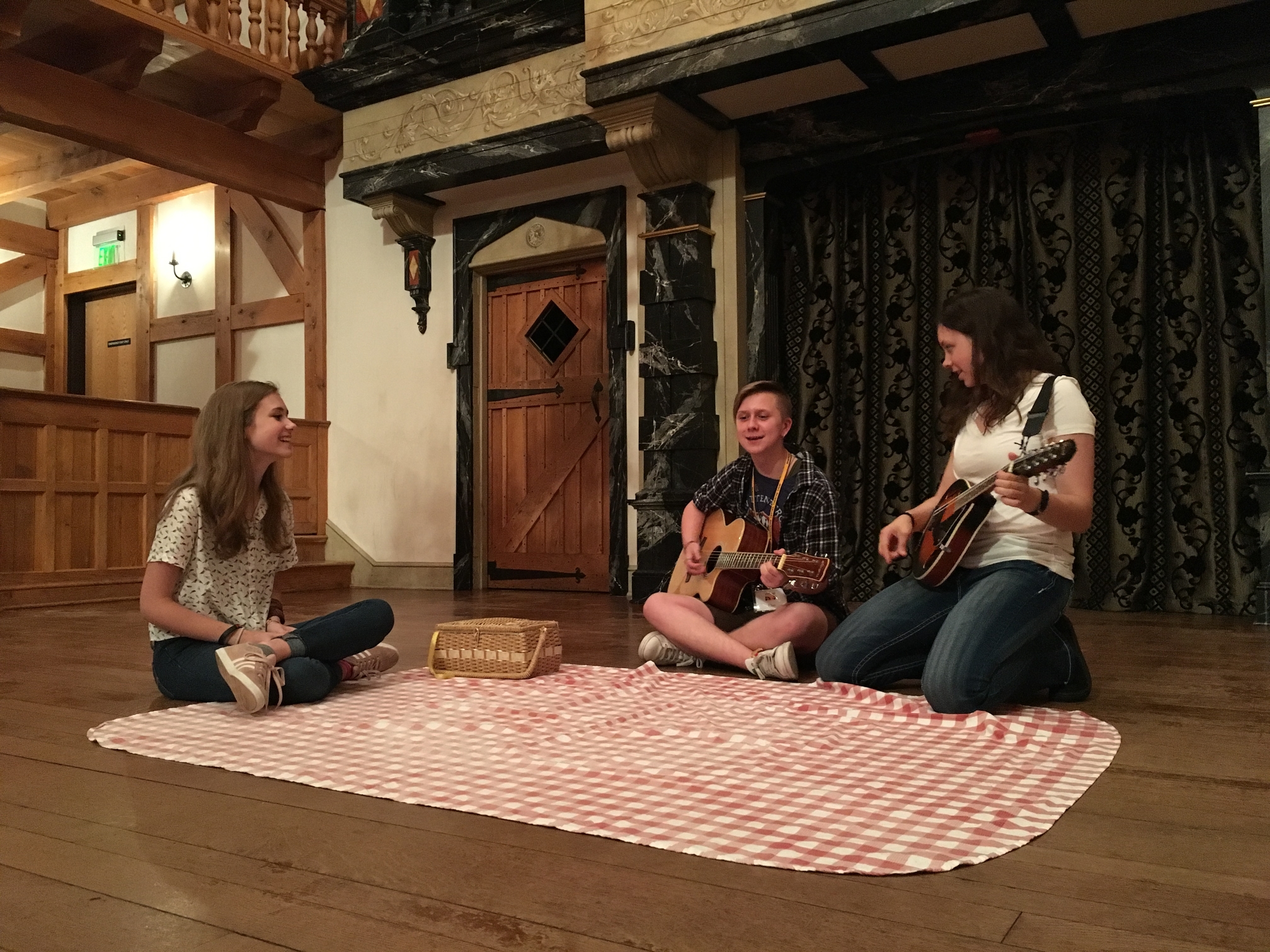