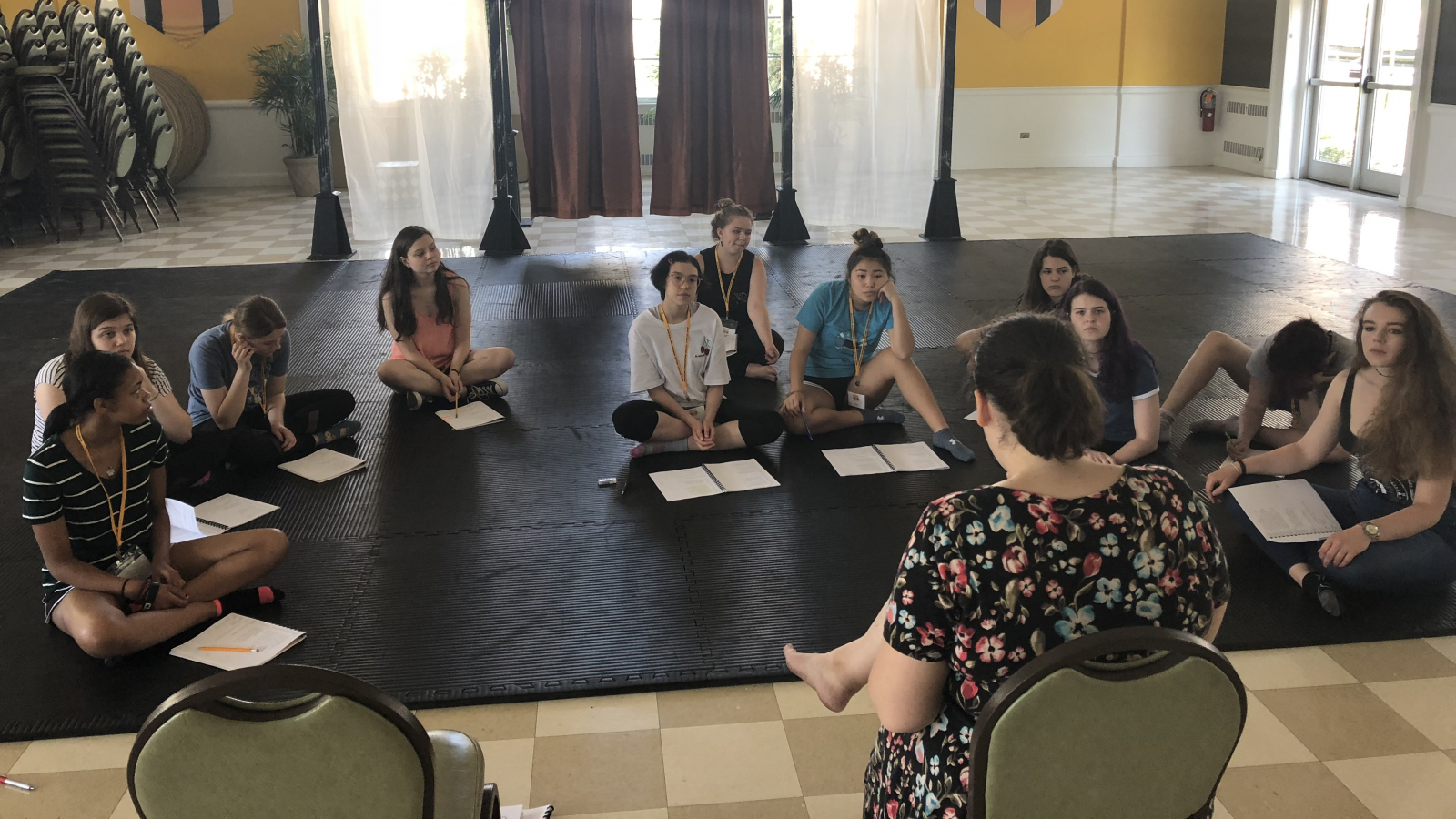 We started the day with a dramaturgical discussion about religion in the time of the play, in the play, and purgatory. Then Emily started staging parts of scenes 2, 16, and 17. Austin and Olivia worked on text with the Watch and ghost and Ofelia and Corambis.

From the Play:  “Do not drink, Gertred.”

In working on the last scene, we discussed different motivations for both the King and Queen. We also talked about the power of making choices based on love instead of indifference.

From the Director: “That’s what your soliloquies are: they’re like crying in the shower.”

Said to Hamlet (Maddie) about when Hamlet is able to unleash all his emotions and thoughts.

I had a great time sharing some of my research with the campers today. This cast is so smart and not only came in knowing some informative tidbits about my presentation but also asked some really great questions. I had a lot of fun researching purgatory and ghosts (and evil spirits) and it was rewarding to share that with people who were so willing to learn with me. It’s also great to see the play start to come to life as the actors get their basic blocking. They had lots of different ideas about how to say their lines. Even though we are in the beginning stages, people are already finding the intricacies of the text and the relationships in the play. 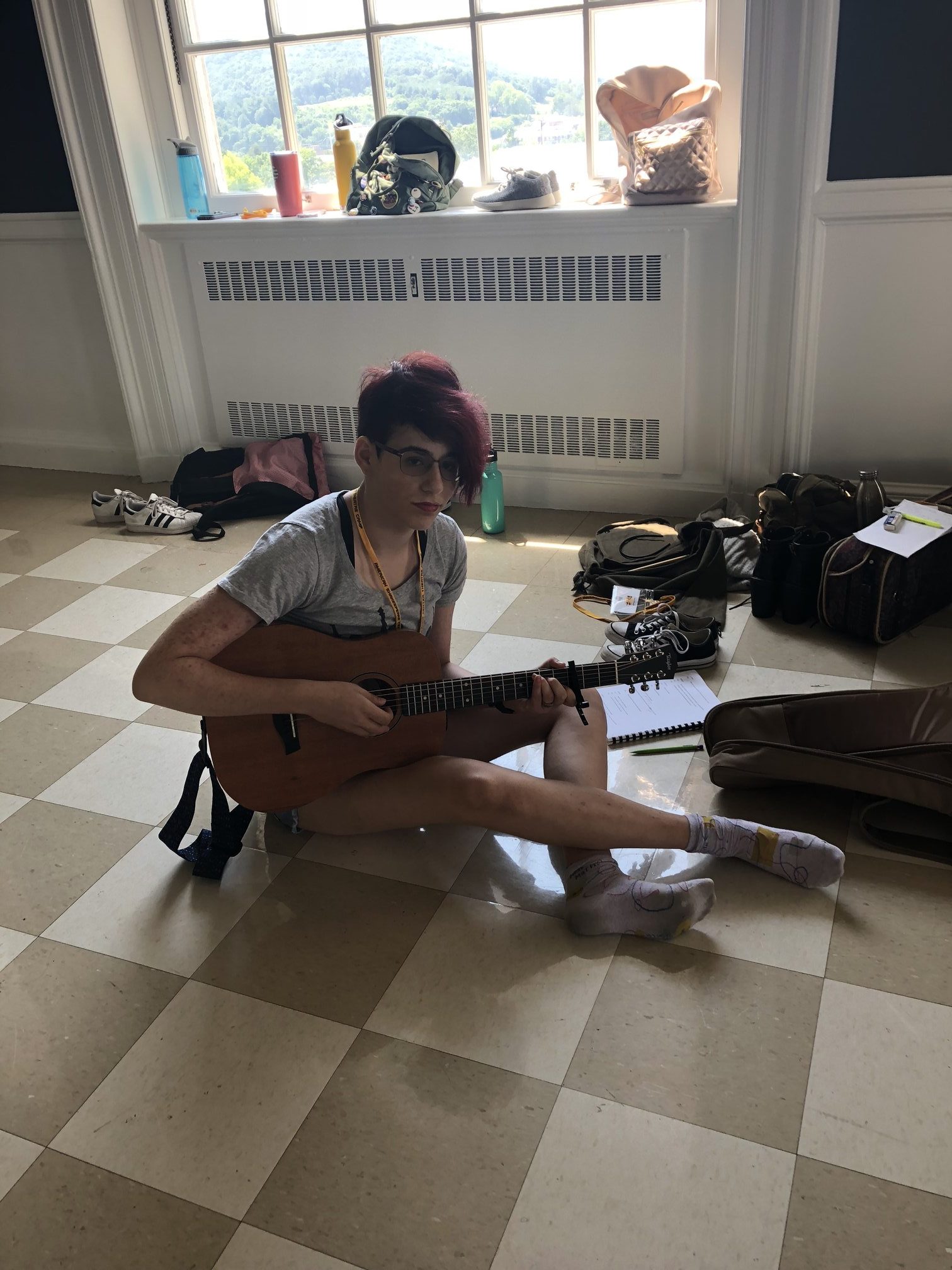 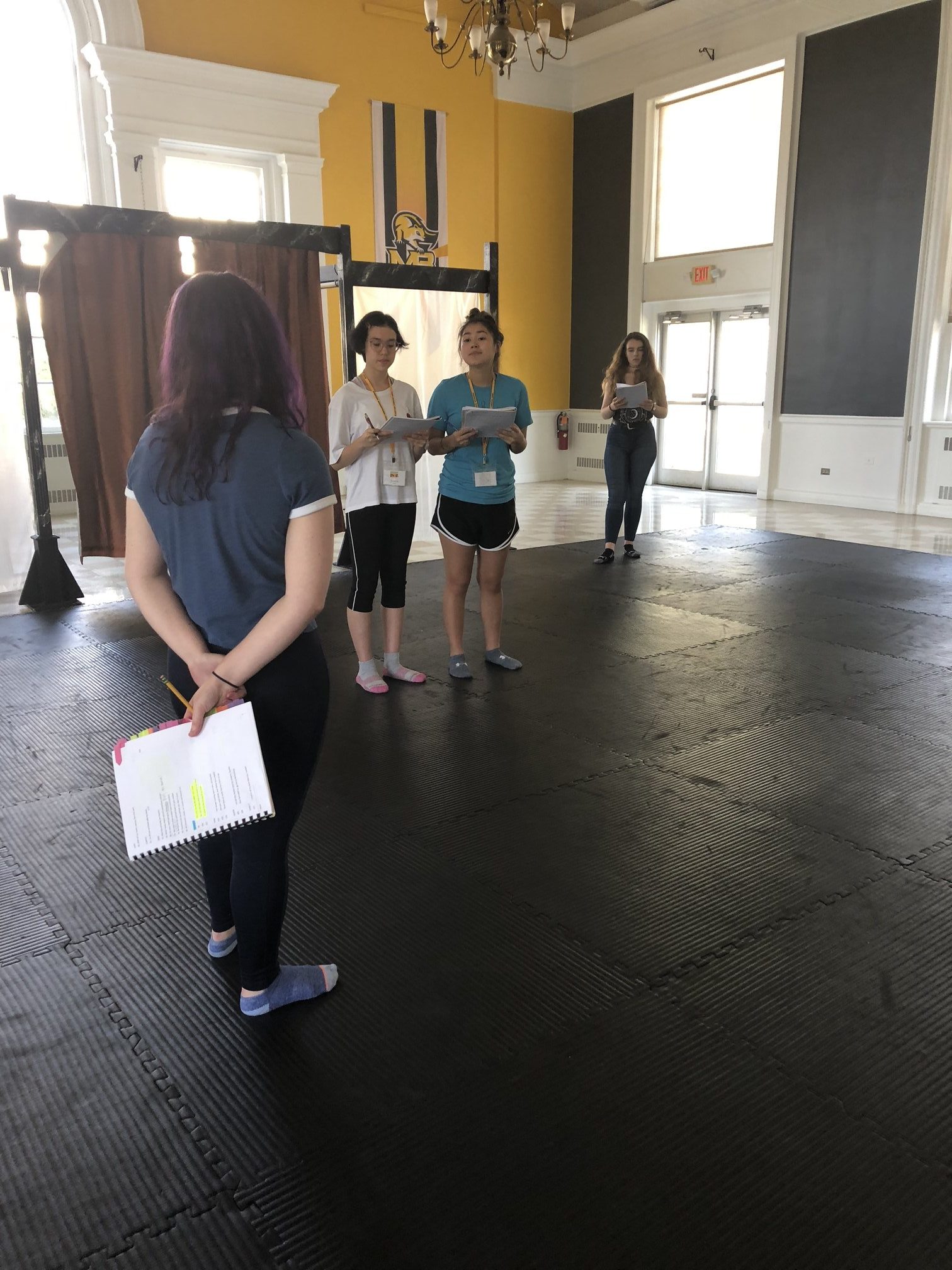 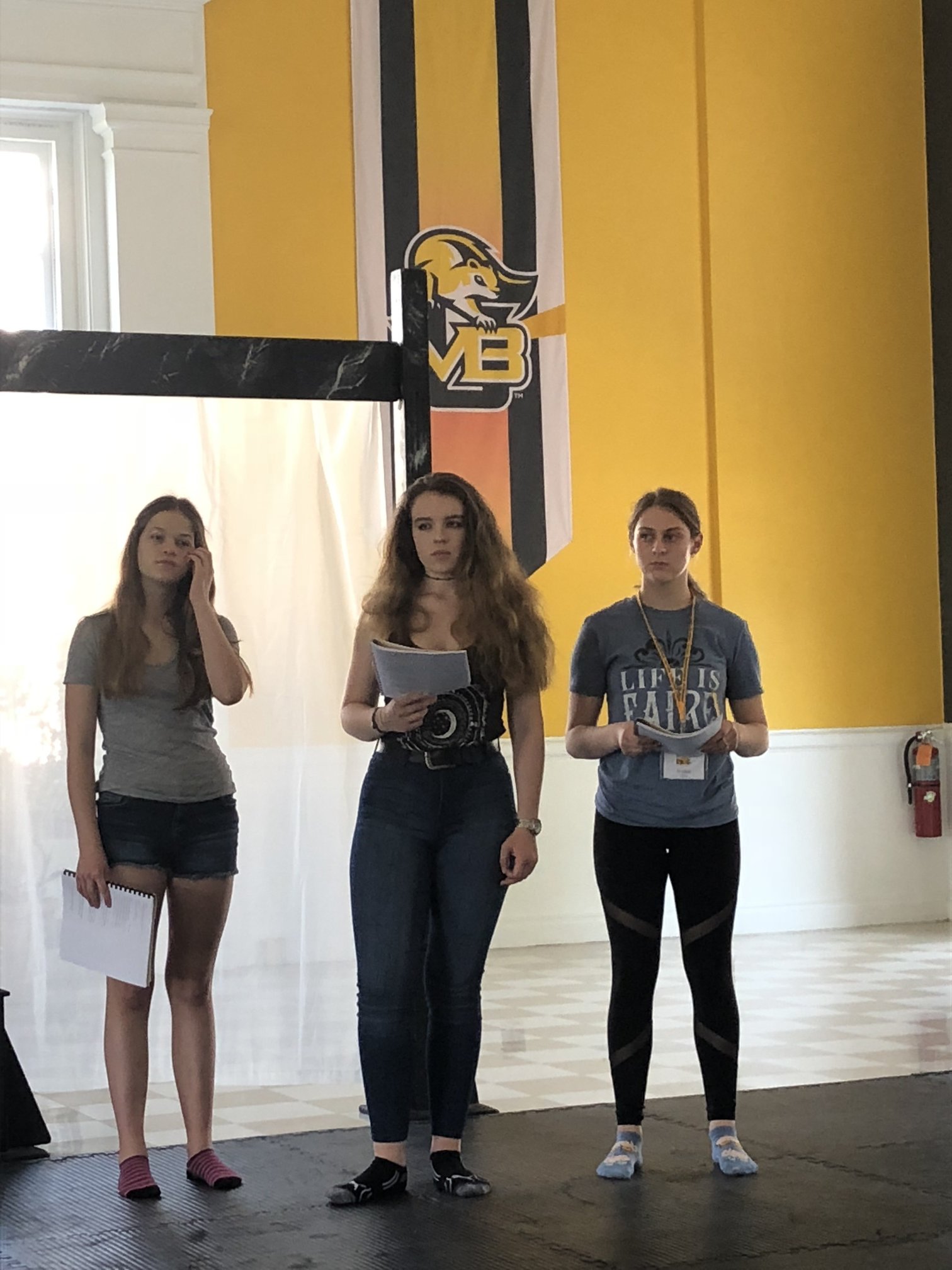 Ronee Goldman is the Production Intern for ASCTC’s session 1 production of Q1 Hamlet. She was a camper for two years and is so excited to be sharing her love of camp with others. She is currently pursuing a BFA in Acting at Ithaca College.