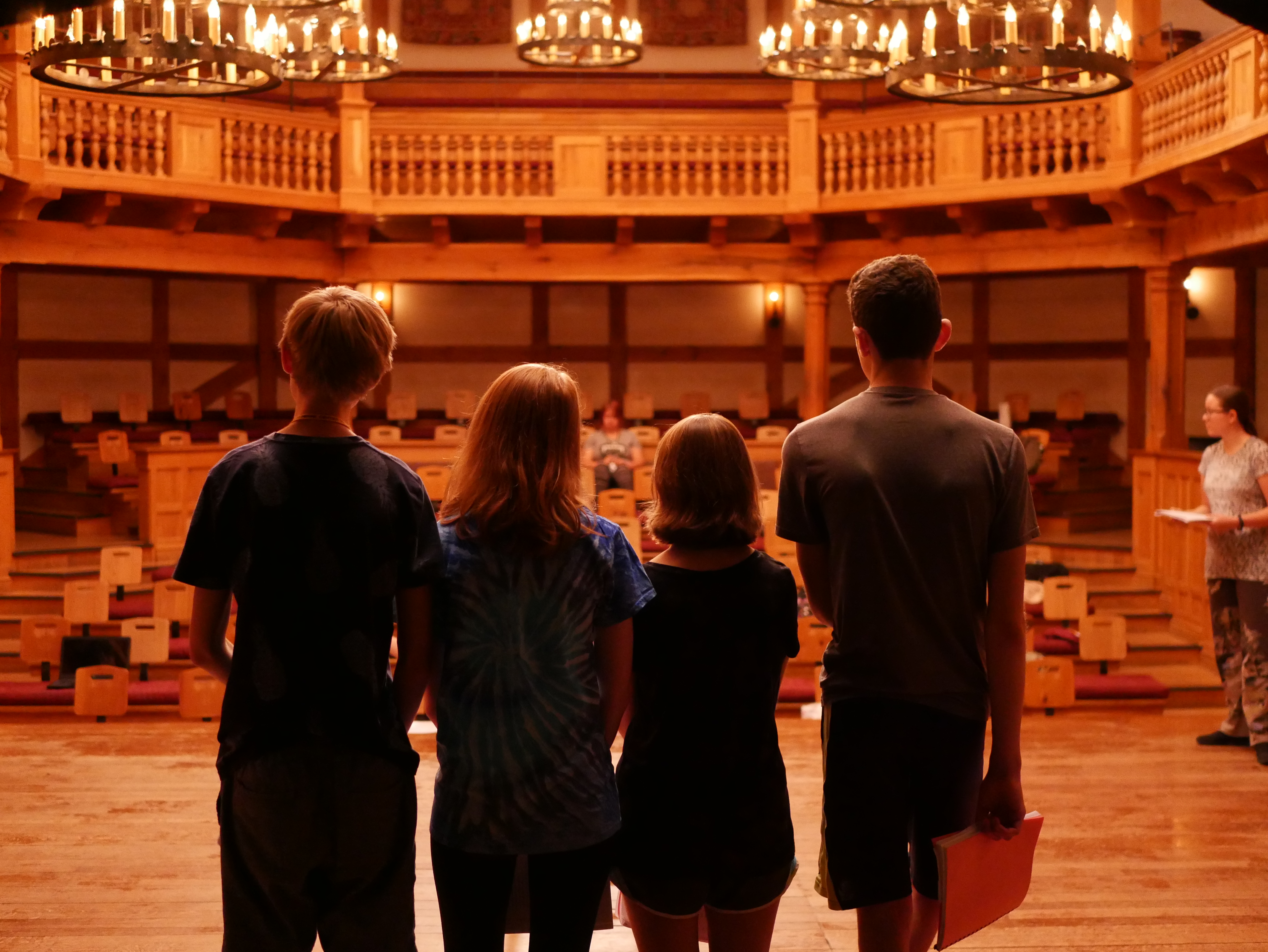 To get accustomed to the ASC’s stage, the cast each repeated their character introductions, experimenting with the heavy doors and discovery space curtains. After some brief text work, we worked through the crowd scene where Volpone, disguised, sells medicine to the assembled mob of Venice. It was exciting to interact with the architecture of the Blackfriars as we used the musician’s gallery, pony doors, and the discovery space. I’m amazed at how visible the street in Venice became on the blank stage.

VOLPONE (as SCOTO of MANTUA): This blessed unguento, this rare extraction, that hath only power to disperse all malignant humours.

SPENCER: [in response to an embedded stage direction] Tornado Corvino, or Hurricane Corvino?

Any actor playing Volpone has a startling challenge, to act as a character who is pretending to be someone who themselves is acting. Volpone disguises himself as Scoto Mantuo, who as a Mountebank (a street performing quack doctor) puts on an enormous persona to market his fraudulent cures. The play is full of other examples of manipulation, acting, and disguise. While the cast will soon have help to inhabit these multiple identities from their costumes and props, it has been inspiring to see how much distinction is created by Ben Jonson’s text and by the physical and text work the actors hac been doing with our director Finch. 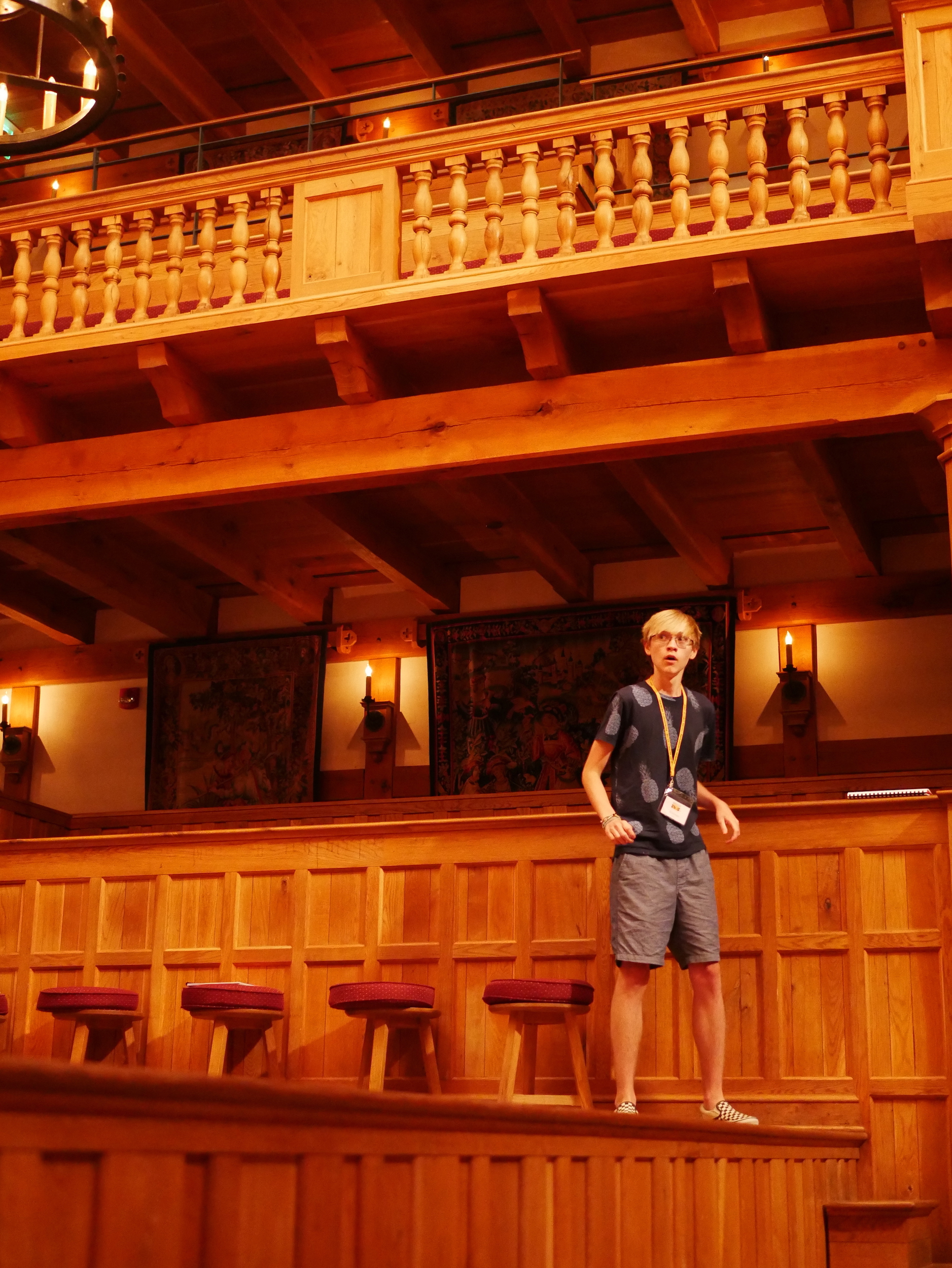 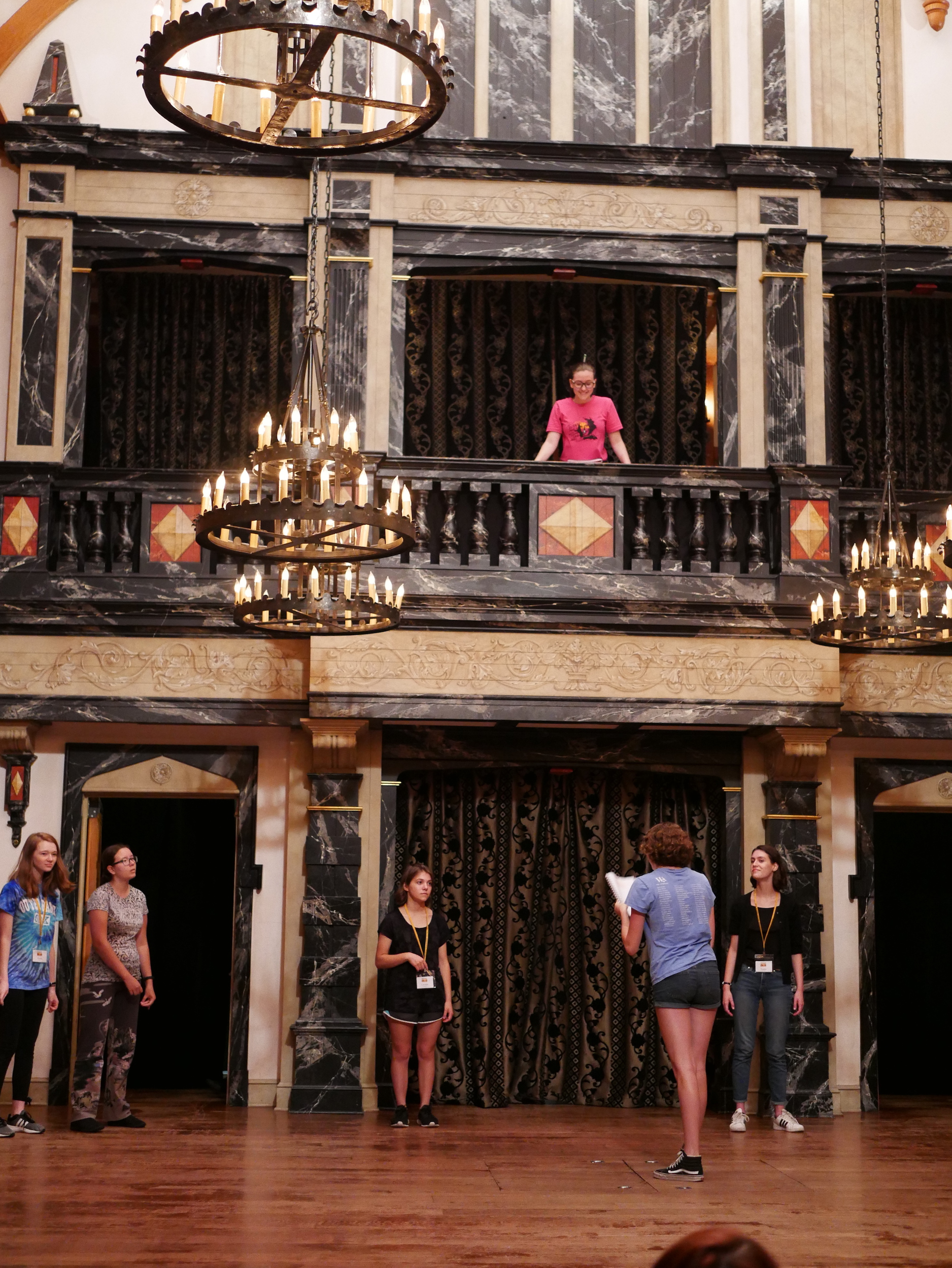 Lucy woos Scarlet on the balcony. 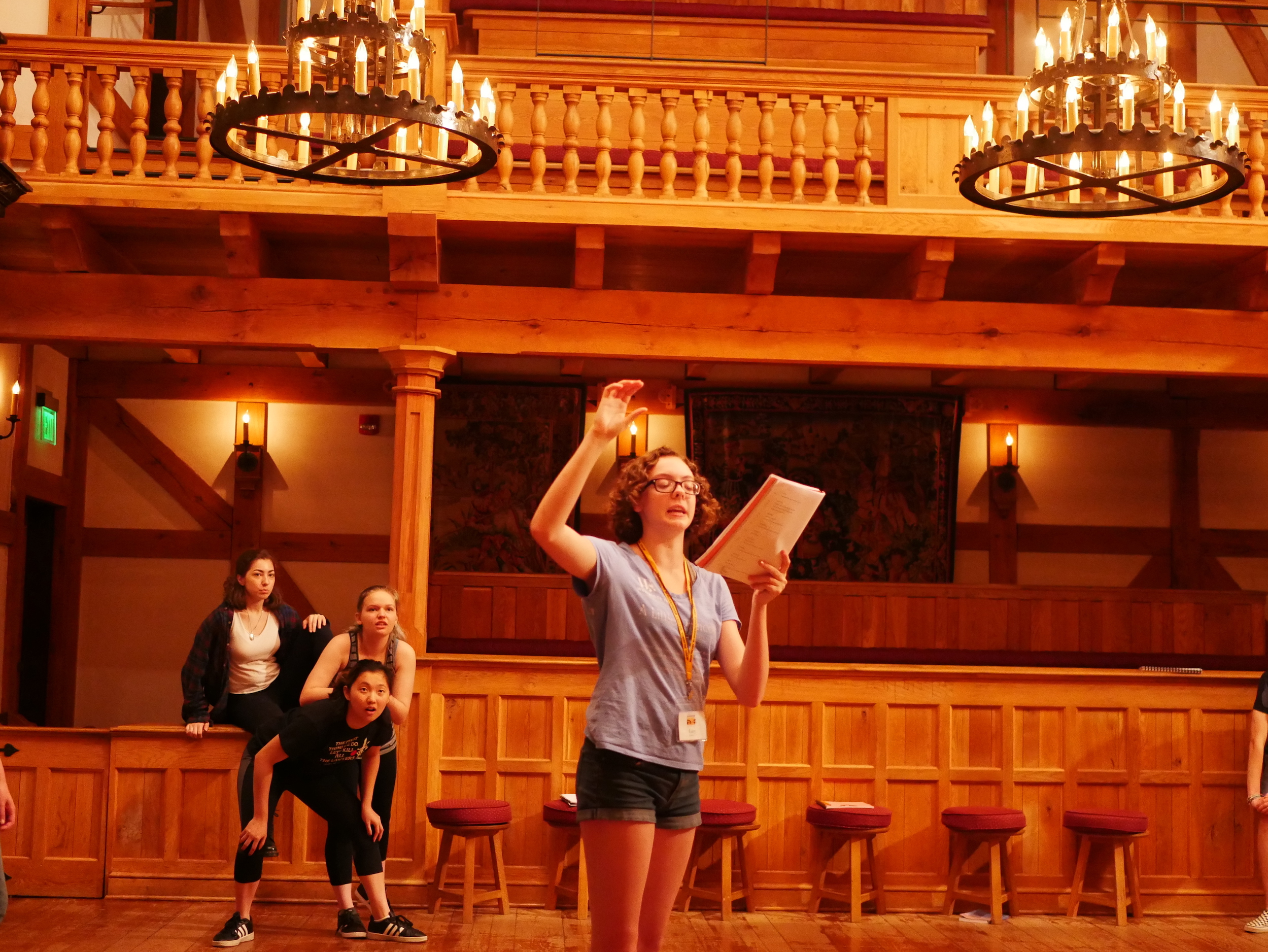 Volpone (as Scoto) hawks his wares. 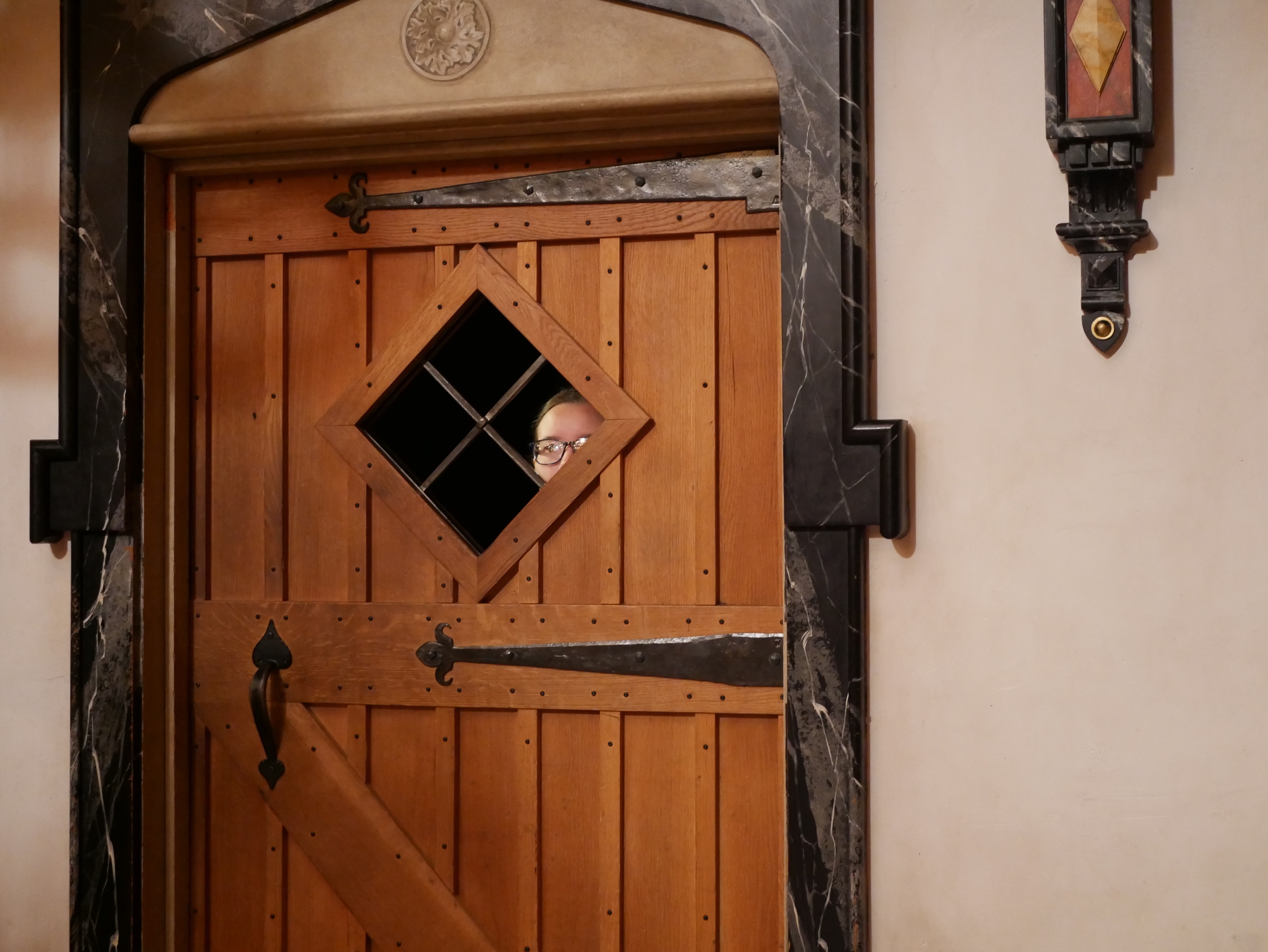 Adreinne observes the scene from backstage. 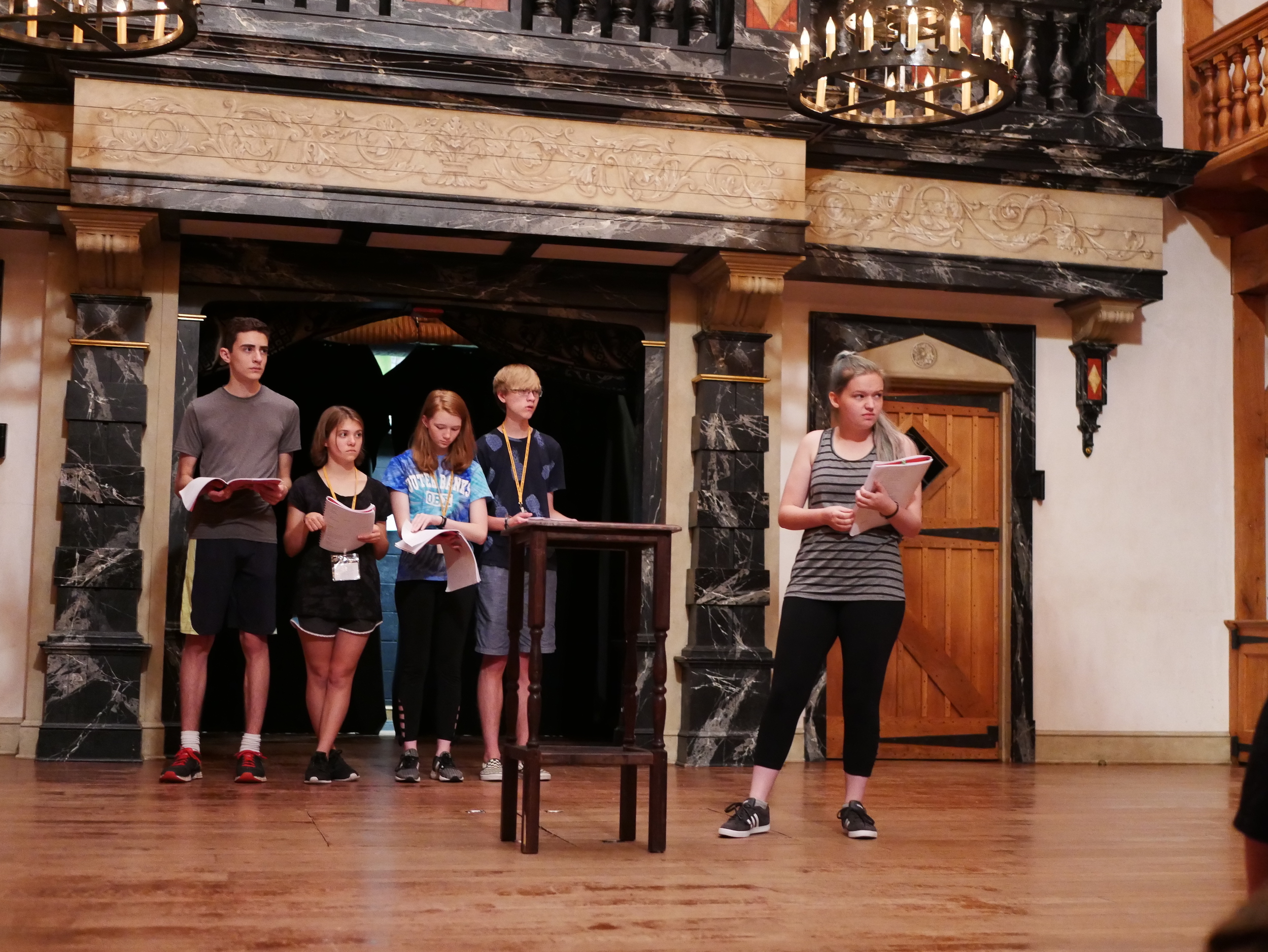