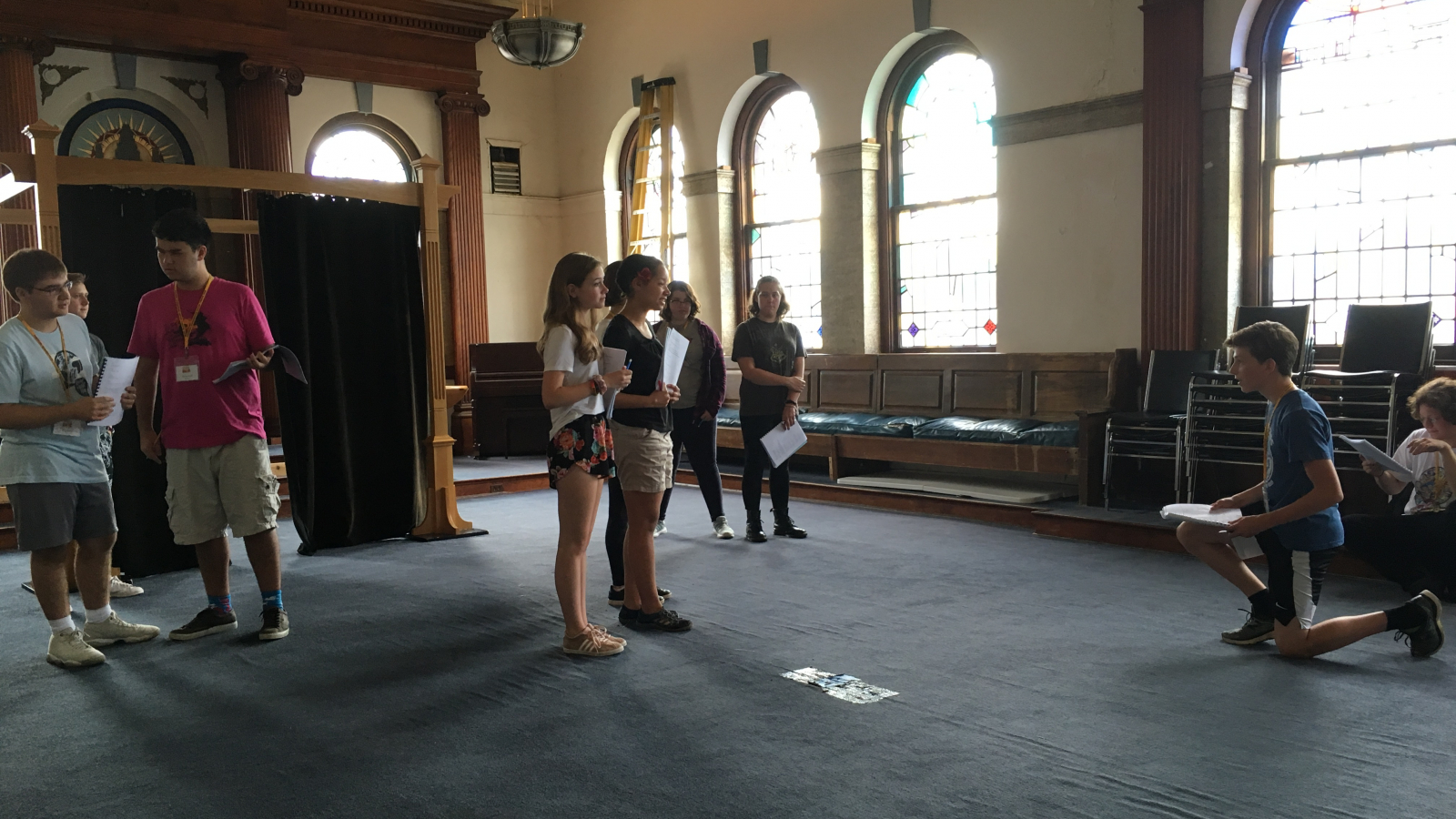 Production Insights: Blocking these scenes in which each character is introduced is a vital part of the process. Because, the audience members will decide what they think of that character at one glance, (even if the actor is their child), so first impressions are extraordinarily important. Each character must be given a clear ‘type’ as it were, in order for the audience to understand who he or she is, and what their purpose in the play is.

Watching the actors embrace these ‘types’ and bring their own personalities to the stage is an amazing process to be in on. Each actor must learn that although the characters come to life through his or her own acting, they must be able to embody a different person, and the nuances of that character’s own life inside the show. I cannot wait to see each character develop across the weeks of rehearsal, and I am expecting that the campers will bring a lot to the table. 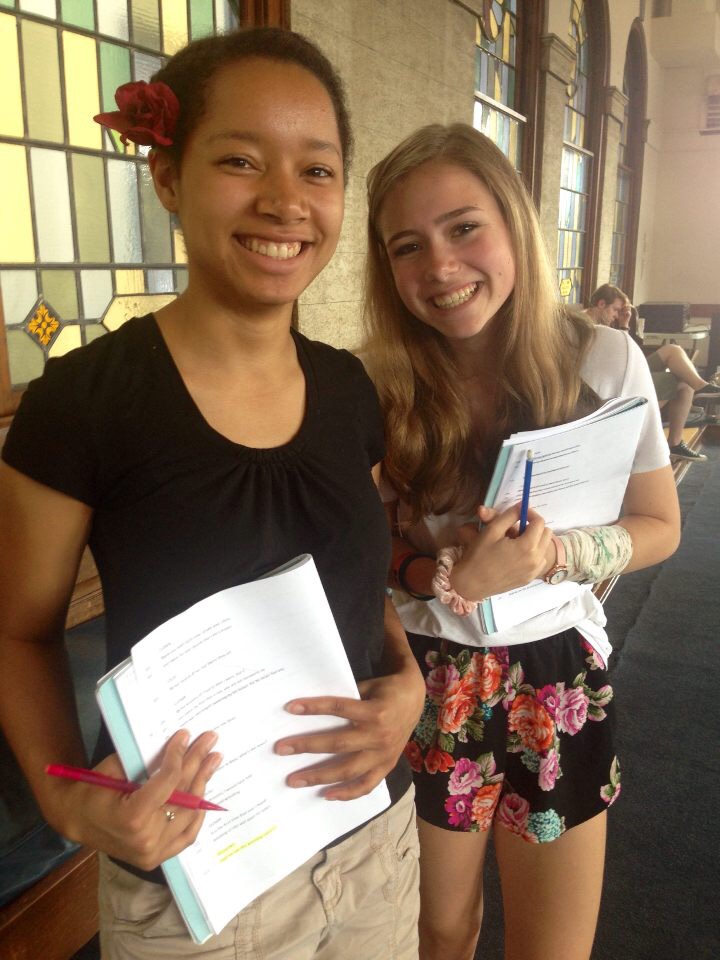 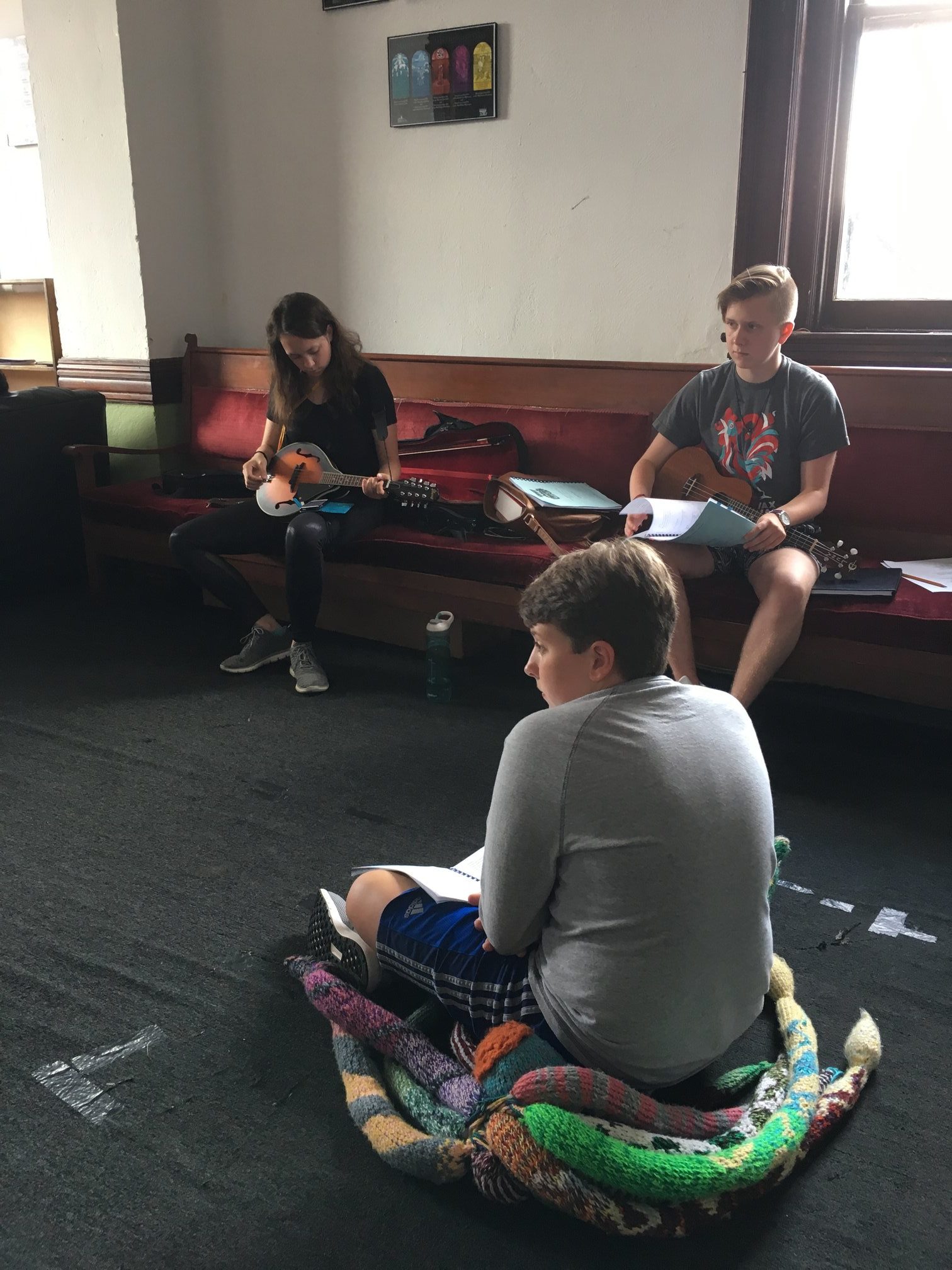 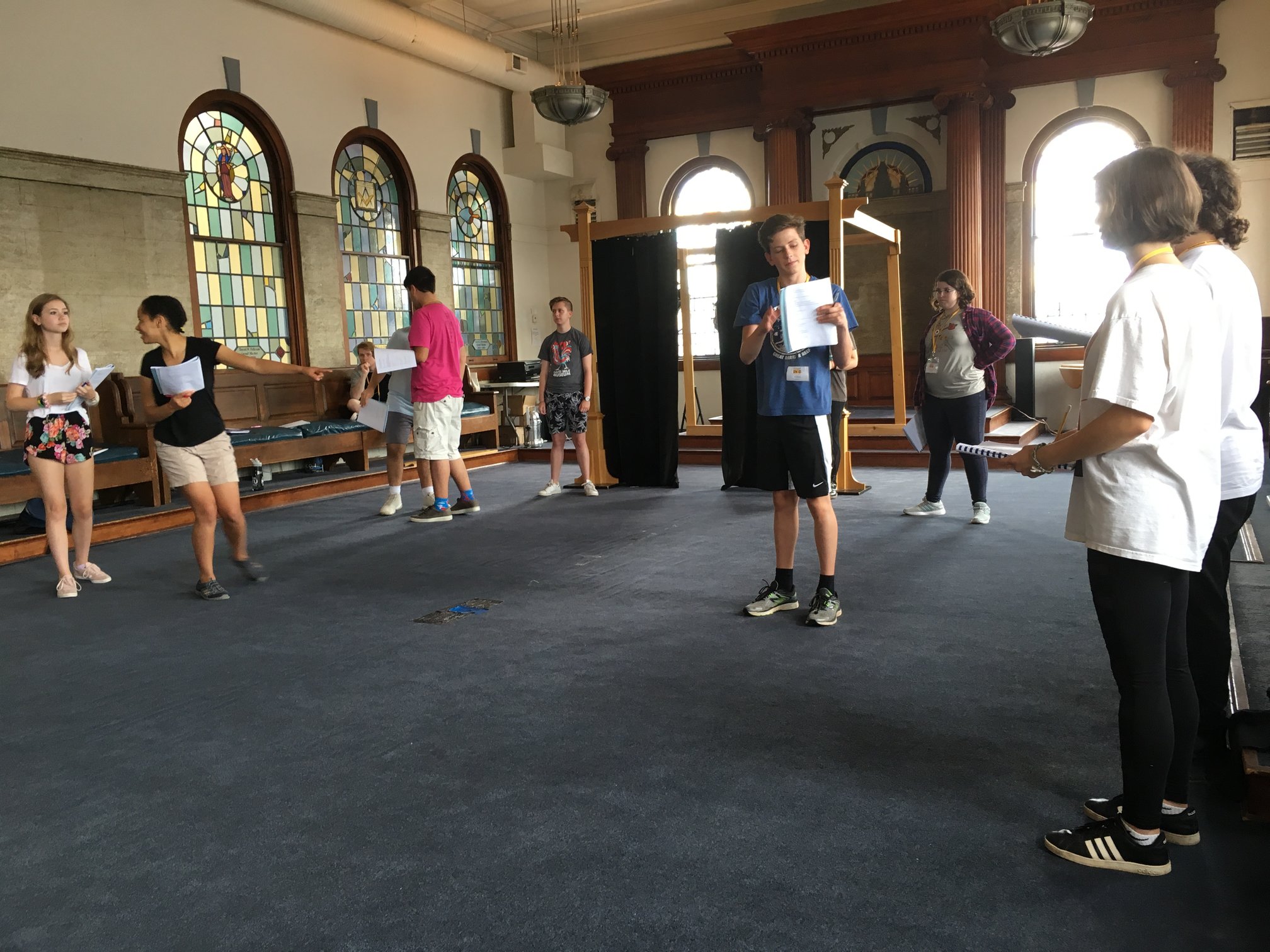