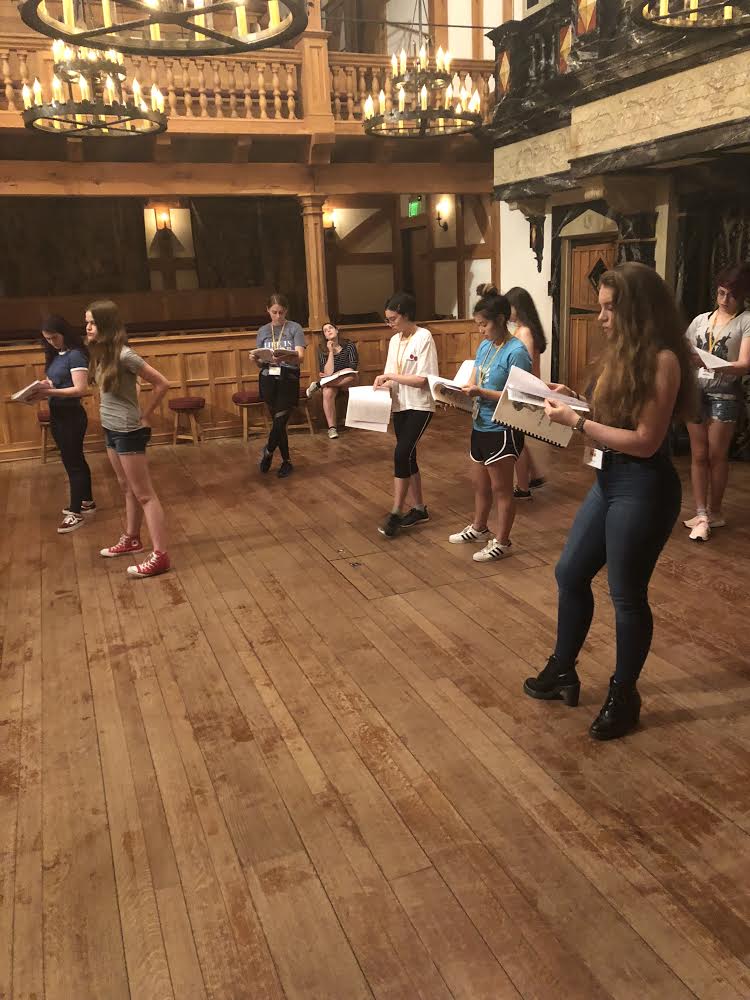 ASC’s Technical Director, Brandon Cook, took the cast on a tour of how to use the *drum roll* TRAP DOOR! For the first time ever (possibly?) camp shows are able to (with very special permission and very special instructions/supervision) use the trap door AKA Hell. We then started some stage combat with the help of our fight choreographer, Gil Mitchell. We continued to stage the player scenes on the Blackfriars stage.

Quick and Quotable
From the Play: “Behold ‘tis I, Hamlet the Dane.”

This is Hamlet’s infamous line before he jumps into the grave (which is NOT happening in our production). For us he just says it before he gets in a little spat with Leartes.

*Only Austin responds to this*

Emily made a reference that none of the campers understood when talking about the Players!

Alex-“This is a banana free zone.”

This is true. The Playhouse is, indeed, a banana free zone.

Something amazing about camp is how it is ever evolving. Many little and big changes have occurred since I was a camper (not that long ago). The camp being able to use “Hell” is such an amazing opportunity for the campers to further experience an authentic Blackfriars experience. It was great watching the cast play on the stage (for the second time already) so early in the process. To me, the Blackfriars is the most magical playing space and the campers got to play tonight. So here’s to more new opportunities and discoveries! 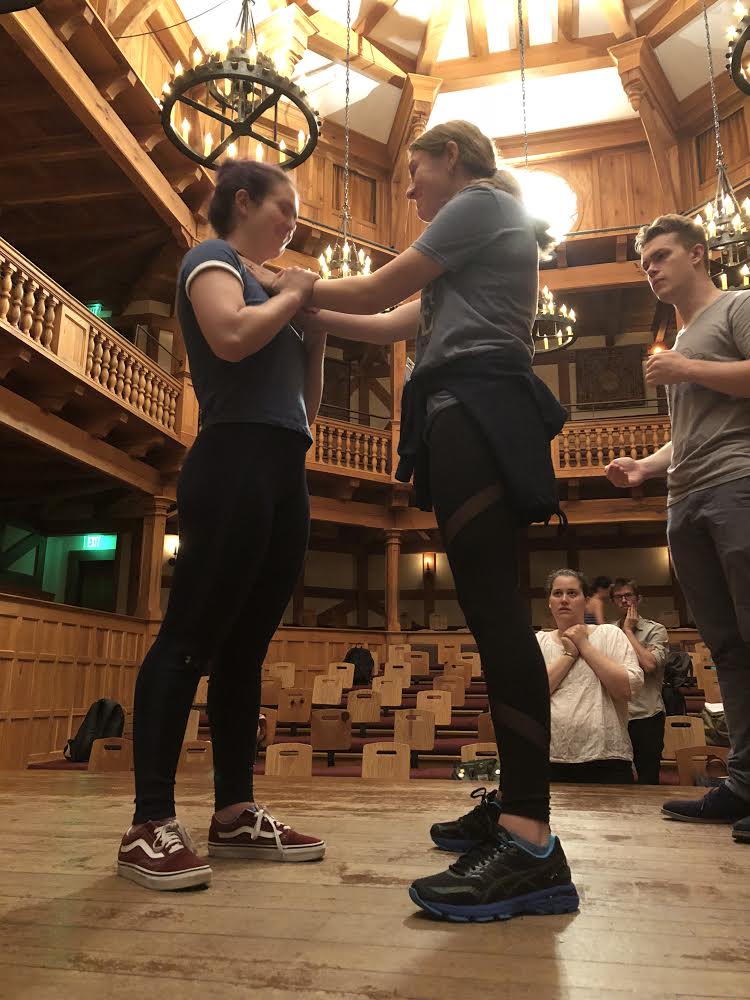 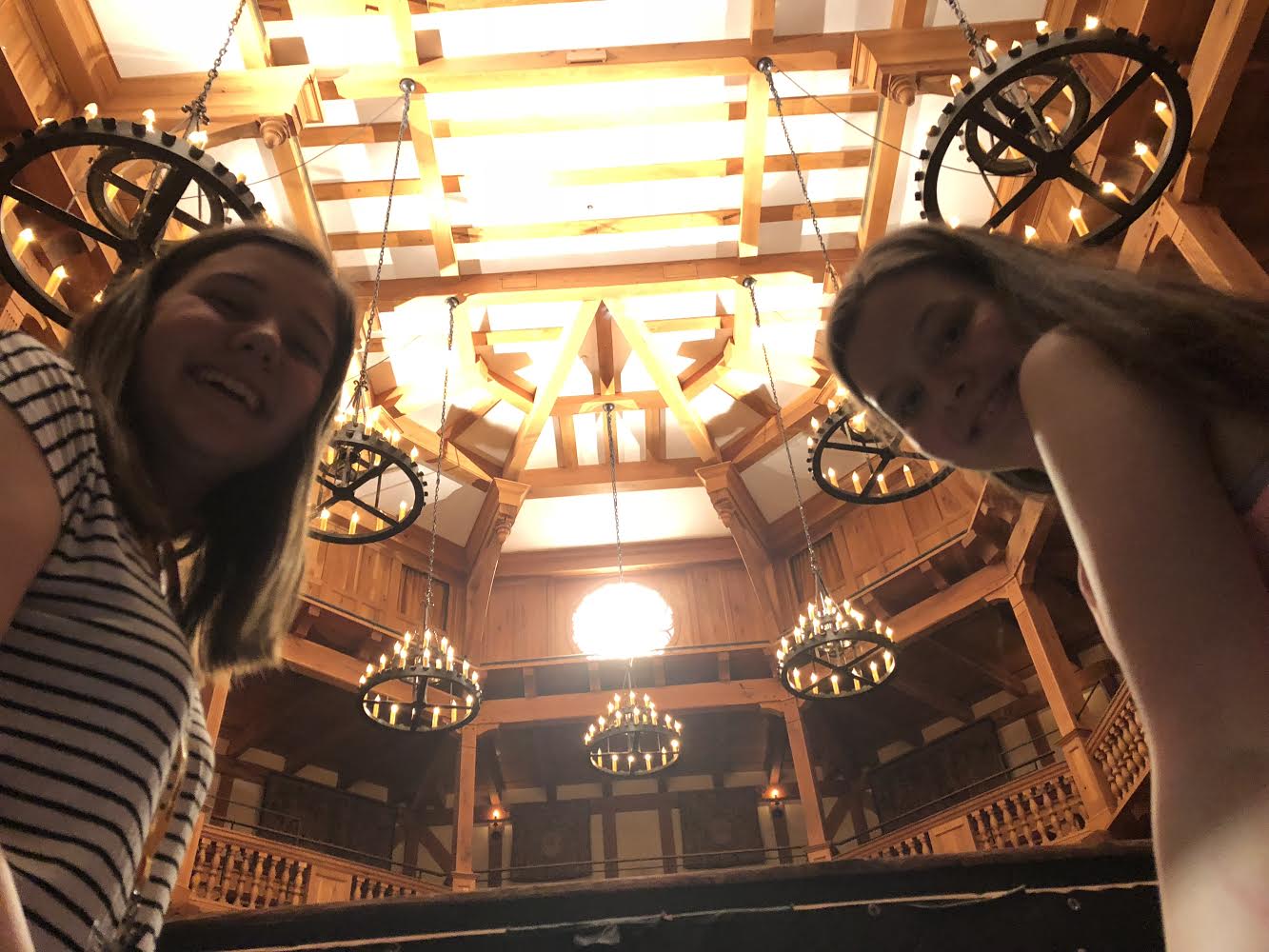 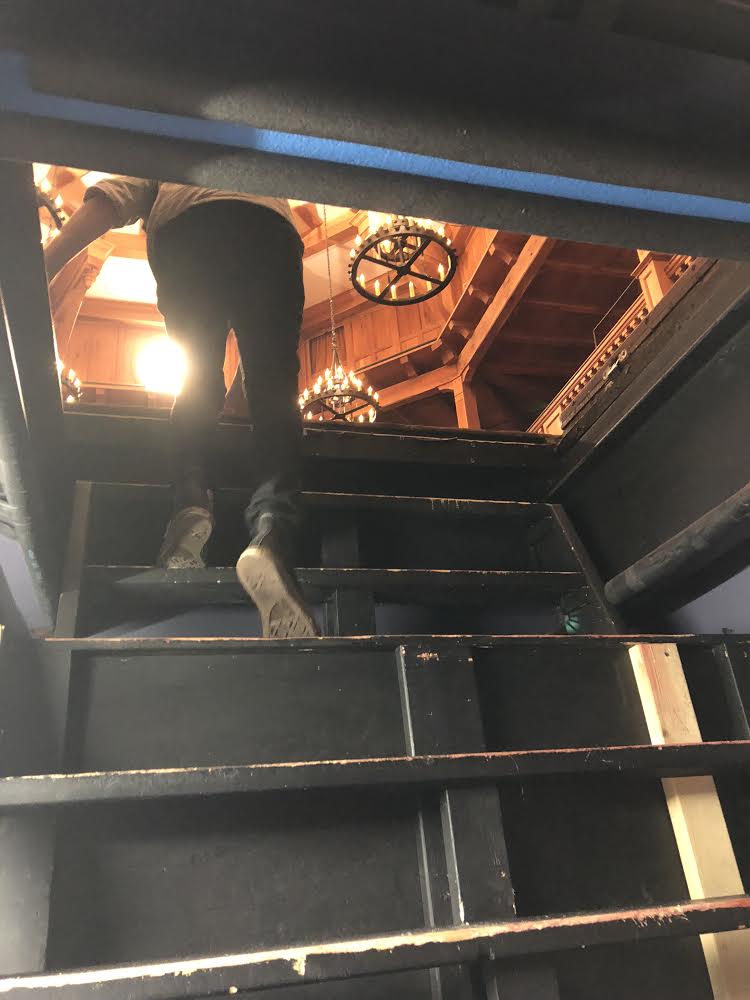