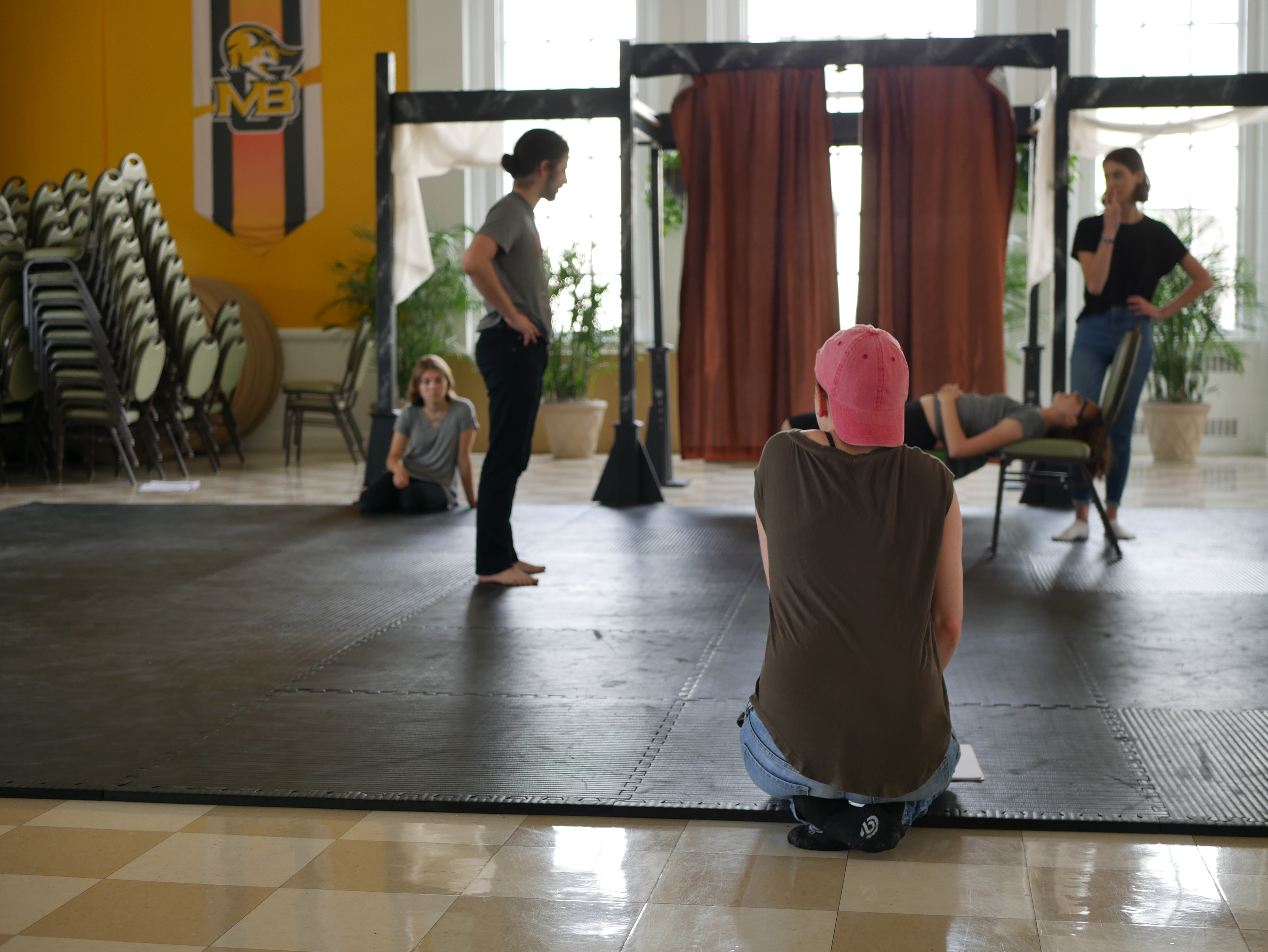 Today’s rehearsal (our 7th continuous day of rehearsal!) focused on our cast song (dancing choreographed by RDA Chase) and costuming. After practicing our cowboy swagger for “Outlaw in ‘Em” and putting on a fashion show (a different strut all together), we looked at the opening 7 lines of the play, the acrostic “argument” of the play. Both cast and staff are all looking forward to tomorrow’s trip to Sherando Lake.

V olpone, childless, rich, feigns sick, despairs,
O ffers his state to hopes of several heirs,
L ies languishing: his parasite receives
P resents of all, assures, deludes; then weaves
O ther cross plots, which ope themselves, are told.
N ew tricks for safety are sought; they thrive: when bold,
E ach tempts the other again, and all are sold.

MASSAGE THERAPIST: You don’t normally see this kind of thing till you’re forty.

While at first the choreographed dance felt exaggerated, quickly the cast integrated their cowboy personas with Jonson’s characters. The archetypes of Jonson’s comedia pastiche blended perfectly with our old-west caricatures. I can’t wait to see this our frontier Italian fusion set on an early modern stage. 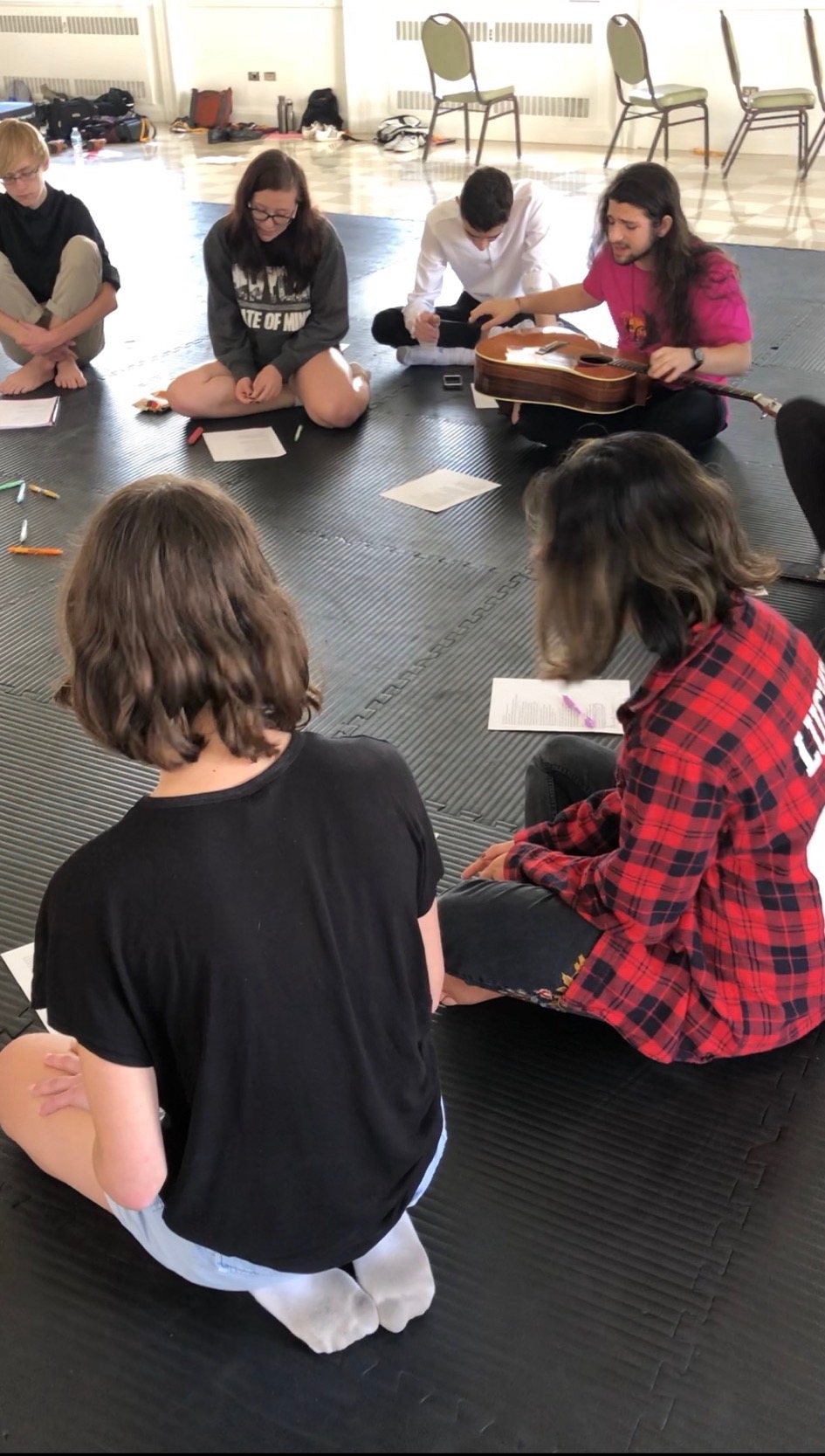 Identifying the Outlaw in Each Other 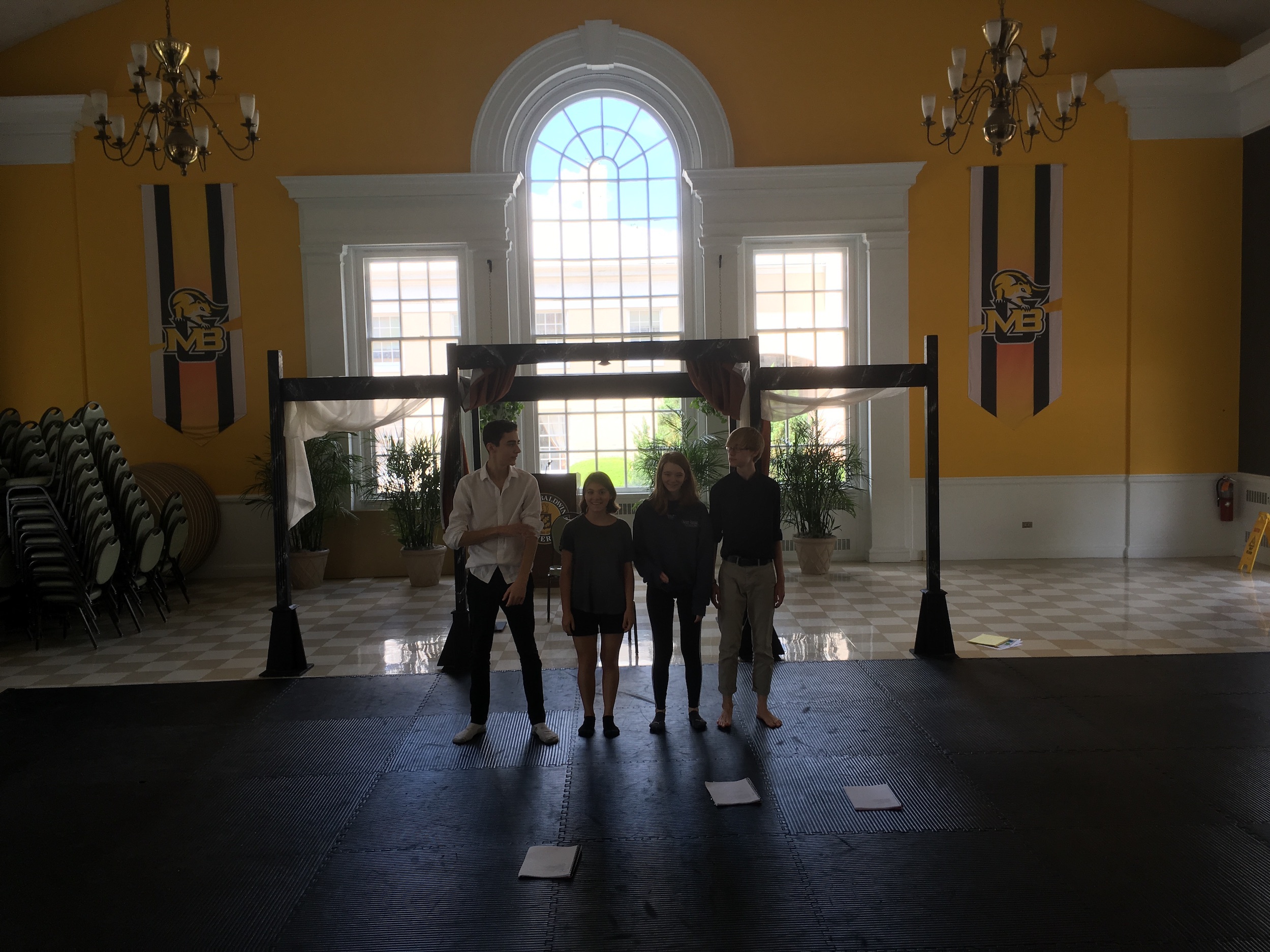 The Avocados Introduce the Play (and the Law) 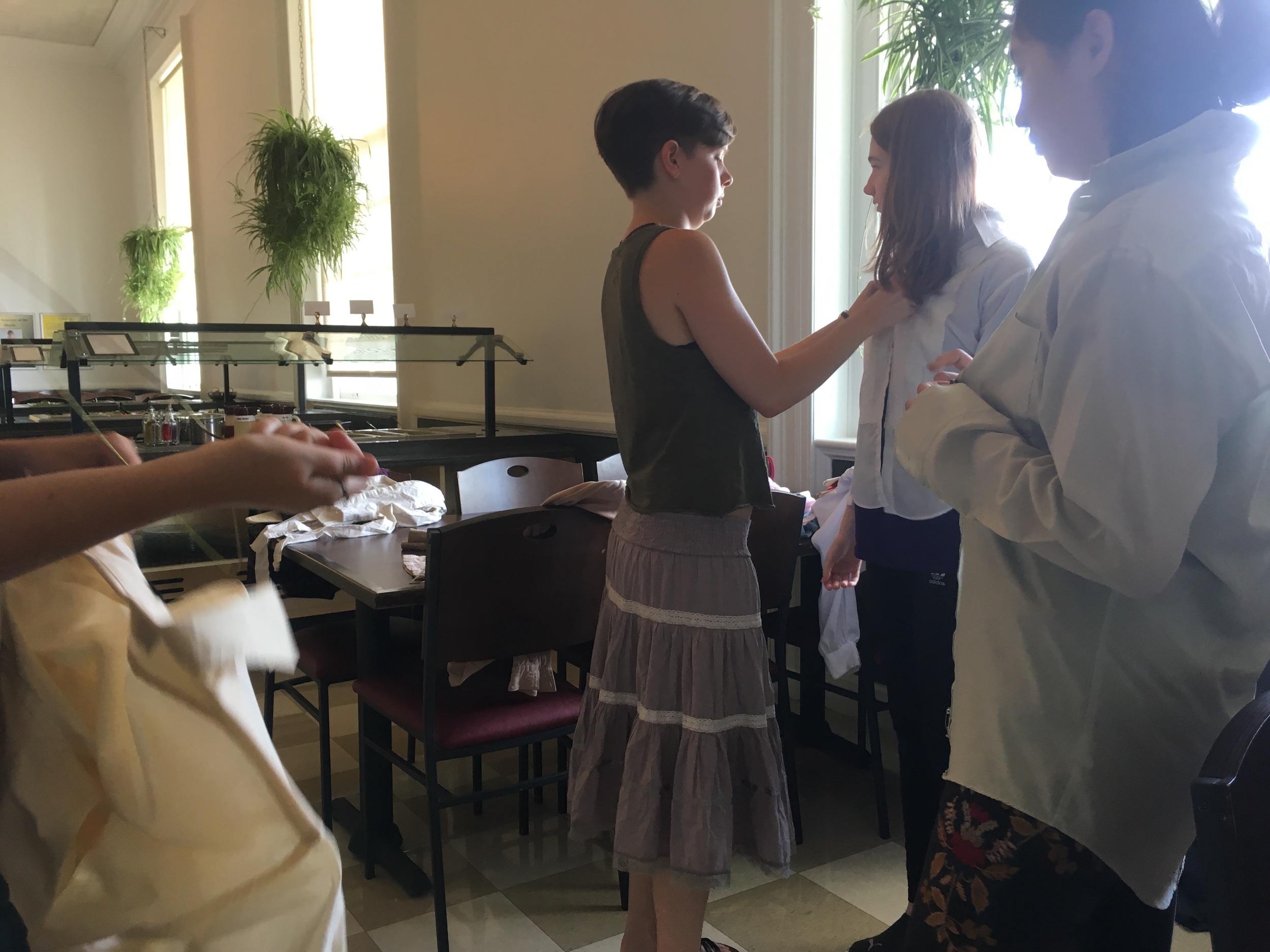 Fancy Dress Up Party with Finch