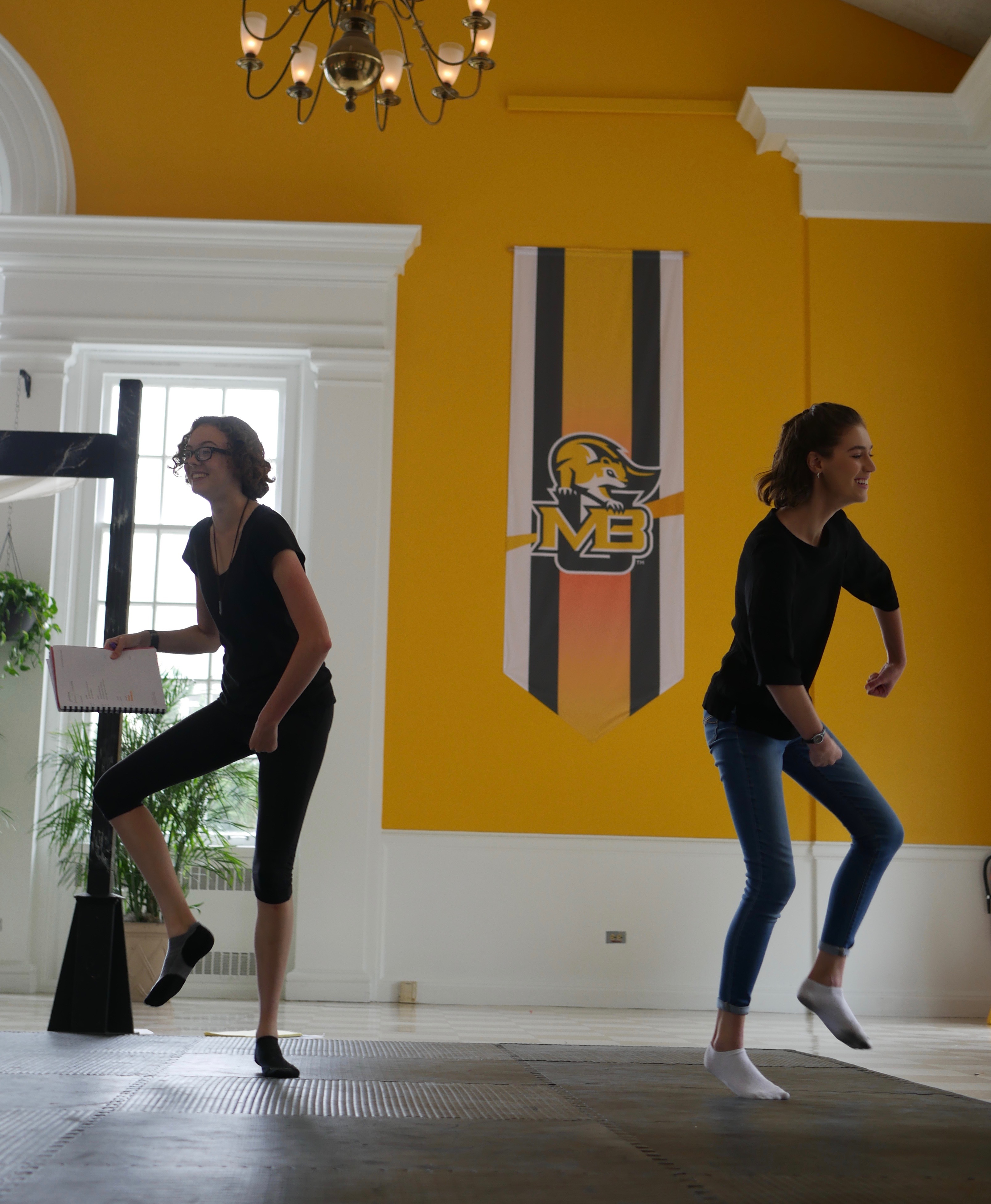 After our usual check in, Finch led the cast in a viewpoints exercise, exploring voice and kinesthetic response, where sound (a clap) or the motion of another participant can trigger total changes in movement, (perhaps from neutral to slow, or back). We continued by beginning to block the intense final court scene (where I even get a cameo appearance as a deputy). This evening, we head to the Blackfriars for another rehearsal on the stage!

CORVINO: That I could shoot my eyes at him like gun-stones.

Finch pointed out the similarity to this line from Henry 6:

LUCY: O, were mine eyeballs into bullets turn’d,

That I in rage might shoot them at your faces!

Who did it better?

FINCH: Wait, why did we name this scene ‘Drop your Cheese?’”

(It’s one of the cast’s favorite lines from the scene.)

FINCH: I forgot, we’re in the West. Cattle doors can be totally cool.

(Cattle doors are the swinging side doors of the playhouse.)

This “line” resulted in more than a minute of continuous laughter.

One of the questions the cast dealt with in today’s rehearsal was what motivates the characters to together return to the courtroom after the trial has finished. As Finch realized today, they are inspired by an interest in hearing the sentencing (of two innocent characters), a popular entertainment in Jonson’s time. The end of the uncut play includes a series of eye-for-an-eye sentencing for each wrongdoing characters (those who are excited for the first sentencing). Jonson simultaneously provides his audience with a pleasure, and satirizes those who take pleasure in the same vindictive act. 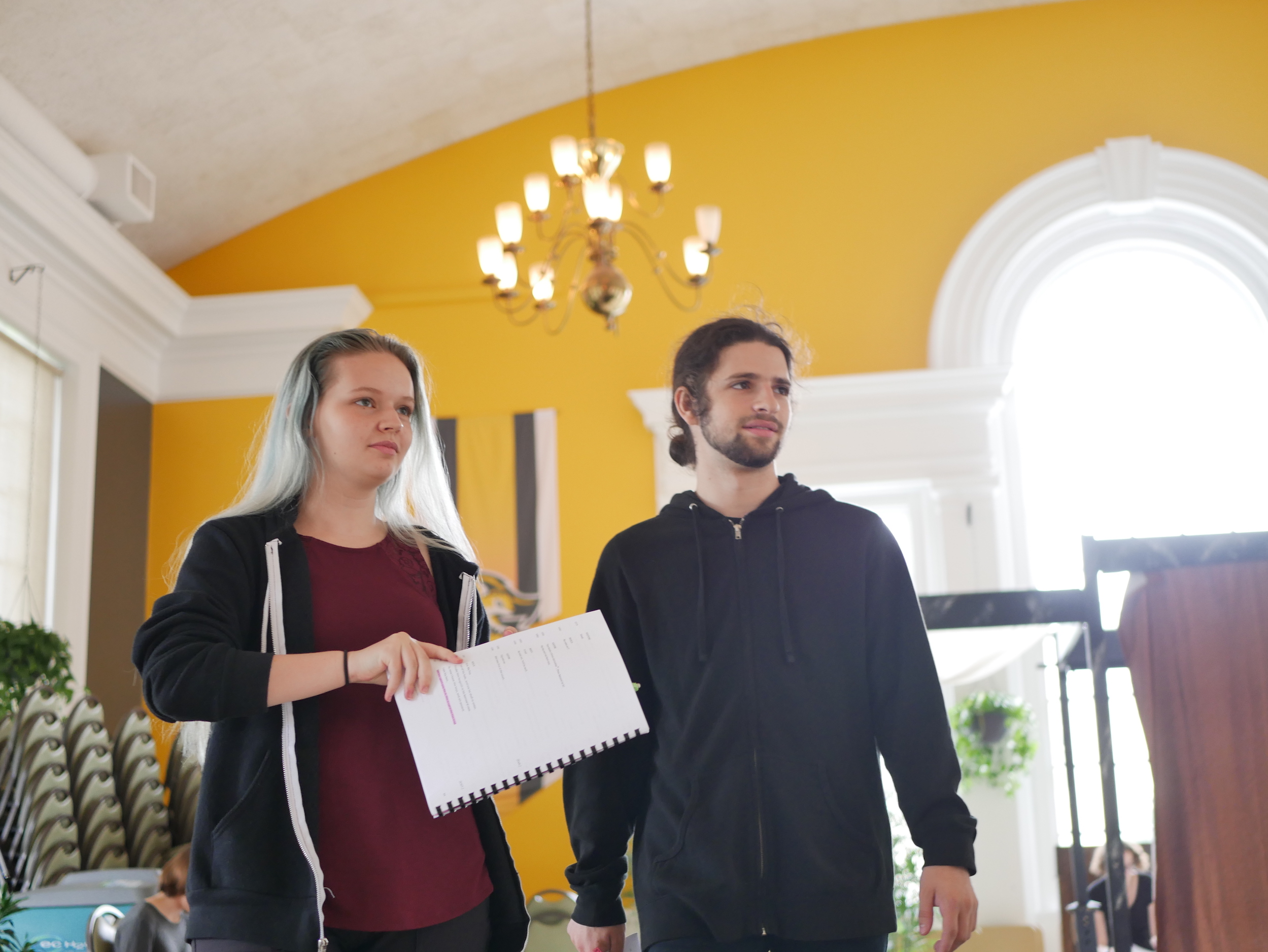 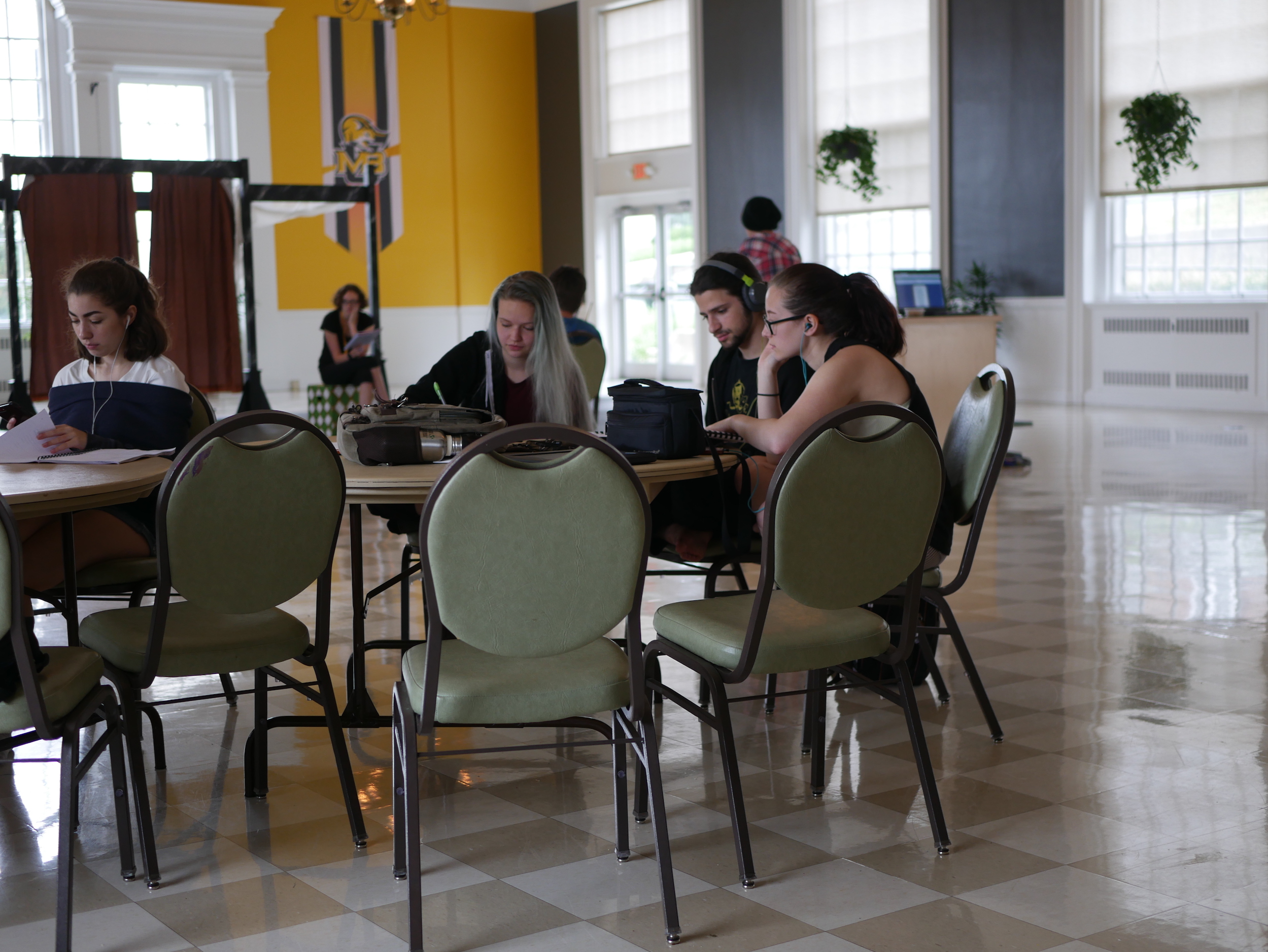 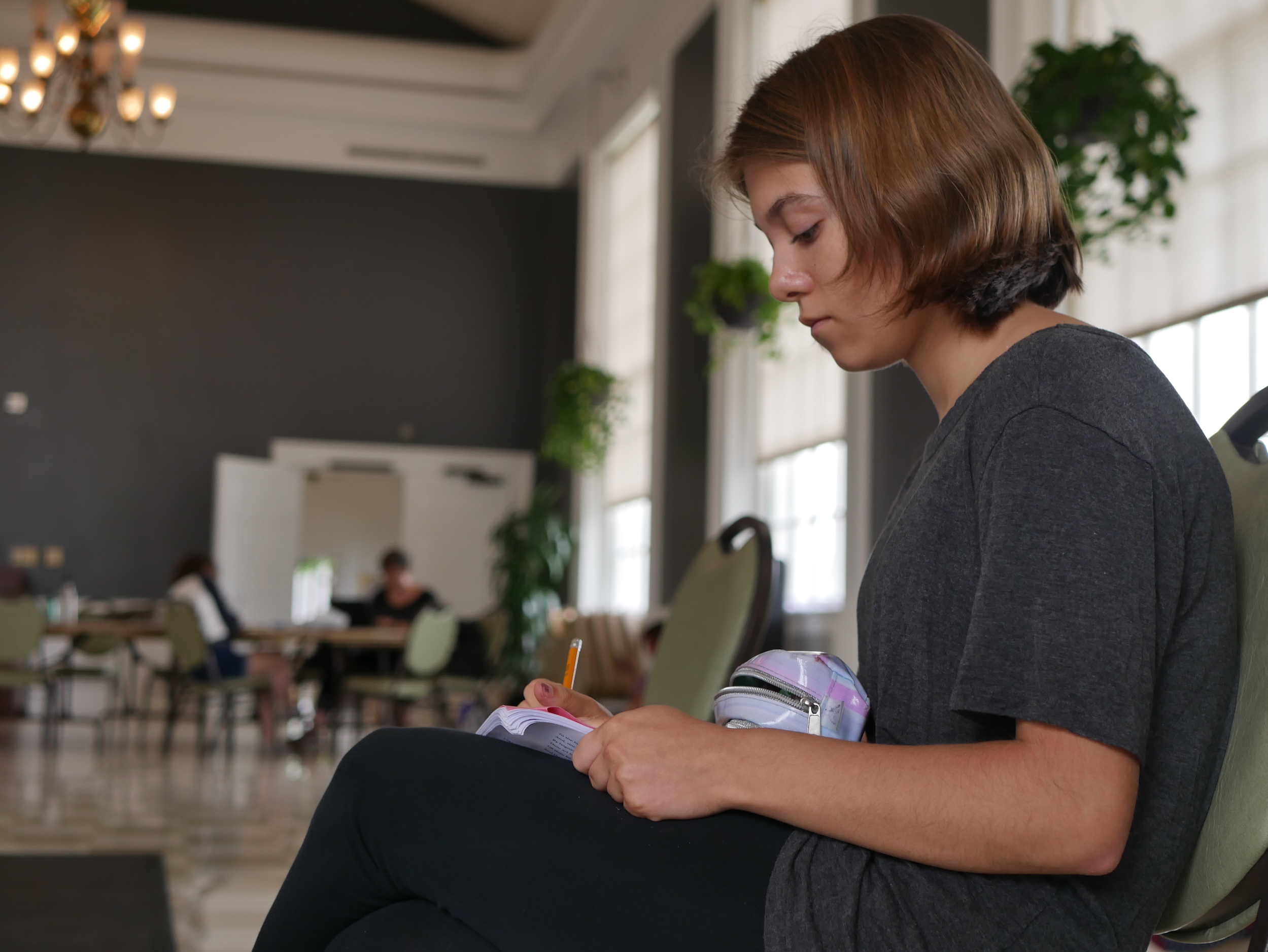 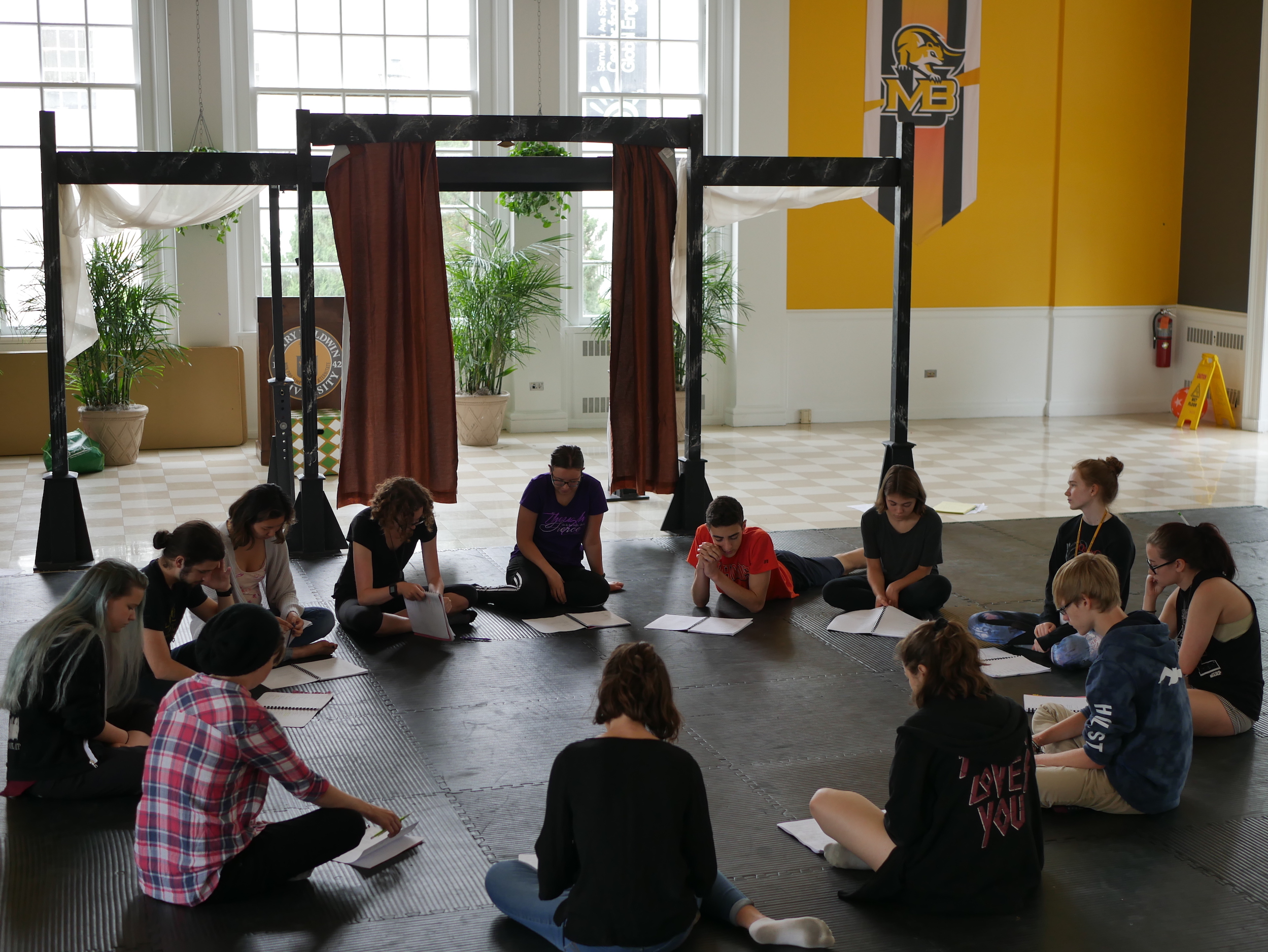 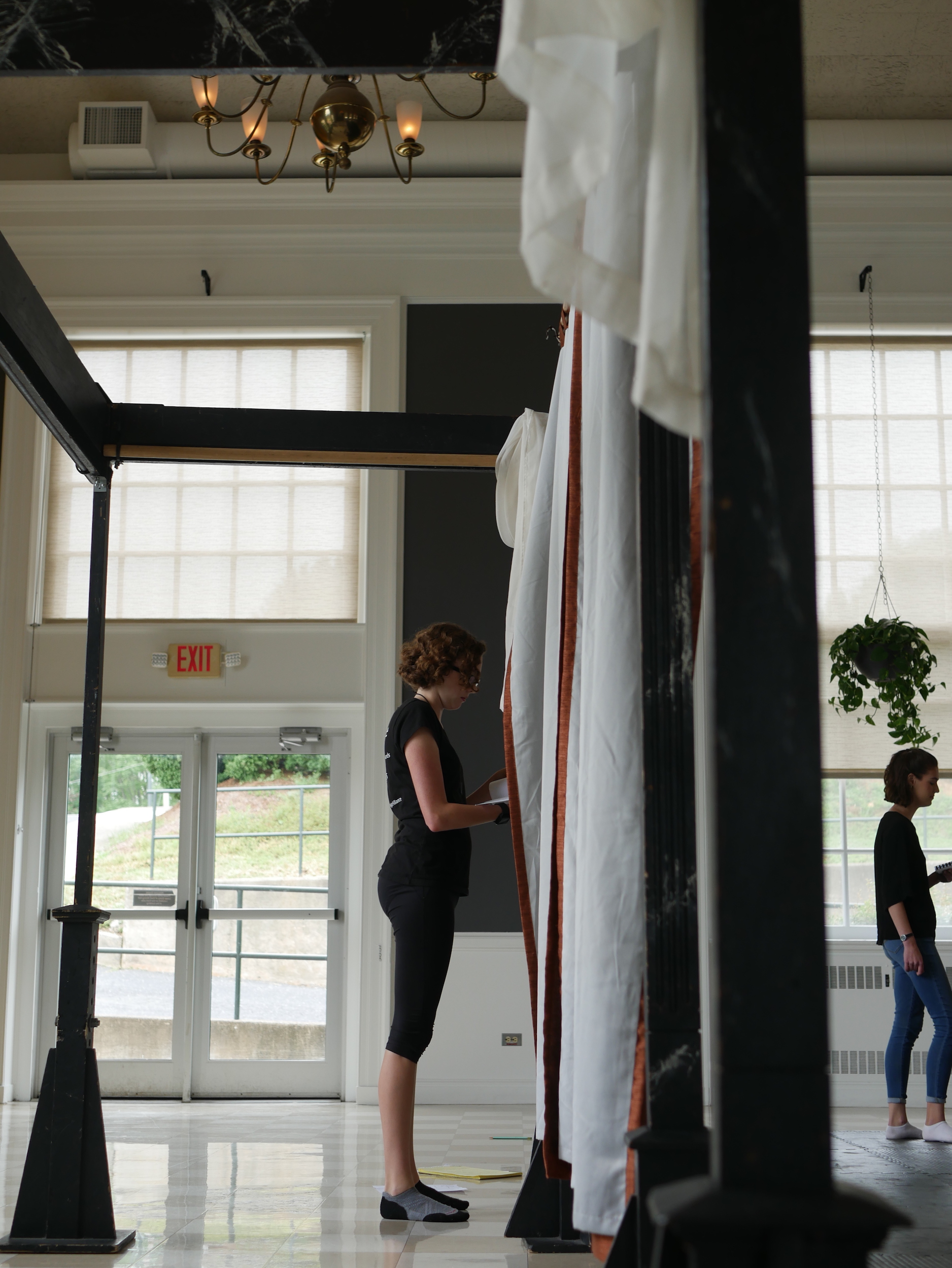 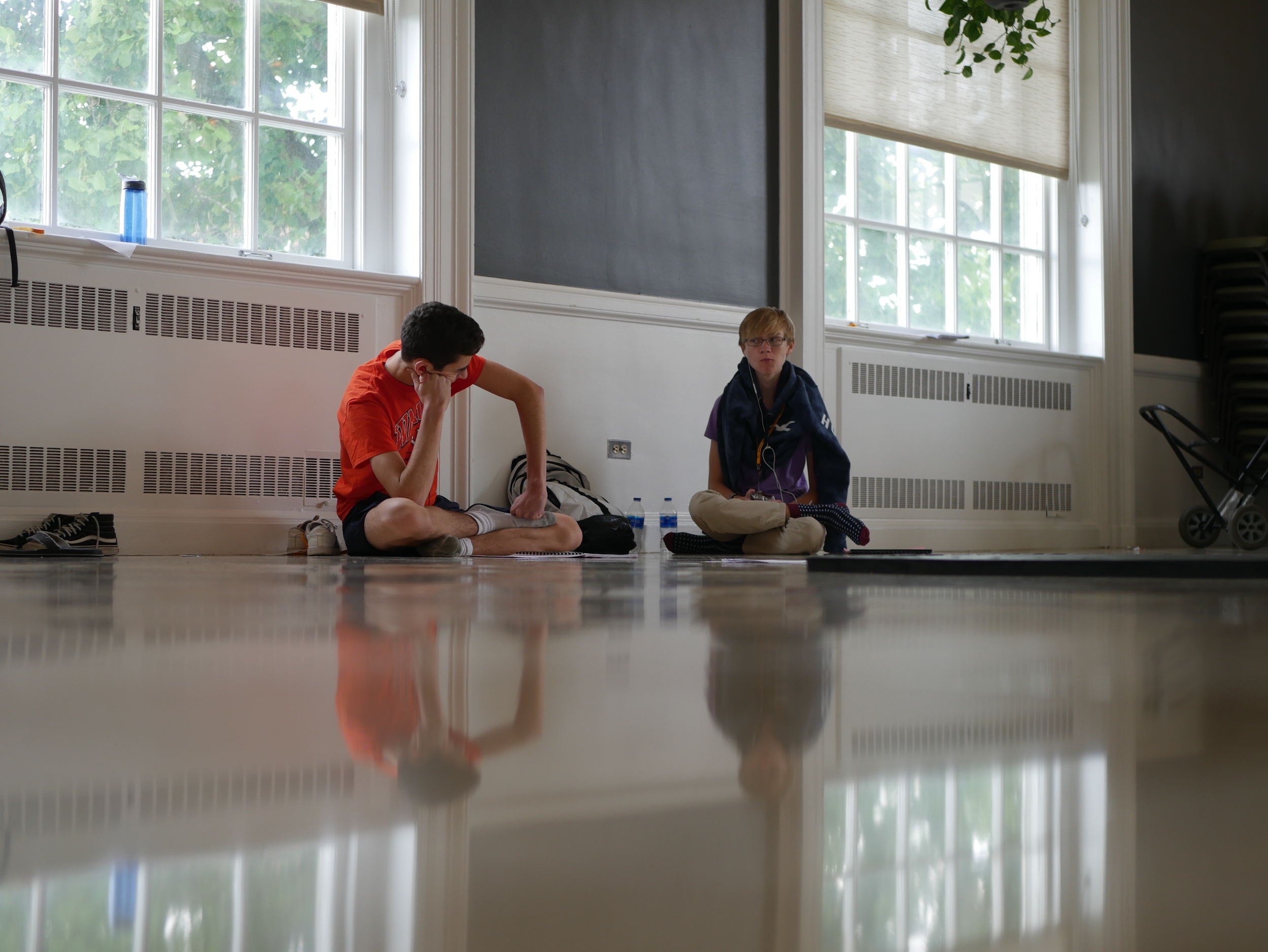