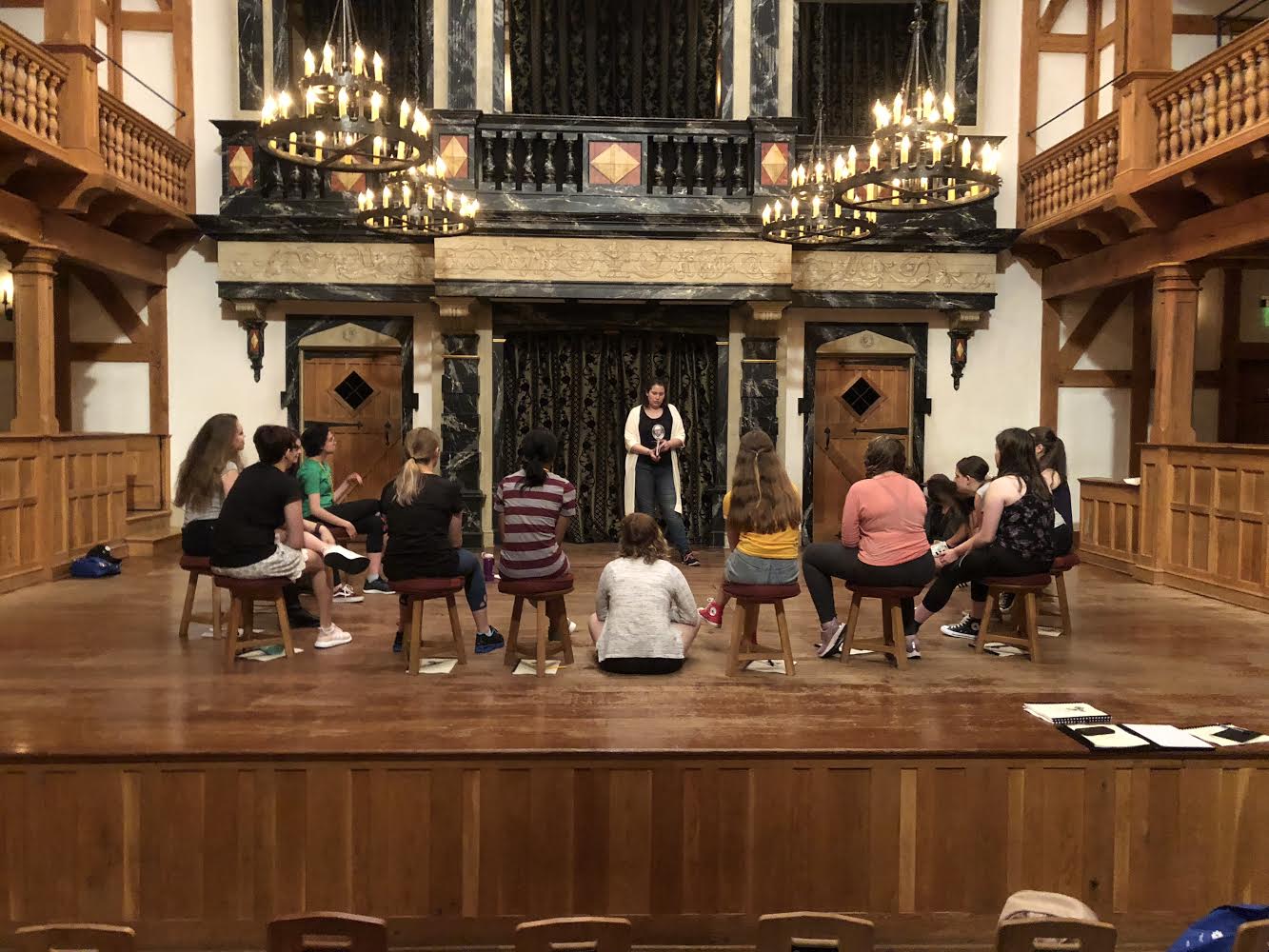 What We Did
We started our first rehearsal together with a game we will play at the start of each rehearsal called the “Yes” game, which establishes listening and connection amongst the ensemble. We then went around in a circle to introduce ourselves one by one. The person in the middle of the room was then showered with love through ten seconds of thunderous applause. We then read the script! Campers were up on their feet throughout the read through, looking for evidence of status and familial relationships.

From the Play
“I will, my lord”
Tonight we really focused on the status amongst the characters.

From the Director
“No apologizing!”
Emily made sure the cast knew that rehearsal is a space for people to make big choices! In rehearsal we get to play. So we say no to saying sorry for trying things and learning. As Ralph and Lia and all the smart Shakespeare people always tell us, every line of text has an infinite variety of choices.

“I’m just going to keep clapping more if you try to leave.”
Emily made sure that every actor got their fair share of applause before going back to their spot in the circle. She did not let people get away with leaving the spotlight before we finished clapping.

From the Cast
“When it doubt, just say ‘my lord.’”
Again, we noticed the millions of time this phrase (and others denoting status) are used in our lovely script.

Production Insights
Today was such a crazy and invigorating day! What was amazing was feeling the electric energy in the room as the cast did their first read through. Even for those members of the cast who knew Hamlet well, the First Quarto has many fun differences from the more well known, Folio. The cast was brimming with excitement and questions at the end of the readthrough and are clearly so ready to learn and go on this wild adventure. 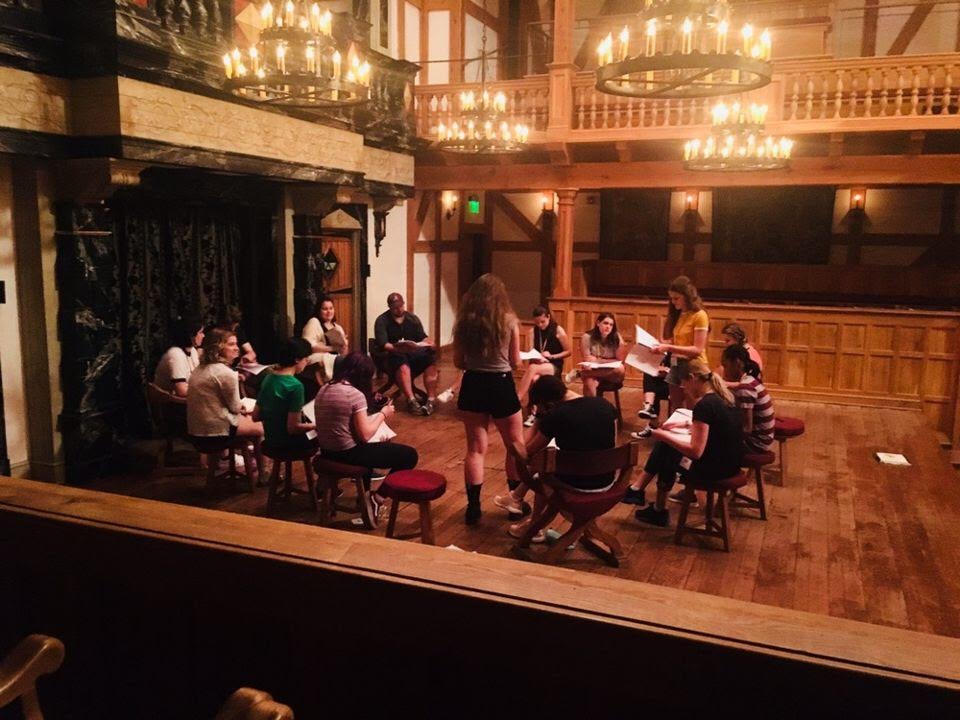 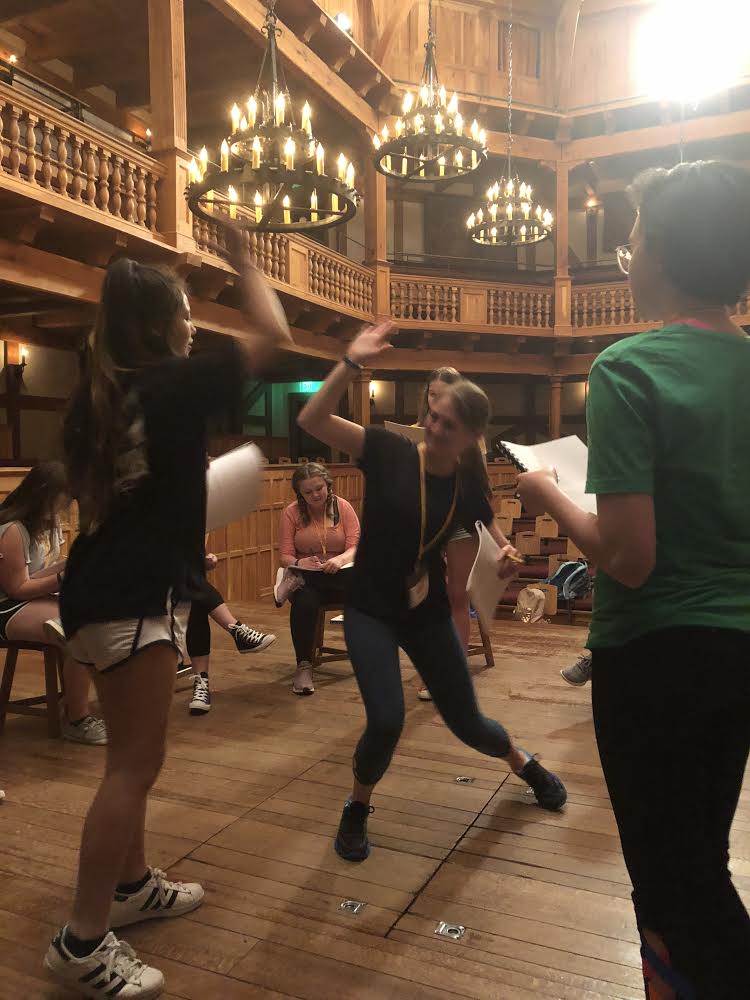 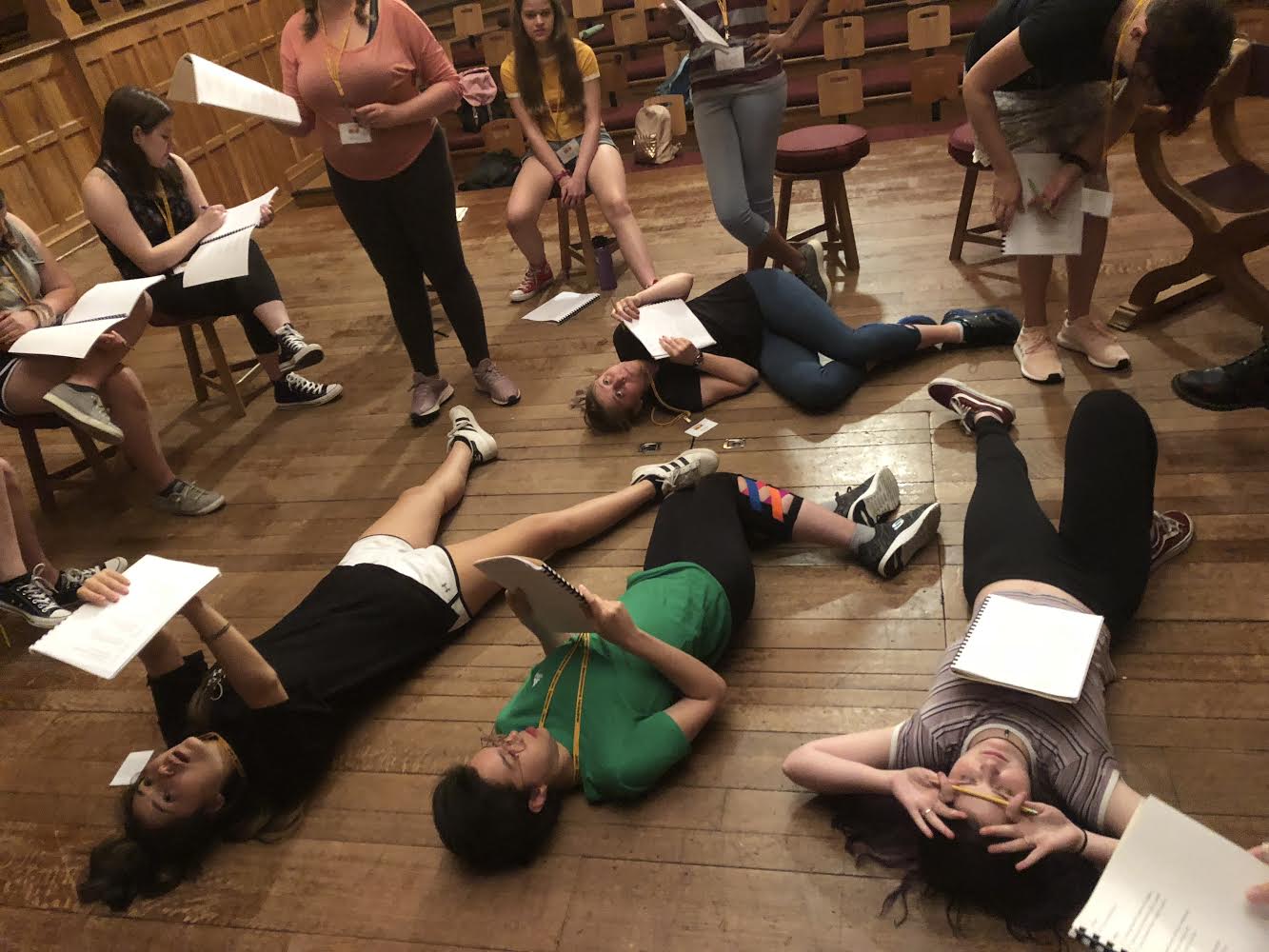 Ronee is the Production Intern for ASCTC Session 1’s production of Q1 Hamlet. She was previously a camper for two years. She is so excited to be on the other side of things and sharing the ASCTC love with new campers. She currently attends Ithaca College, pursuing a BFA in Acting.