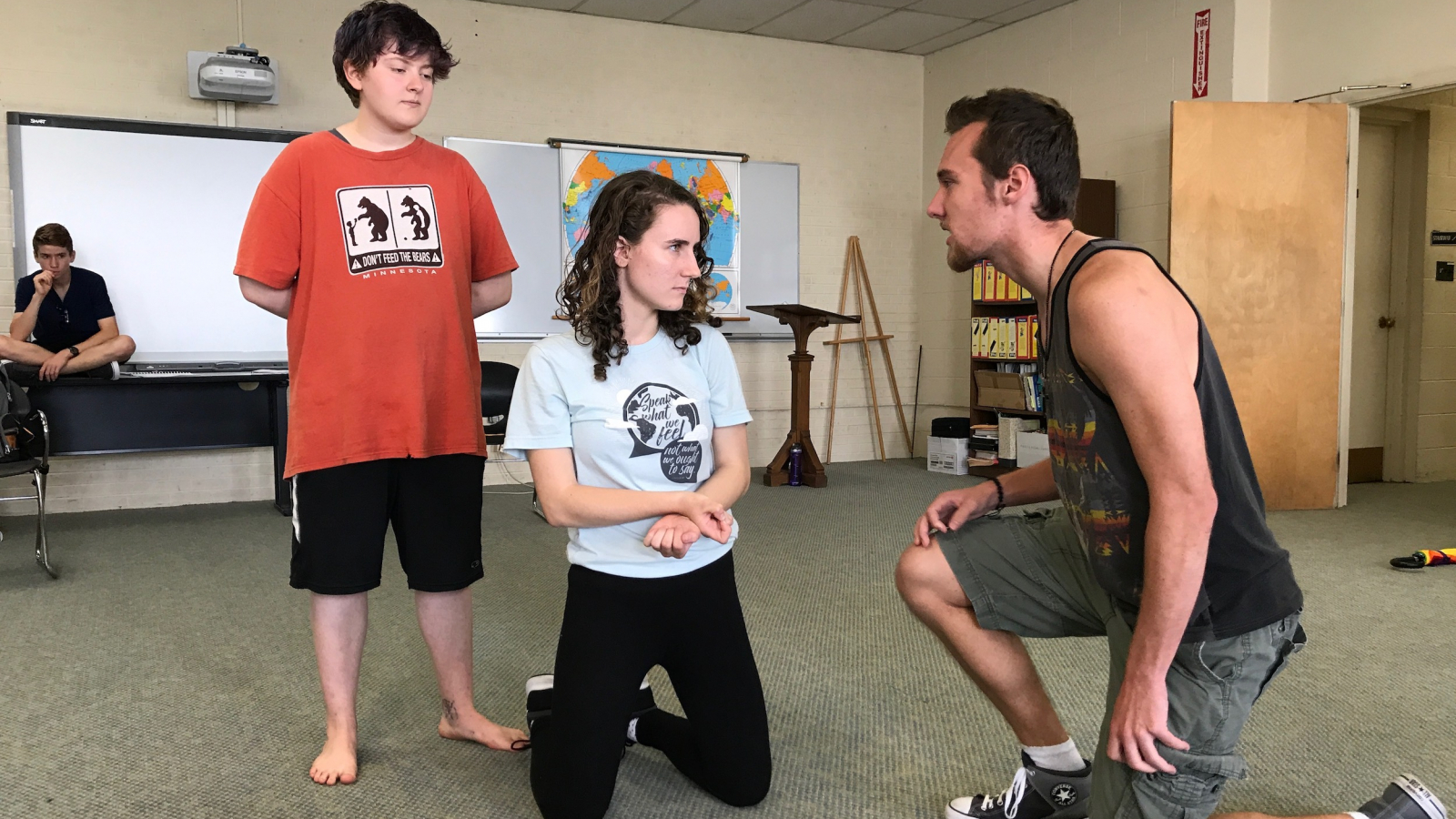 What we did: We began rehearsal with our daily warm-up to build energy and connection. Then we did a group exercise in instant chemistry which works on exactly what it sounds like it would. It helps build intimacy and connection/relationships with cast members. After that we did scene work on the scenes we blocked yesterday.

Production Insights: I came into rehearsal today expecting the instant chemistry exercise to be a disaster. It’s hard to get anyone, let alone 12 high schoolers, to stand and make eye contact with a partner for over an hour while staying focused and sometimes shaking hands or embracing. But boy did they do it and do it well. There was some giggling, but there was mostly focus, intensity, vulnerability and determination. After each individual section of the exercise there was a break to center the cast and not let them get lost in their vulnerability and emotion. During this time and in the debrief after, they were very open and honest about how the prolonged eye contact and the intention behind it made them feel. They were candid when they felt like an embrace was awkward and why it was. They were also then candid when the exercise made them feel a really genuine and strong emotion. 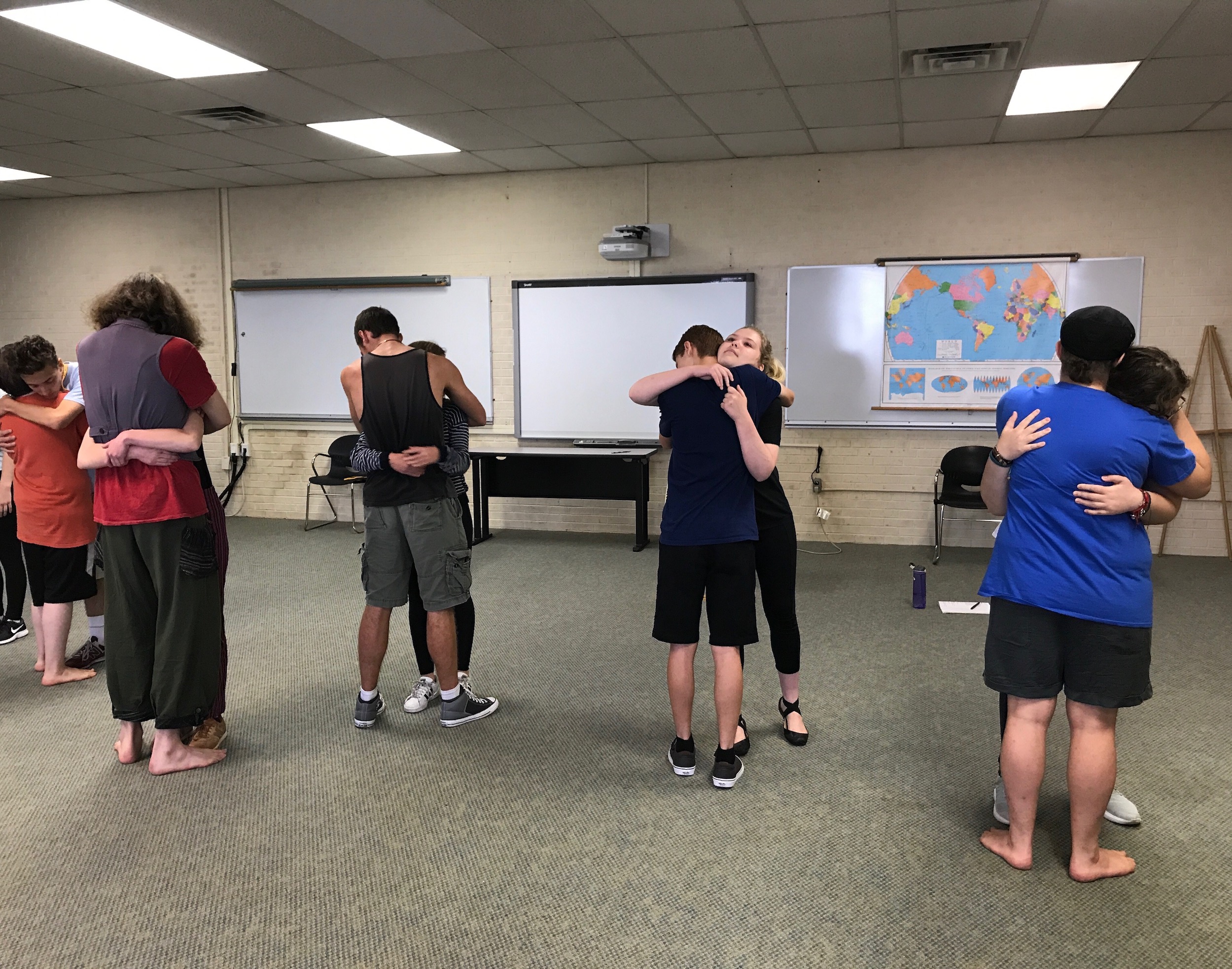 The cast hugging their partners during the instant chemistry exercise 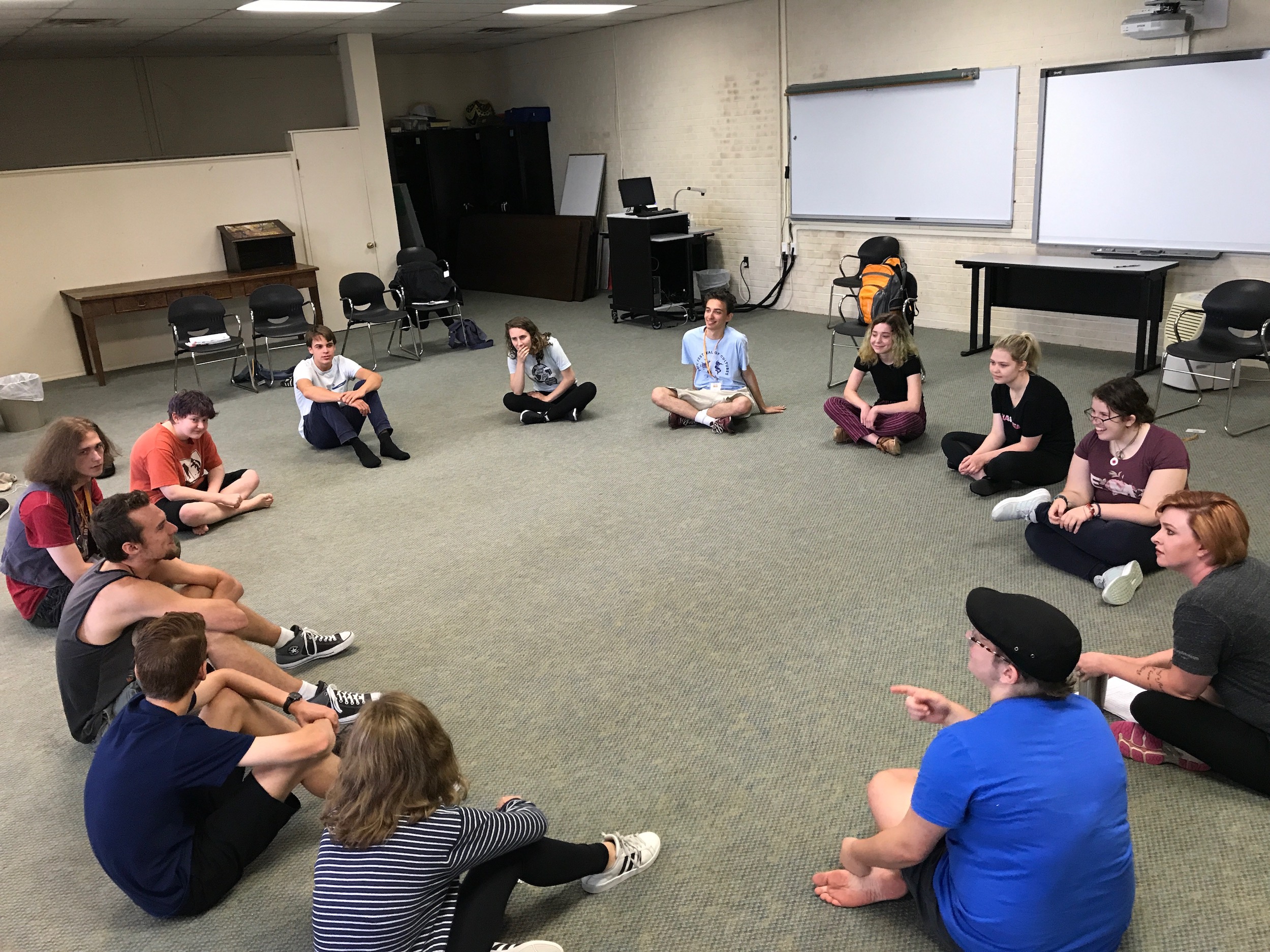 The cast and director Emily debriefing after the exercise in chemistry