Reherasal started with a fight and song call. This led immediately in our first full run with (most of the) props and costumes. Emily then went through notes with the cast, having the cast on their feet to really get the notes into their bodies. Dr. Ralph Alan Cohen stopped by to watch the run and gave notes about the importance of choosing words.

From the Play: “I perchance hereafter shall think meet, To put an antic disposition on.”

Hamlet talks about impersonating madness. Our campers have undertaken to create new guises in the world of the play, much like our young hero (minus the madness, of course).

From the Director: “Strong and wrong.”

Emily encourages the actors to make bold choices. Even if they are wrong, they’re more compelling than tentative “correct” choices.

From the Cast: “Now we’re in depressing Denmark.”

Brooke led us into the run of the play with this rousing remark.

Yesterday I wrote that I was excited to see if and how costumes affected the actors. Today I got to see that. From a broad perspective, the world of the play was so much more alive today (that is also very much because these actors have been working on this play for a while). But I also saw people make bigger, more specific character choices, and I do believe that the costumes were part of that.

Putting on a costume can be the missing link of the character you have been working on for a while. Certain costumes make you move in a certain way. Maybe it’s the shoes, maybe it’s an added jacket, or a crown, but all of a sudden you have to accommodate those things into how you move and interact. It was fulfilling to see the play today immediately be so much closer to it’s final version than before. 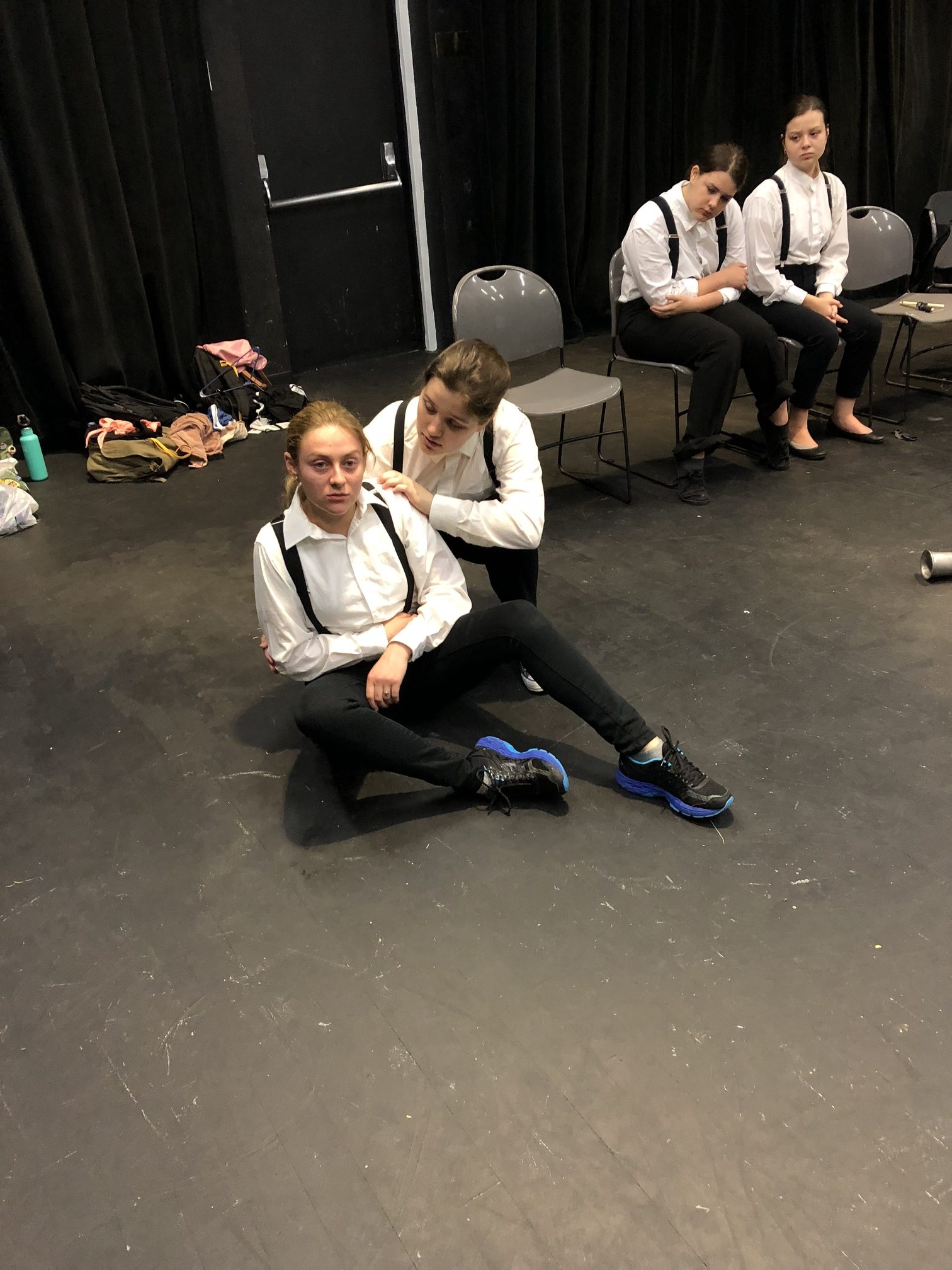 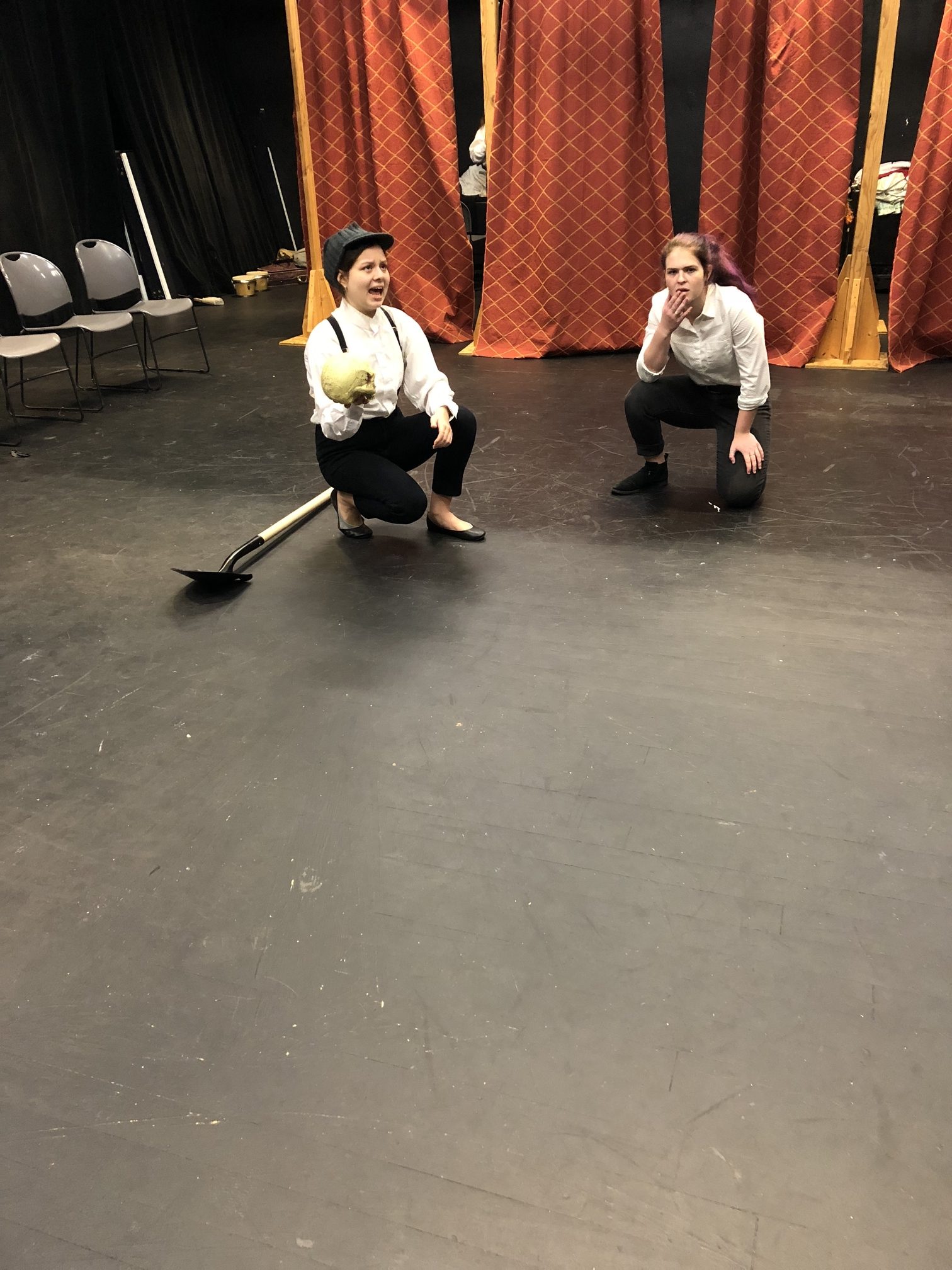 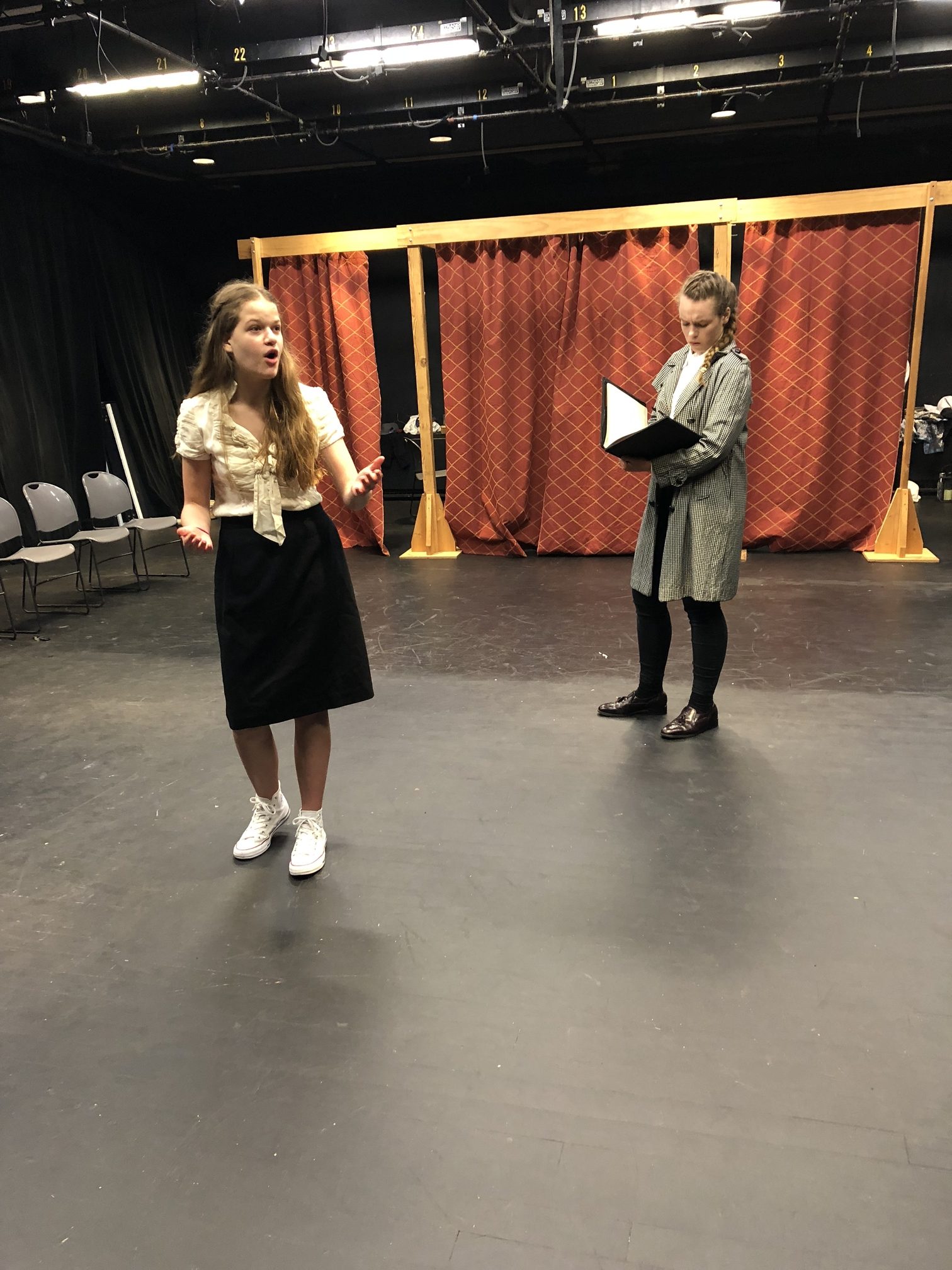 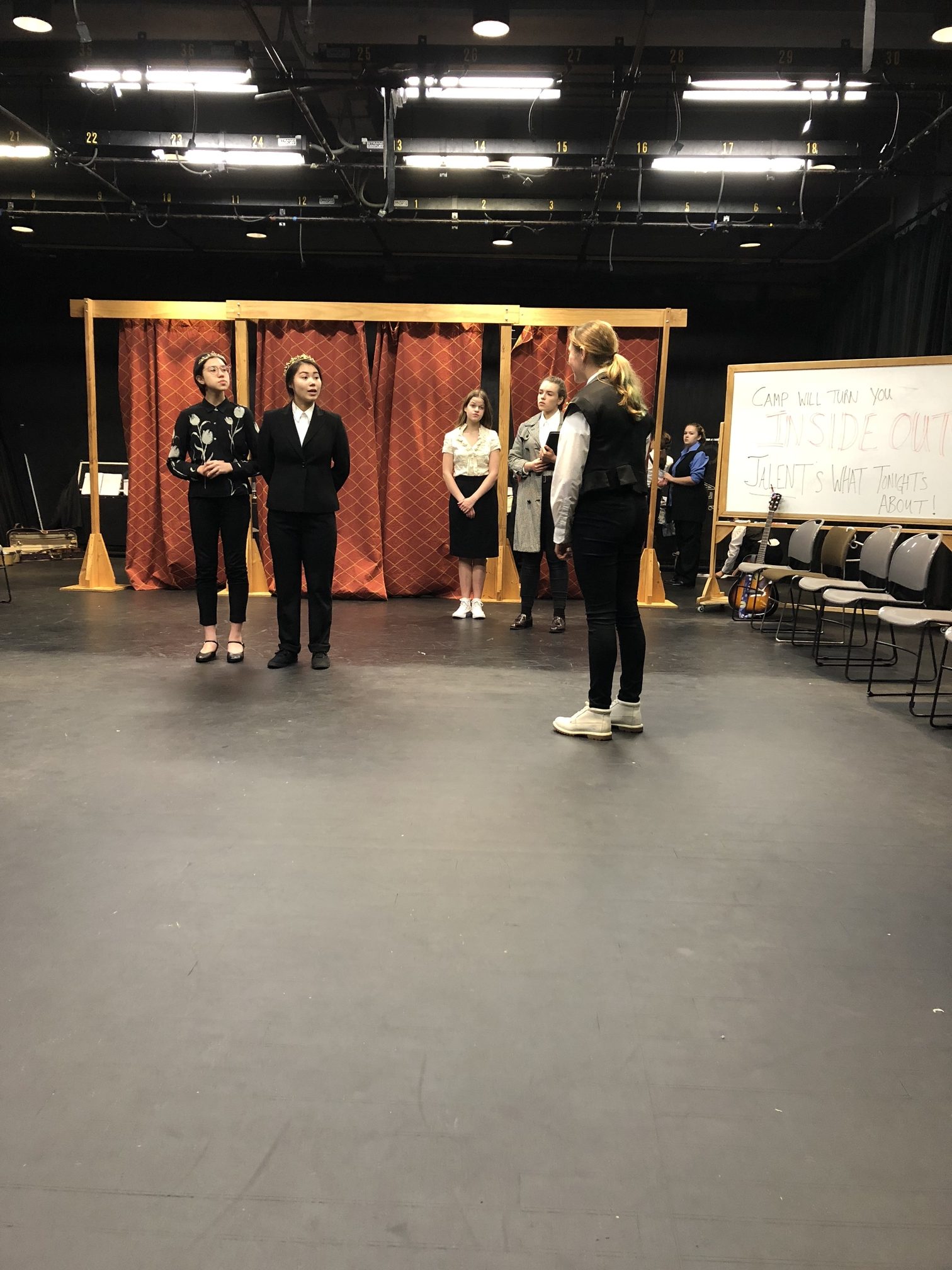 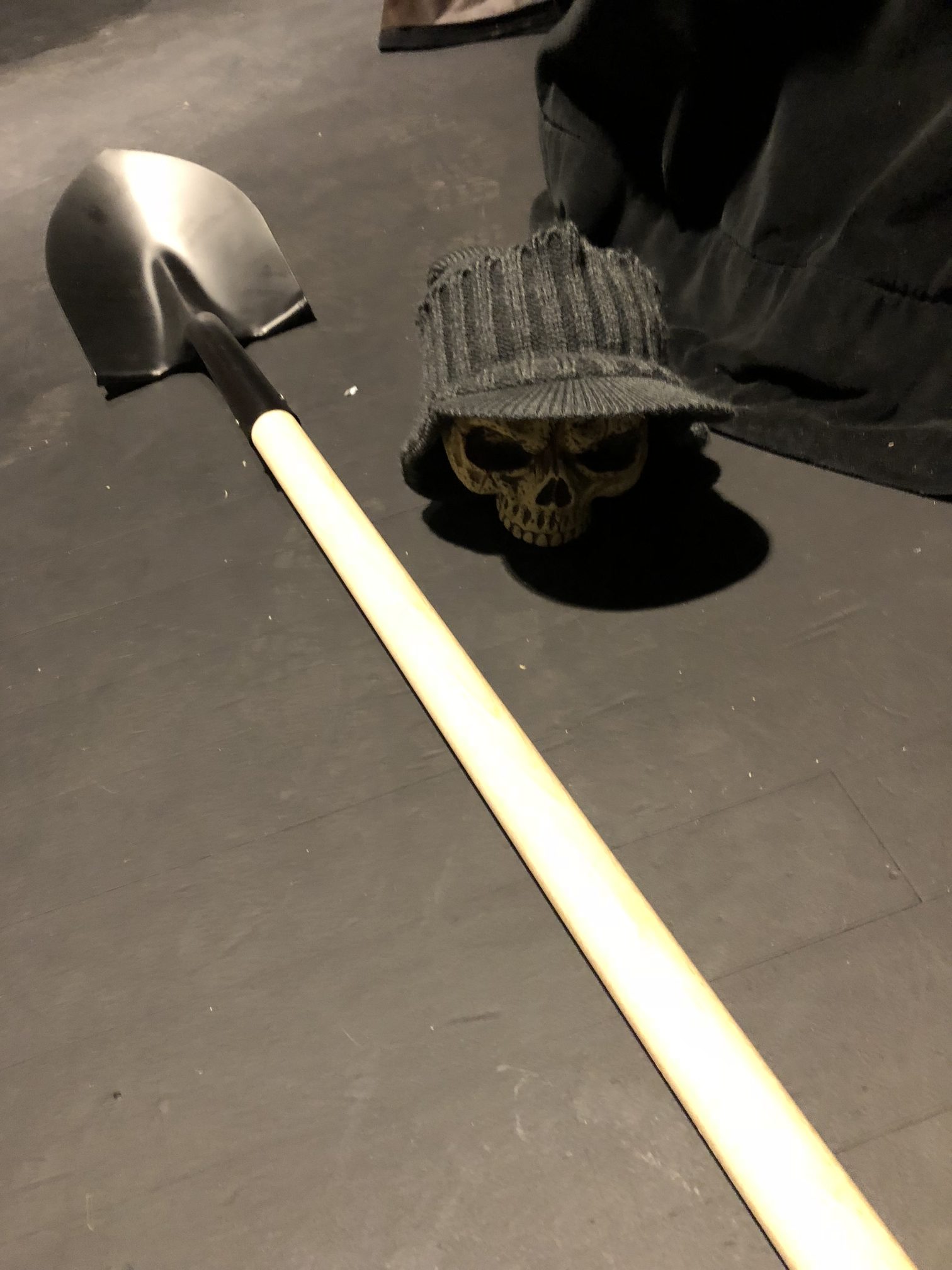 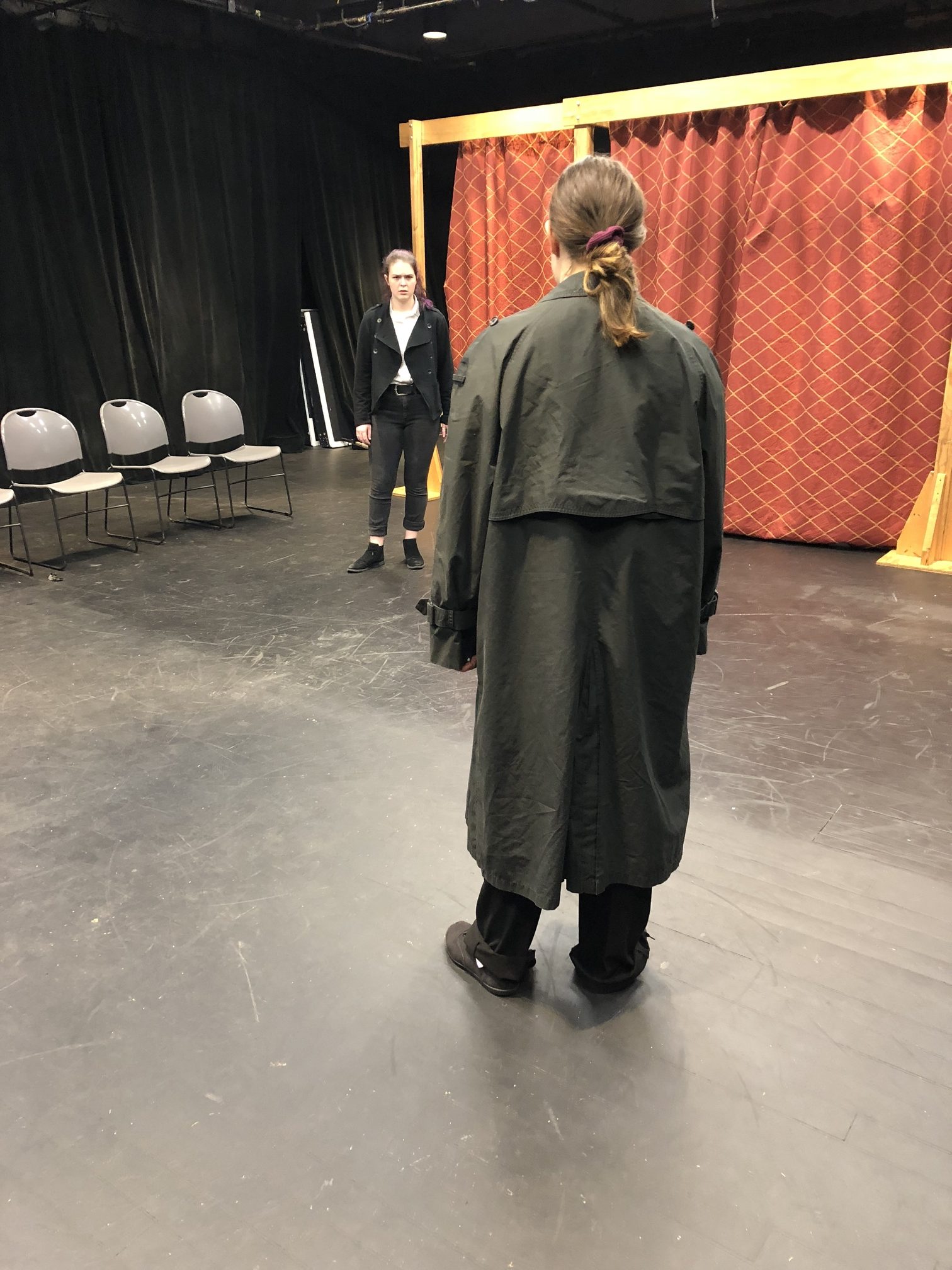