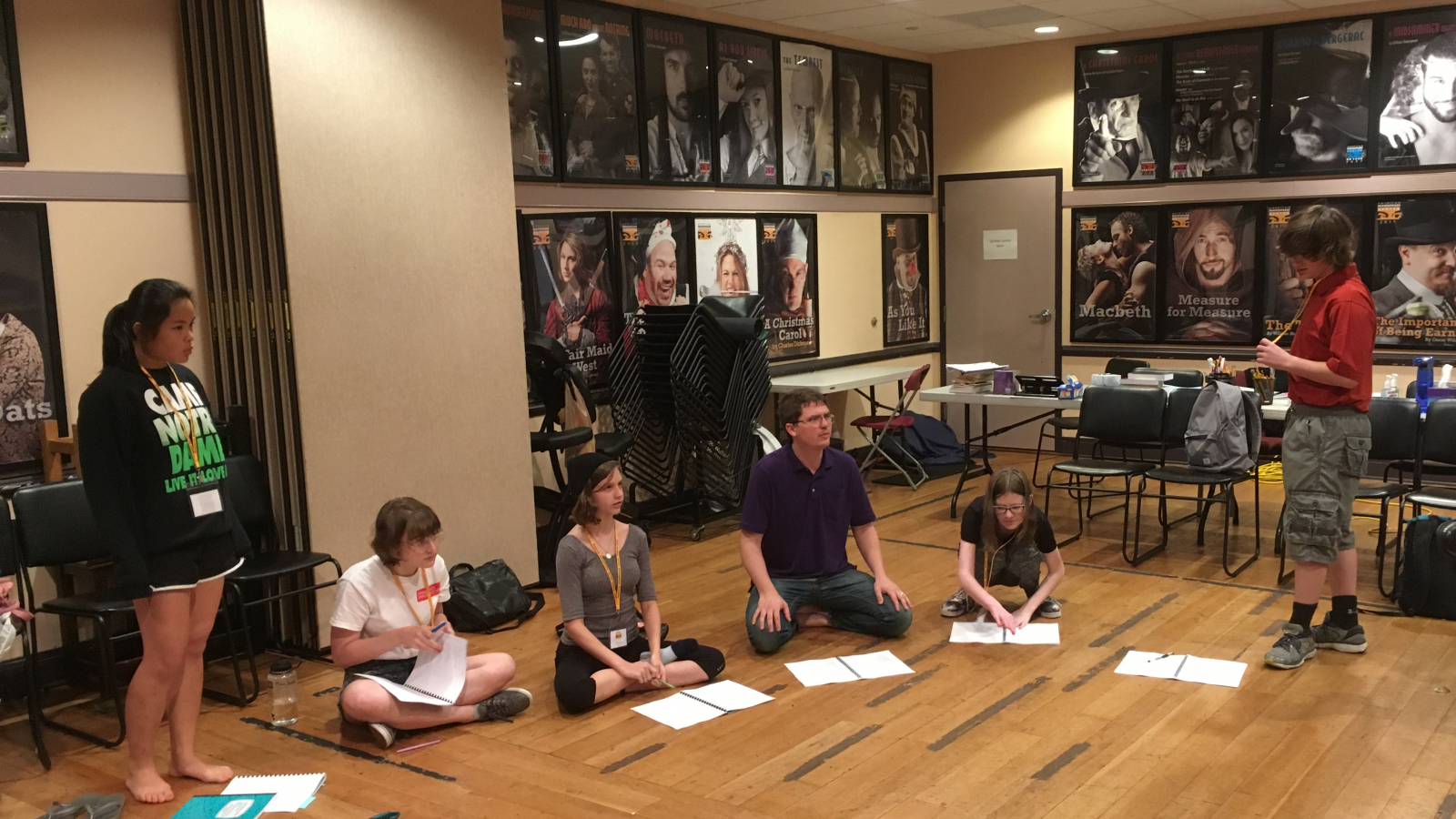 After our first introductions, the cast dived directly into the text of Pericles. We paused after each scene to summarize and discuss the action and the worlds of the play. Once the read-through was complete, we launched into discussing the big picture of our production, from the movement work that the cast will be doing to differentiate each different environment to the music that makes the magic of Pericles happen. It’s amazing to think that only this morning campers were preparing for auditions!

GOWER: To sing a song that old was sung,

From ashes, ancient Gower is come.

[A Chaucer-era poet comes back from the dead to narrate the play!]

While Pericles is an unfamiliar play to many, it was exciting to hear from several people with deep connections to the play. An ASC company member described how powerful the text has been to him, explaining, “I’m glad people as young as you get to experience this magic.” Our director Marshall told the cast about the production of Pericles at which his parents met. After asking how many of the actors had read the play, he said, “Great! I can’t wait to see you experience it for the first time tonight.” I’m excited to see the cast create their own memories and experiences during the next three weeks. 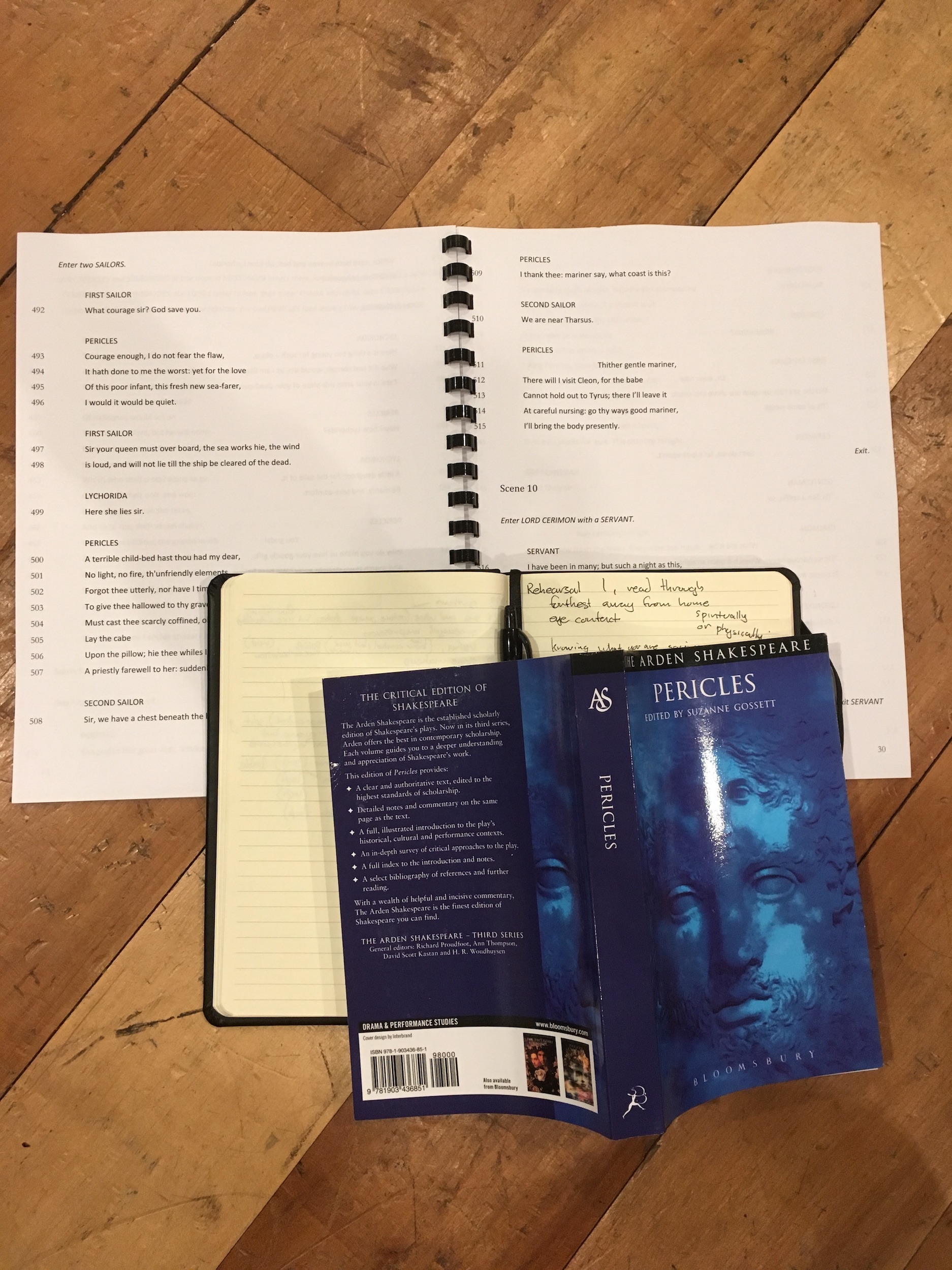 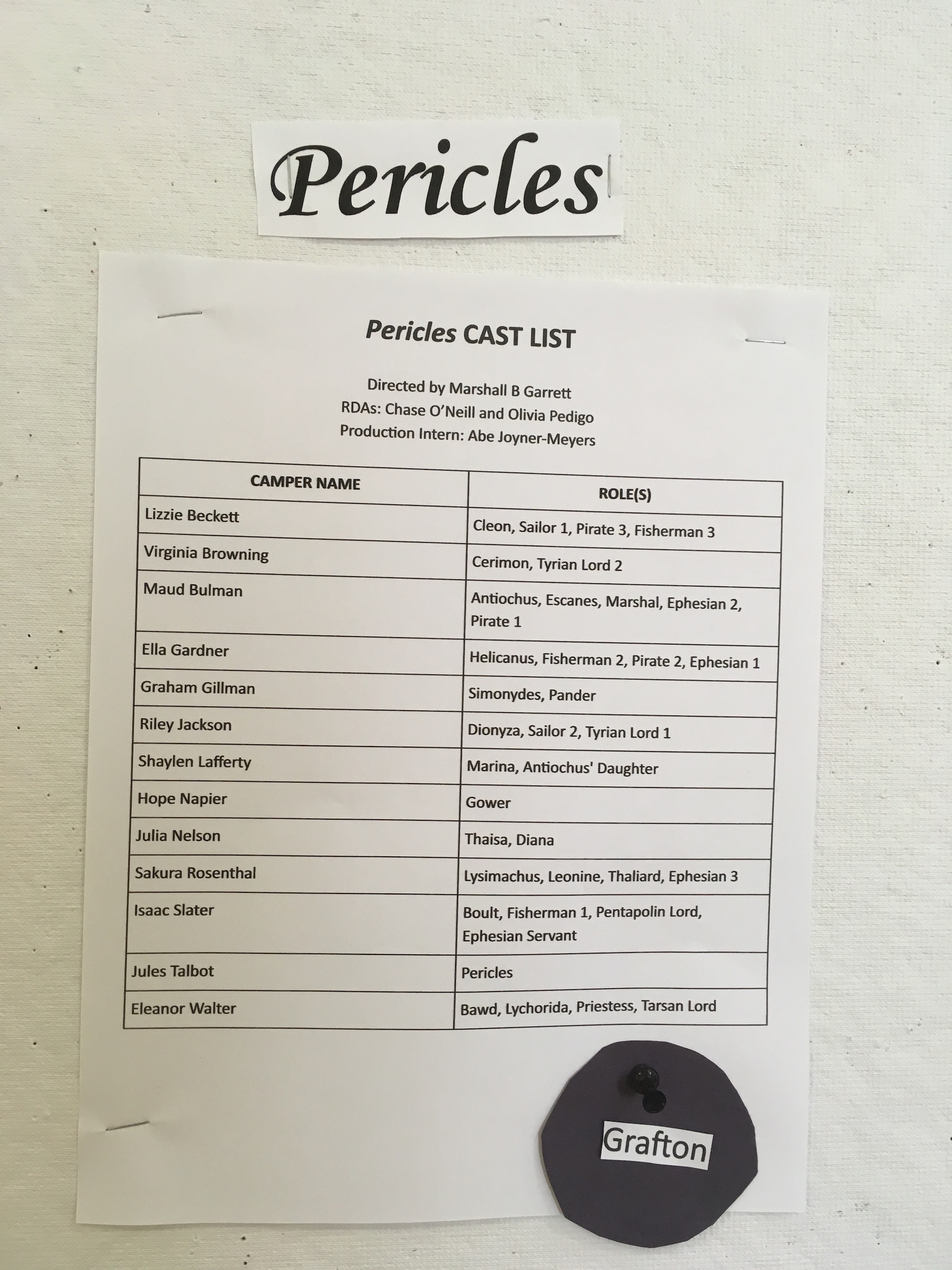