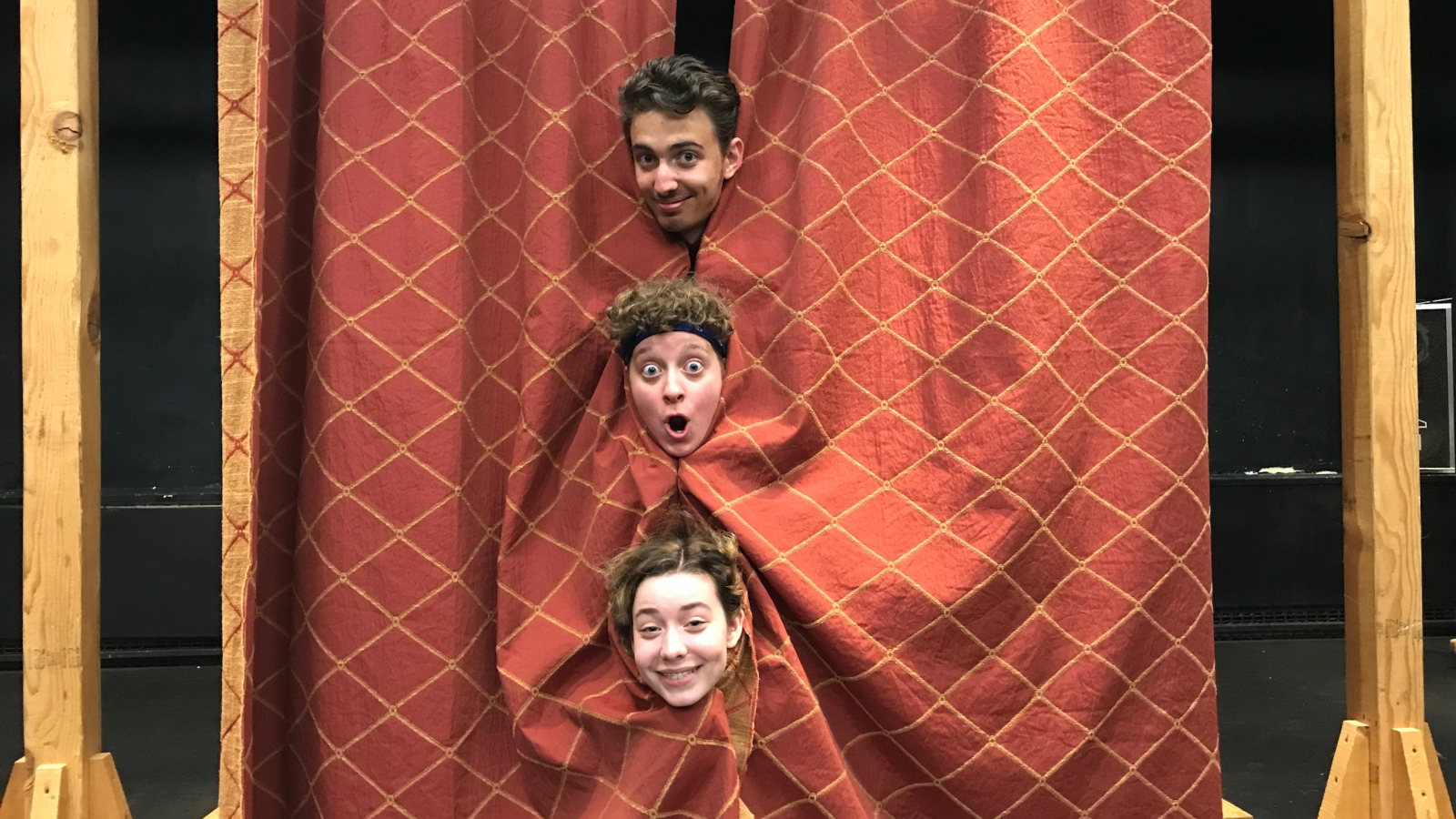 What we did: We spent the first part of rehearsal discussing the performance of Richard III we saw last night at the ASC. The campers of course had quite a lot to say and the discussion went on for a while. When the discussion wound down, we did our standard warm-up. When that was finished we got back to blocking, making it to Act 3, scene 3. Then we ran the scenes that we blocked today.

Production Insights: I’m really impressed with the focus exhibited by the cast on their text work today. Everyone, when not working on blocking with Emily, they were in the other room with Alex and Riley working on scansion and paraphrasing. People were asking good questions and staying very determined and focused. The people who haven’t done much Shakespeare before are taking everything in stride and working really hard to understand the necessity behind text work. Those who have worked on Shakespeare a lot in the past have offered up their knowledge and experience to help the less experienced cast members. Watching the camaraderie build through the exchange of knowledge is really beautiful. 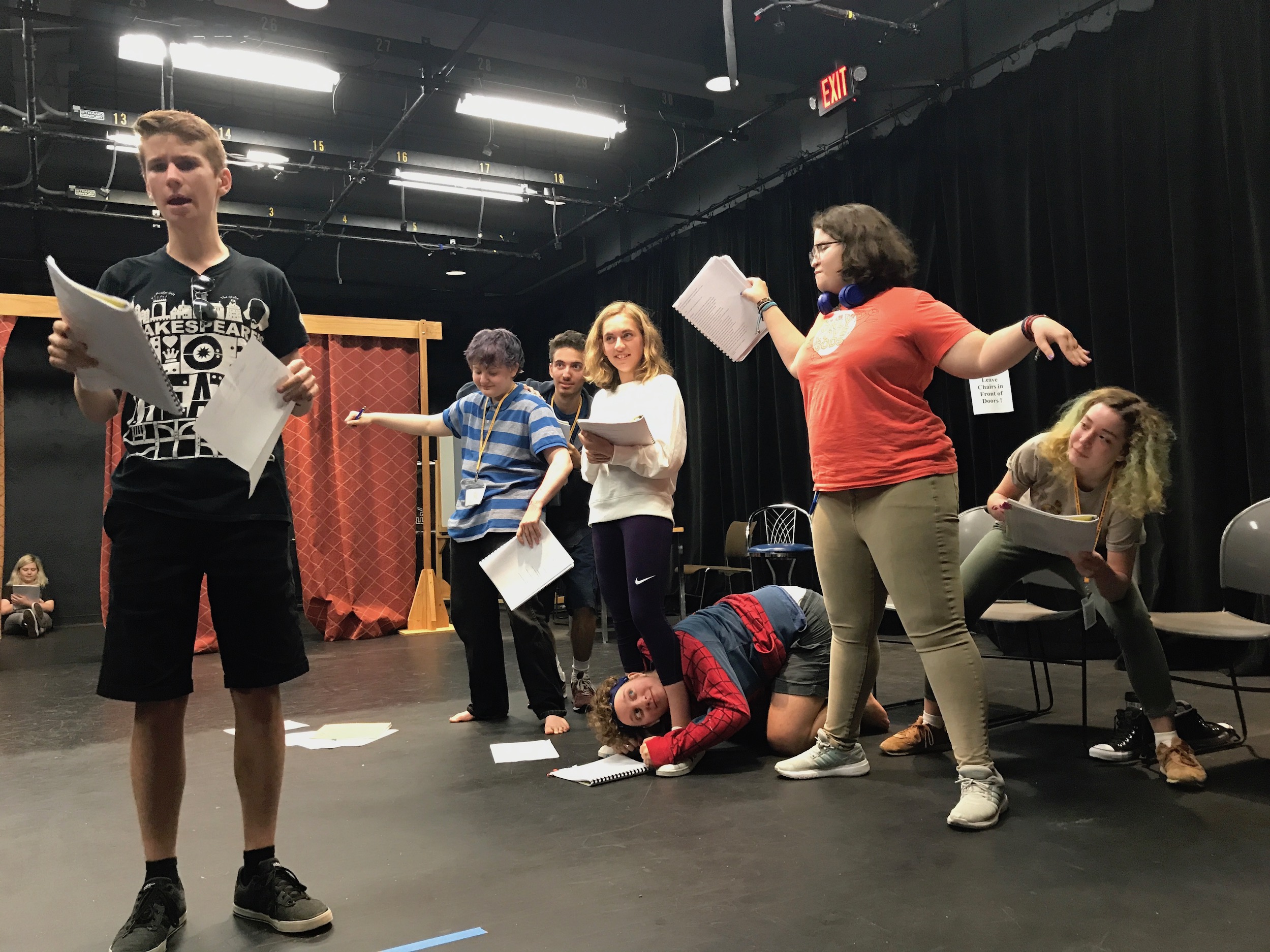 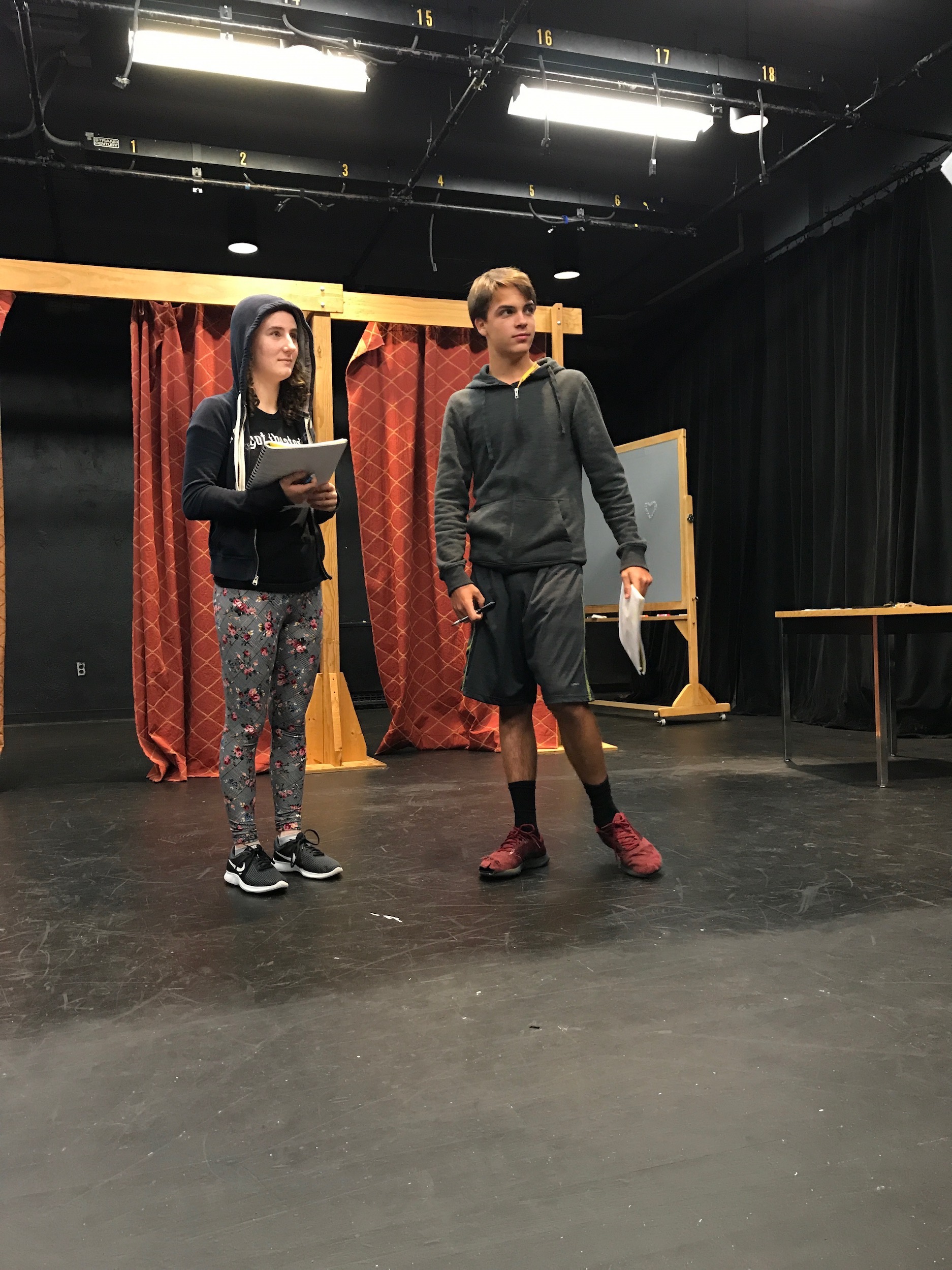 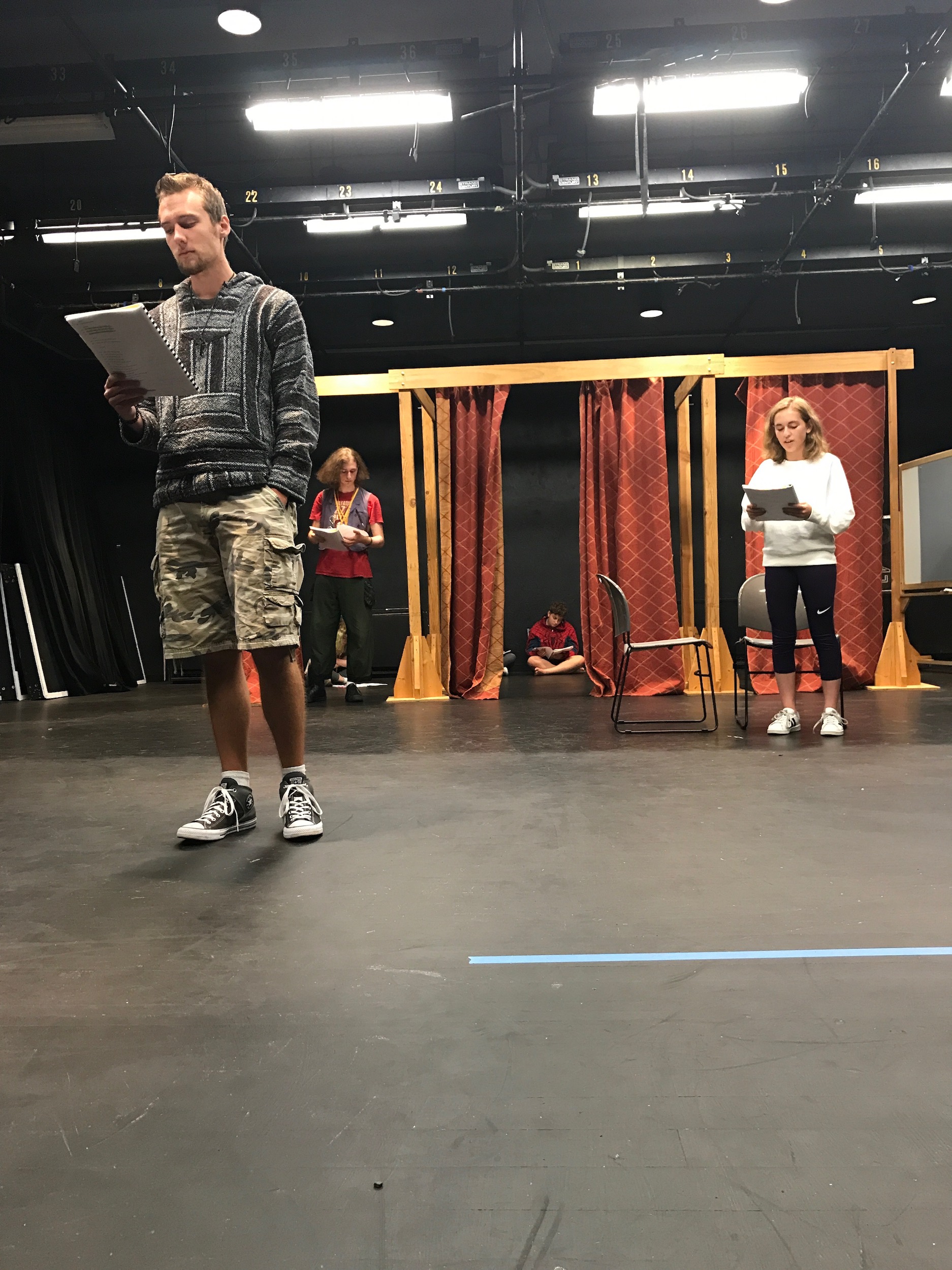 Viola (Eve) fusses at Orsino (Austin) for being insensitive 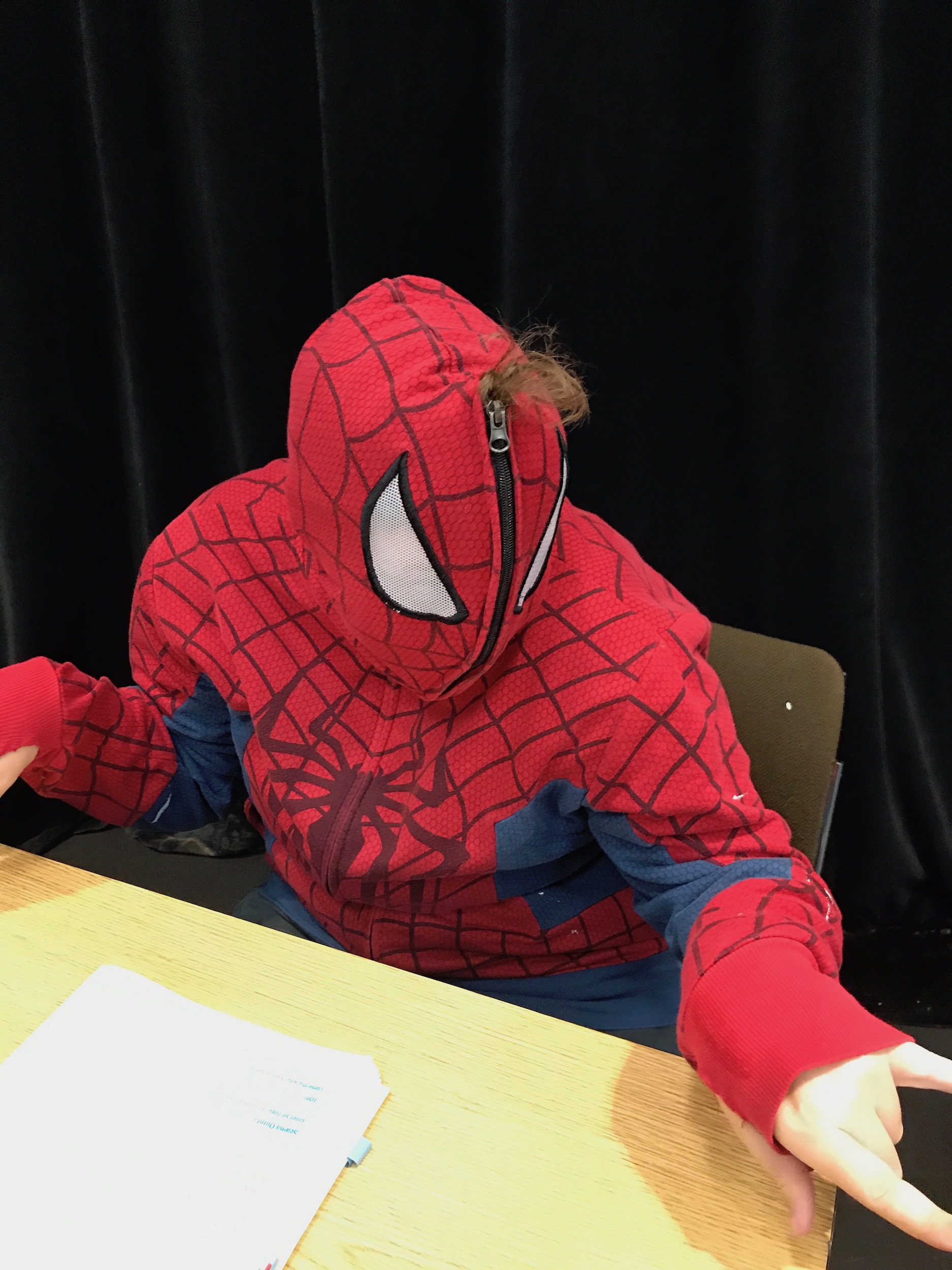 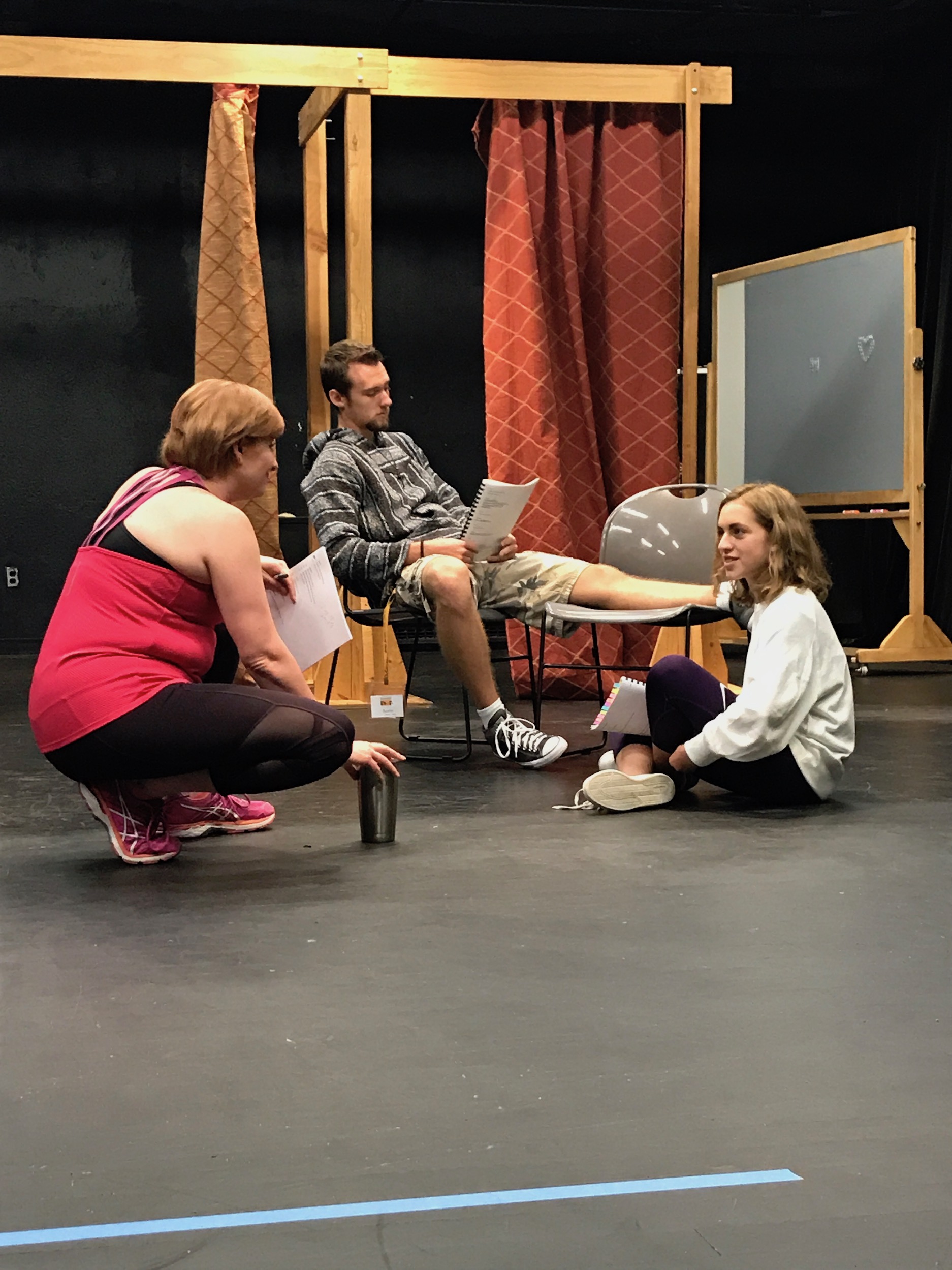 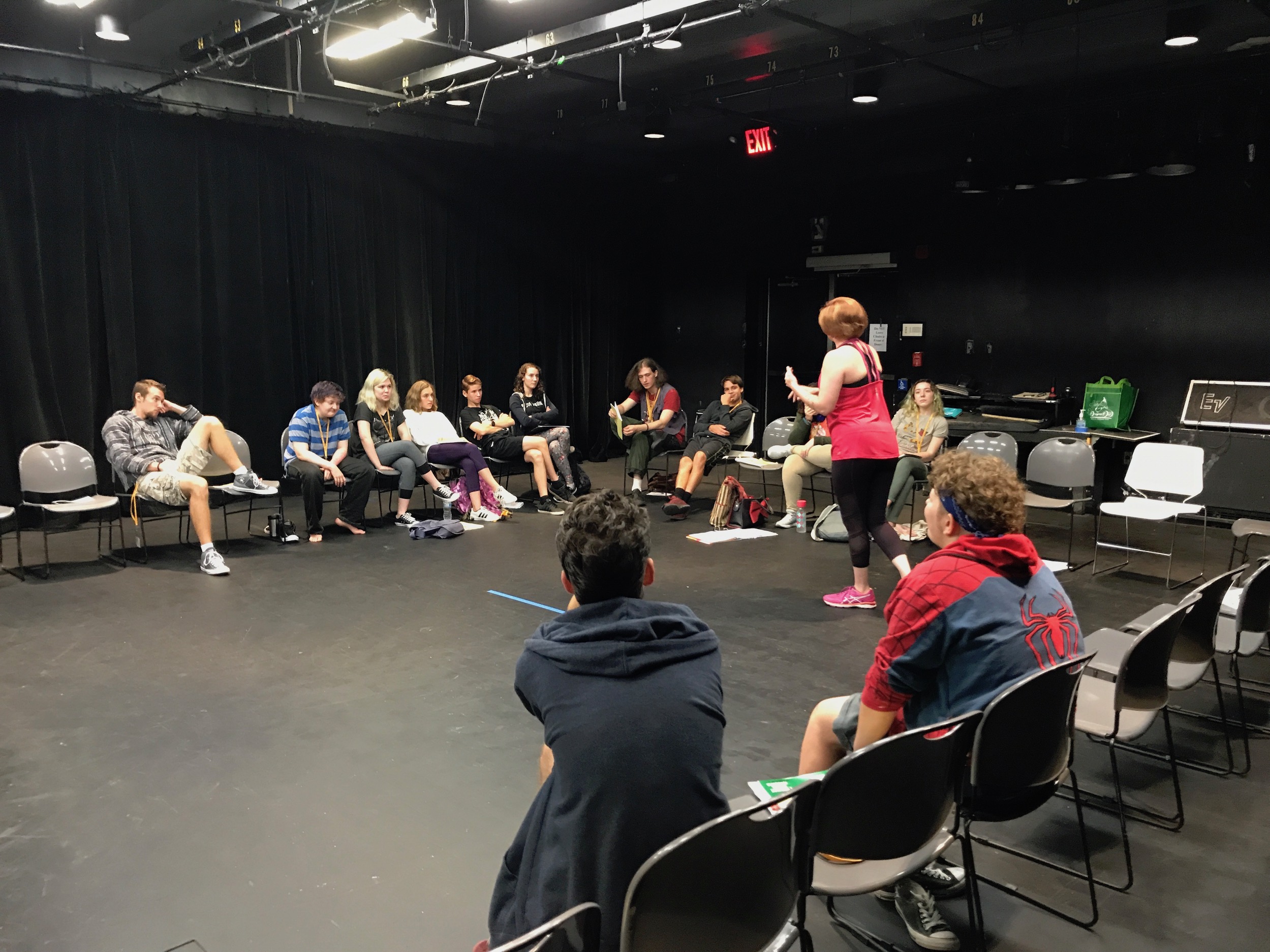