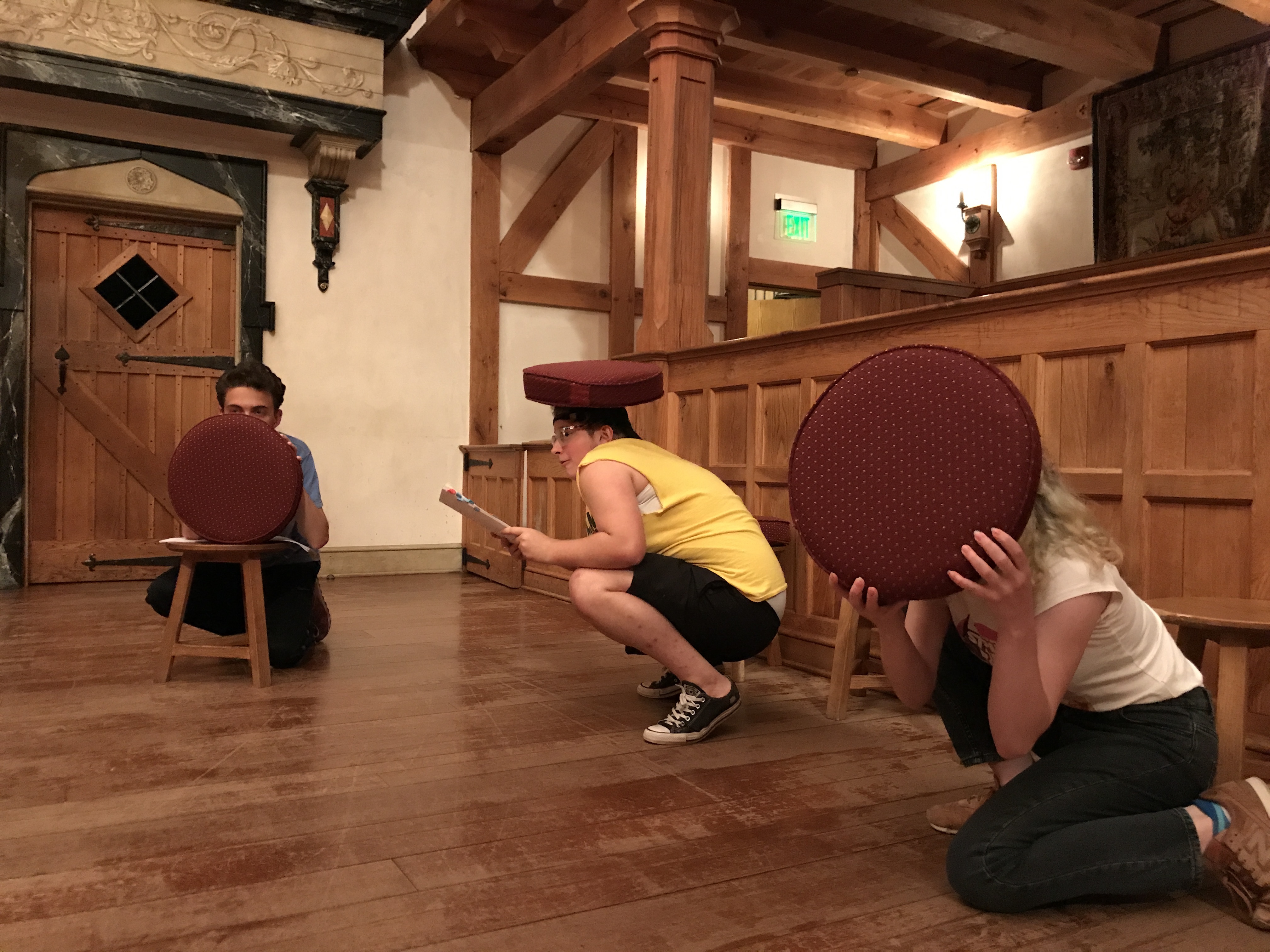 What we did: We began our Blackfriar’s rehearsal by working the scene where we use the theatre’s trap door. Then we did a stumble through with scripts in hand to get a feel for our blocking in the space and to see if anything needed to be adjusted. Then ASC actor Brandon Carter gave the cast some tips for how to get their volume up.

Production Insights: Focus was a little on the rough side tonight when we first began our run through. But as we really got moving things started to pick up and the energy and focus improved immensely. The pace is going to need to be much faster as we took a large portion of the rehearsal time (2 and a half hours) to run a show that is supposed to be an hour long. I’m far from concerned though, as the first real run-through always goes worryingly over time. We will get there as the cast gets more comfortable with their lines and blocking. 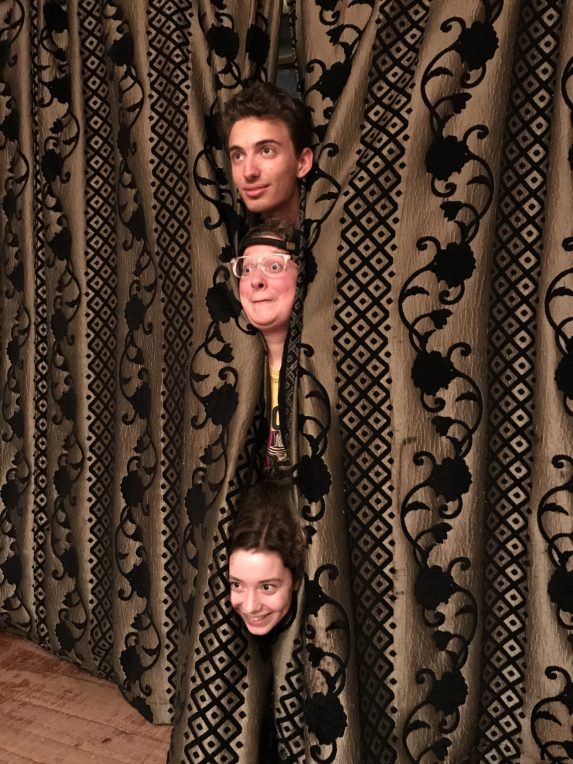 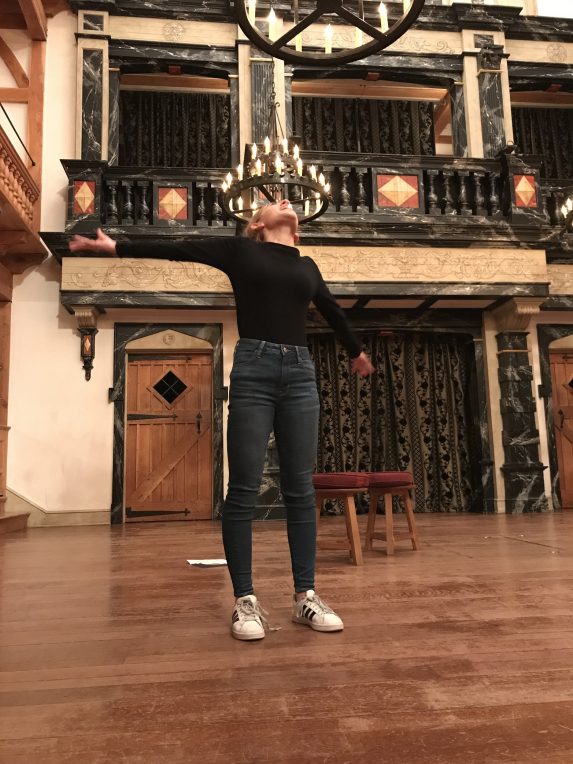 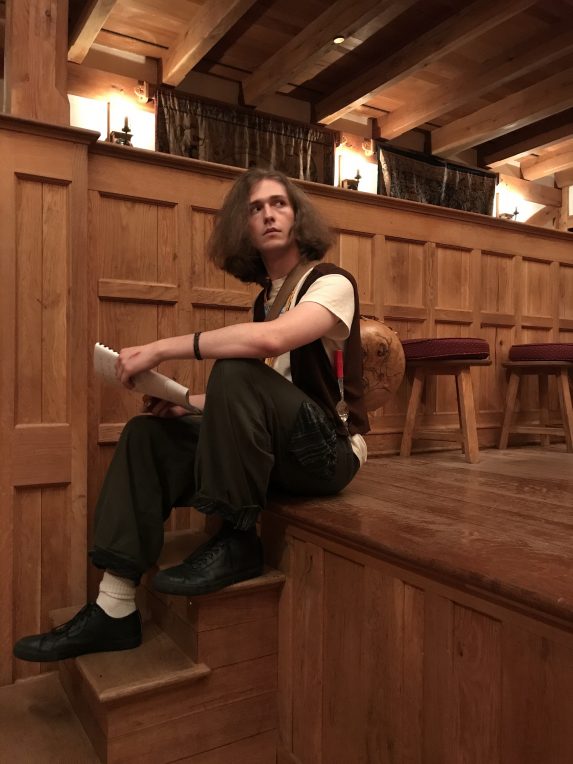