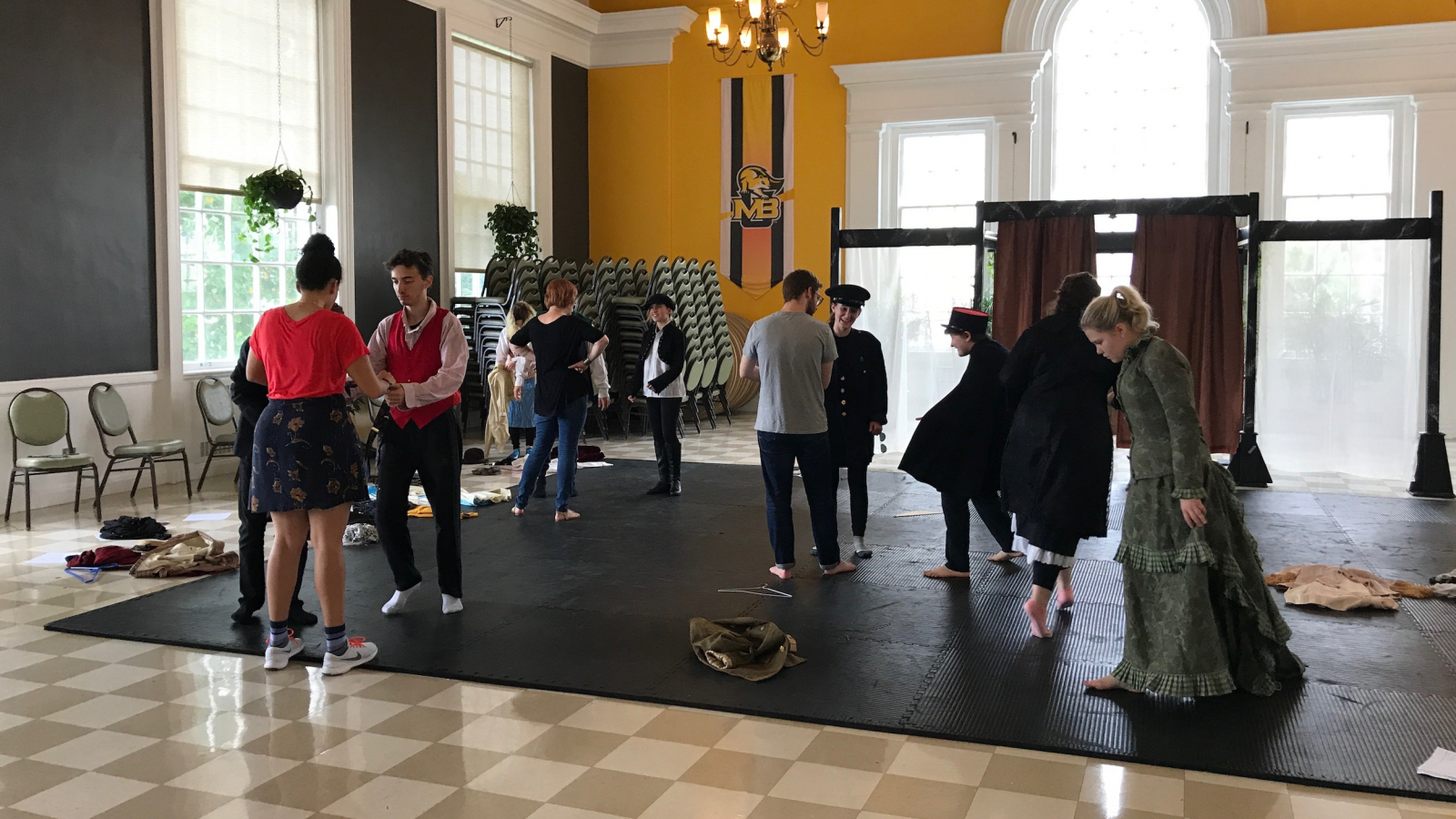 What we did: Today we began with costuming. Everyone tried on the various costumes we pulled for their characters to see what worked and what didn’t. Then we did our daily warm-up, fight call and music call. After that, we did a full run of the show with costumes and props.

Production Insights: The run today went well. The energy was lacking a bit, but we did shave 20 minutes off our last run (which leaves 20 more minutes to shave off before we are down to time.) Hopefully our Blackfriar’s run in front of the rest of the camp brings up the energy and gets us closer to time.

In terms of costuming, things could not have been better. Everyone looked amazing in their costumes, and the show, costumed as a whole is very cohesive and effective in hinting at place and time. Even I get a costume for when I’m on stage for a few minutes as the Bouncer of the Incarcerated. Emily and I will be working on a few costume fixes, but for the most part, we are totally set in that department. 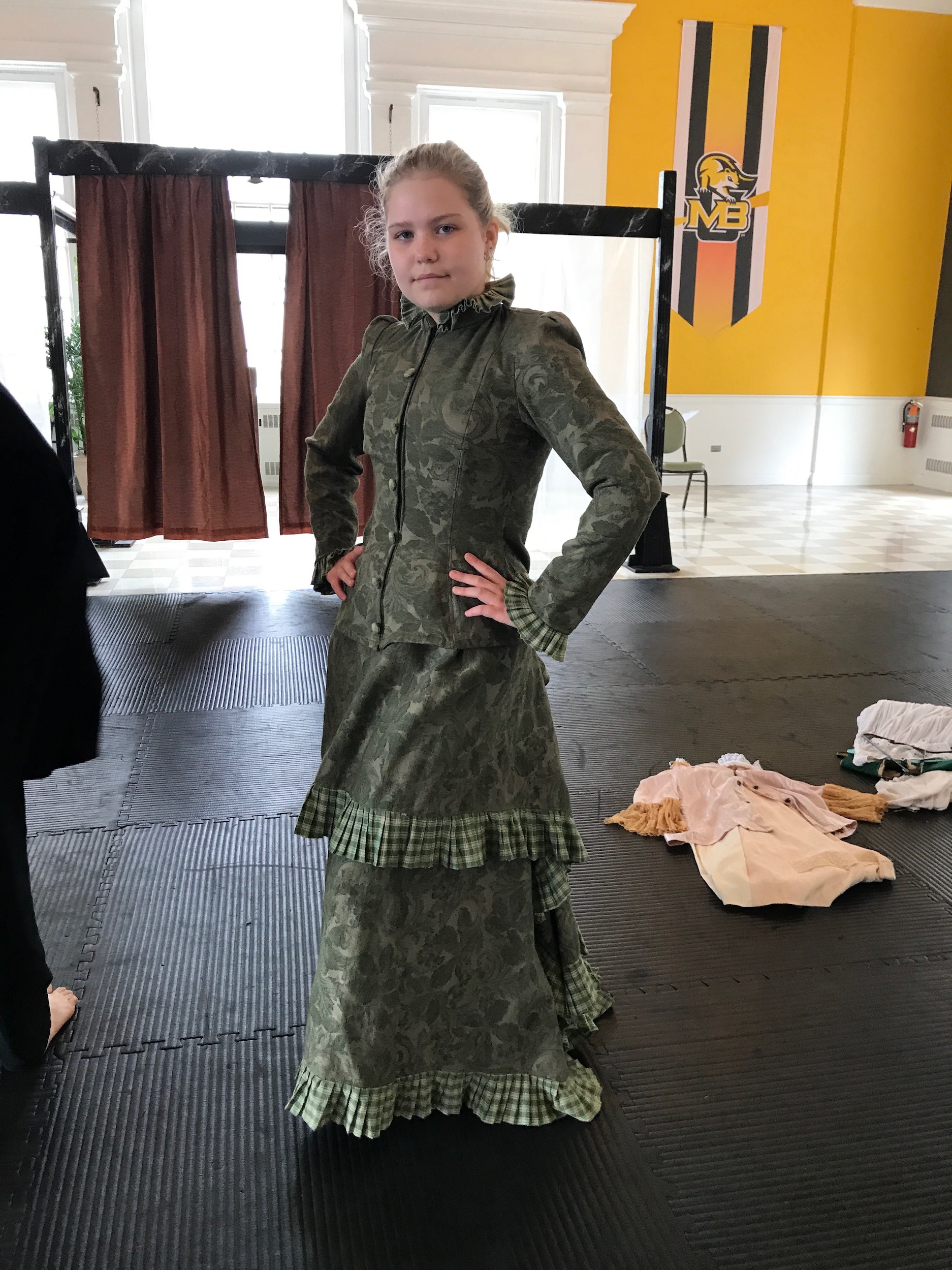 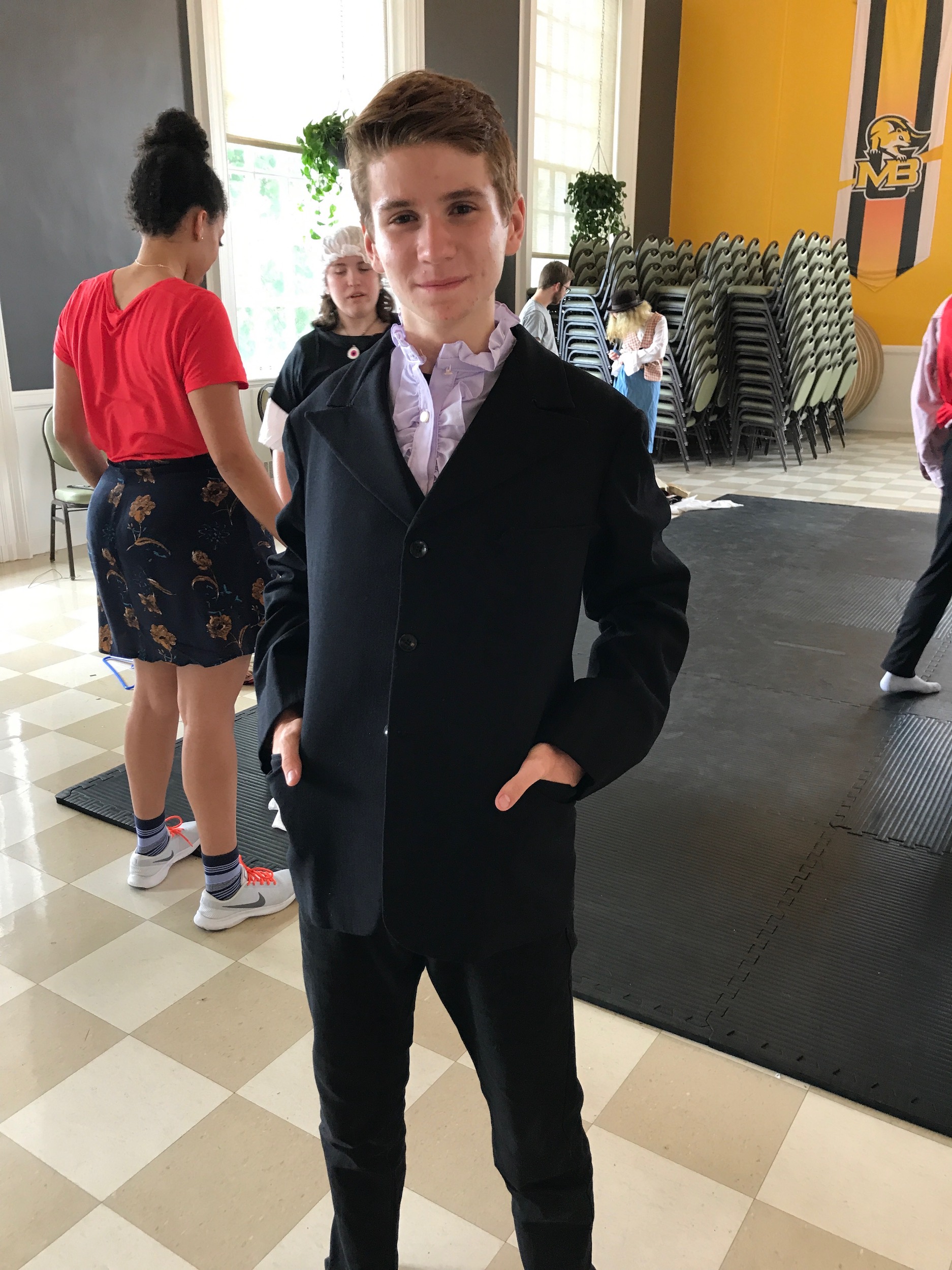 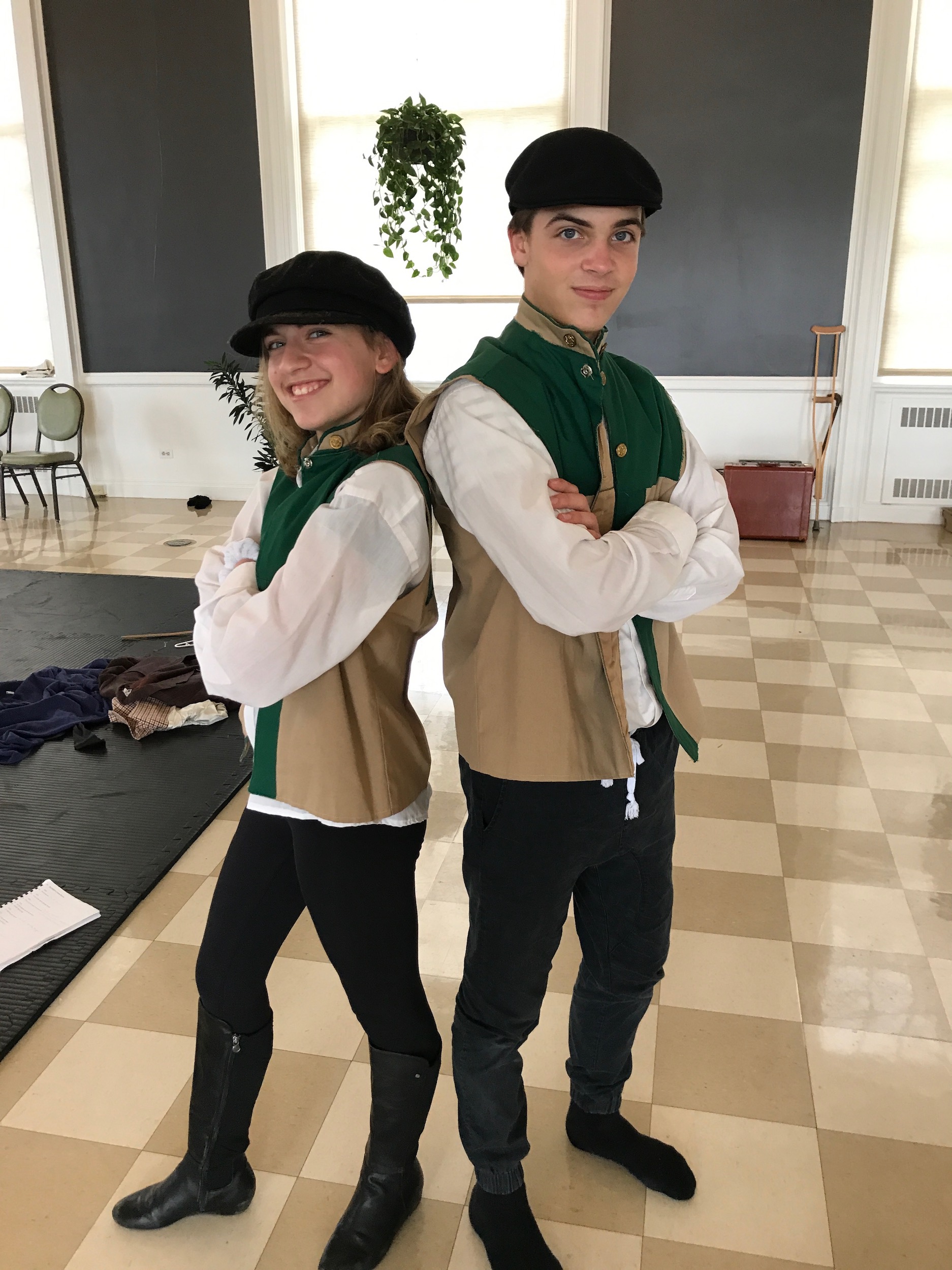 Eve and Sebastian as the twins 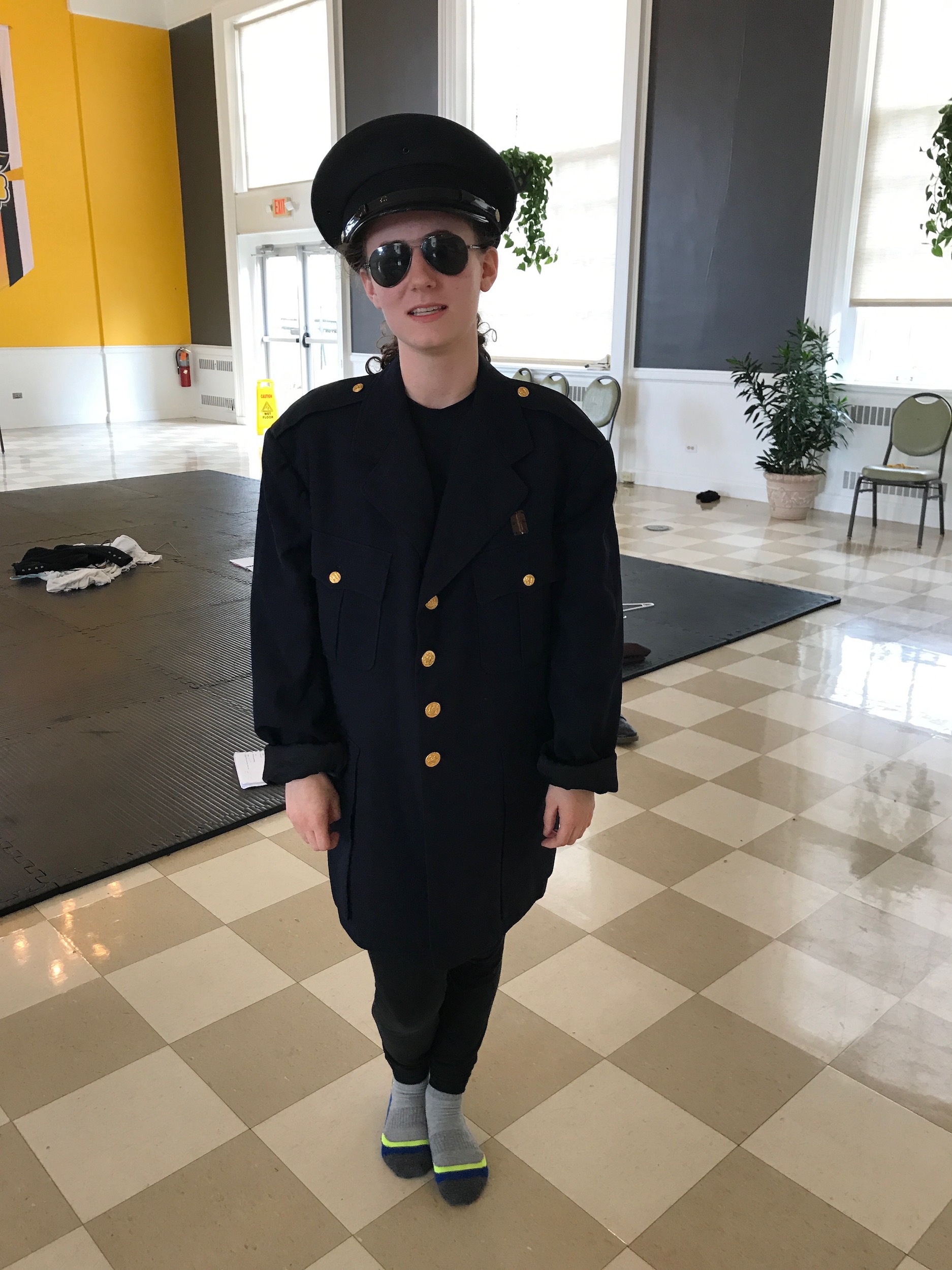 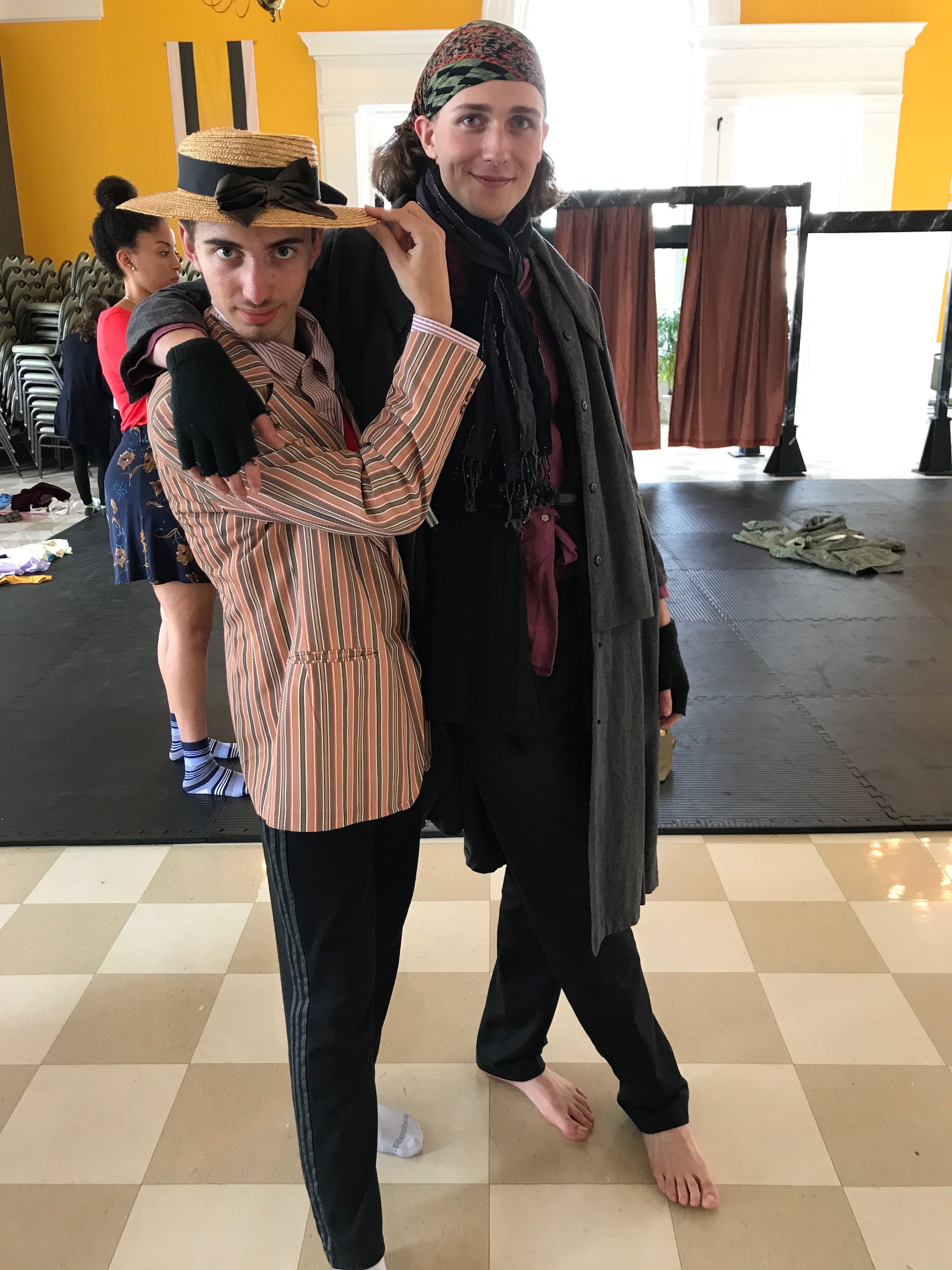 Hillel and Darrow as Andrew and Feste (respectively) 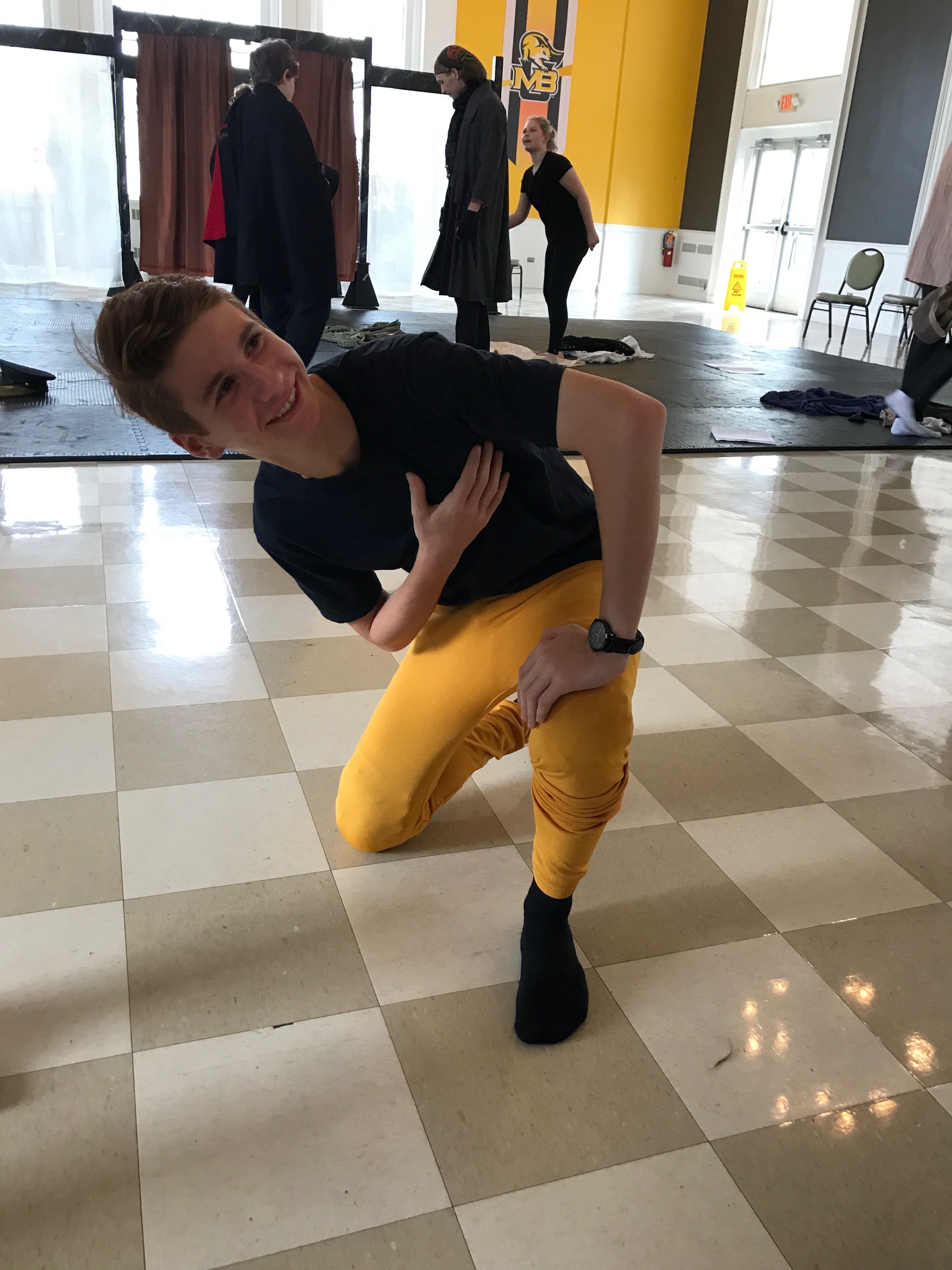 Benjamin as Malvolio while suffering from slight heartburn 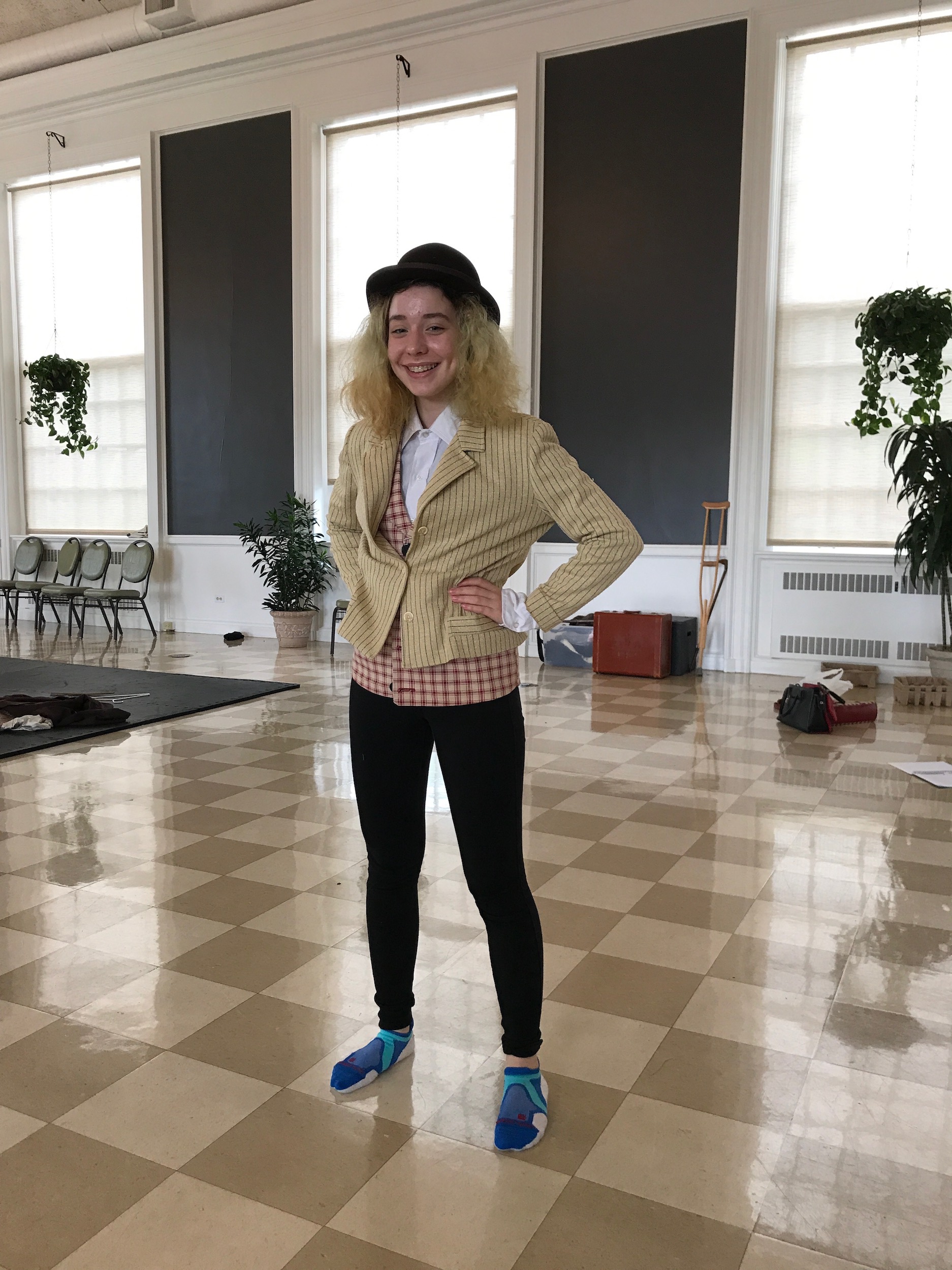 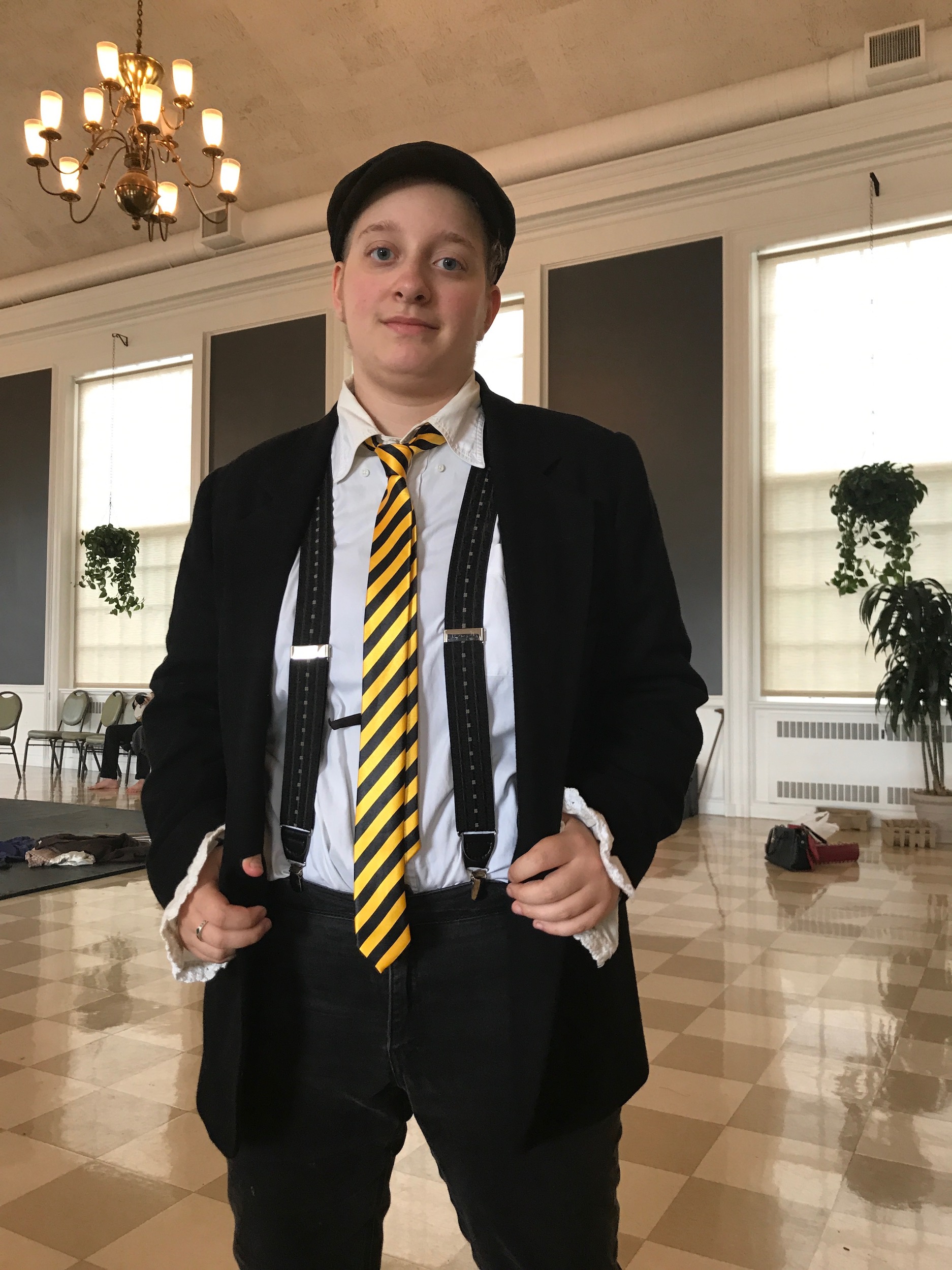 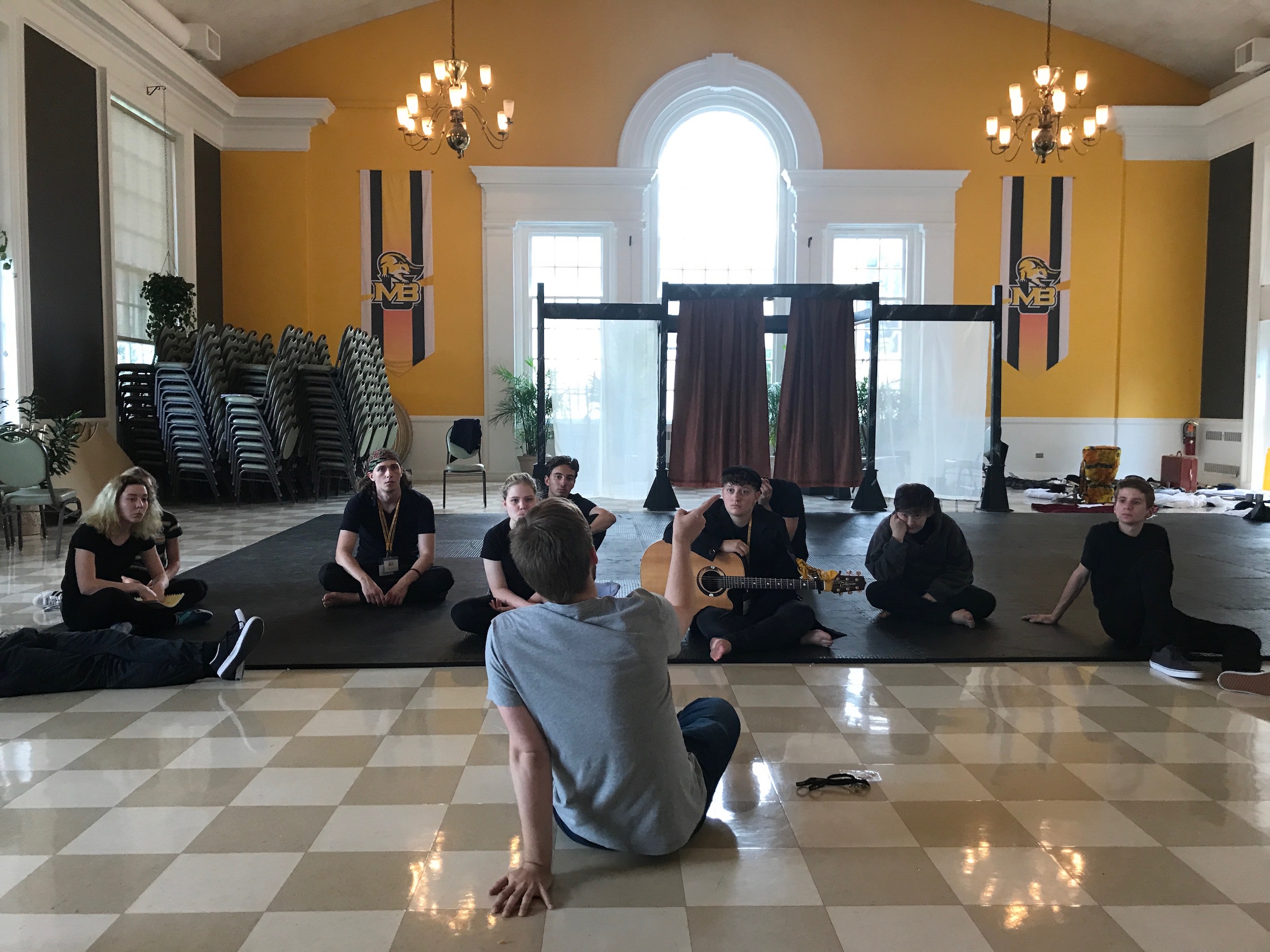 RDA Riley giving a pep talk at the end of rehearsal