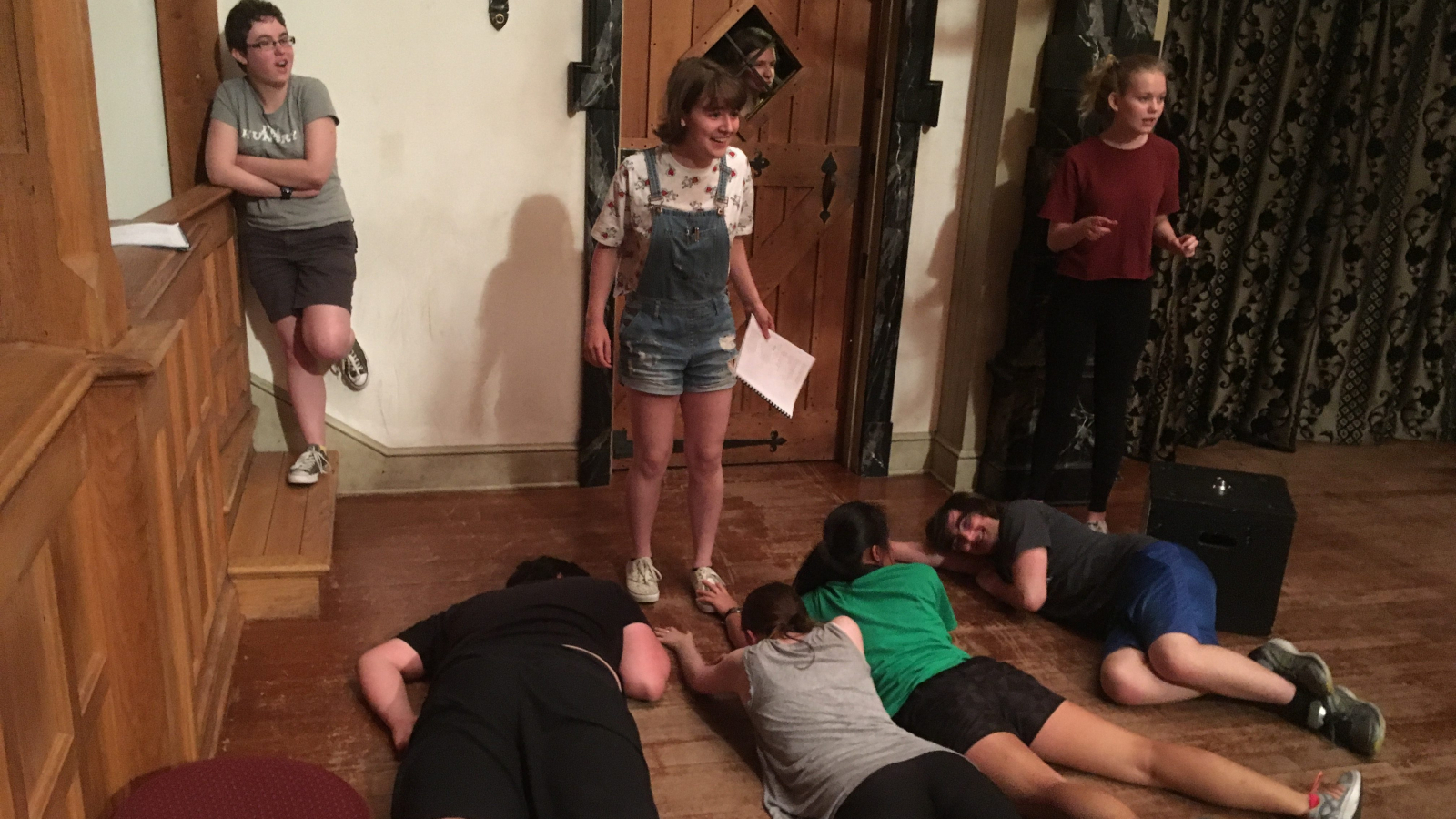 Much of our rehearsal today focused on learning the quirks of the Blackfriars. Marshall walked the cast through everything from operating the entrance doors and discovery curtain to how to cross a thrust stage. We moved on to Thaisa and Pericles’s marriage dance, excellently choreographed by RDA Chase. Finally, the cast began to stage the first scenes of the play, including creating the severed heads that decorate Antiochus’s court.

PERICLES: And both like serpents are; who though they feed

On sweetest flowers, yet they poison breed.

MARSHALL: Is three enough, or do you need more severed heads?

CAMPER: [responding] There should be four severed heads. Four is the number of death.

Putting our play onto the Blackfriars’ stage highlighted for me the performative nature of many moments of the play. Many members of our cast have the challenge of acting a character who is themselves acting, including Pericles and Kind Symonides often disguise their true feelings, only speaking truthfully to the audience. That close relationship between character and onlooker is highlighted in our early modern playing space. 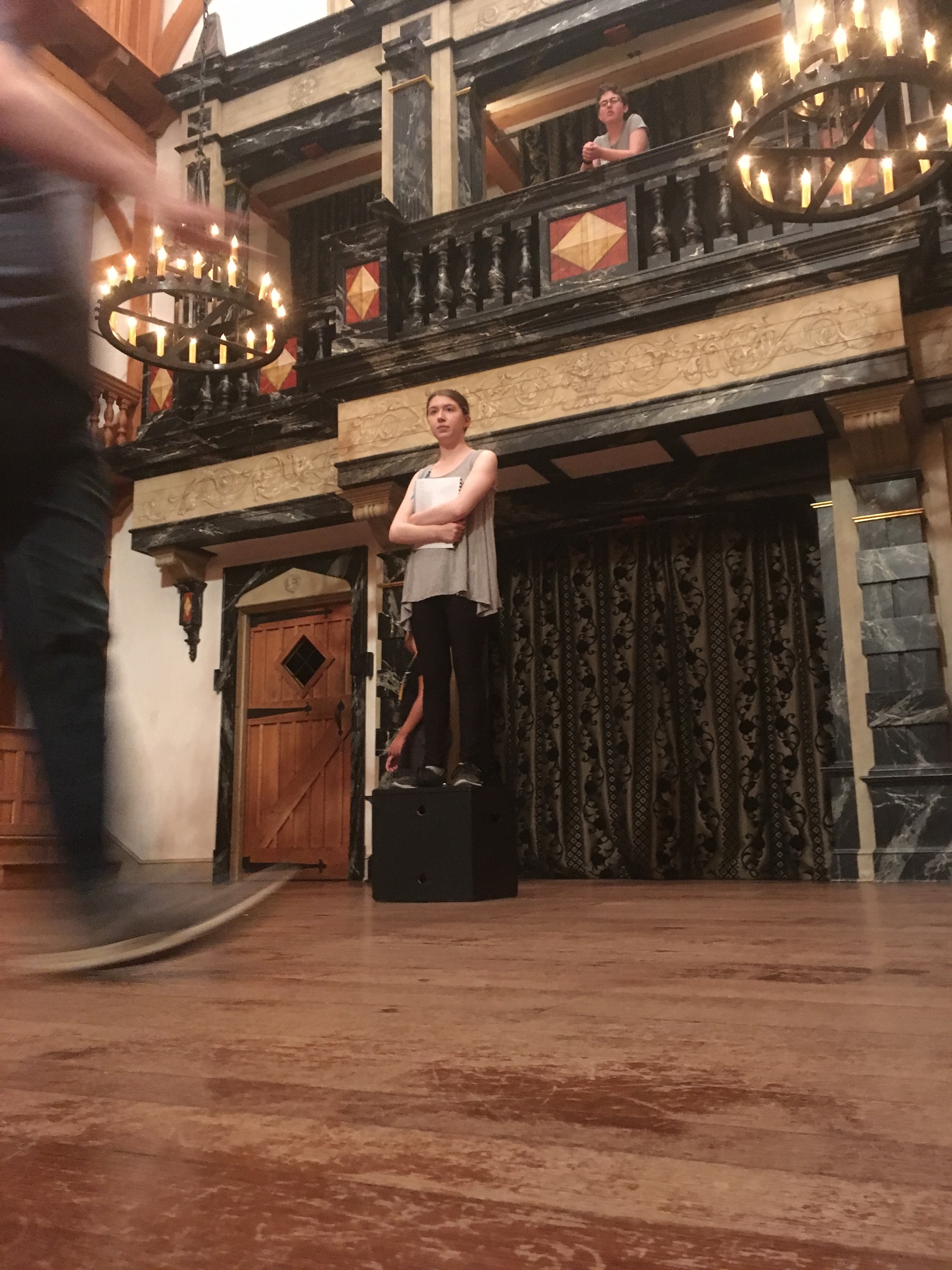 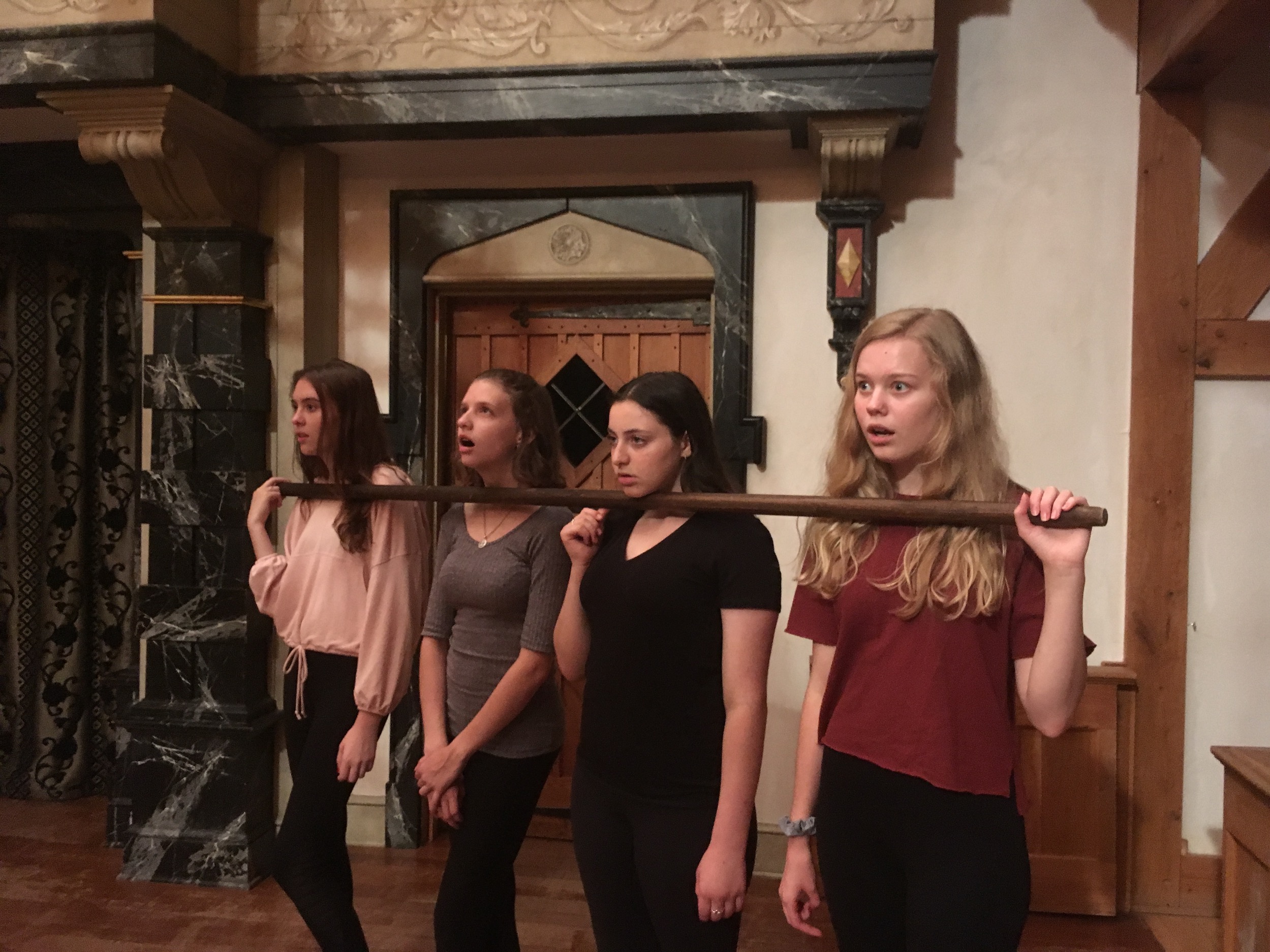 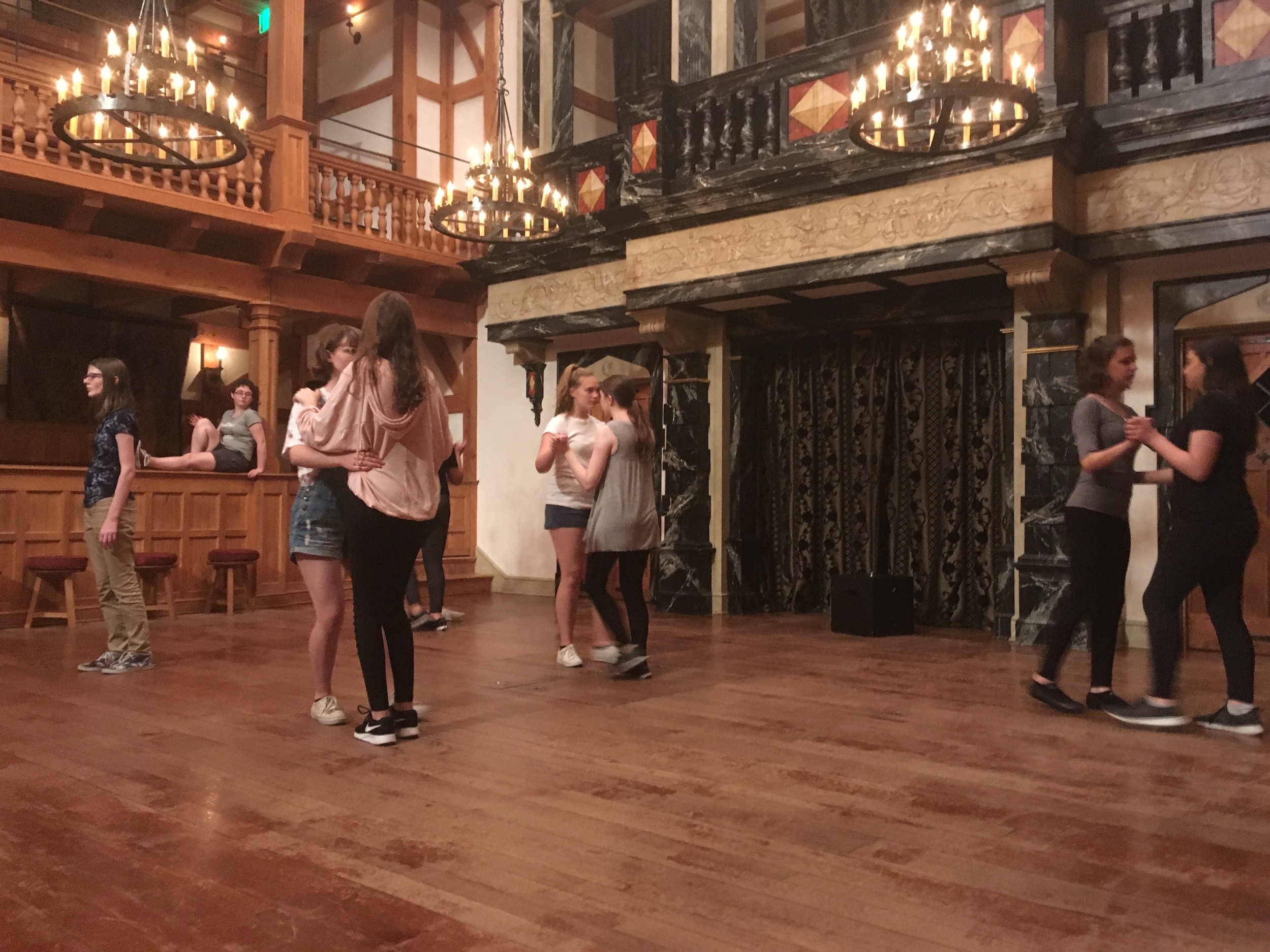