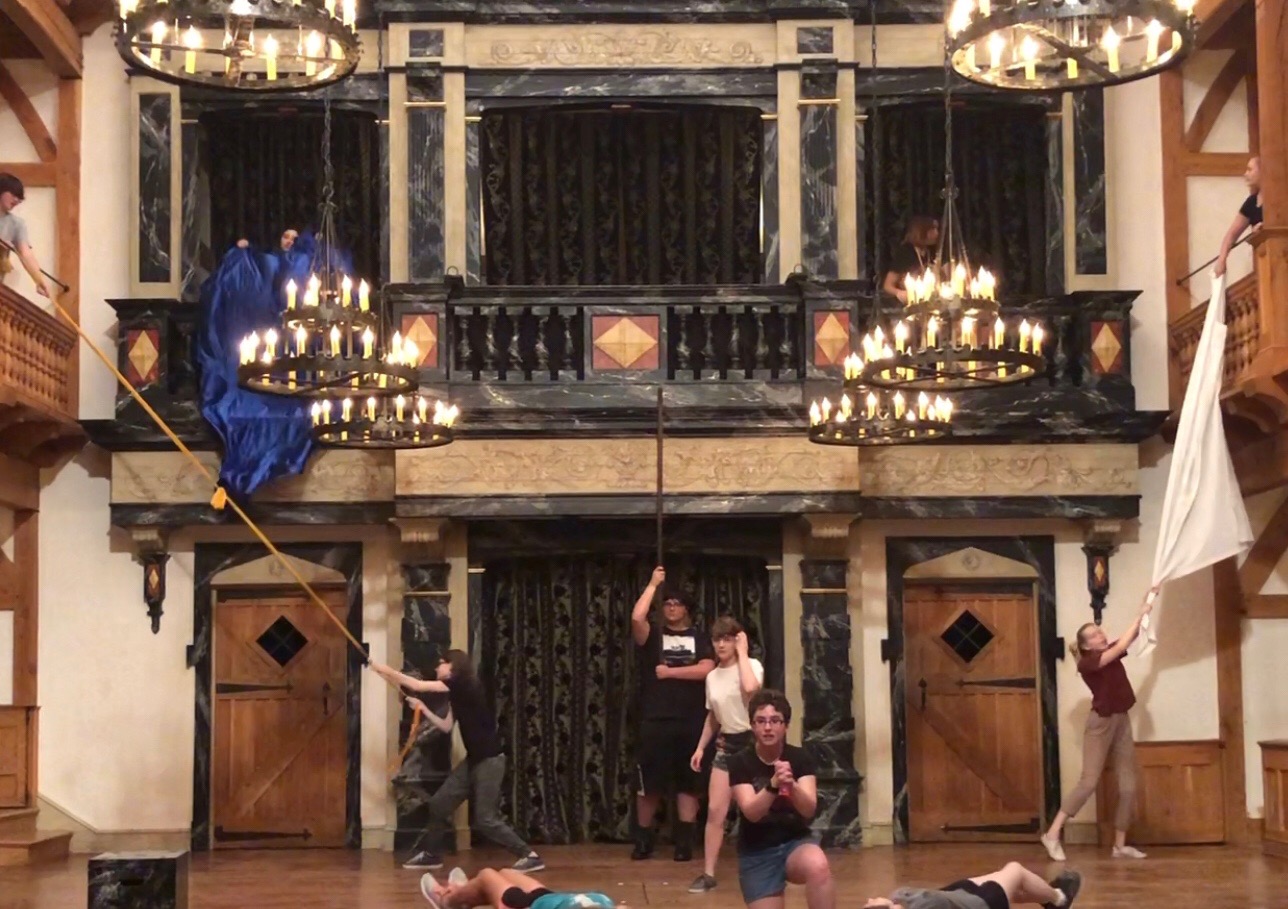 In our morning rehearsal, our cast built the tournament scene, where Pericles, washed up on shore after our play’s first shipwreck, jousts as a stranger. The story reaches a certain level of resolution, which we destroyed in the evening as the cast worked together with the architecture of the Blackfriars to create the play’s second shipwreck. We also had a visit from ASC cast member Brandon Carter, who coached the Peri-People in using their voices in the theater itself.

Disgorges such a tempest forth,

MARSHALL: To wreck a ship, what do you have to do? Boom! Build a ship.

MARSHALL: This pile of dirt just talked to you! This is your chance to react!

Pericles tourneys with five knights in Pentapolis, each with his own crest and motto. The knight representing Antioch carries a shield displaying a “wreath of chivalry” emblazoned with the phrase “me pompae provexit apex” [roughly, “the crown of glory has carried me”]. Another knight carries a shield decorated with an upside down torch. Pericles wears armor dragged out of the sea by fisherman. We have chosen to take his emblem, a withered branch, literally, arming our titular knight with a staff.