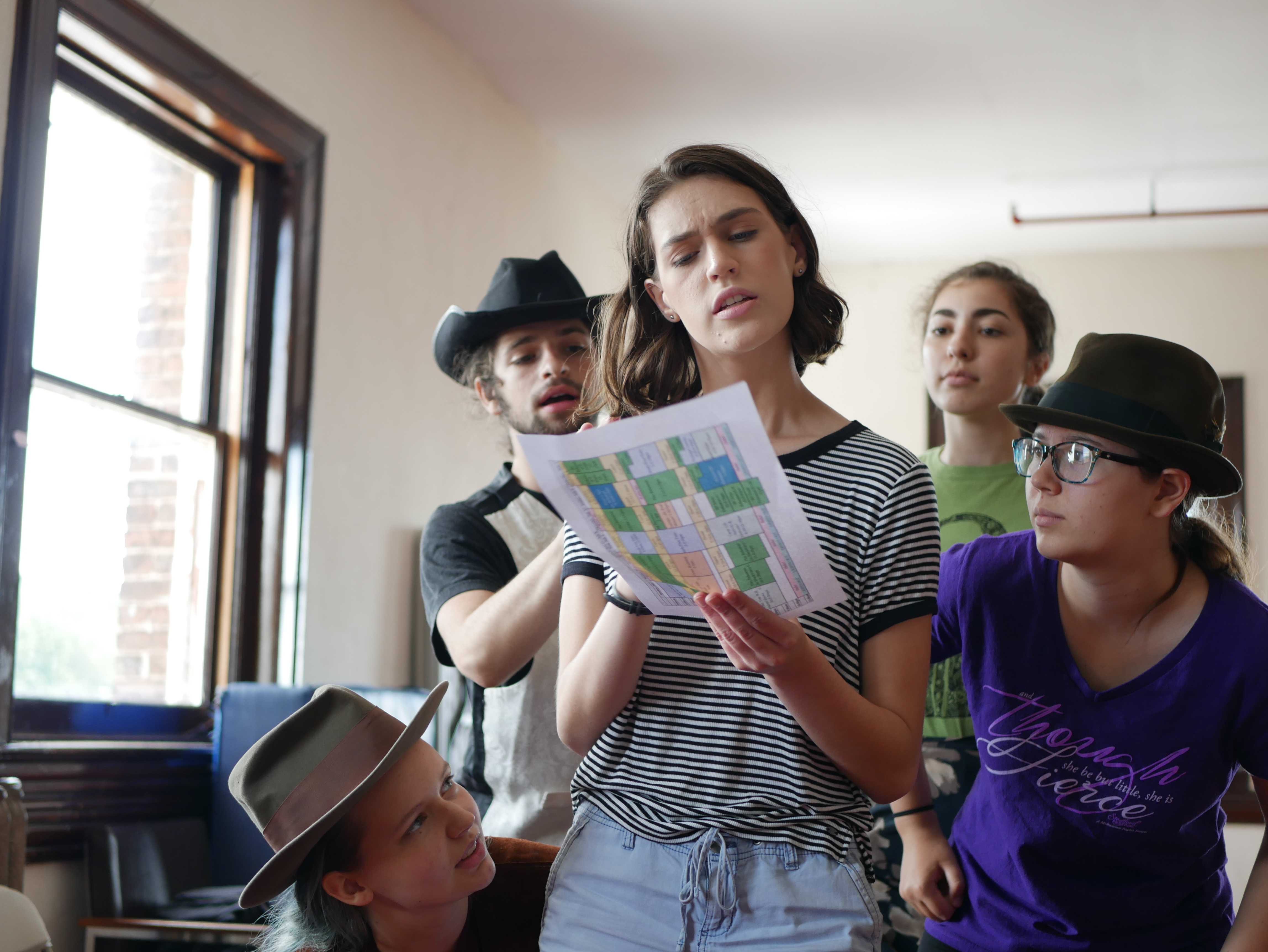 Today was a long two-rehearsal day. In our first rehearsal, the cast worked on strength, energy, and a sense of urgency throughout the play. Despite the confines of the smaller space, our pre-show song and Chase’s choreography went well. “Caroline [on bass] has serious groove!” In the evening, we moved onto the Blackfriars’ stage, where we worked through the final court scenes in preparation for our first fully costumed run tomorrow.

CORVINO: The man is mad! He is possest.

[The next scene] Grave fathers, he’s possest; again, I say.

FINCH: [to Voltore]: The court is your field. Own it.

It was exciting to be on stage with the our excellent cast in my cameo roll this evening. The freedom of not having lines (and only being on stage to fulfill minor stage directions and support the actors) let me focus on reacting to the narrative of the play. All I had to do was be honest, expressing my surprise, excitement, confusion, and satisfaction with Jonson’s play and each campers’ powerful choices. 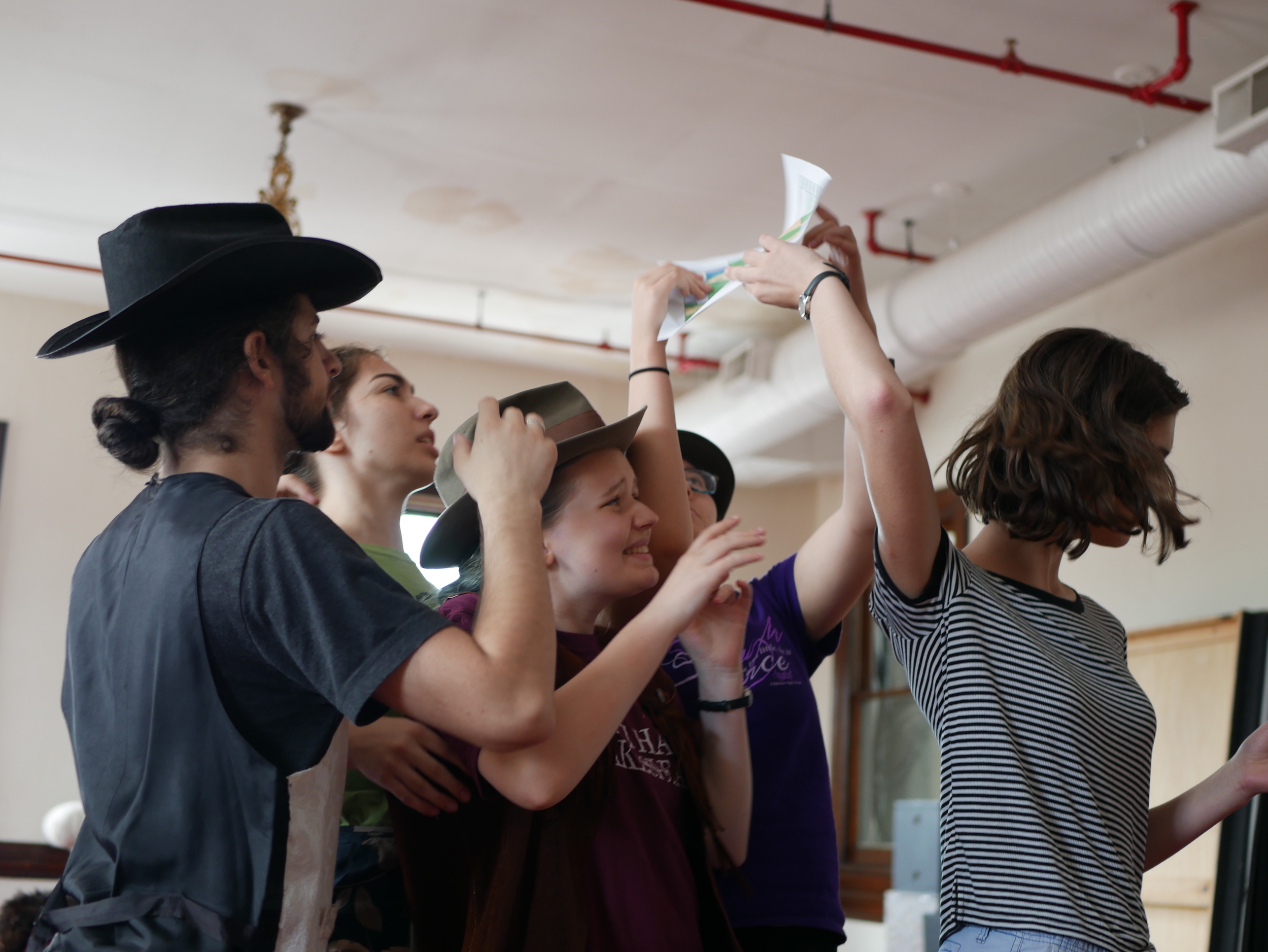 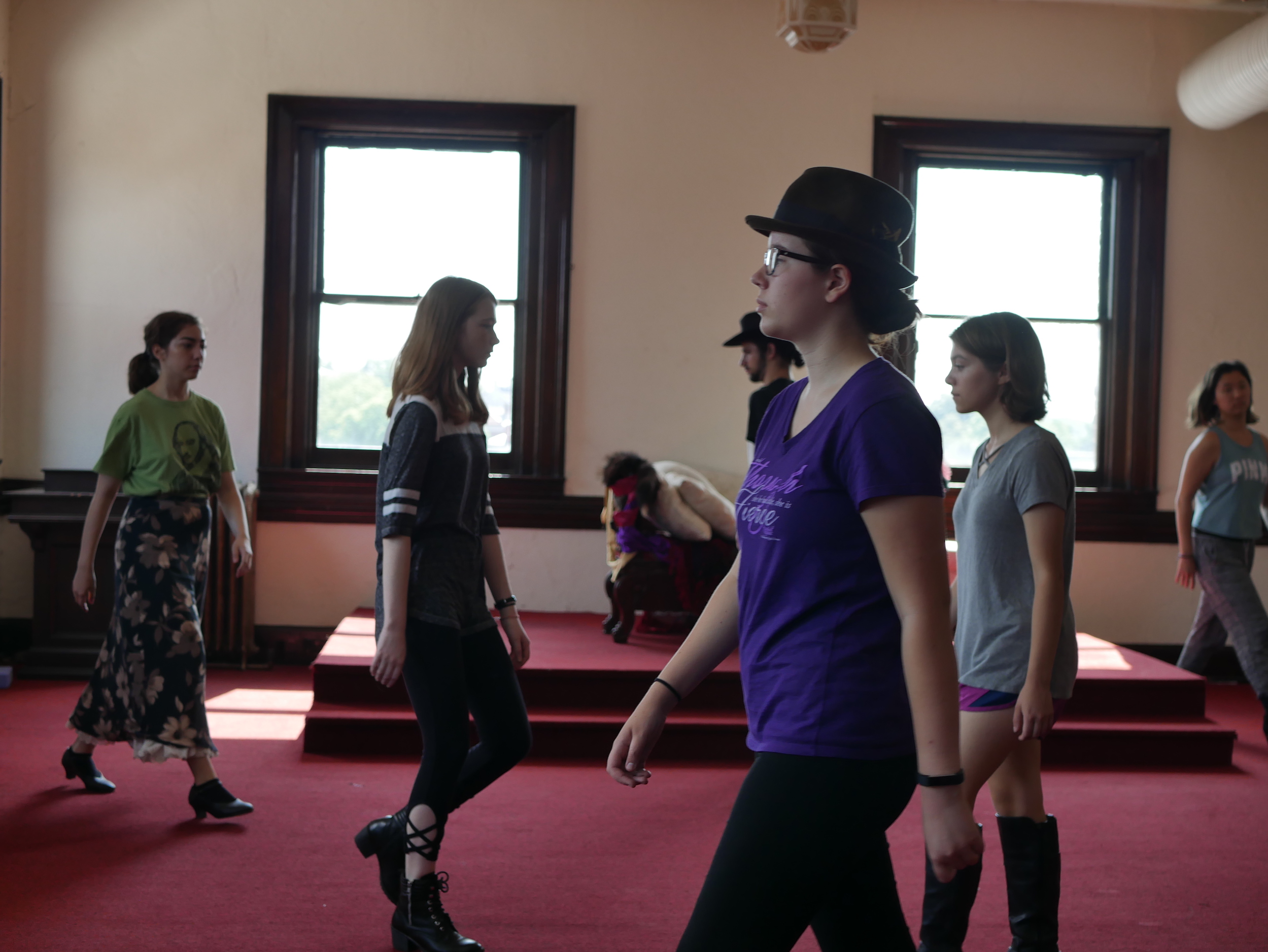 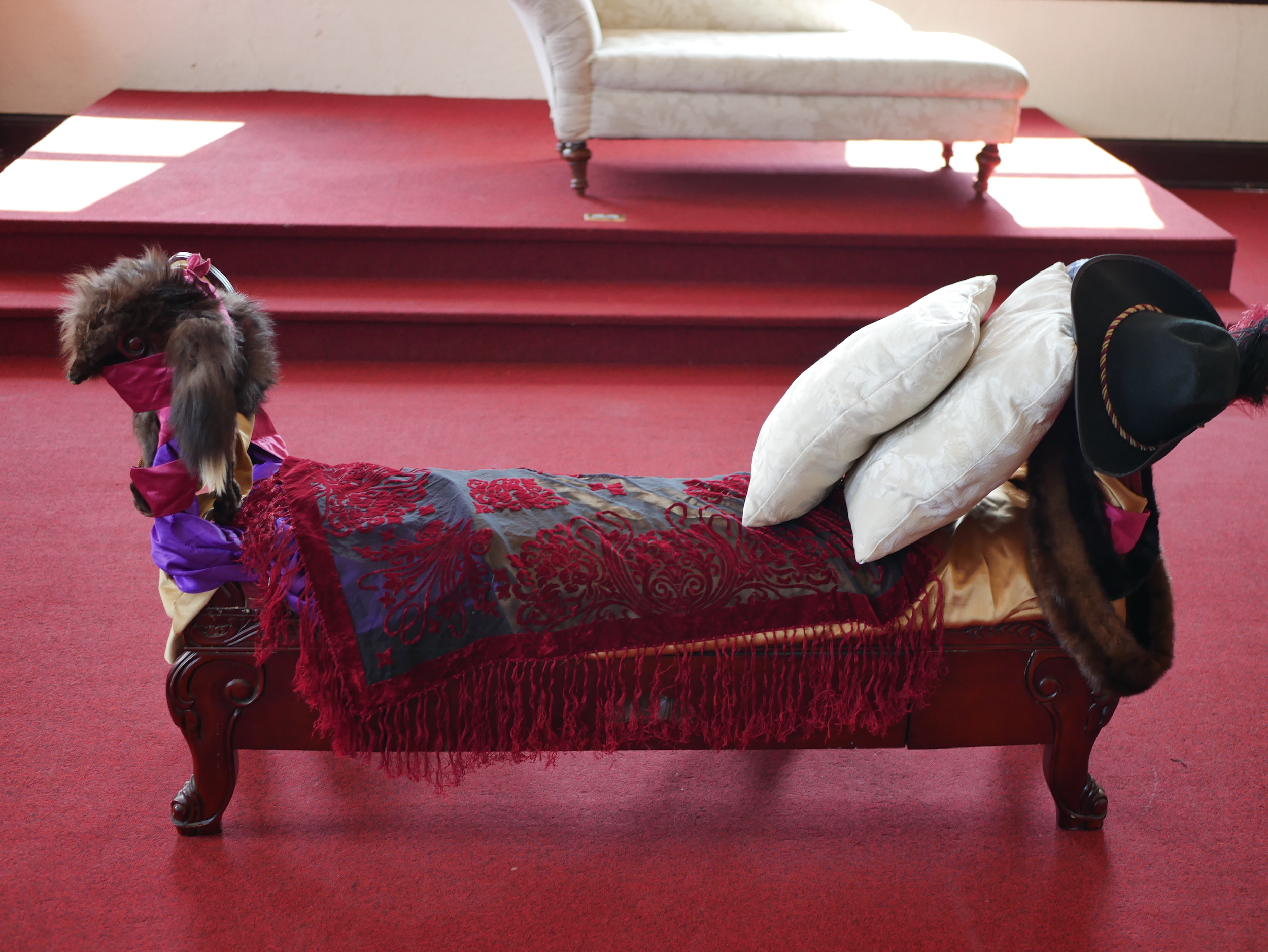 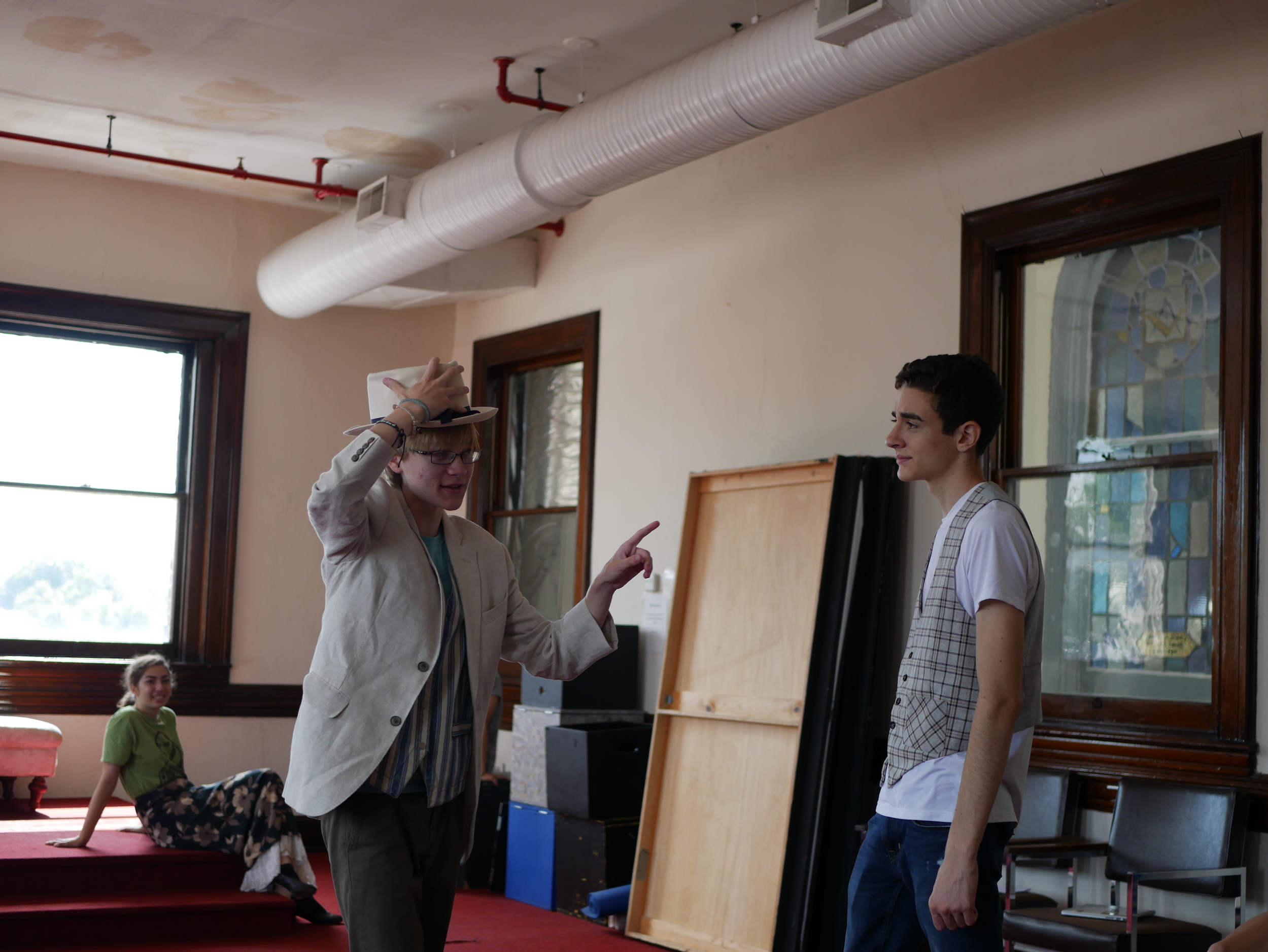