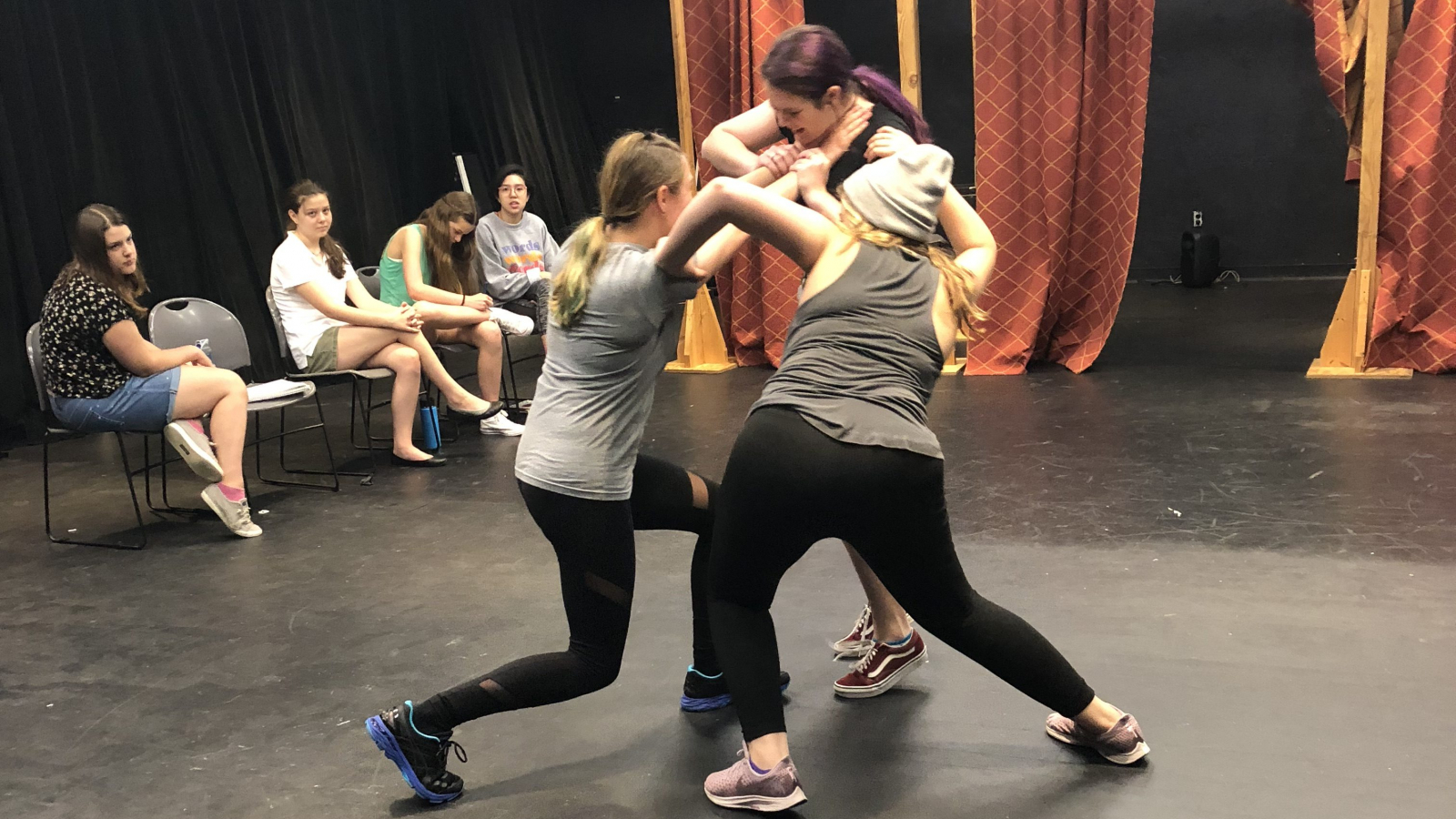 The first half of rehearsal was text work. Emily had the cast work on ”actioning,” which is putting infinitives to lines fo text to help the line reading gain energy and purpose. She had the cast create gestures to get this concept into their bodies. We then split into groups to do some more in depth and indivualized scene work before our dress rehearsal tonight. The cast then did a speed through of the show, eliminating any and all pauses.

From the Play: “You know our rendezvous, go march away.”

At this point our cast knows the play so well, all they have to do is put all their hard work into motion.

From the Director: “We are moving through a play like we’re on a roller coaster. But that does not mean we are sacrificing the great text work that we’ve done, the actions.”

Emily’s advice before the cast launched into a speed through of the play.

Emily: “Hamlet, can you make eye contact with Leartes during that choke?”

Did you know that there is murder in Hamlet!?

Tonight is the camp’s dress rehearsals in the Blackfriars. This is a fun time to share what you’ve been working on with your fellow campers, but it’s also a good indication of how much more work needs to be done before Sunday. Like I said, I know that our campers have this play in their bones at this point. They have done so much work on their lines, but it’s now time to just do the damn thing. Using actions in the text will help get things going. The energy of a play is so important. One never wants a play to drag, the pace has to keep up. Once the first line of our pre-show song starts, the world of the play is in action and there is no going back.

I have confidence that this magnificent cast will shine tonight and keep the efficiency of today’s speed through and the energy of their actions. 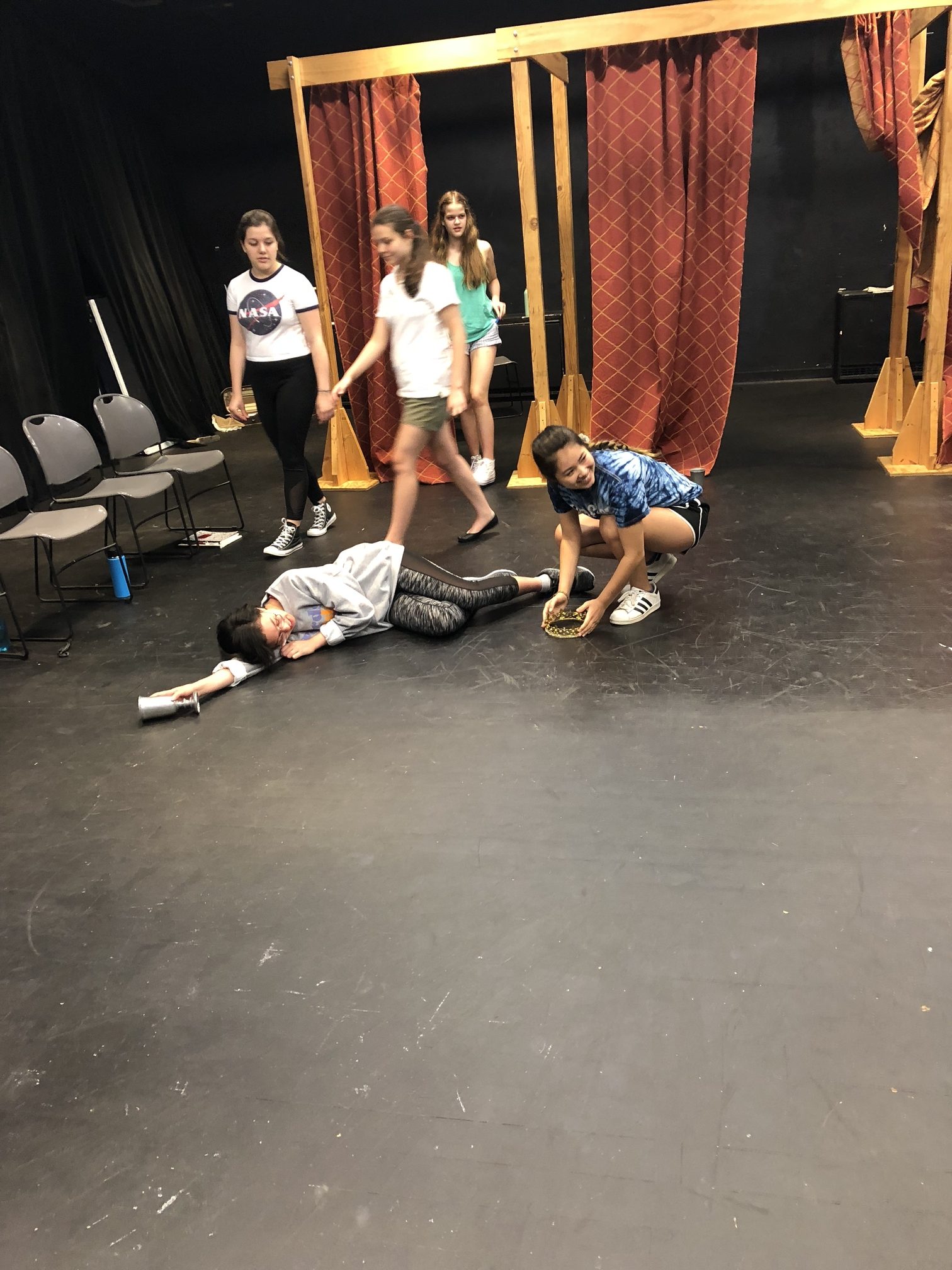 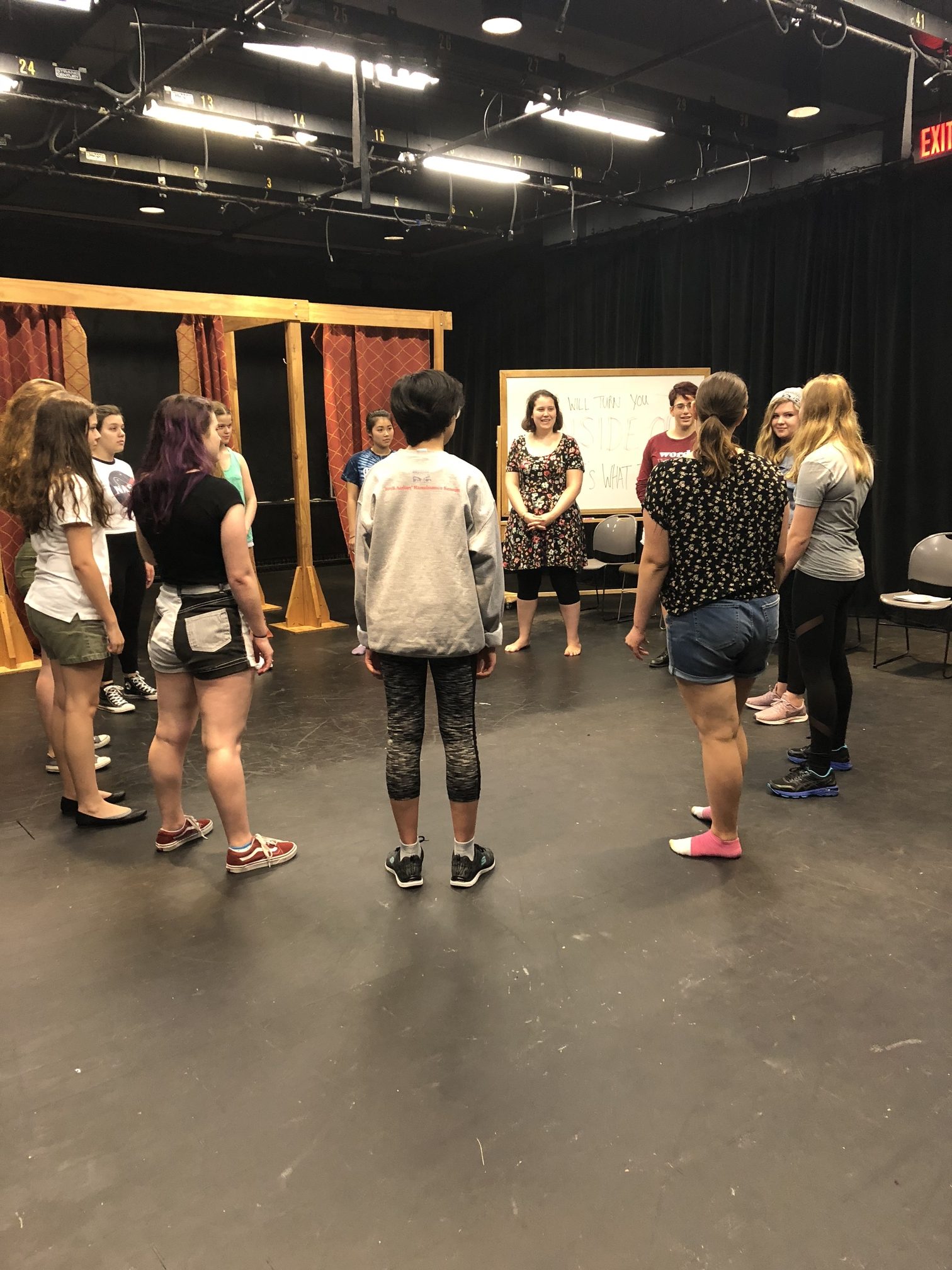 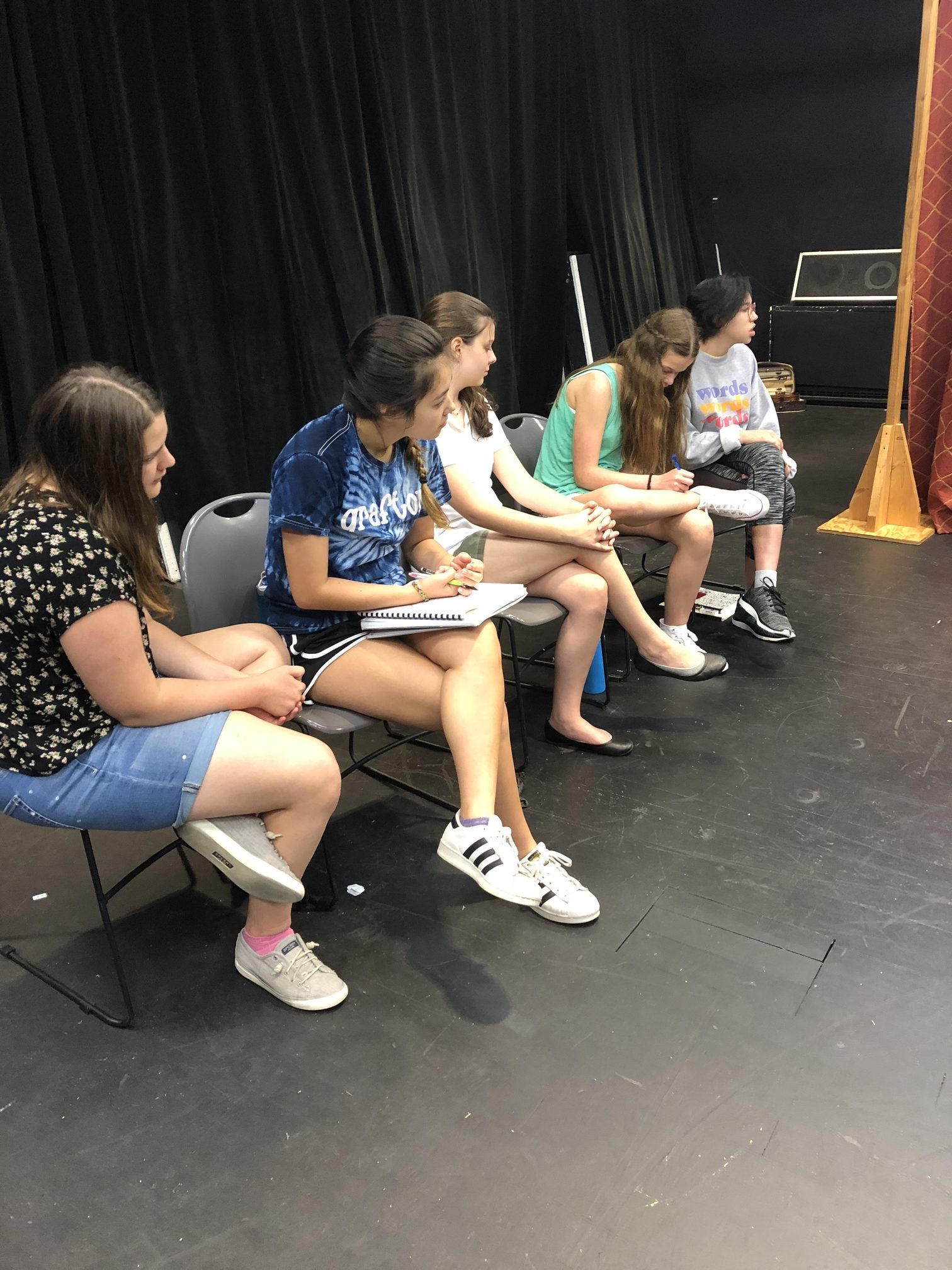 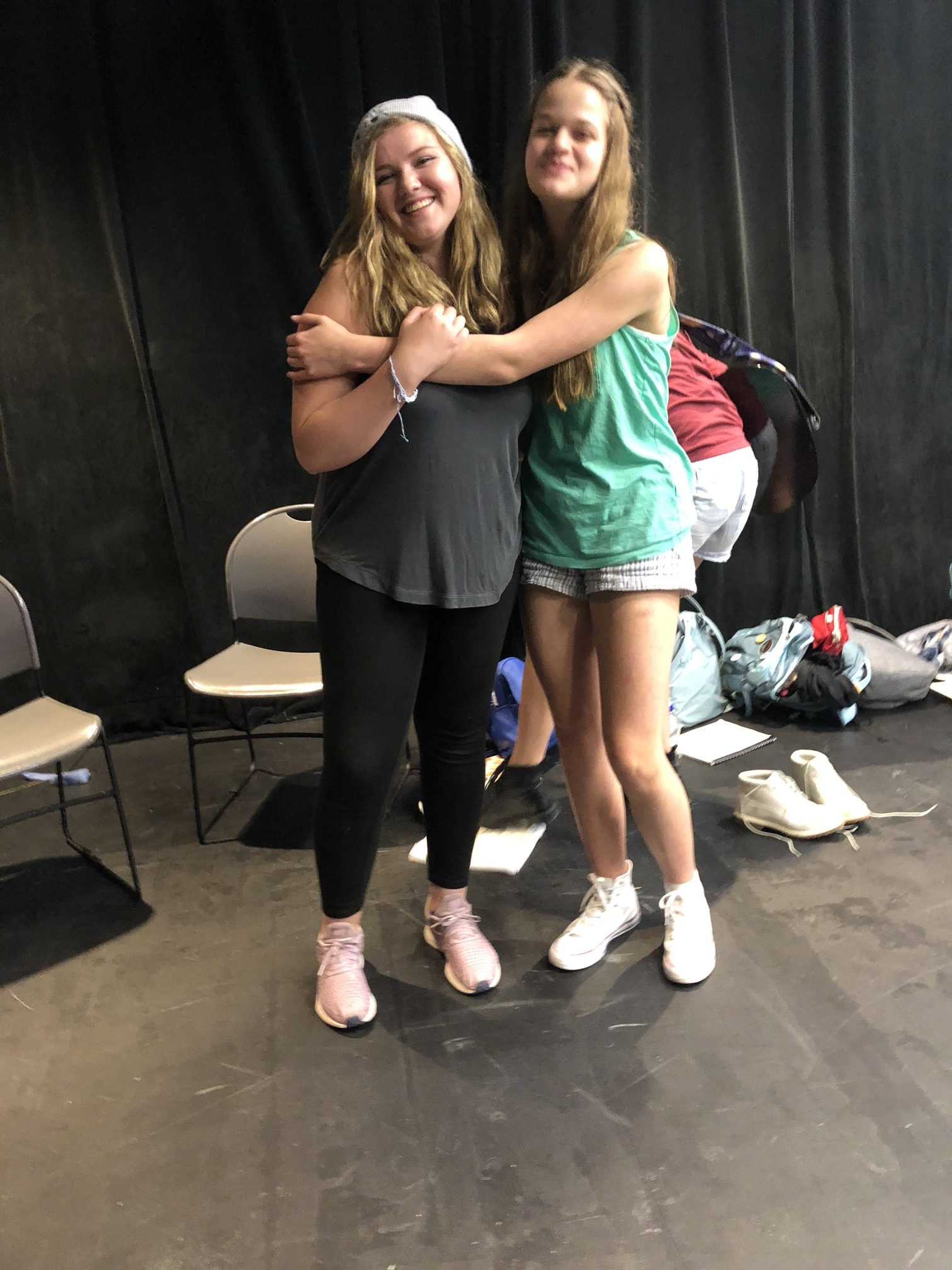