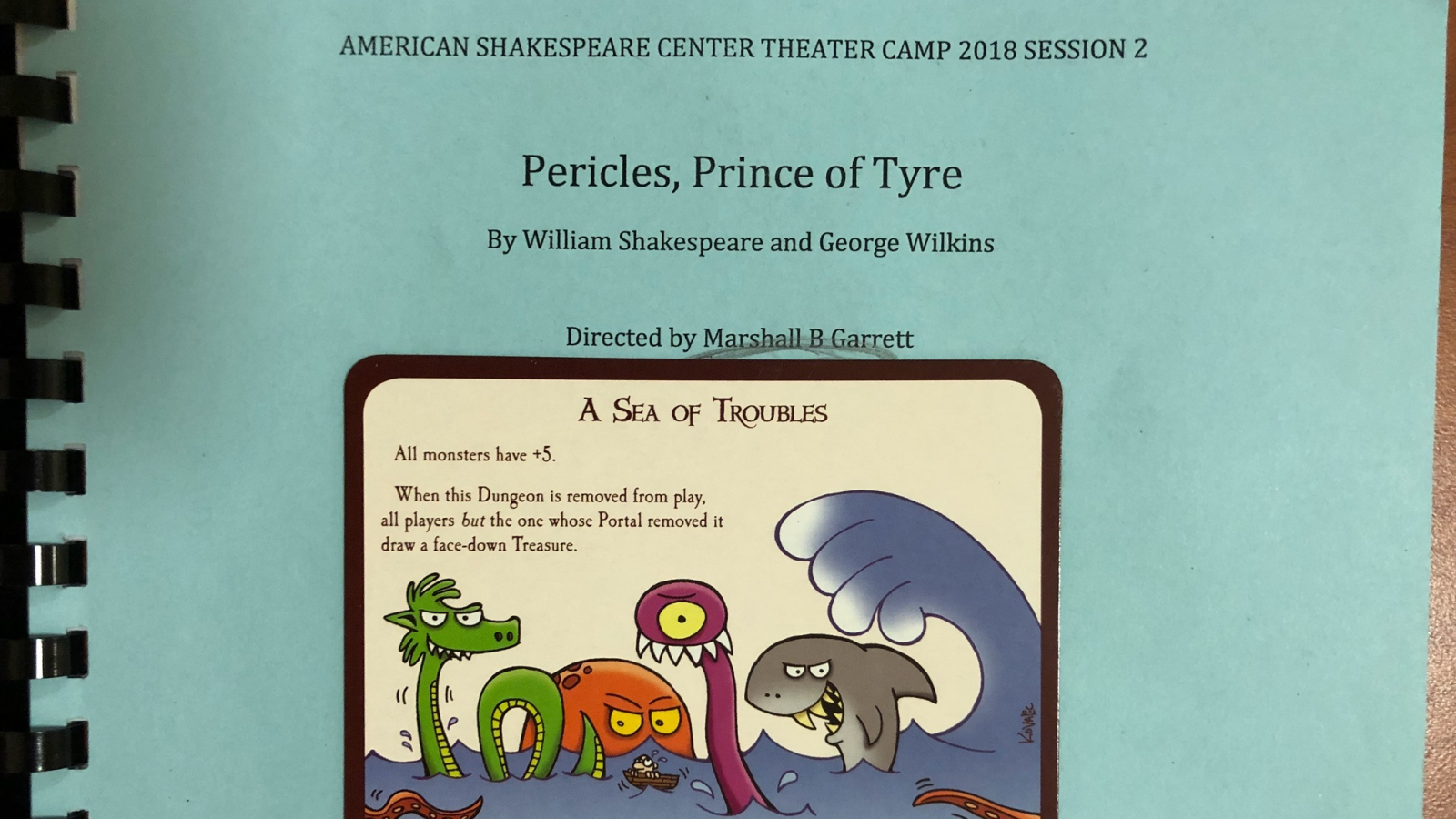 After a moment of connection, the cast each described the music they imagined as their characters theme songs. Oboe for Antiochus? As we continued with text work, we reached the first shipwreck, of which Pericles is the lone survivor. Marshall introduced Foley sounds. The cast built the sounds of the ship and the storm with their bodies and voices.

[The motto of Pericles’ crest of arms, “In this hope we live,” serves almost as a guide for the play, which despite many twists and turns resolves in happiness.]

MARSHALL: The sunlight is part of the scene.

[As we reached the positive city of Pentapolis in today’s text work, the sun came out, beautifully warming the rehearsal space.]

PERICLES: Why do I have to Manet when they could all just Exeunt?!

In Pericles, the world of Ephesus is a deeply spiritual place. Not only is Diana’s temple located there, but Pericles’ wife, who seemingly dies in childbirth and thrown into the see is either revived or resurrected on its coast. While Pericles is not a Greek play, its setting makes the parallel to Greek theater especially powerful. As Marshall explained, Greek theater originated as a prayer, associated with the festival to Dionysus. The actors were the mouthpieces of the gods.