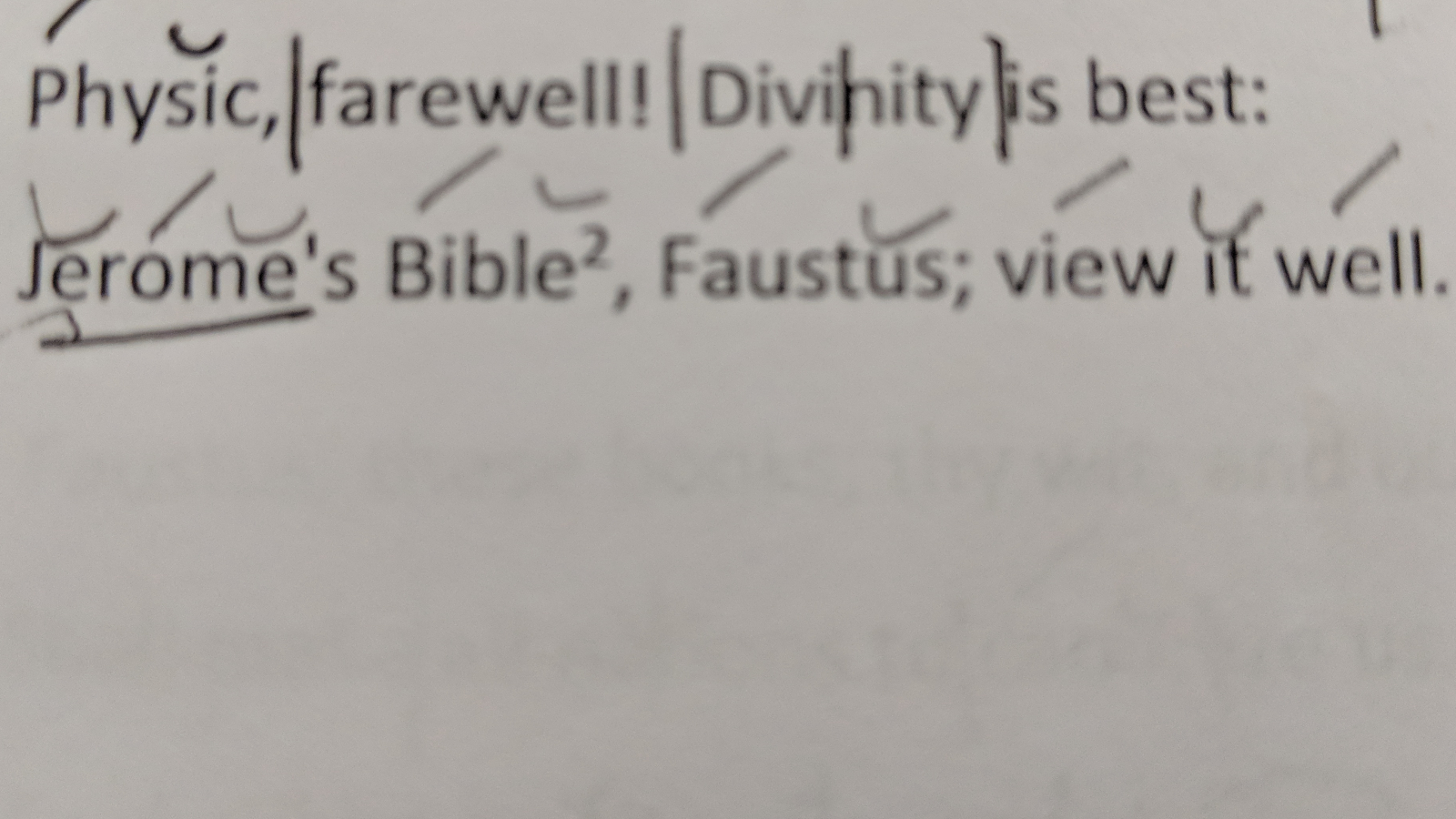 Today, we blocked several of the first scenes while other campers worked with scansion.

Today, we really put our noses to the grind stone. For most people, the kind of work we did to day (Viewpoints, scansion etc.) would be boring. But it can be a lot more exciting than it sounds! This week, we found an interesting pronunciation of “Jerome’s Bible.” According to the meter of the text, it scans “Jer-O-mee’s Bible.” This is a super intriguing insight into early modern pronunciation. It’s things like this that make our work worth it!