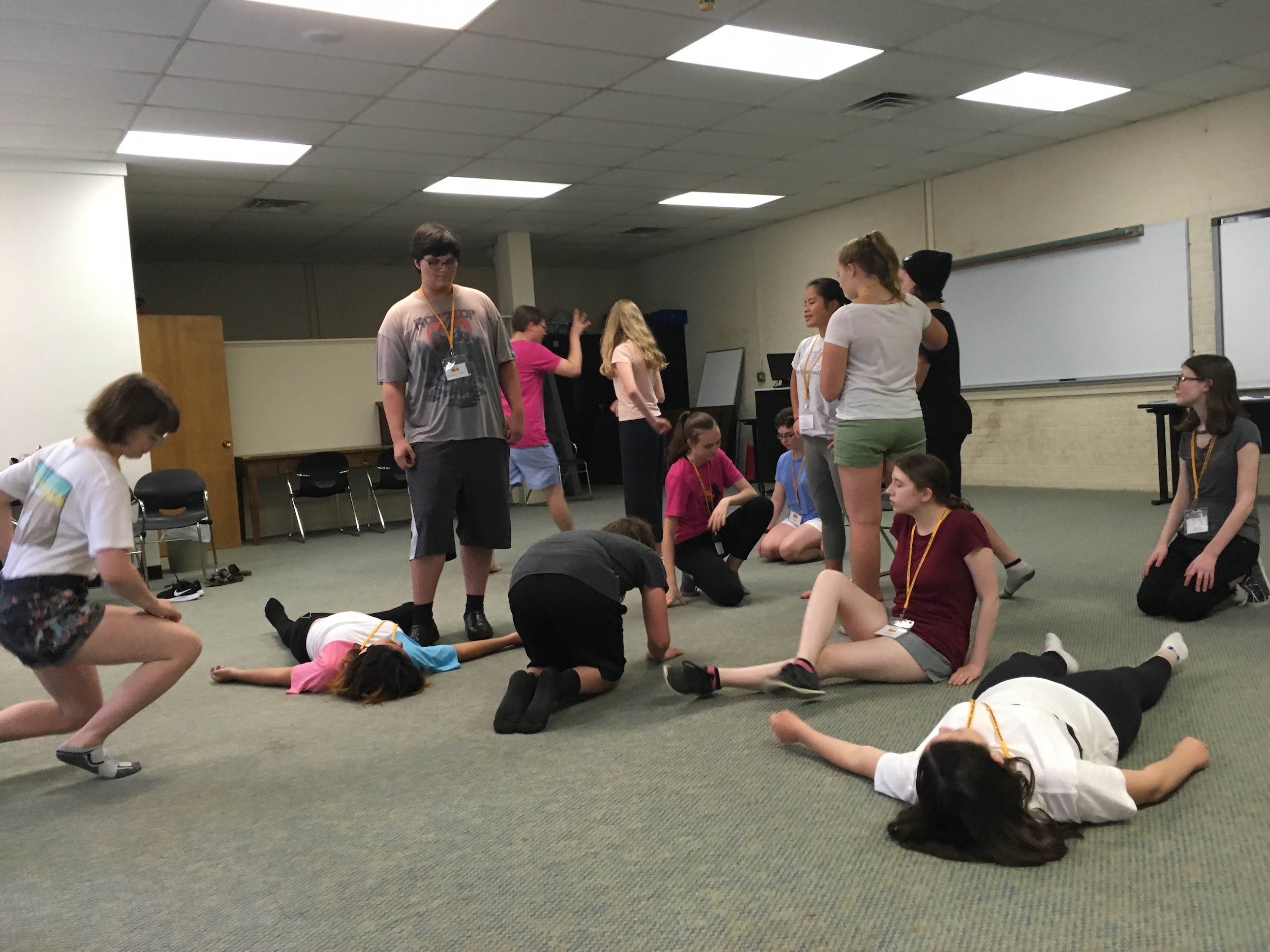 Rehearsal began today with a viewpoints exercises. Marshall led the cast through an exploration of four words: “paradise,” “stink,” “journey,” and “home.” The four words led us into our first text work, digging into the first scenes of the play. As we resolved questions, we started world building by discussing the values of each world (Antioch: “pride,” Tyre: “security”), and then building tableaus of each court with their bodies. The cast dealt with the status of characters and the tone of the place. Tomorrow is lake day, a well earned rest, but on Thursday we’ll dive back into the text and begin working on one of my favorite parts of the show: music.

MARSHALL: To “decide” means to kill every other option. Like fratricide and suicide. I don’t want to kill all our possibilities. Keep playing around!

RDA CHASE: The PeriPeople (cast) just told me they’re all now the PeriClique.

After each scene the we worked through today, the cast created tv-episode names for the sections, including “The Song of Antioch,” “The Answer is Incest,” “Don’t Flatter He’s Mine,” “You’re Not You When You’re Hungry.” 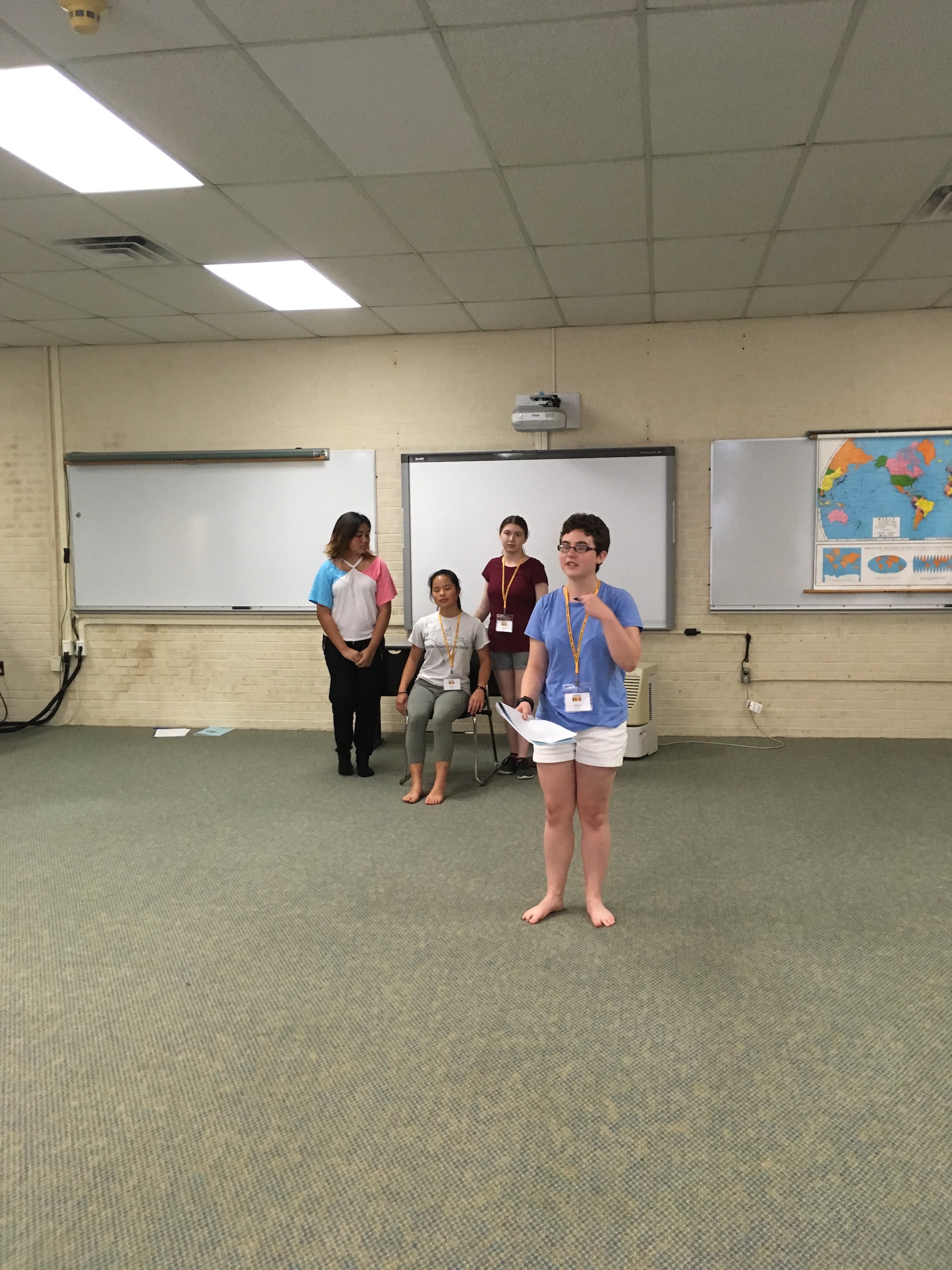 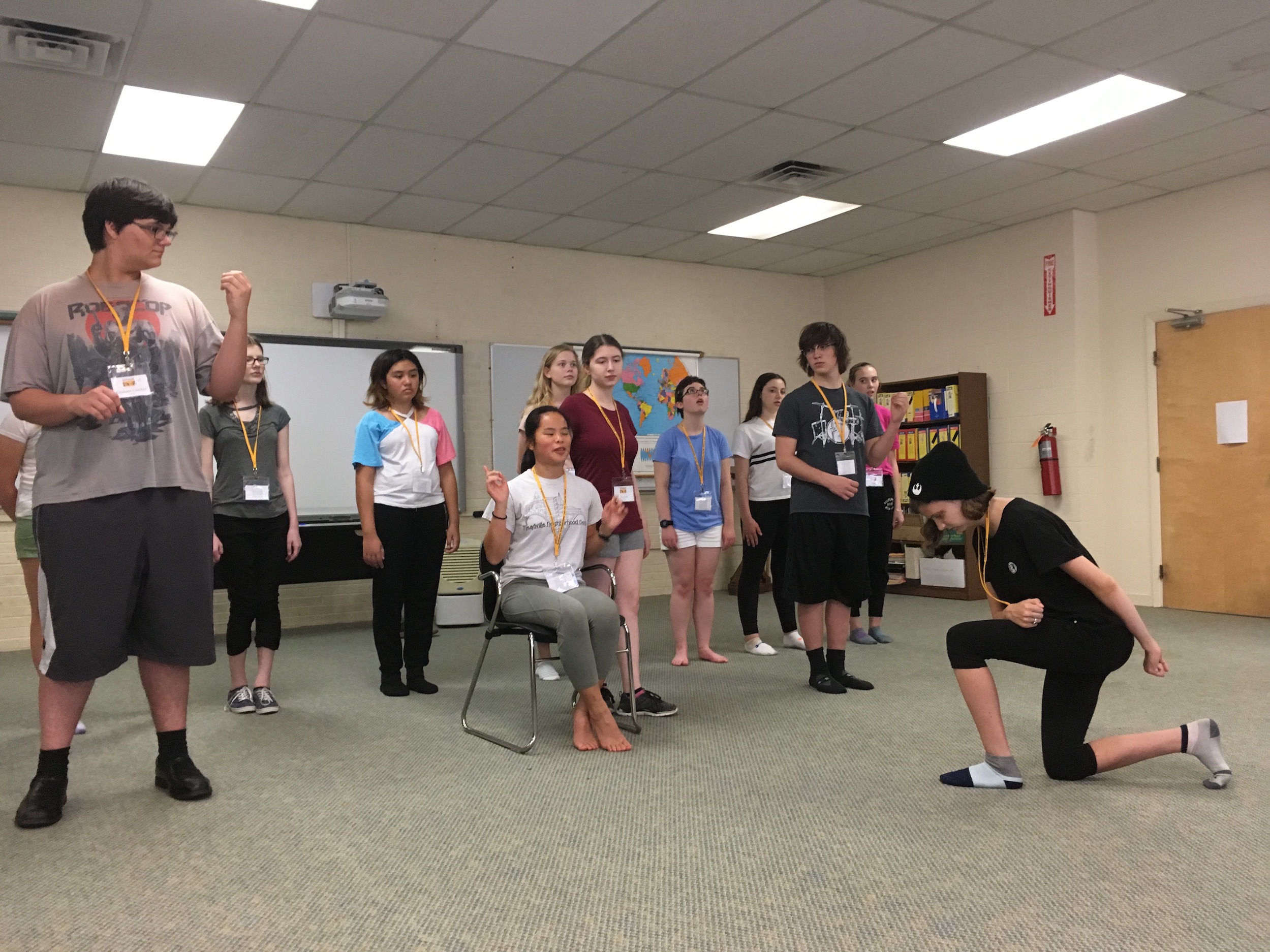