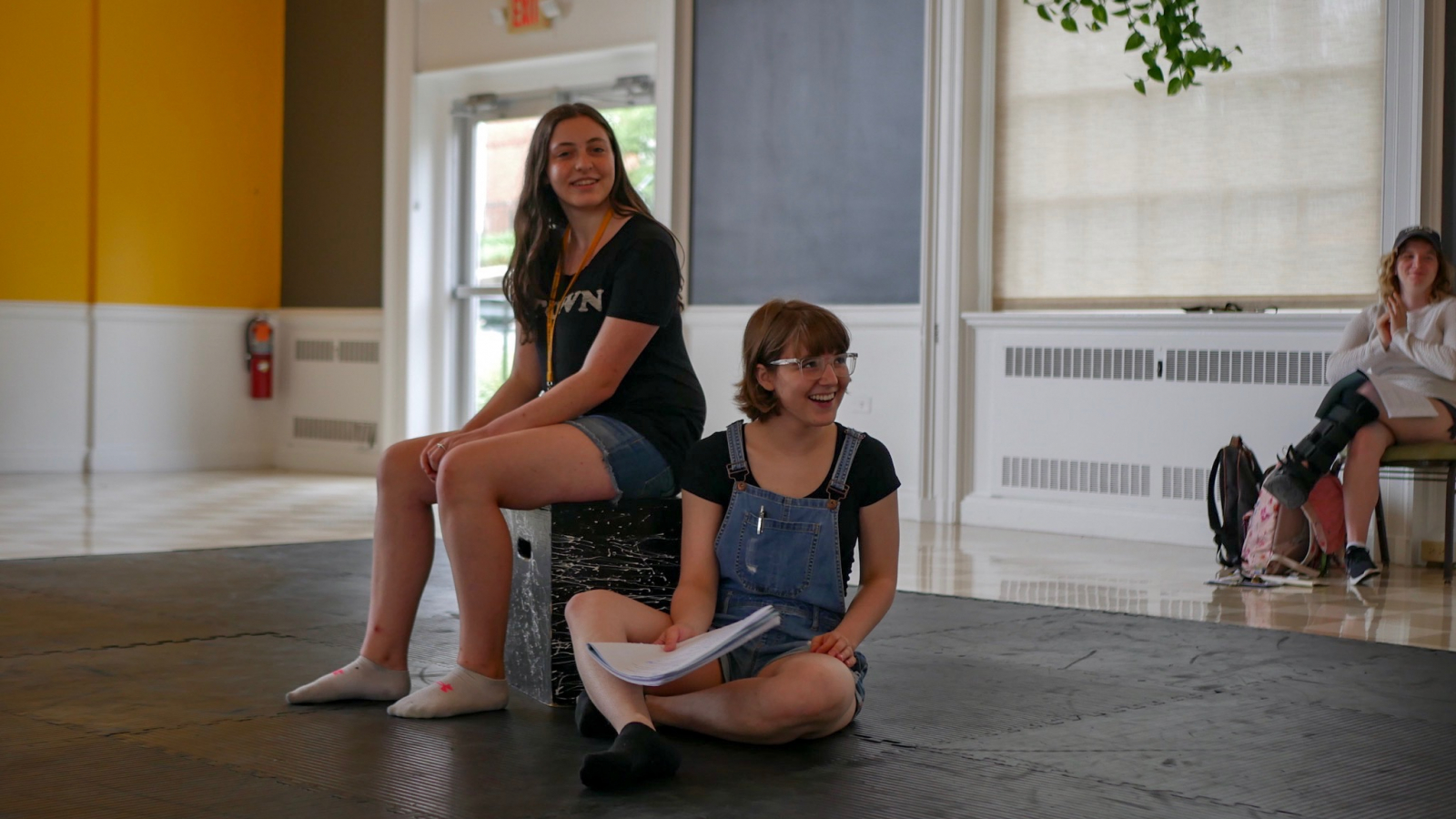 As we continued our work in Pentapolis, where Pericles jousts and meets Thaisa, his future wife, we put the dance we’ve been working on at the beginning of each rehearsal into context. The Peri-Crew continued on through the play, finally reaching the 14 year “gap of time” that divides the play.

ALL: The Mean Knight!

MARSHALL: I love this so much. Let me tell you how much I love it.

MARSHALL: People need to understand why you’re going to have a beard in the next scene.

RDA CHASE: [body-doubling for cast-member Graham as Symonides] I’m the mom that runs the prom!

Pericles is threatened in two parallel scenes. First, King Antiochus’s riddle reveals his incest to Pericles, who cannot reveal the answer or seem ignorant without putting himself in danger. Later, Pericles believes he is being put in a similar situation by King Symonides. The audience is let in on Symonides’ jest, but Pericles reacts the same way, speaking around his intent to avoid confrontation. He reacts to Antiochus’ riddle by saying, “Few love to hear the sins they love to act, T’would braid yourself too near for me to tell it.” Later, using the same approach, he mitigates his retort to Symonides, “Even in his throat, unless it be the king, That calls me traitor, I return the lie.” Has Pericles grown?