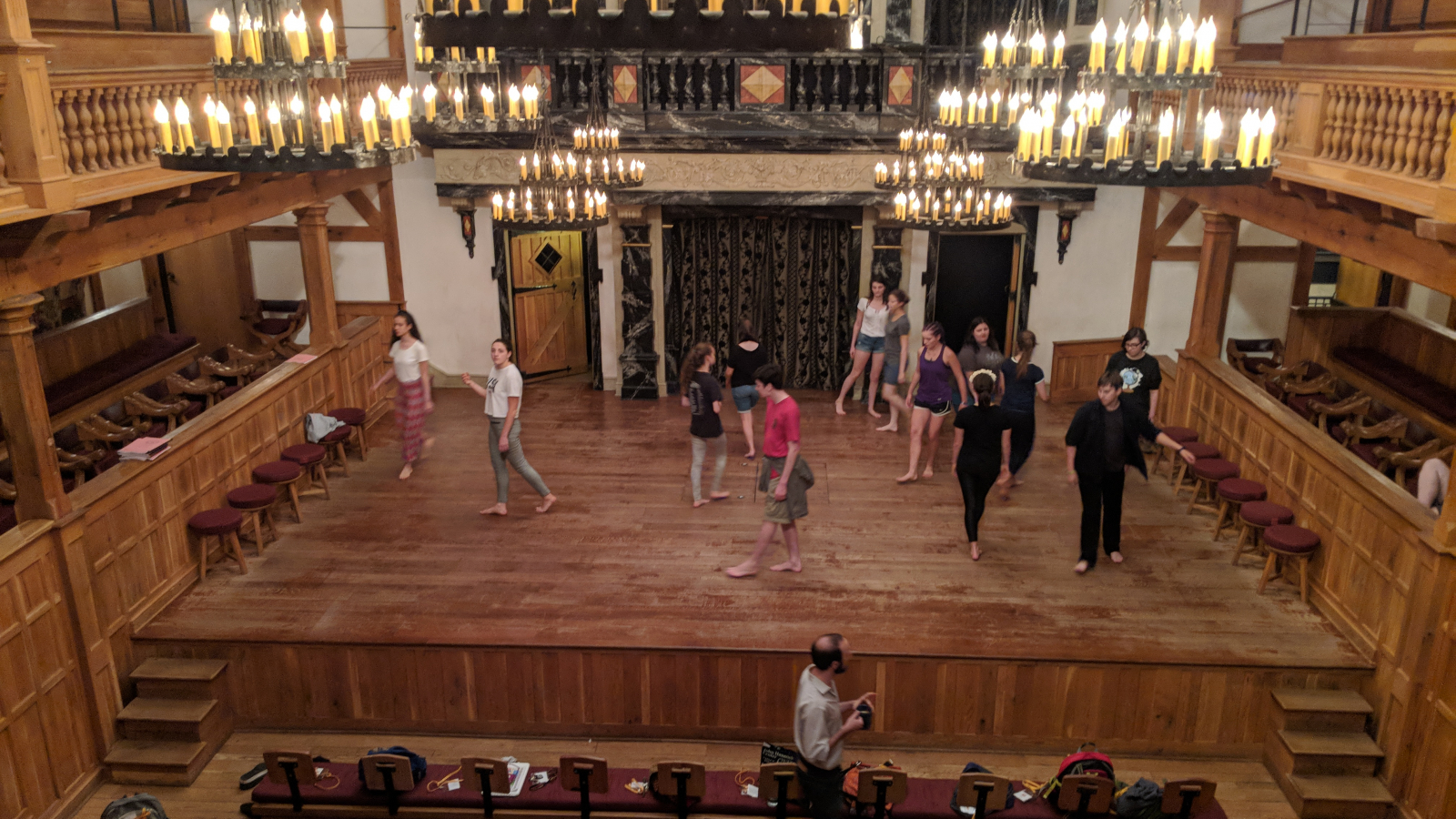 “Settle thy studies, Faustus, and begin.” -Faustus, Faustus Scene I

“We have three weeks to put twenty-four years on stage– and we’re going to kill it!” -Matt Minnicino, Director

“We’re all creepy in our own way, and that’s what makes us special!” -Anonymous Camper

Day one of Faustus! Today, all the campers were cast in shows (after what seemed like an eternity!) and the luckiest bunch were cast in Dr. Faustus by Christopher Marlowe. After wolfing down dinner, the Faustus cast joined director Matt Minnicino on the Blackfriars stage to read the show– except, we didn’t. Instead, we used the time to explore Viewpoints, a physical language created to help actors create movement. Everyone worked very hard, and most of us can already see an ensemble forming! Tomorrow, the campers will have read the play on their own and come back with thoughts and questions. We have more precious time on the stage tomorrow, so campers will be able to try out their new characters on the stage right off the bat!

I have purposefully left the cast list off of this post. I will post the full list tomorrow, but I have encouraged campers to write home about their roles. As for me, I have a long day ahead of me, so I’m going to get some sleep– but if the director asks, I’m making him a props list! 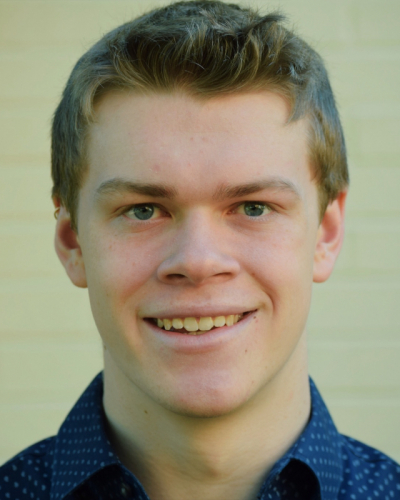 Gil Mitchell was raised in Winston-Salem NC. In addition to theatre, he is a student of many performing arts, including classical ballet and stage combat. He is currently attending Mary Baldwin University with the intent to graduate with a BA in Shakespeare and Historical Arms, and then complete his M.Litt in Shakespeare and Performance. In his free time, Gil enjoys baking.