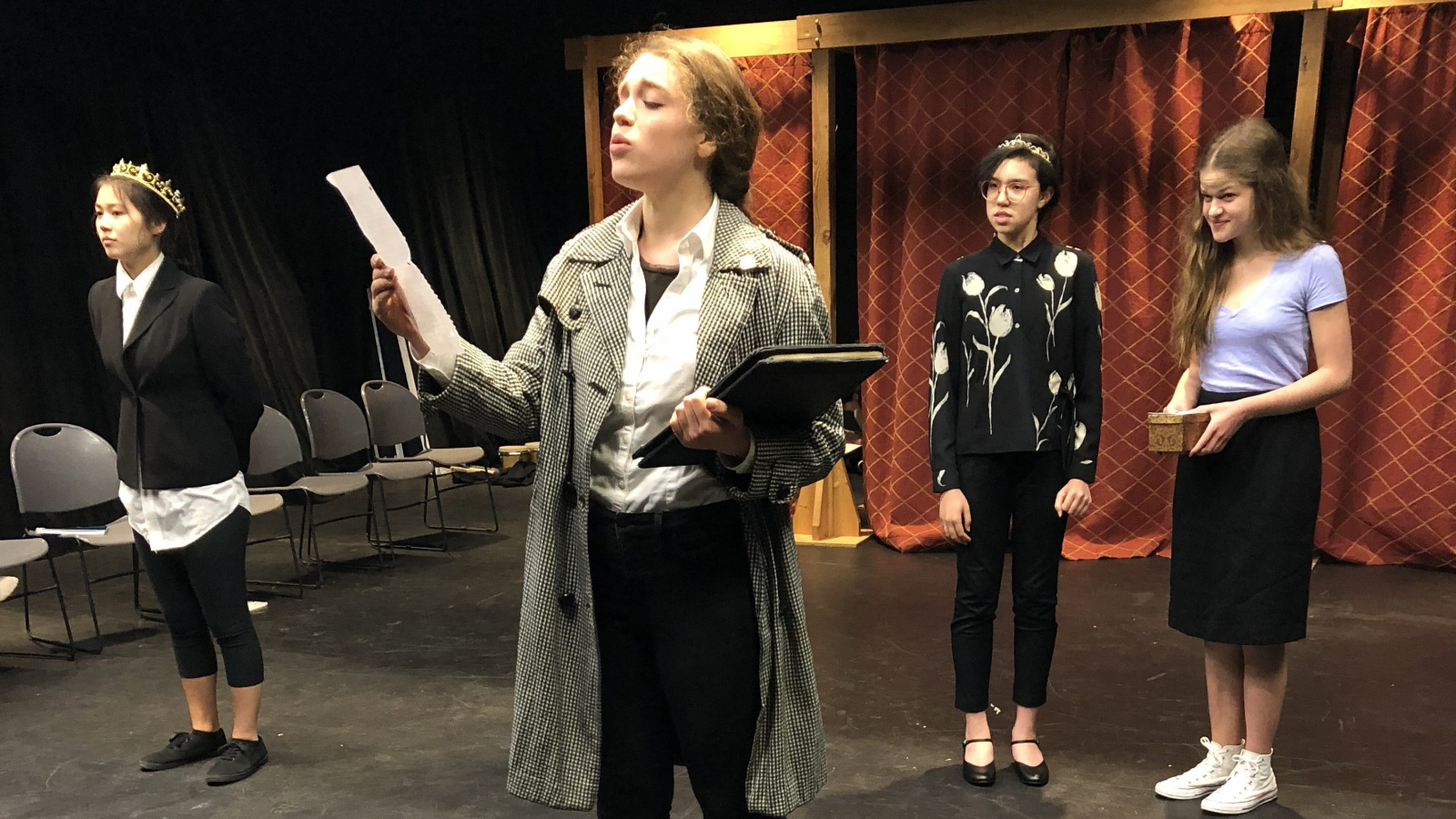 Today’s rehearsal began with a costume parade. While not pictured below, there are 8 pairs of suspenders in use during the show. The cast then ran a fight and song call. Emily stopped and started a run of about 3/4 of the show.

From the Play: “The play’s the thing, Wherein I’ll catch the conscience of the king.”

In many ways Hamlet is like a mystery. Hamlet has to confirm that his uncle did actually kill his father before he takes action. There are many questions and problems that various characters attempt to solve.

From the Director: “Assume that if I don’t give a note, it works. I can’t always spend time telling you guys how great you are. You should just know that I love you all.”

Emily on her note giving process. Her notes are often just for problem solving as opposed to affirming (though she does often express her pride of the cast, outside of notes).

From the Cast: “Since I got these shoulder pads.”

Sam explaining why making a knap (the noise that actors make in stage combat to heighten the illusion of fighting) is harder now that she is in her costume.

The visual theme for Q1 Hamlet is film noir. We have trench coats, we have black and white, perhaps a fedora, but most importantly, we have suspenders. Today, introducing costumes into the rehearsal space, the world of our play was more spelled out. Film noir is a world of intensity, mystery, and suspense. While our Q1 world plays on these tropes, we also implore the cast to find the silly, happy, and lighthearted moments in the play.

Getting to work in costume can make a huge difference for an actor. Sometimes it’s hard to believe one is a king in leggings and a sweatshirt. It’ll be interesting to see what shifts into place in the next few days with this added layer. 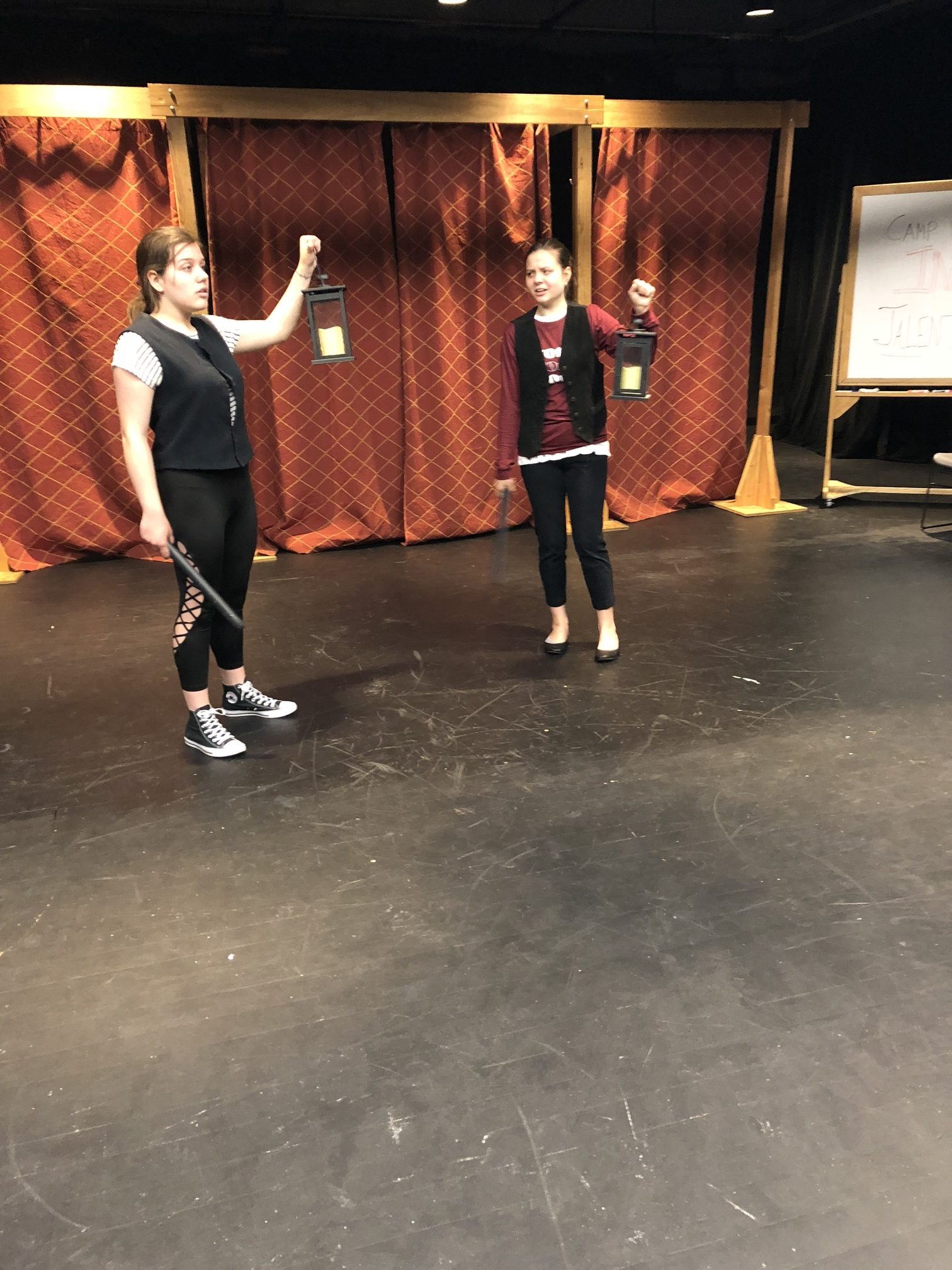 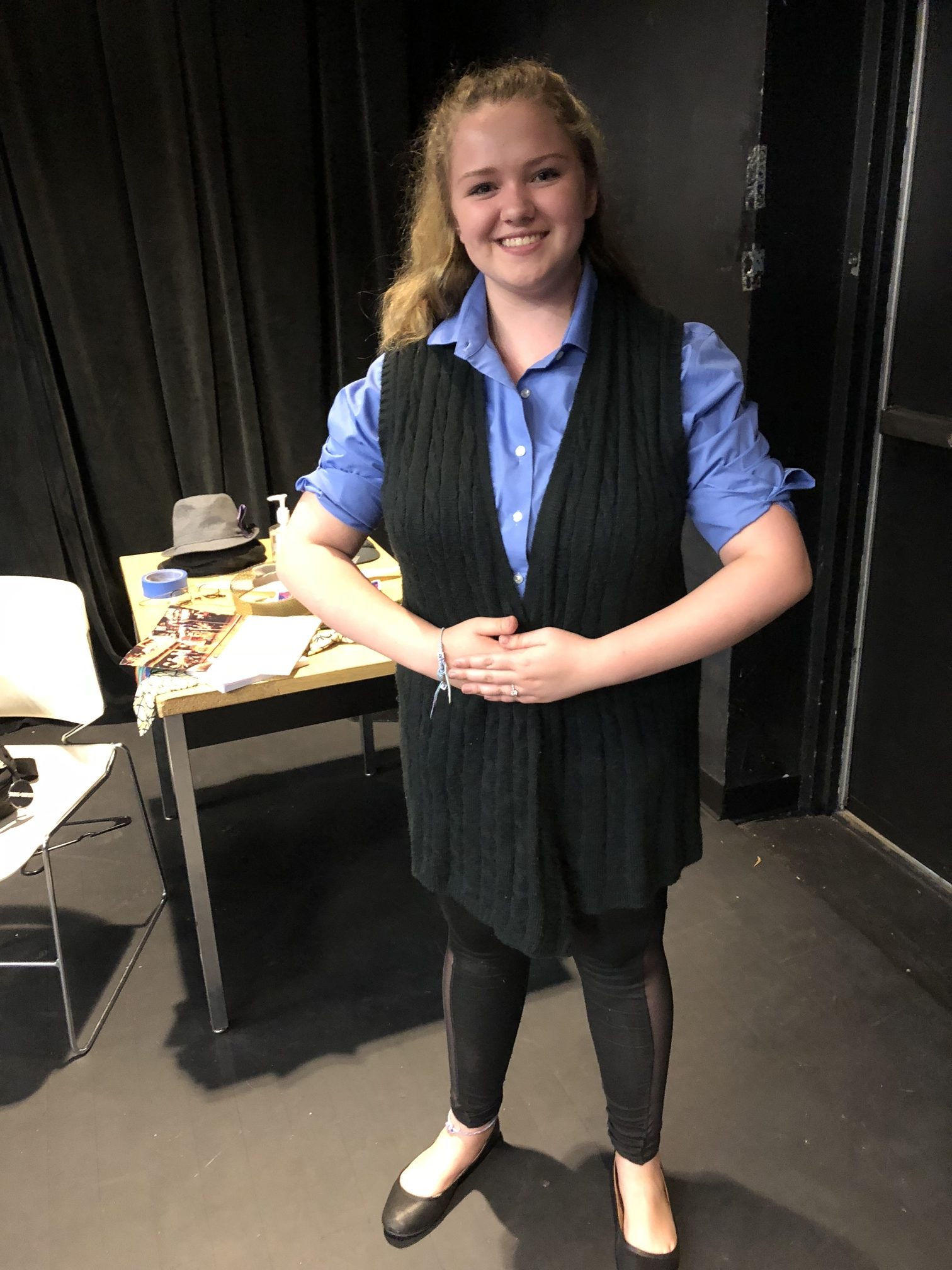 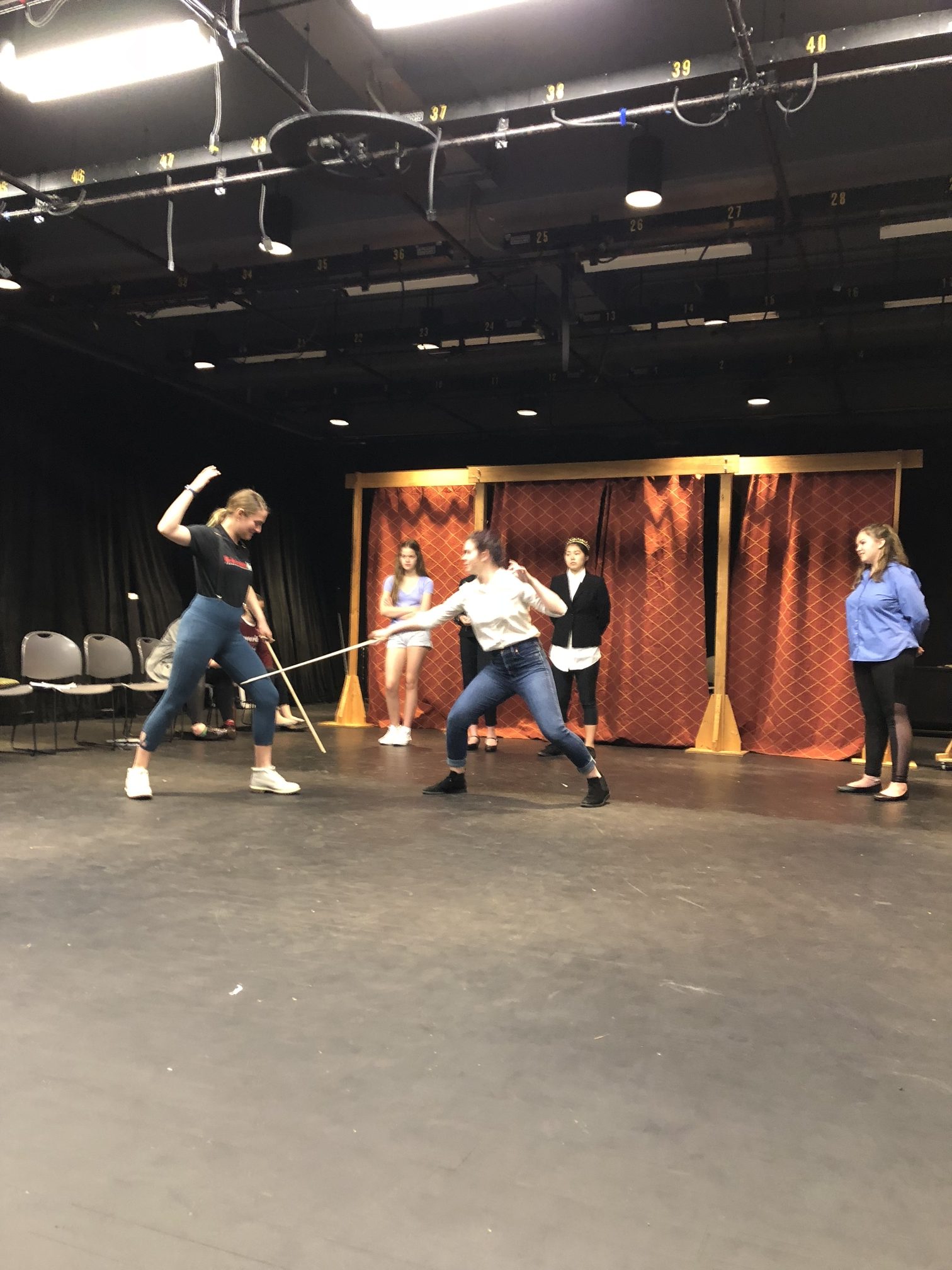 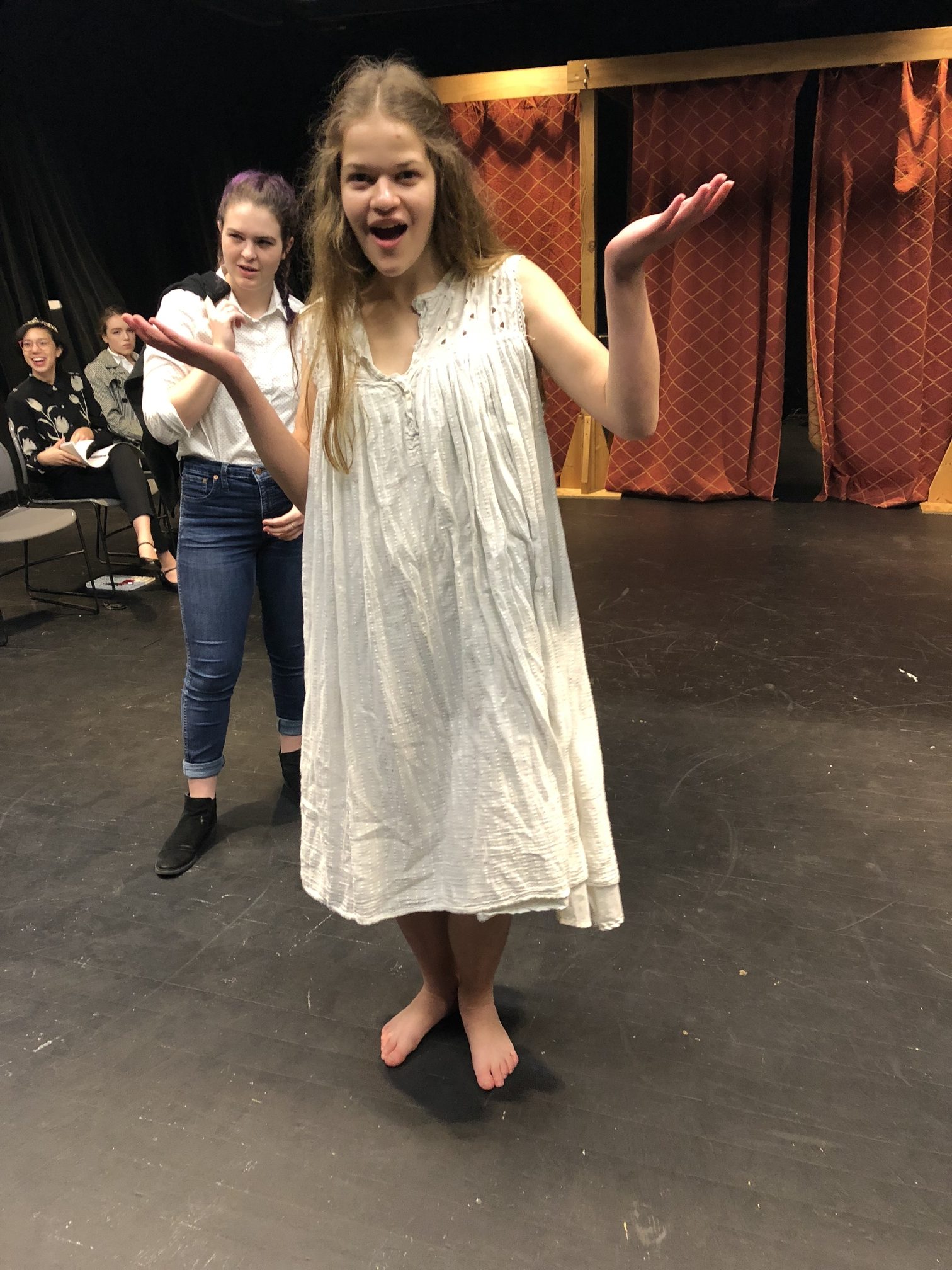 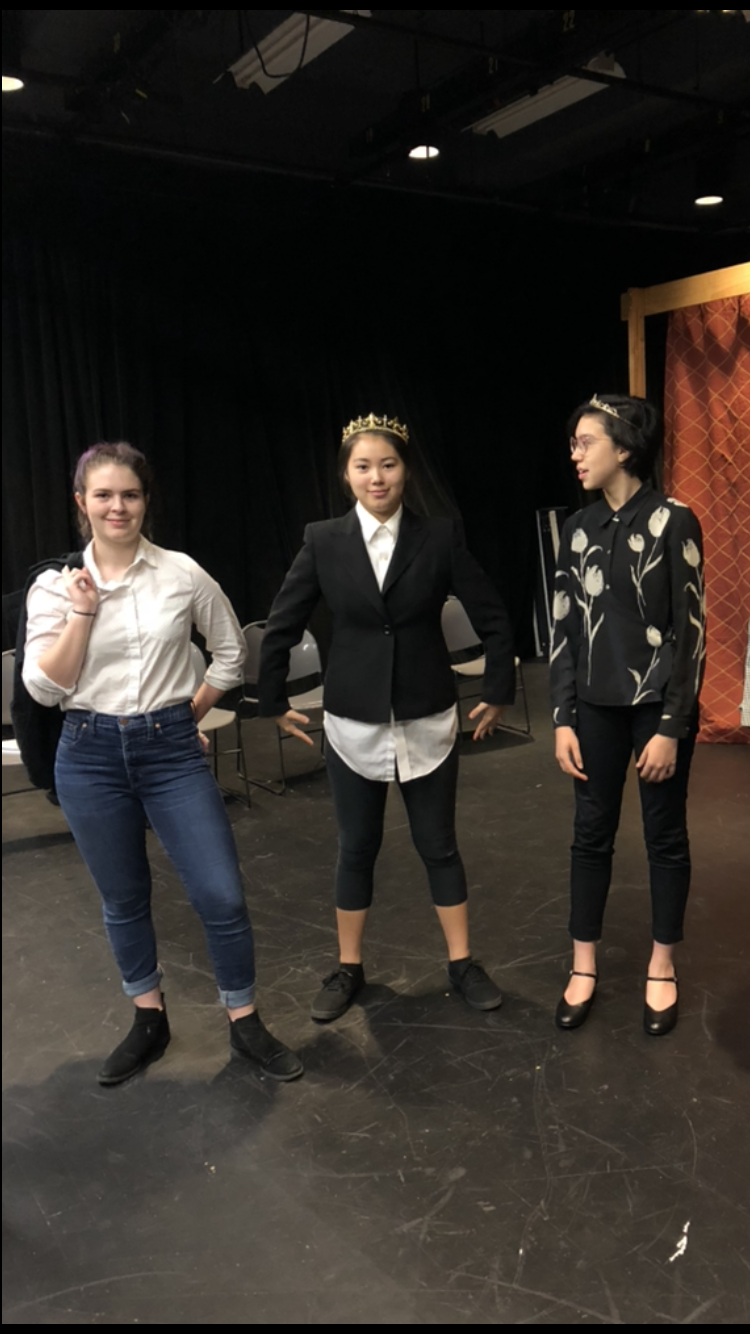