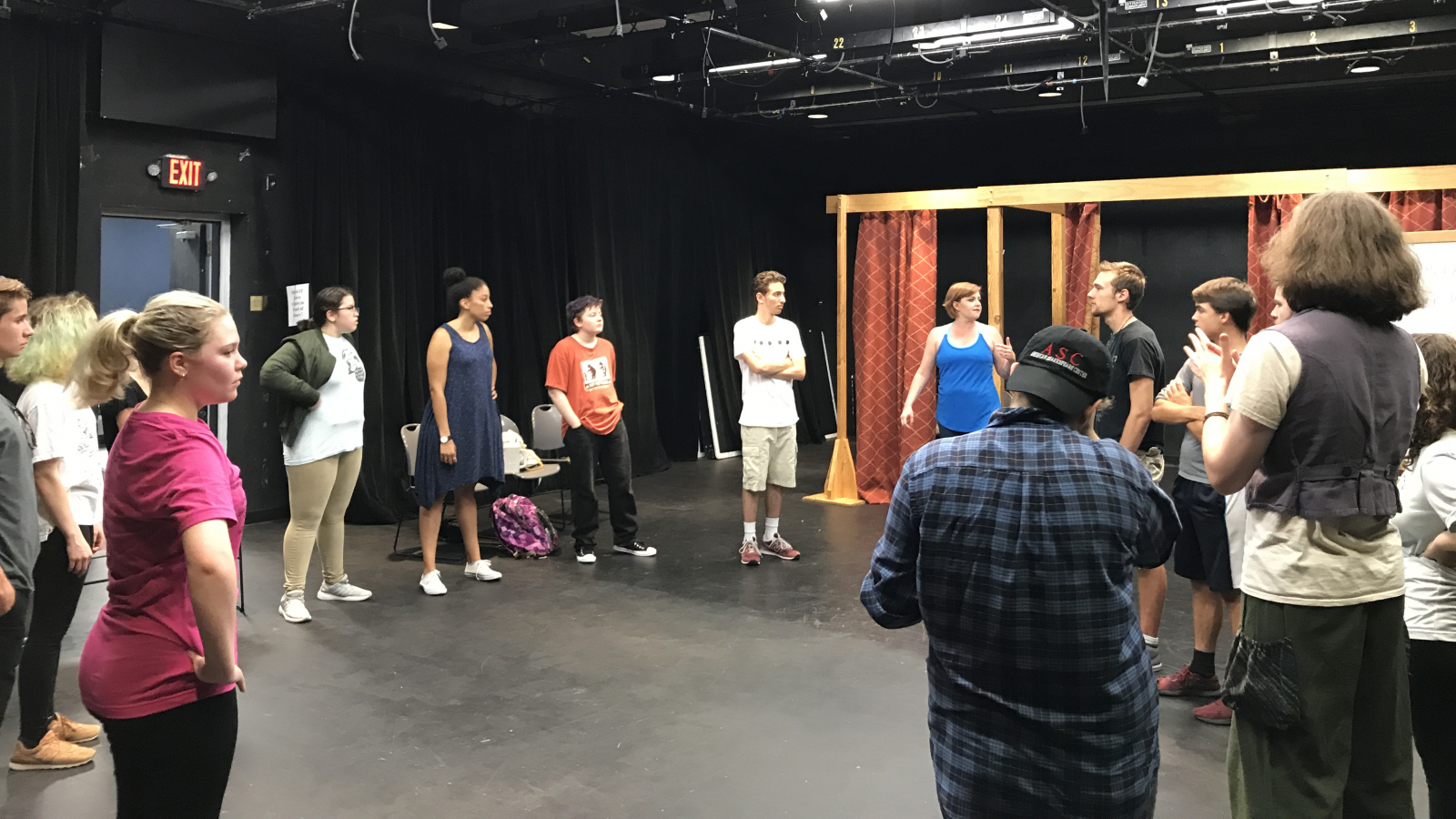 What we did: Today we began rehearsal with a warm-up called Whoosh Woah, which works on energy, eye contact and communication. It’s also just fun and a good way to loosen up before working. Once we had warmed up we began blocking Act 1 and completed five scenes. We then ran those five scenes through to get a feel for the blocking. After that, RDA’s Riley and Alexandra sat down with the cast and began working on the last song in the show that everyone will be a part of.

Production Insights: I was really impressed with how focused everyone was from the get-go today when it came to blocking. When people weren’t up working with Emily, they were in the other room with Alexandra doing text work or they were sitting quietly watching the blocking process and doing text work on their own. Their focus allowed us to move way more quickly through blocking scenes which means we can actually block faster than we were anticipating. I was also struck by the energy and feeling some of our cast was able to put into their lines, even though this was only the second rehearsal.

Our RDA Riley arranged the music for Feste’s songs (using Shakespeare’s lyrics) one of which we began working on today. The cast blended lovely and Darrow and Austin added in their respective instruments. 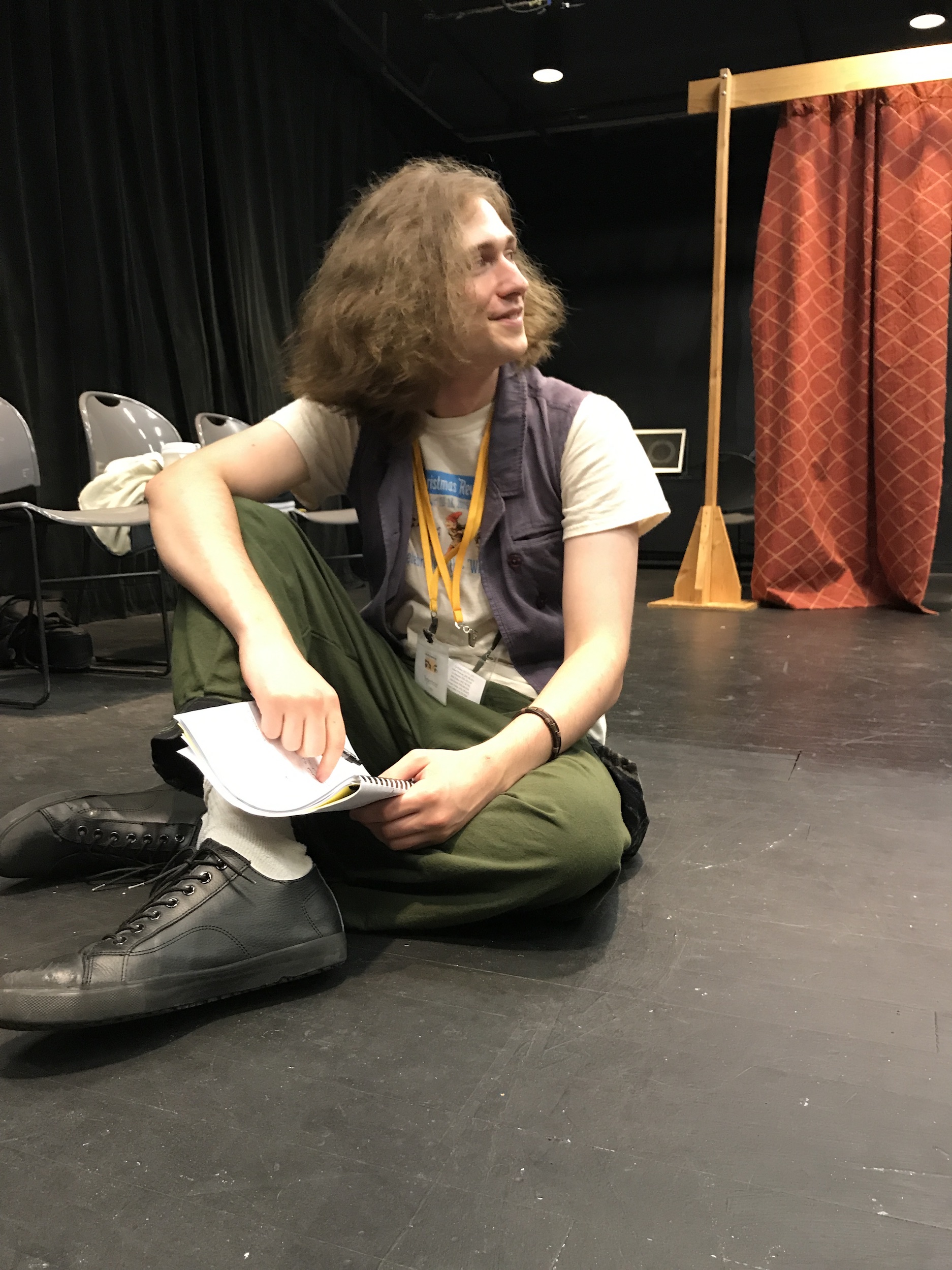 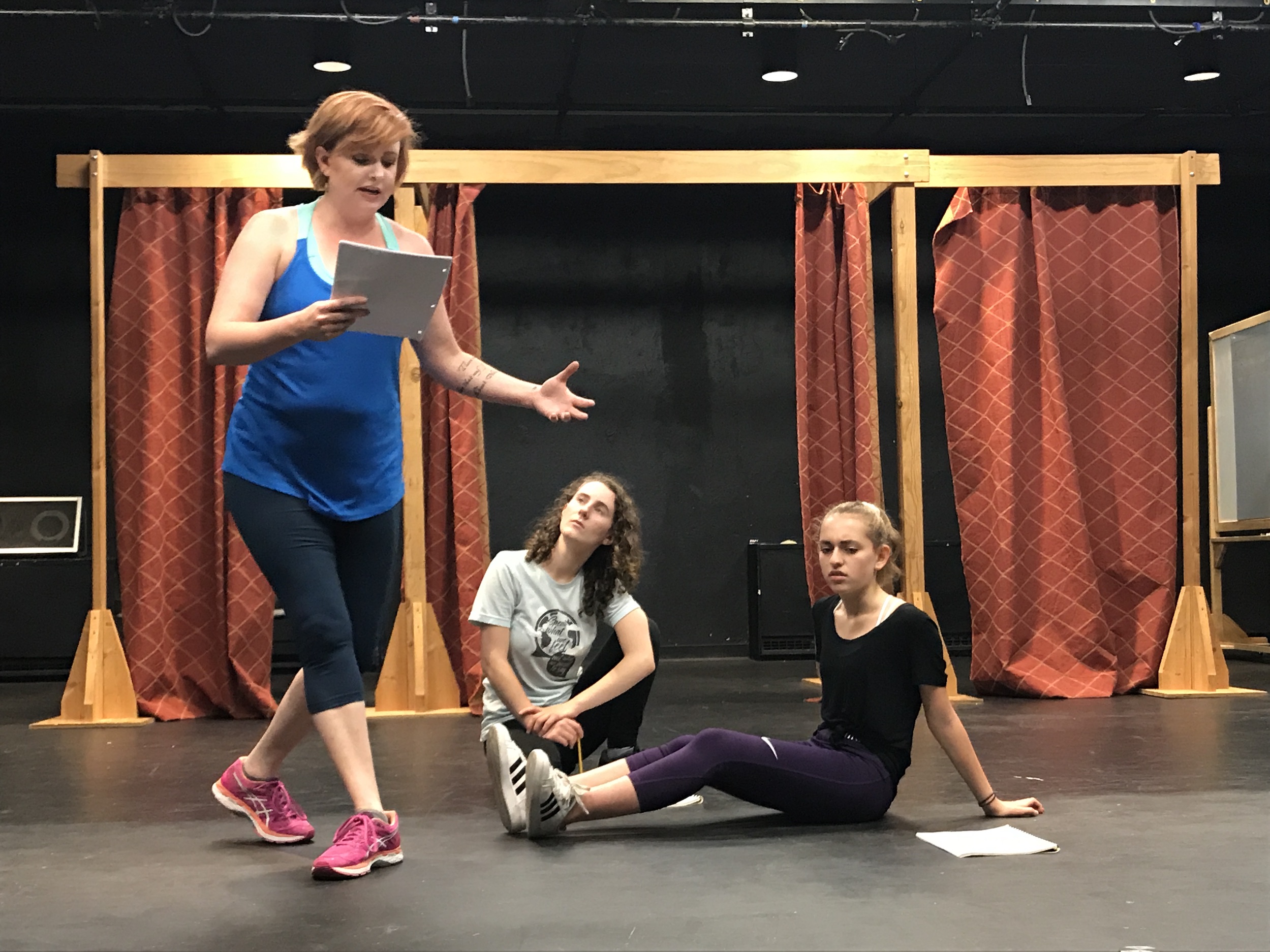 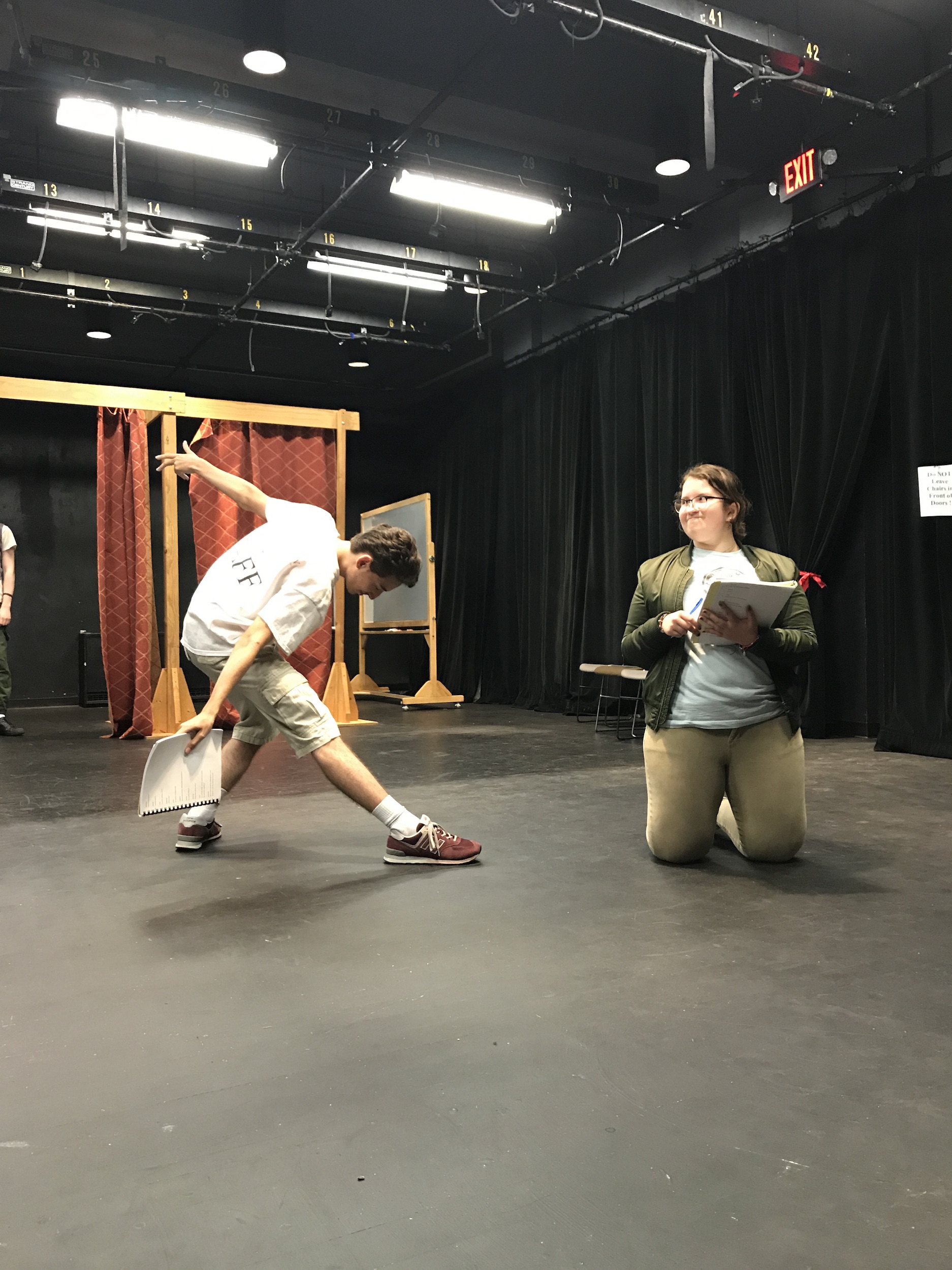 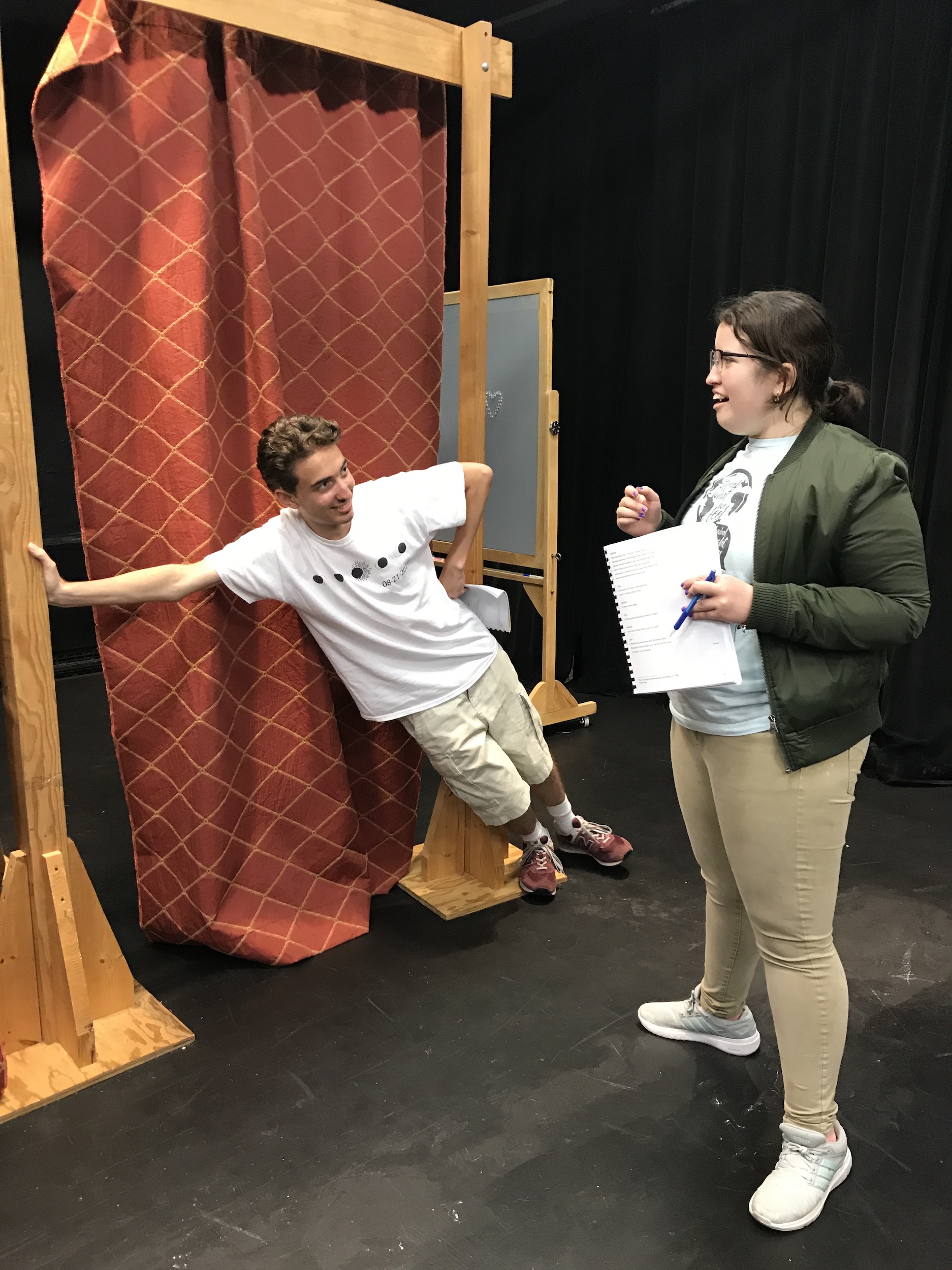 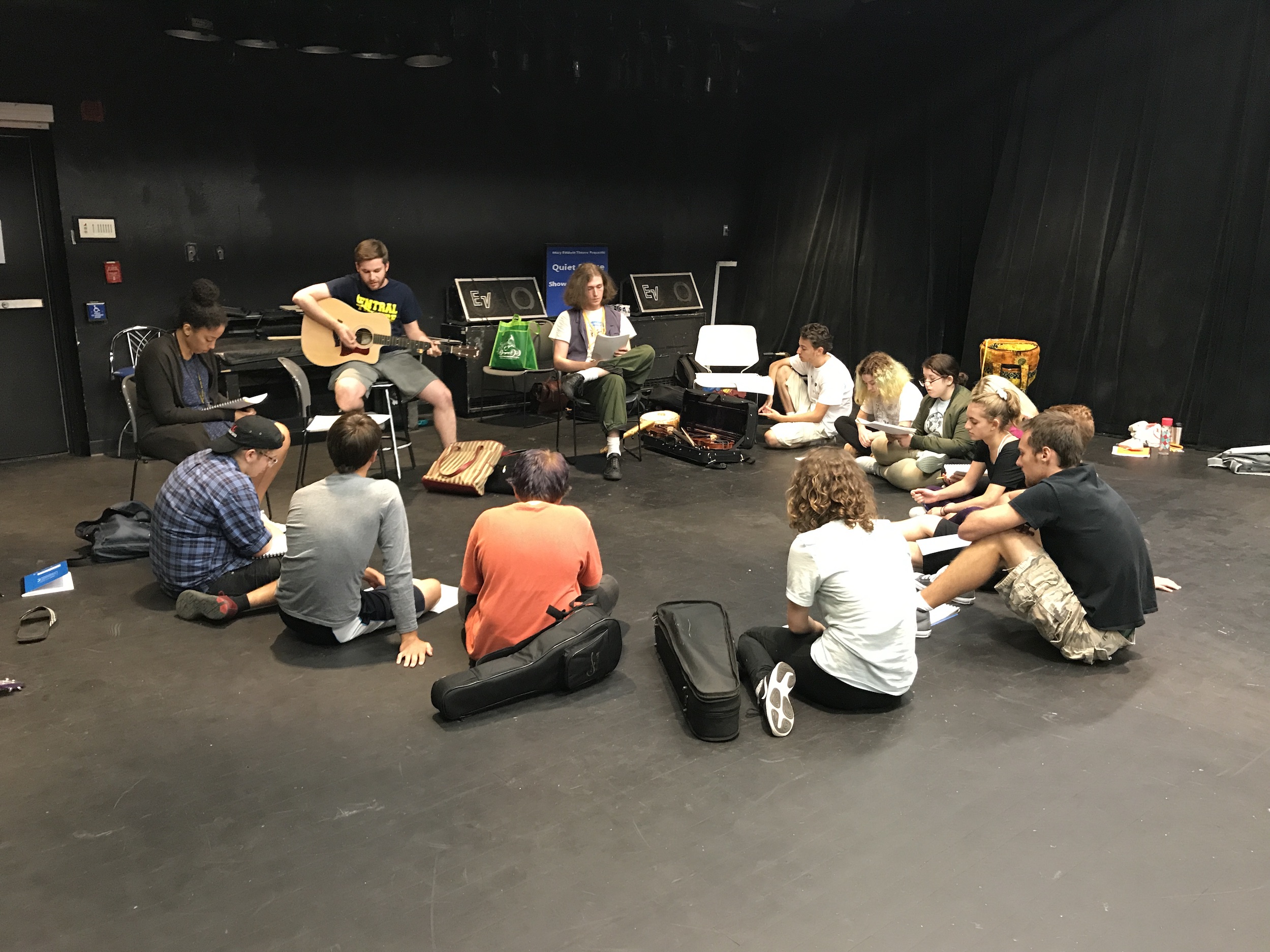 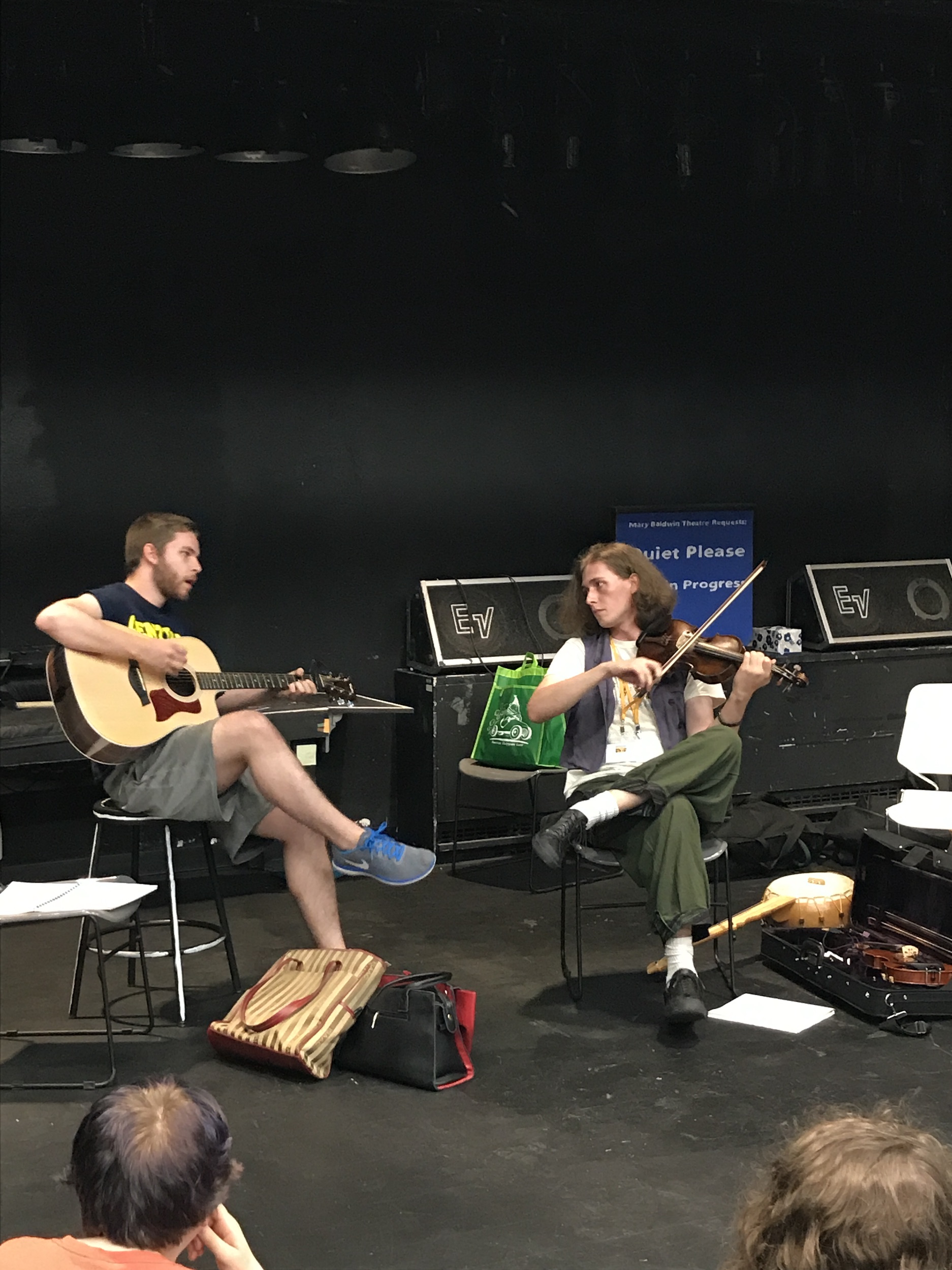 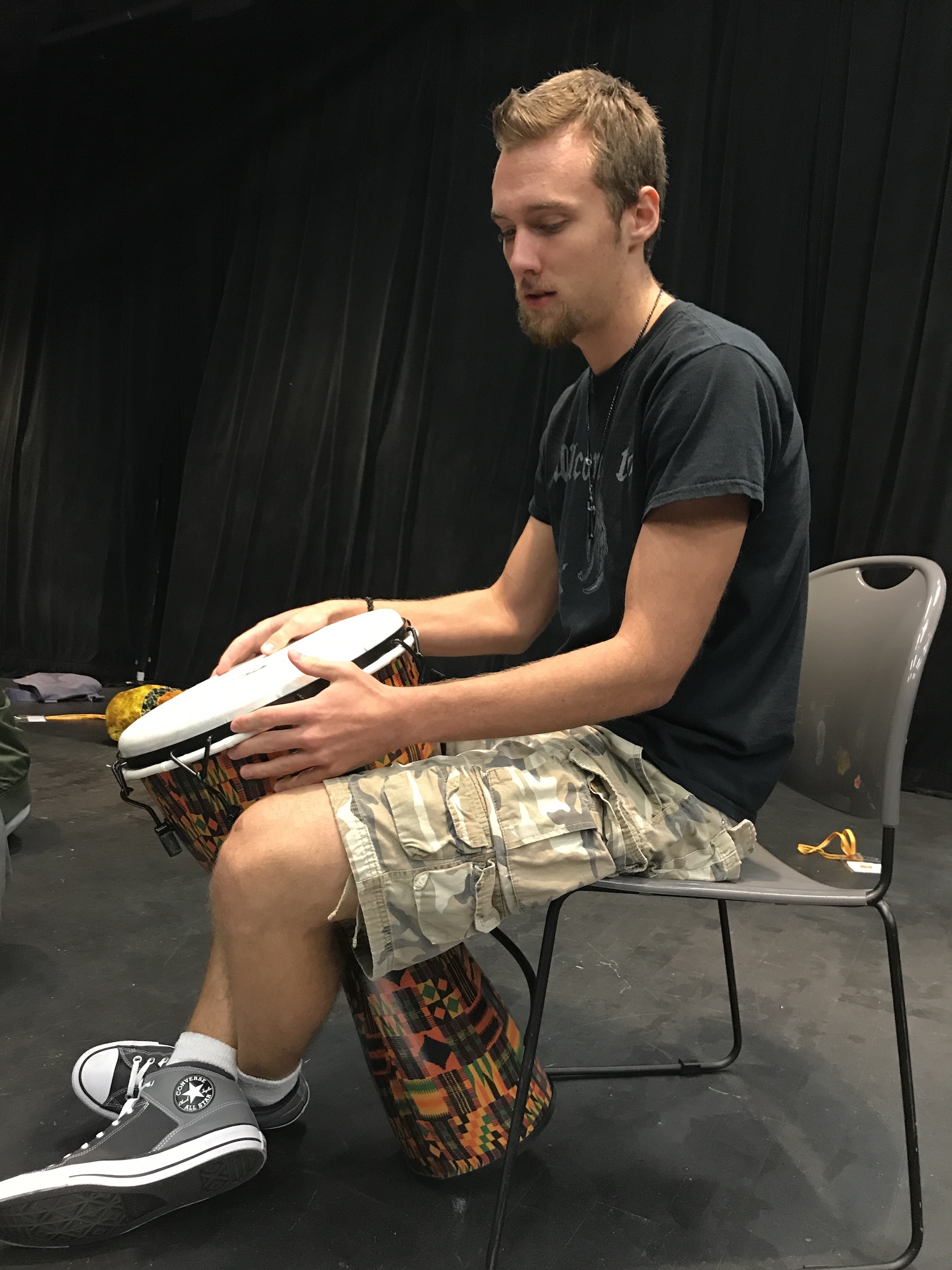 Austin breaking out the djembe