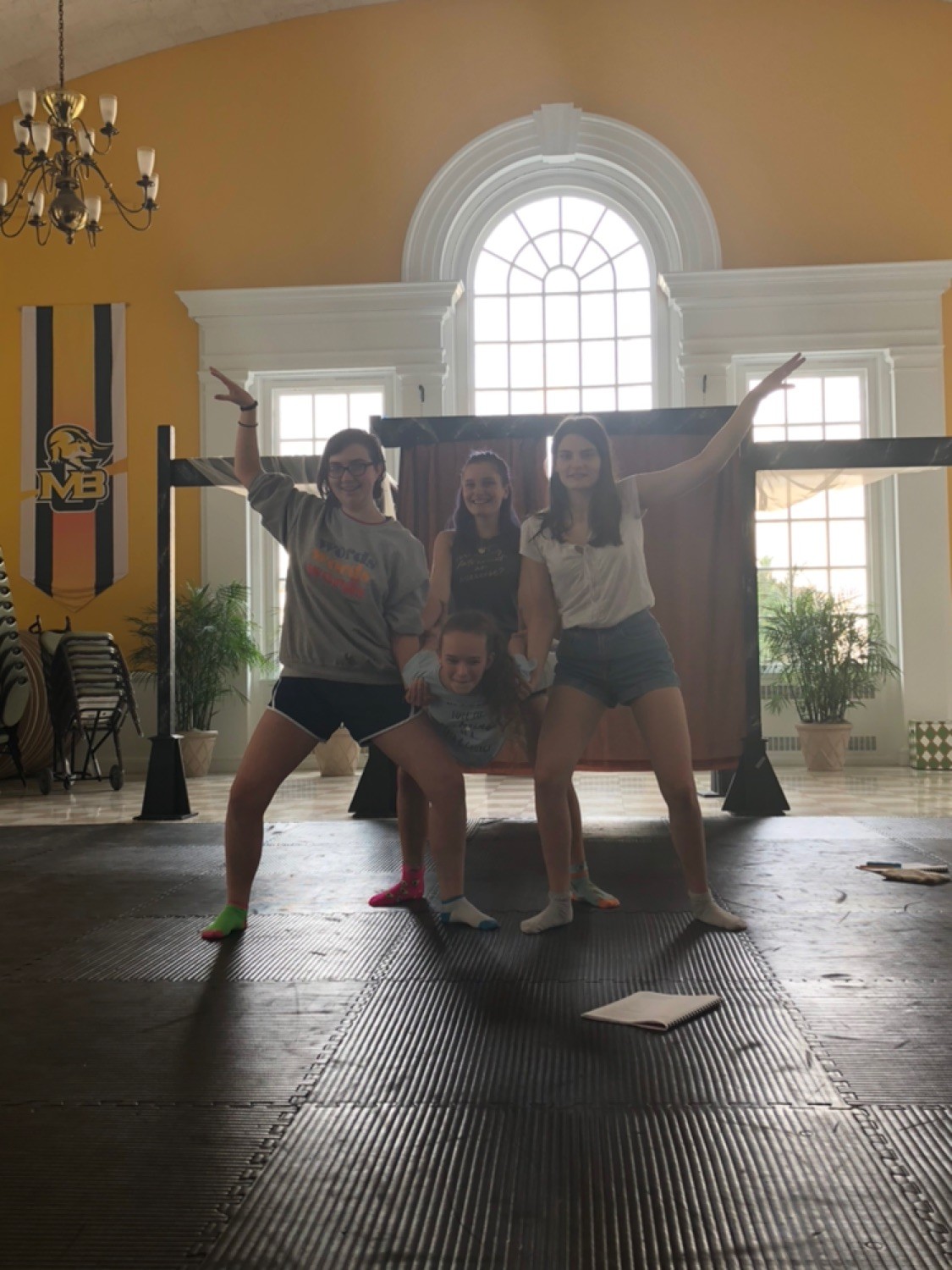 Today, we worked the big Pope scene with everyone

“This is the goodly palace of the Pope.” -Mephistophilis, Faustus line 359

“Today, we’ll be in the middle of some Papal hijinks.” -Matt Minnicino

“Can I play dumpy Pope music?! I have a trombone!” -Lily, our Evil Angel

Today we worked on putting together some group scenes, specifically one with the Pope. Faustus was written in a time when the Church of England prosecuted and killed Catholics. As a consequence, it depicts the Papacy as a corrupt and clownish organisation. Faustus turns himself invisible, and steals the Pope’s wine, as well as messing with some friars. Some sources speculate that Christopher Marlowe was actually Catholic, and so that lends an extra layer to these scenes: does Marlowe criticise the church because he’s an atheist, or does he do it to appear more sympathetic to the Church of England? Either way, the result is hilarious!