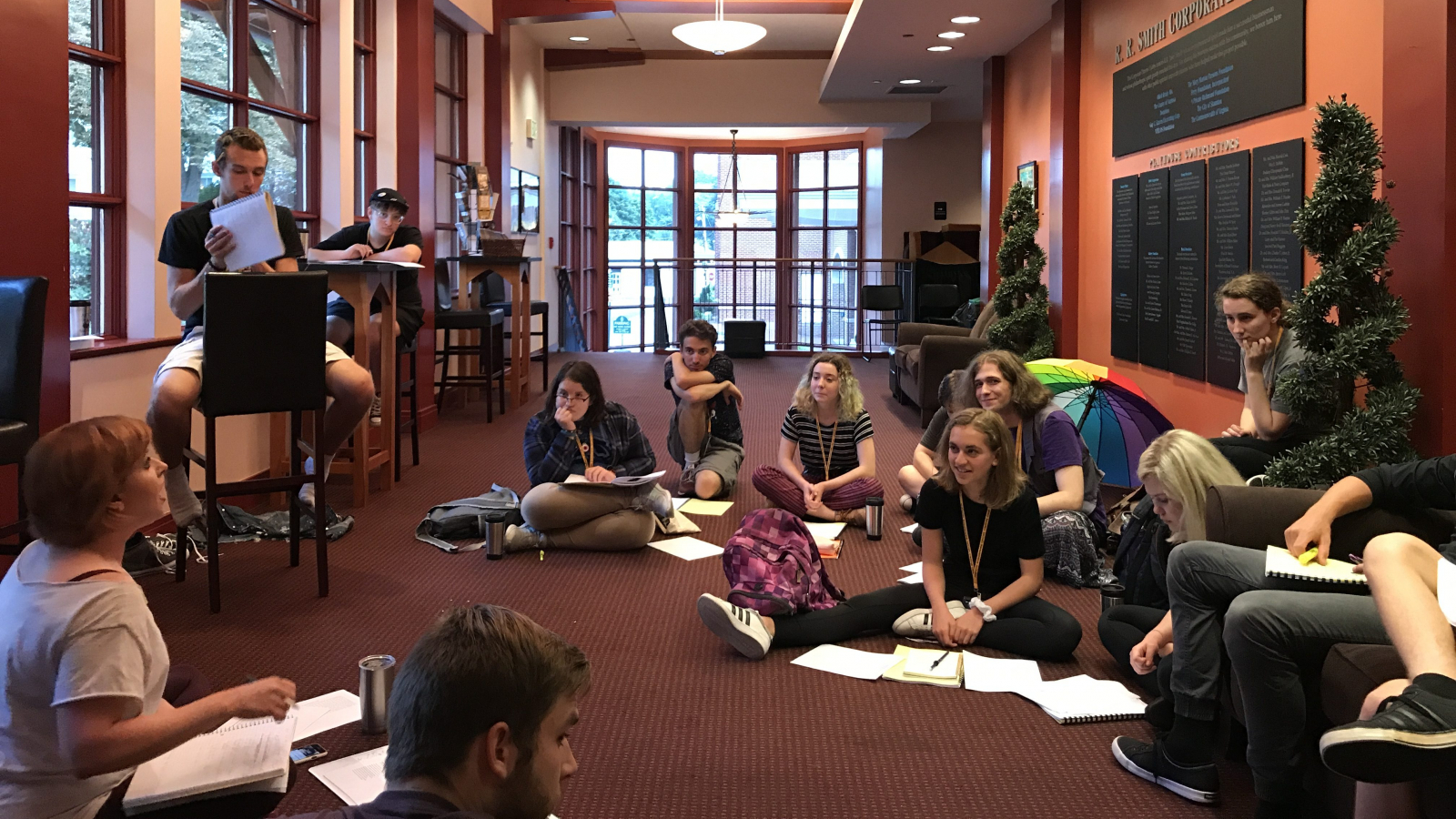 What we did: Emily began rehearsal with introductions of the artistic team. She then explained rehearsal and schedule expectations to the campers and introduced the concept for our production. Then, the cast did a read-through of the play.

Production insights: As a history major and general history nerd, I am very excited about our concept for this production and based on the gasps of enthusiasm from the campers, I think they are too. We are placing our production in the spring of 1919, about six months after the end of World War I. Our play takes place in Scarborough in North Yorkshire, England, where, in 1914 a German attack devastated the region. I find this intriguing for a few reasons. One, it works perfectly with the play as we will all come to see over the next three weeks. Two, being set in the aftermath of the appropriately titled “Great War” brings a melancholy feeling and depth that I feel this play deserves. Thirdly and lastly, the role of women in post-World War I Britain was nuanced in the main-stream in a way it hadn’t been before, with suffragettes and women in the workplace. Similarly, the role of women in Twelfth Night is unusual because of both the cross-dressing and the strength exhibited by all three female characters.