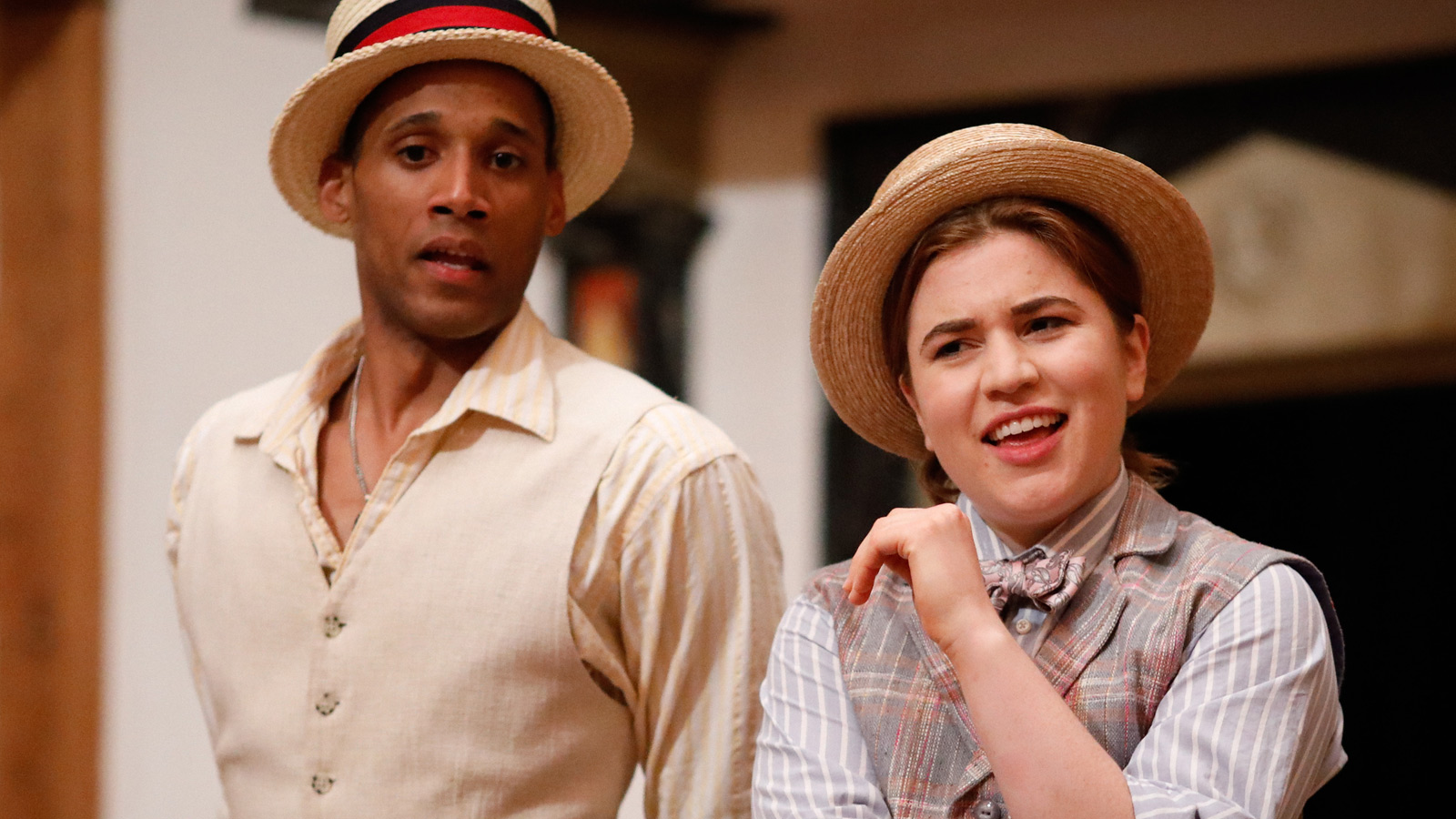 I often find myself asking my boss (Will, obviously) questions out loud.

“What’s up with all the cross-dressing?”

“What is up with that ending, Shakespeare?”

Okay, not so much the last one, because, sadly, he has been dead for four centuries…but I do sometimes feel like we are hanging out when I dig deep into what is happening with the plays that survive him.

And although Two Gents and Measure for Measure are runner-ups, I don’t think I have ever questioned a turn in a play more than the one(s) that end As You Like It.

I mean: a lion, a snake, fainting, transformation, god, conversion? All to tie up what has become an insane network of subplots and a world of characters’ transgressions THAT YOU WROTE, Will?? (Sorry, shouldn’t be yelling at my boss like that.)

In short, Shakespeare birthed a lot of children….characters that is. With their own individual, partially fleshed-out plots. How can he lose any of them? What’s left then? In the end, you have to sew the loose ends up. At least in As You Like It he felt the need to do so.

So. To use some theatrical terminology: that, my friends, is a triple (wish I knew the Greek word for triple) deus ex machina in action right there. Deus ex Machina is Greek for Lazy Playwright.*  You can see it in Hamlet (Pirates cited above) and elsewhere throughout the canon of western plays and literature. Anytime it seems incredible that something worked out (see all films in the US Romantic Comedy genre), you can pretty much find Deus ex Machina.  But three? One on top of the other? Only Shakespeare can do that.**

So, to the specifics:

While uber Shakespeare critic George Bernard Shaw said that As You Like It was “romantic nonsense”, I find his take on Shakespeare’s “optimism being distasteful” to be its own kind of nonsense. The ending of this play reinforces the joy it brings to audiences throughout. And even if Shakespeare resorts to “easy solutions” in the end, audiences do leave happy.

*mostly kidding
**and get away with it
***a nod to the INSANE amount of gender-bending going on: a man, playing a girl, who is now pretending to be a man

Special thanks to Steve Werkmeister for pointing out and narrowing in on the triple deus ex machina.