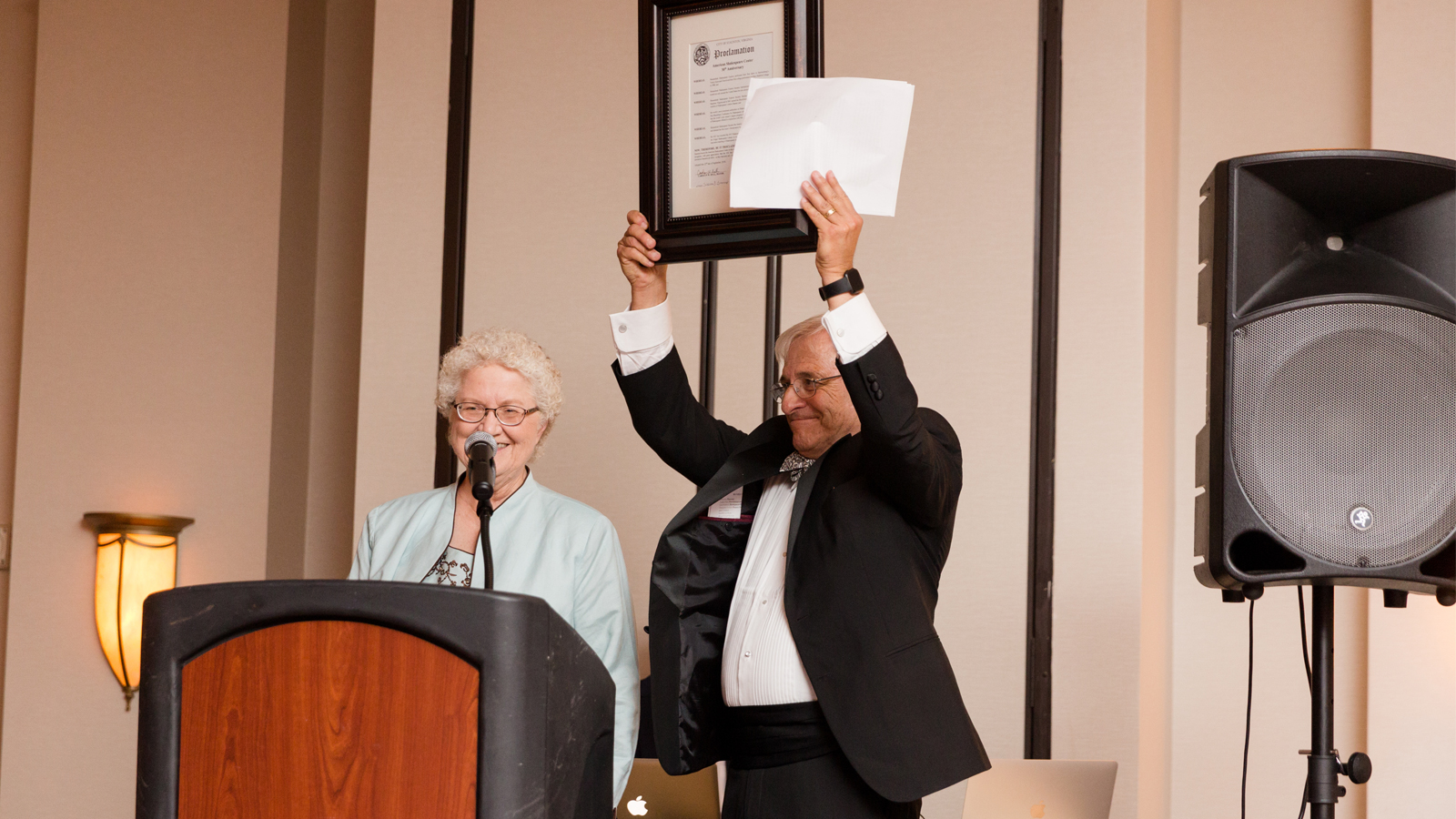 The Goodfellow Award honors persons whose contributions to the ASC have been fundamental to its mission.

STAUNTON, VA—The American Shakespeare Center (ASC) awarded the Citizens of Staunton with its annual Robin Goodfellow Award in recognition of 30 years of community support at its Annual Gala on September 22. Mayor Carolyn Dull was present to accept the award on the Citizens’ behalf.

The Goodfellow Award honors persons whose contributions to the ASC have been fundamental to its mission of making the joys of Shakespeare accessible to all. Previous honorees include Robert C. Vaughan III (former chairman of Virginia Foundation for the Humanities, 2017) and Thomas K. McLaughlin Jr. (architect of the Blackfriars Playhouse, 2016) among others.

“Citizens in every town have dreams,” said ASC co-founder Ralph Alan Cohen. “what makes Staunton different is a government willing to listen to those dreams. All of that is good economic development and good neighbor outreach, but the citizens, the management, and the elected officials of Staunton have also inspired us to want something more important than making tourists think of us as their travel destination. In this City of great listening, we want Stauntonians and our neighbors of all ages and backgrounds to think of us as their home.”

Mayor Dull presented the ASC with an official proclamation celebrating the company’s thirtieth anniversary, reading “The City of Staunton recognizes, with great appreciation, that the ASC has been the driving force of cultural development in downtown Staunton all while—as they famously say—doing it with the lights on.”