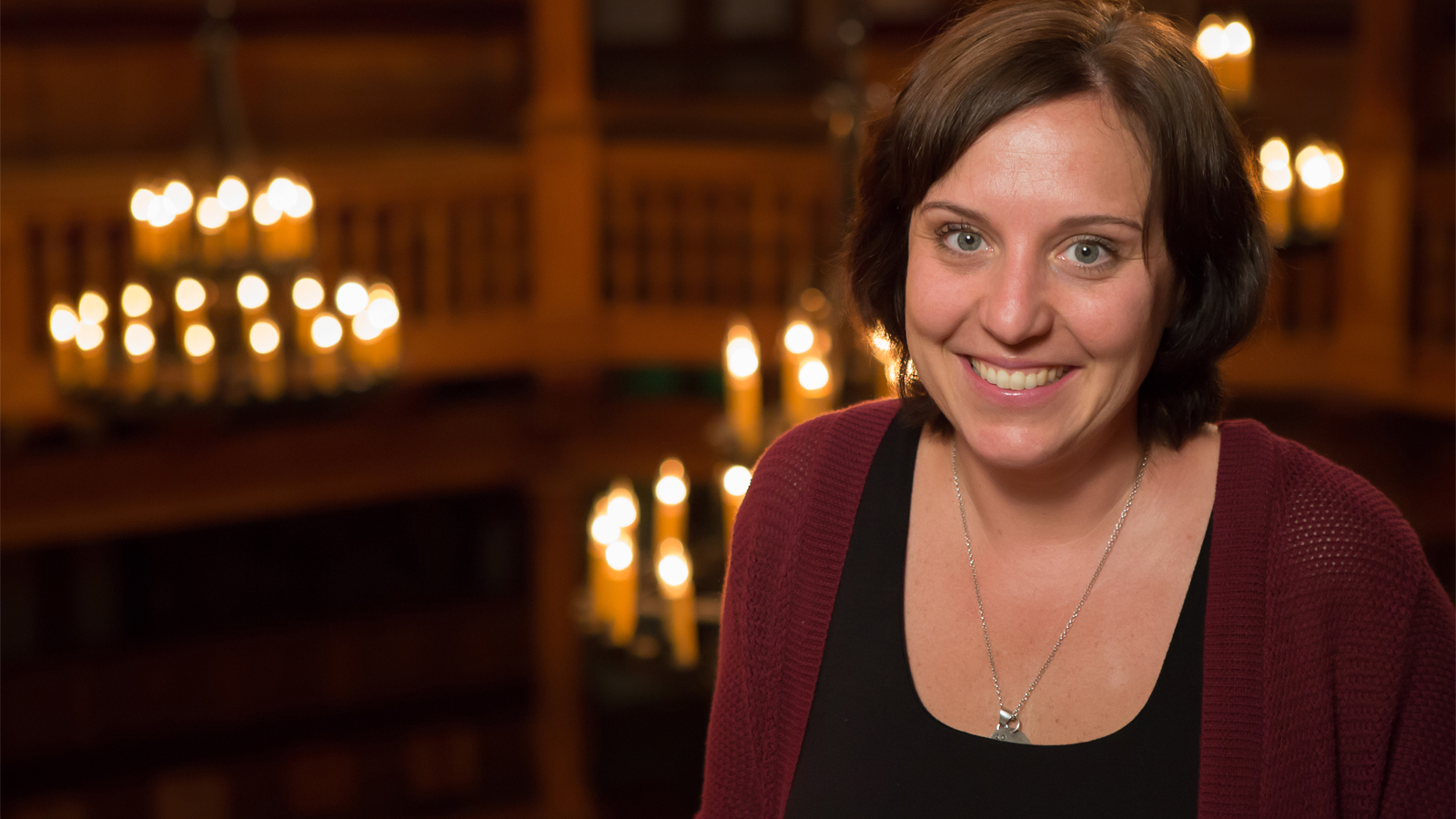 From Windsor, England to Windsor, NH, via Orlando, Shepherdstown, Maine, and Staunton.

In December of 2017, I traveled to Orlando, Florida for the National Showcase of New Plays, organized by the National New Play Network and hosted by Orlando Shakes. My goal was to spread the word about Shakespeare’s New Contemporaries to as many playwrights, theater artists, and new play advocates as possible. One of the people I talked to was Amy E. Witting. She was excited about the project, I gave her a flyer, we continued enjoying everything the showcase had to offer, and then went our separate ways.

Amy says, “On the plane home I [wrote] the first scene, which now appears later in the play, on a whim. It was fun, liberating, but I had no idea how I would make it connect to one of the four plays on the flyer. Out of the titles [being considered during that application cycle], I was only unfamiliar with Merry Wives so I bought a copy of the play and it clicked. I immediately felt a pulse of wanting to have a conversation with this play. It’s amazing what a play written many centuries ago unlocked for me as a contemporary writer. I found this submission call to be a profoundly liberating experience as a writer—one that helped me to connect the past with the present, and my own work with the canon.”

During January, she continued writing what would become Anne Page Hates Fun; building off that initial scene, she added more characters, a couple of songs, some introspective monologues, and more. She submitted it to Shakespeare’s New Contemporaries on the final day of the application window. And, after an anonymous, multi-tiered reading process, the play was selected in late May. 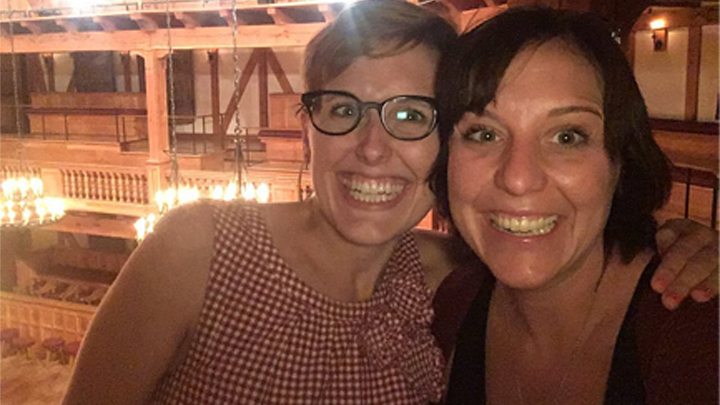 A few weeks after the announcement that we would be producing Anne Page Hates Fun, Witting found herself just two hours north of Staunton in Shepherdstown, WV, rehearsing her play The House on the Hill at the Contemporary American Theatre Festival (CATF). The proximity was too great an opportunity to pass up, and she joined us for the opening weekend of our Summer/Fall season, seeing As You Like It and Emma; taking a Playhouse tour; and mingling with artists, staff, and supporters at our opening night party. By the end of her visit, Amy was saying things like, “do you think [actor] will be back when you do my play? They’d be great as [this character]!” She left Staunton empowered to keep the ASC’s artists, space, and style in mind for future rewrites.

While at CATF, Amy decided to utilize the talented actors, interns, and staff who were there. She organized an impromptu gathering to further develop Anne Page Hates Fun. Since CATF is only two hours north of Staunton, I drove up to join the crowd in Amy’s small living room. We heard the play out loud for the first time. We heard where people chuckled, where they stumbled over phrases, and where they really got into it. Immediately after, Amy was itching to get to work. We discussed the role of a character and, as a result of that conversation, that character has been cut (a rewrite that is much easier to implement before any permanent casting decisions are made!). We also debated the order of a few scenes and whether or not a character might appear in more scenes than they did in that draft. 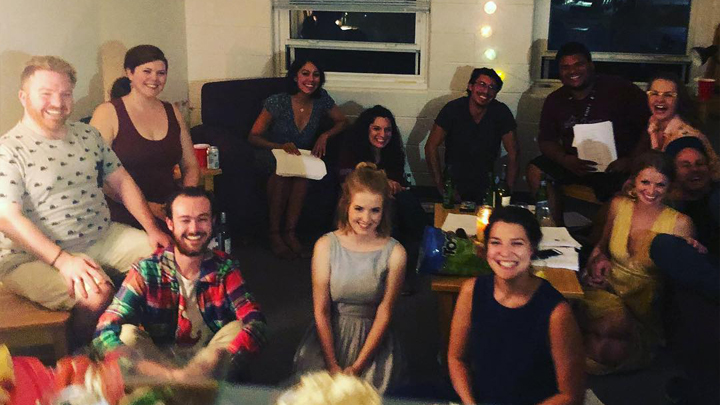 In the week that followed, Amy prepared for rewrites and wanted to know our suggestions. To avoid contradiction, redundancy, or confusion, the ASC’s new Artistic Director Ethan McSweeny, Associate Artistic Producer Jay McClure, and I met as a group to discuss the current draft. I coalesced that conversation into notes and sent them to Amy. These notes were extensive and wide-ranging, exploring the structure of Amy’s play, individual characters, connections to the Shakespeare play that inspired this piece, production elements like props and costumes, and much more. The notes asked questions like “what is [character’s] relationship to the town of Windsor?” “How can the play efficiently move between locations and scenes?” “Would it be helpful to see an additional scene between these two characters?” Undaunted by the volume of feedback, Amy took the notes in stride. She went on a writing retreat in Maine where she re-read The Merry Wives of Windsor, pondered our notes, gazed at the water, and began rewrites. 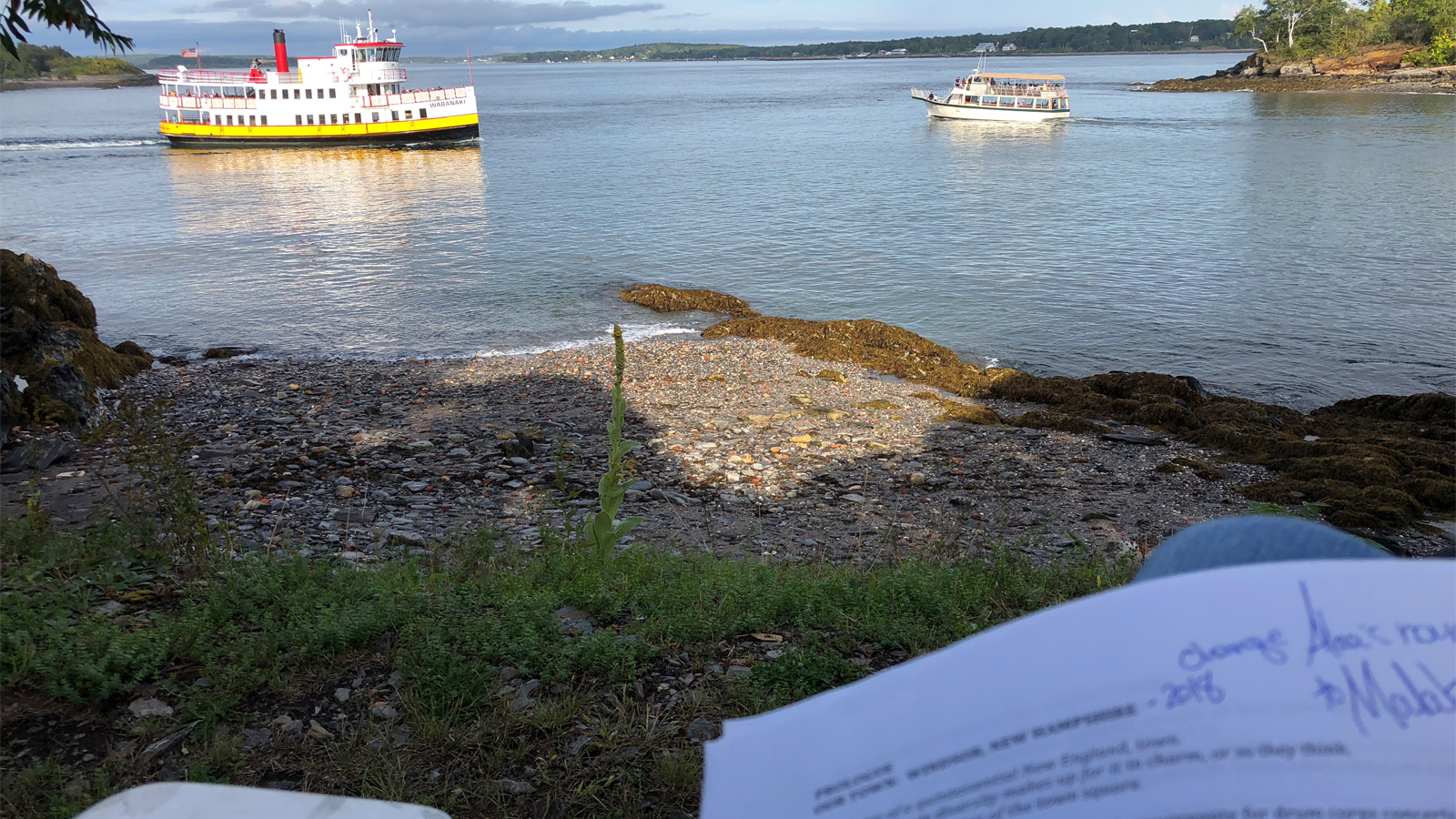 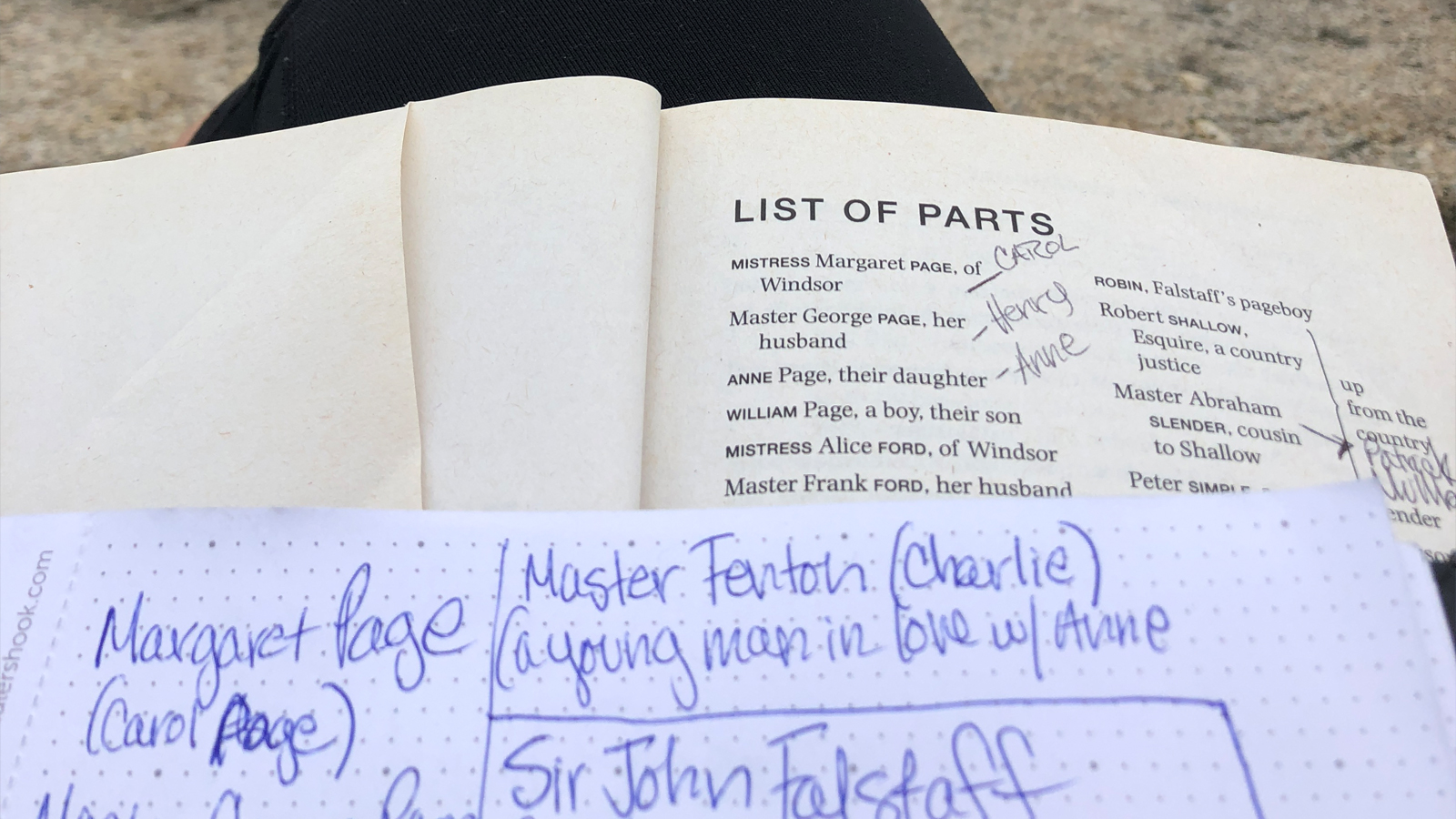 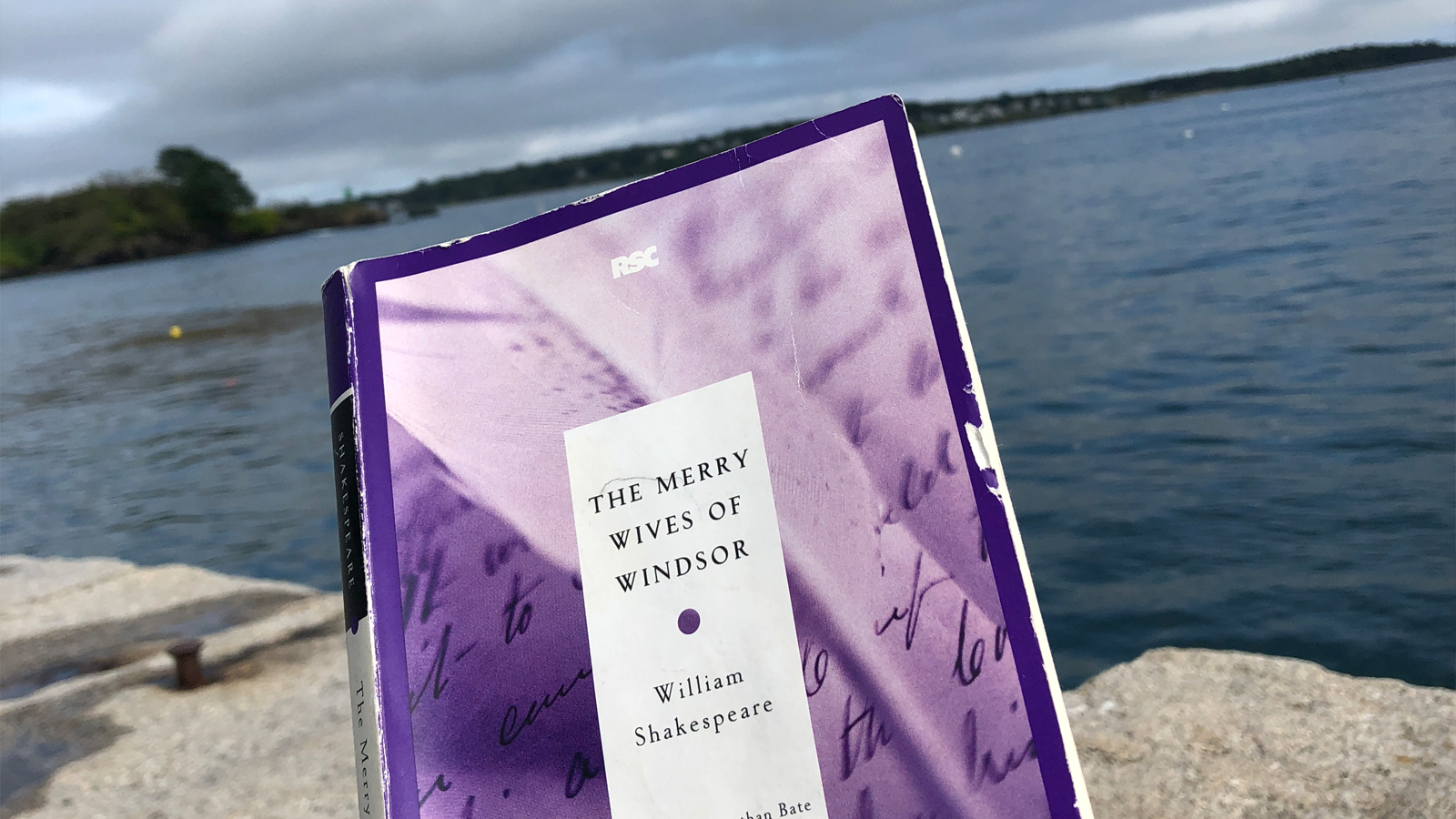 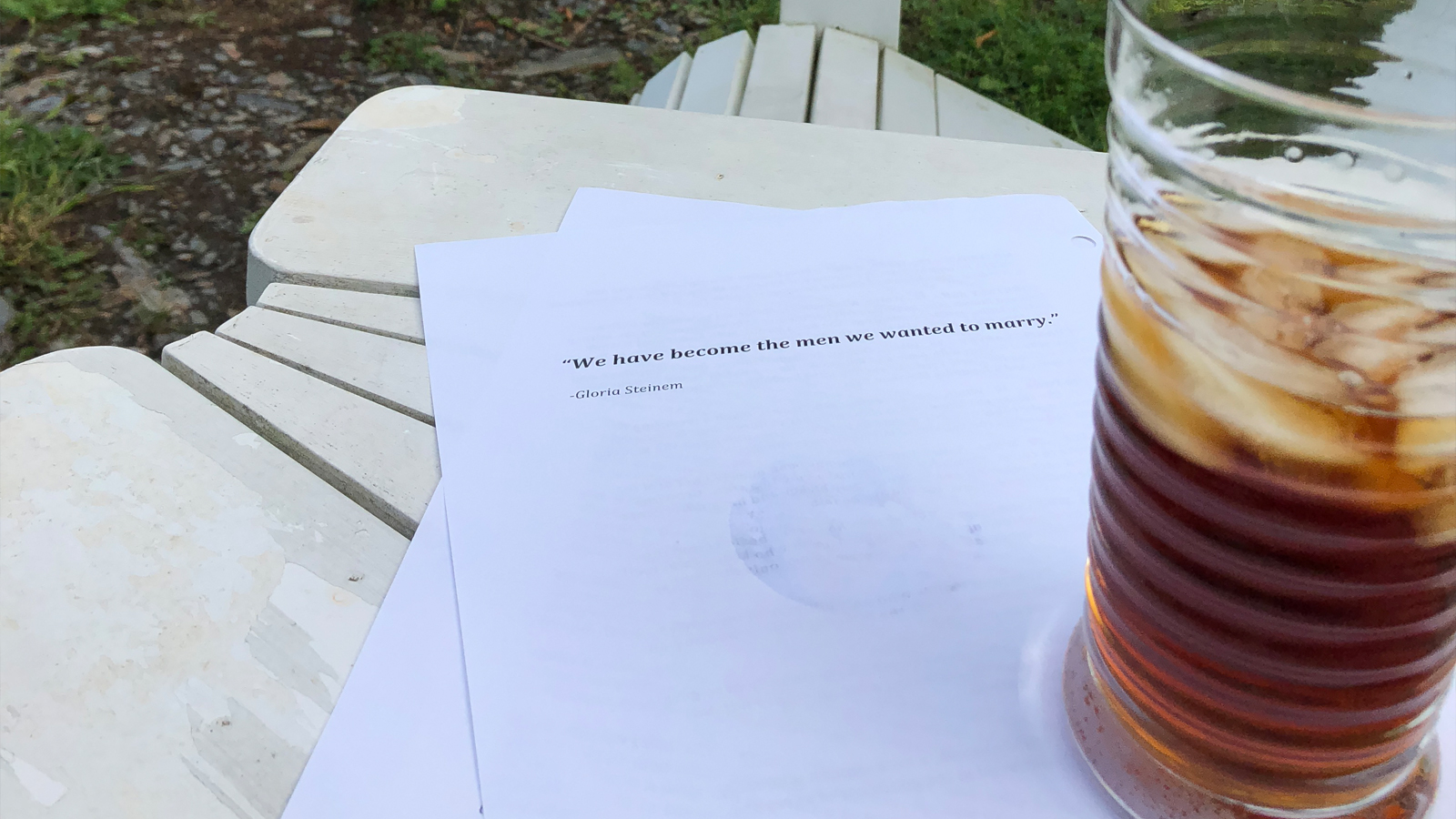 About a month later, the new draft was complete. It was stronger and clearer than its predecessor; it contained new scenes, re-named characters, re-ordered scenes, and more. Amy and I had a coffee date (thanks to Skype) and talked through how she felt about the rewrites and voice some questions that we wanted to keep in mind moving forward. Now, we are in the process exploring those questions (and more) in a script development workshop, where Amy is learning how a director and actors dig into her text, making rewrites, and seeing how certain moments might be realized on stage. This process will culminate in a Staged Reading at 7pm on Sunday, October 28th. (By the way, you’re invited!  Tickets are free and available here.) 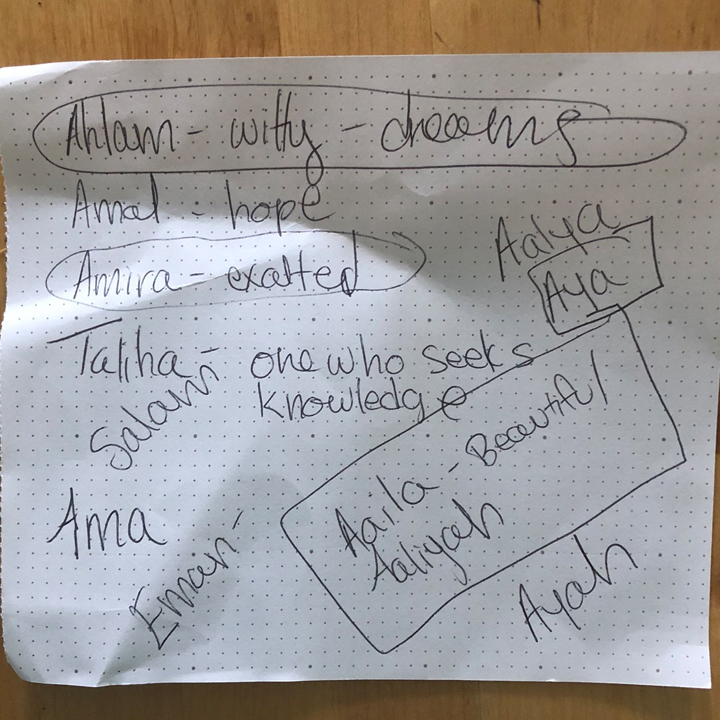 After the reading, Amy will take what she has learned and make additional rewrites. Ethan will begin preparing to bring the play to life, actors will begin memorizing, designs will be rendered. Rehearsals for the production begin in early January with performances beginning in February.

Legend has it that Shakespeare, at Queen Elizabeth’s behest, wrote The Merry Wives of Windsor in just fourteen days. Four hundred years later, fourteen months after Amy E. Witting heard about Shakespeare’s New Contemporaries for the first time, the ASC will premiere her response to that play: Anne Page Hates Fun.