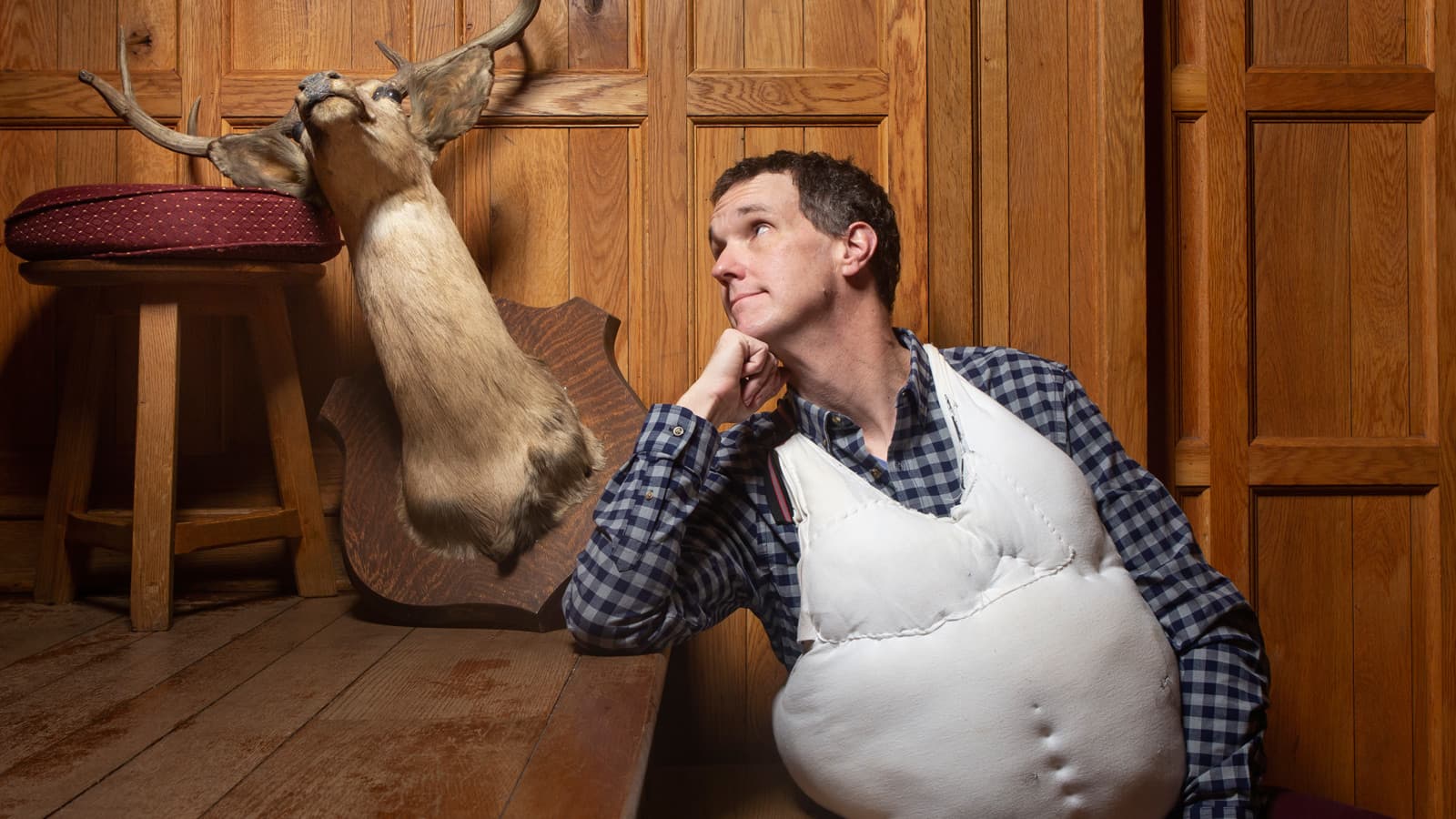 Tell us a little bit about yourself (where you’re from, how you came to work/know about ASC)

I was a freshman at James Madison University in 1988, the same place and time that saw the birth of the forerunner to the ASC, the Shenandoah Shakespeare Express. I saw their first production, Richard III, and decided that I wanted to audition. I worked with the company all through college, then graduated and moved away from Virginia. I returned for a tour in 1996, now the only JMU graduate in a company of professional actors, then came to Staunton in 2002 after the Blackfriars opened. I have been with ASC ever since, with the exception of the summer and fall of 2017, which I spent at the Utah Shakespeare Festival.

I don’t know if this is true for all actors in the Renaissance Season, but for me the most formidable hurdle to performance under such tight time strictures is memorization. I usually spend the month of December just trying to cram lines into my head so that when I show up for rehearsal I can at least have some idea of what I want to try to do. I always tell my acting students (and they never seem to know what I’m talking about) that every performance of mine is really just a mnemonic device for itself. It’s in memorizing the lines that I come to understand each character that I’m playing and to develop some ideas of how the scene should go.

I’m playing Falstaff in both Merry Wives and Henry. He’s one of Shakespeare’s most beloved characters, which makes him both exciting and intimidating to play. I want my performances to be my own and not just imitations of the wonderful Falstaffs that I’ve seen on our stage before, but I also don’t want to be irresponsible with the text simply in order to do something new. It’s a challenge.

What should people expect when they come to see Merry Wives? Any insider tidbits to look for?

Falstaff is fat. Practically everybody in each play talks about it all the time. The synonyms for obesity that Shakespeare has invented are plentiful and rich. I am a (relatively) thin actor and so I’m wearing fat suits. Shakespeare gives us two very different Falstaffs in these two plays, so look to see if my two different fat suits say anything about the character.

Arden of Faversham is recognizably a true-crime play. The story would make a juicy, trashy late-night documentary.

What do you think is the biggest misconception people have about the work we do at American Shakespeare Center?

It surprises me to learn that people still assume the ASC practices a stuffy, re-creationist approach to Shakespeare, with ubiquitous formal dancing and ruffed collars. We definitely don’t do that, and it’s especially true in the Actors’ Renaissance season. We are entertainers. Our shows are fun, diverting, and occasionally beautiful.

If Chris Johnston left the ASC, we’d have to hire three full-time employees to fill the gap.