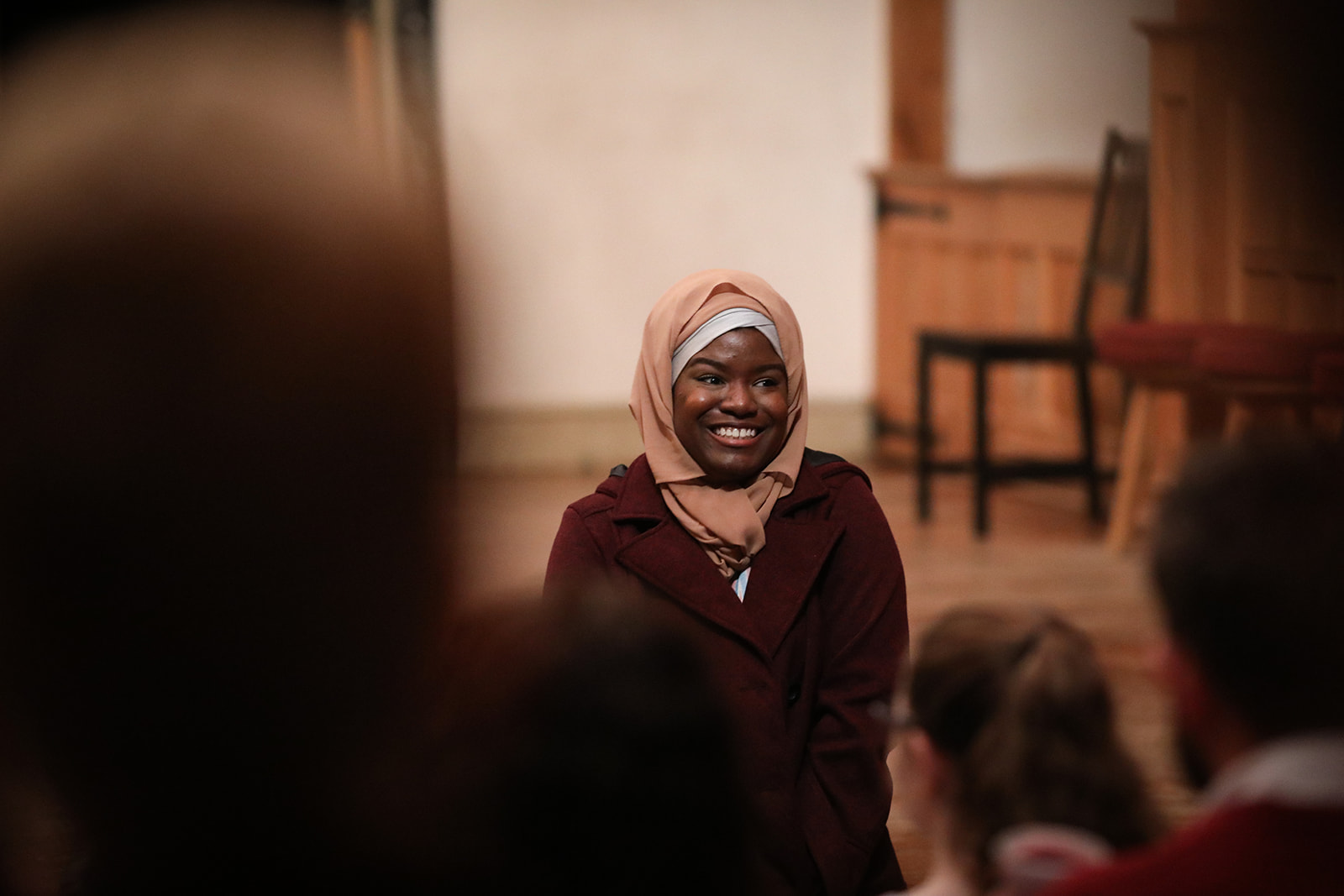 I grew up all over the place, moved about every year and a half, but came here from Houston, Texas where I got my BFA from the University of Houston School of Theatre and Dance. The director of the graduate program invites ASC down every year to hold auditions; I got to sit in on one my sophomore year, and was blown away by how the audition was set up. Everyone was encouraged to connect with the people actually in the room, not an exit sign! People were playing multiple instruments, and reading for Juliet and then swapping and reading for Romeo – it was so cool! Then the next year, I got to see the touring troupe while they were in Austin and my love grew. I auditioned every year for three years and have been here since 2016.

What kind of prep work do you do for the Actors’ Renaissance Season in particular?

I mainly focus on memorization, that’s when my creative juices really start flowing. Any ideas that I have about the world of the play that come to me during that process I write them down, flesh them out, and bring to the room.

I’m excited about all of them, honestly. I’ve never done any of these plays, so it’s been cool getting to explore!

Tell us what happens in Merry Wives in 5 sentences or less.

John Falstaff, strapped for cash, decides to woo two women – Mistress Page and Mistress Ford, at the same time and with the same love letter – in order to con them out of their money. Falstaff gets caught, because comedy, and the women decide to join forces and prank him, while using him to teach Mistress Ford’s jealous husband a lesson about mistrust. SUBPLOT: The Pages are trying to arrange a marriage for their daughter, Anne; Mistress Page wants her to marry Caius, a doctor. Master Page wants her to marry Master Slender and Anne wants – doesn’t matter, ‘cause her parents don’t care and won’t care until the end of the play. SUBPLOT: Two foreigners to Windsor, Doctor Caius and Parson Evan Hughs almost fight one another because of the trickery of some townspeople…There are also fairies.

What should people expect when they come to see The Merry Wives of Windsor? Any insider tidbits to look for?

Audiences should expect a fun show! I love seeing two women cracking jokes and playing pranks on men together instead of fighting over them! We’ve been finding a lot of ways for all of the plays to communicate with each other, so I’m excited to see what the audiences notice.

How have you applied your experience playing Anne Page in The Merry Wives of Windsor to playing Aaliyah Essam in the companion play Anne Page Hates Fun, set in modern day?

Applying Anne to Aaliyah has been very easy for me. I’ve had a lot of fun exploring the frustration that Anne feels in Merry Wives, because she doesn’t get to speak much, and channeling it through the voice that Aaliyah has in Anne Page Hates Fun. It’s liberating!

If you really want to know what collaboration is, do a Ren season at the American Shakespeare Center.