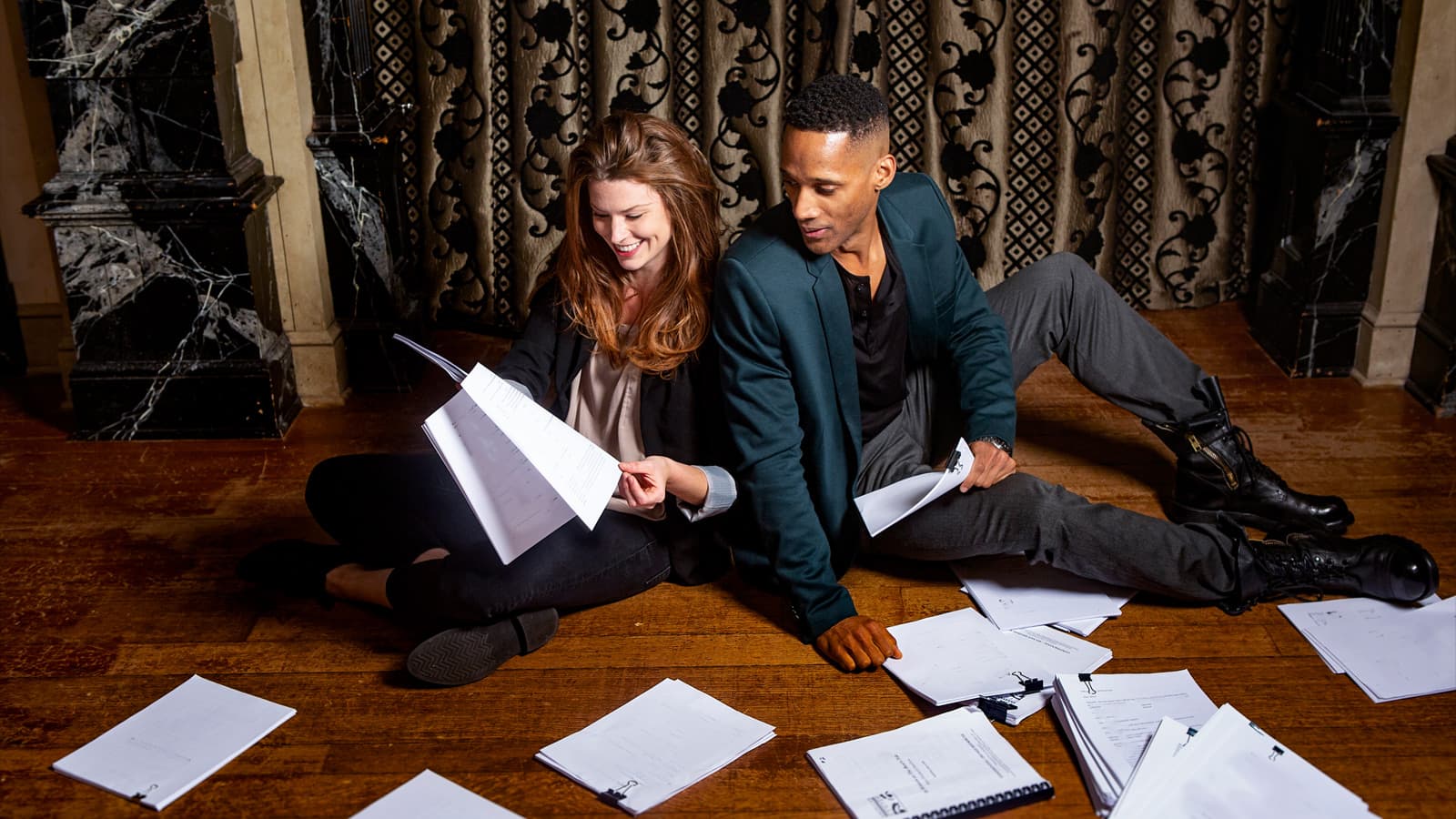 Amy E. Witting’s new play is a companion to Shakespeare’s The Merry Wives of Windsor

Shakespeare’s New Contemporaries (SNC) is a groundbreaking, industry-changing undertaking to discover, develop, and produce a new canon of 38 plays inspired by and in conversation with Shakespeare’s work. It’s an opportunity for playwrights of every background, perspective, and style to engage with Shakespeare and his stage practices. It’s ASC’s opportunity to bring living writers to the world’s only re-creation of Shakespeare’s indoor theatre.

“With the Shakespeare’s New Contemporaries project, today’s playwrights invigorate, enhance, and complicate our understanding of Shakespeare’s canon, while, in turn, his plays and his playing conditions push 21st-century writers to go beyond the bounds of contemporary theatrical conventions,” says artistic director Ethan McSweeny. “I couldn’t be more excited to launch this important initiative with Amy’s beautiful and insightful play.”

Unsmiling and unmarried, Anne Page has been content teaching English at her old high school, hoping to inspire at least one student a year. But when her childhood best friend is stricken with illness and her foreign exchange student begins challenging expectations, Anne must find her own voice again. Romance, humor, and a loving portrait of contemporary small-town life blend in this new play inspired by Shakespeare’s The Merry Wives of Windsor.

“I am delighted that Anne Page Hates Fun is the inaugural production of Shakespeare’s New Contemporaries,” says literary manager and dramaturg Anne G. Morgan. “In her light-hearted and moving portrait of a 21st-century small town and its denizens, Amy E. Witting responds to Shakespeare’s The Merry Wives of Windsor with a critical eye and a generous spirit.”

Witting received her MFA in playwriting from Hunter College and is the recipient of a Jerome Foundation Emerging Artist Fellowship and The Anne Freedman Grant. Her past work includes The Midnight Ride of Sean & Lucy at the Roundabout Underground Workshop and The House on the Hill which premiered last summer at the Contemporary American Theatre Festival.

“The year-long process from page to stage has been intense and rewarding,” says Witting. “The support of the incredible artists and staff at the ASC have helped the play grow immensely and I couldn’t be more grateful.”

Anne Page Hates Fun runs with its Shakespeare counterpart The Merry Wives of Windsor and with Henry IV, Part 1. Single-ticket seats start at $30 and can be purchased online at AmericanShakespeareCenter.com or by calling the box office at 1.877.MUCH.ADO. Post-show talkbacks occur at every Thursday night performance; a special post-show talkback featuring playwright Amy E. Witting and director Stephanie Holladay Earl follows the February 7th performance. Pay-what-you-will performances are on February 7 and 8. Pre-performance lectures are on March 1 and April 14. Additional pay-what-you-will performances are available to the Pay What You Will Club. Student, Senior, Military, and AAA discounts are available. Groups of 10 or more who order together save 20%.